The Year of the Horse: Chinese New Year in London 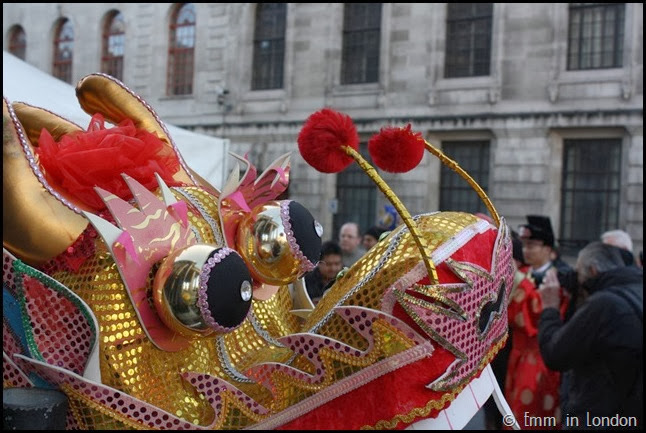 Late on Saturday evening, a friend of mine asked whether I was going to be in London early enough on Sunday morning to catch the Chinese New Year parade. I simply wasn’t able to answer him because I was in no way ready to commit to being in the centre of London by 9am on a Sunday morning, especially one that was expected to be so cold.

So I have to admit to feeling more than a little smug as my train tore through south east London on a bright and sunny winter morning. I was sleep deprived and craving caffeine but somehow London always feels magical when the sun shines. And the moment I walked out of Charing Cross Station into Duncannon Street, I knew I had made the right decision.

It was just after 9am and already the air was electric, with groups of men, women and children dressed up in exquisite outfits. It was an explosion of fine fabric, bright colours, sequins, glitter and finery.

For just one moment, I stood still and lost myself in the atmosphere. Goosebumps raised on my arms and I felt slightly giddy, and I could see those same emotions reflected in those around me. 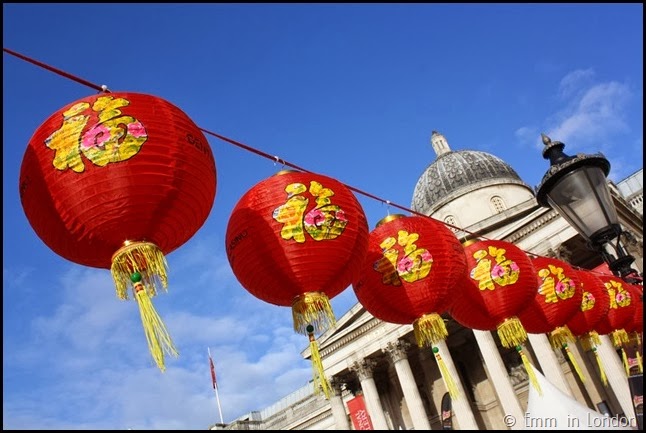 I soon made my way up to Leicester Square station where I met up with Sarah and we snagged a fantastic spot for the parade. Let it be known that we valiantly defended our spot too and even had to resort to devious means at times to ensure that we were in a prime photographic position!

Sarah gave me some super tips on how to shoot with shutter priority so hopefully you can see that in my photos. Oh, and I might have broken my ten photograph rule! 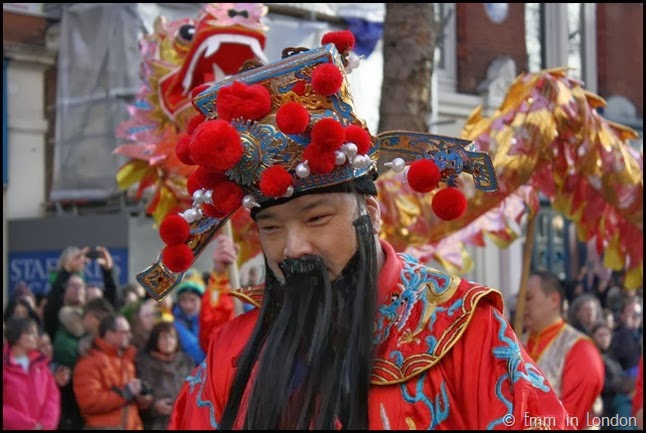 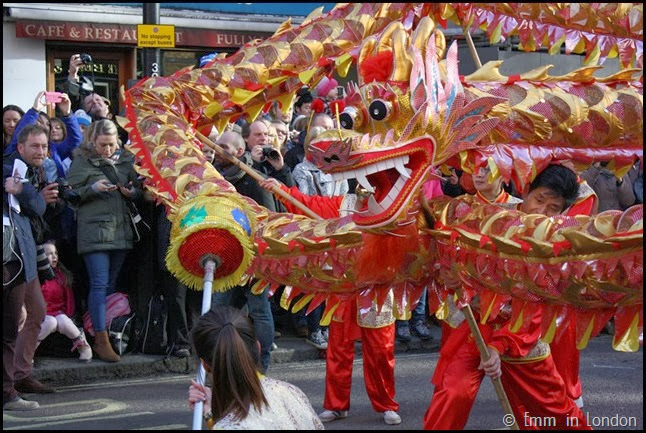 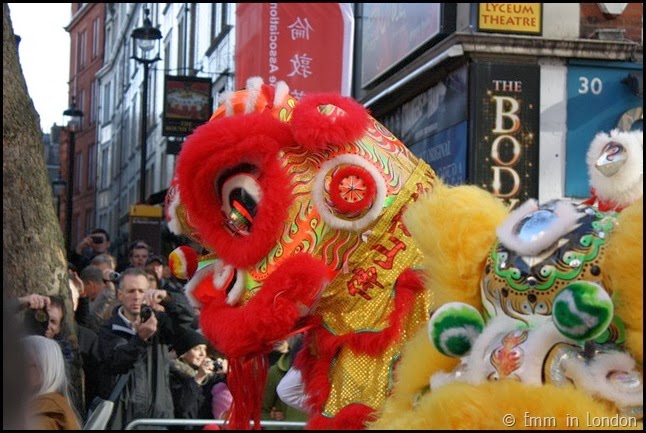 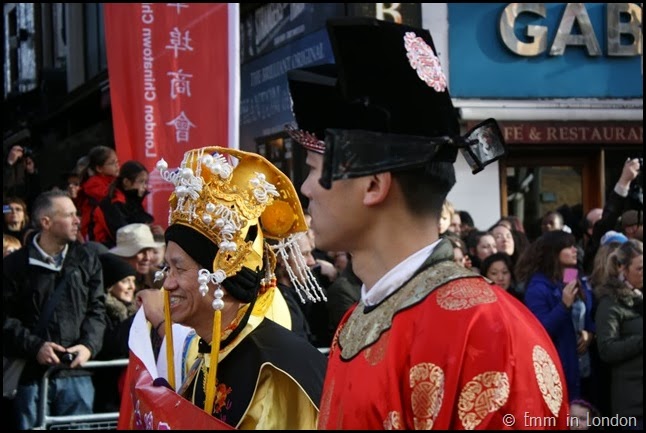 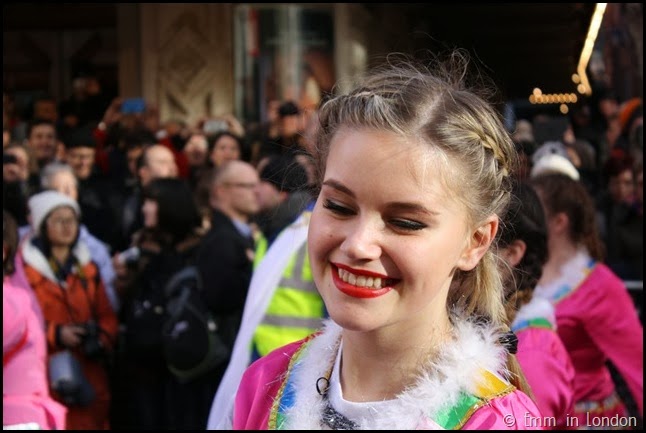 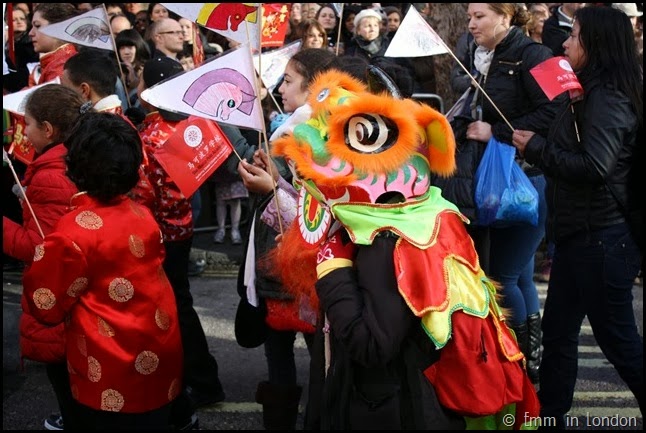 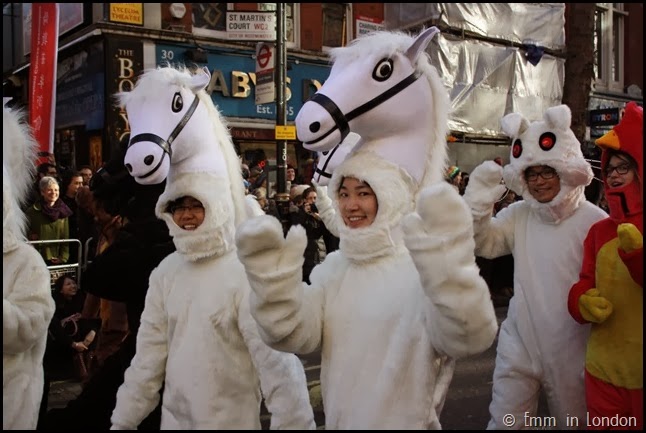 Sarah and I only figured out after the parade why there were people dressed as horses – 2014 is the Year of the Horse! 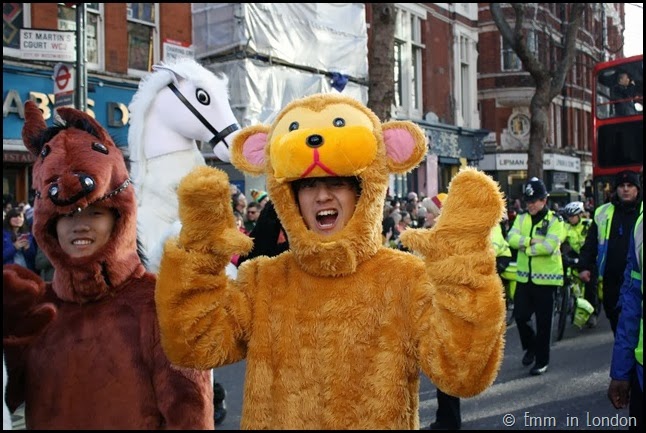 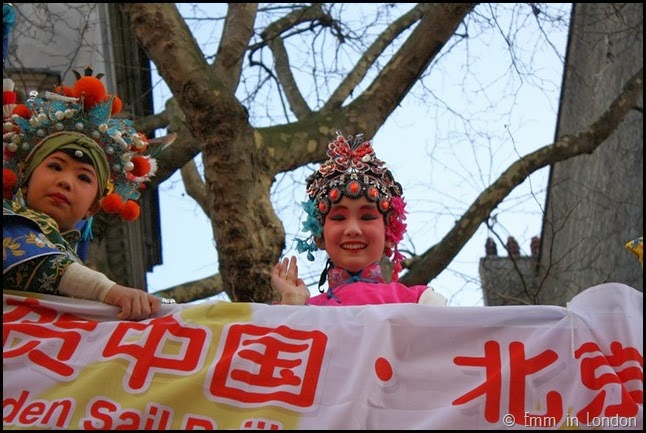 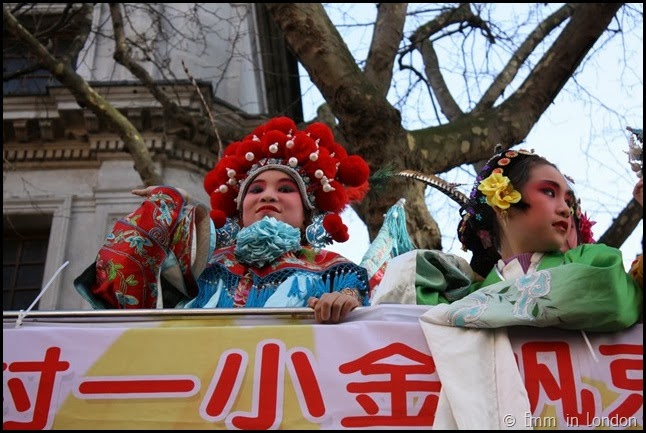 After the parade, we took a quick walk around Chinatown before the crowds descended. Can I just say what a very good idea that was? Even at 10:30am, the crowds were beginning to overwhelm us.

I have to say that we were very lucky indeed to get a table at the Lido restaurant on Gerrard Street. We were really impressed with their service, prices and delicious dim sum and I’d love to go back one day. 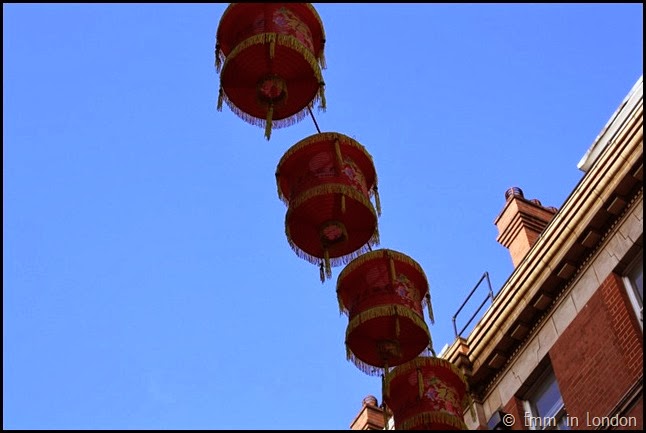 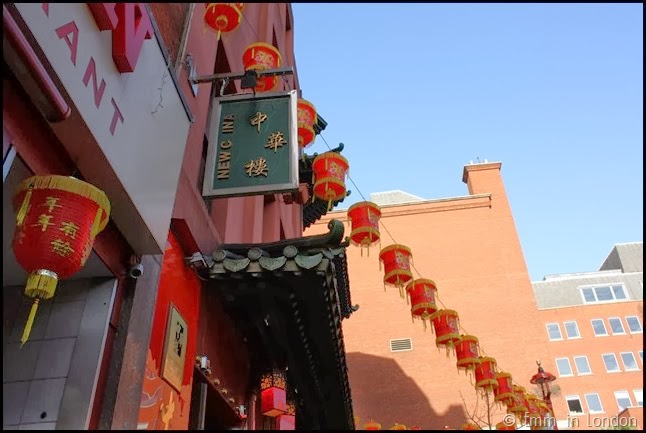 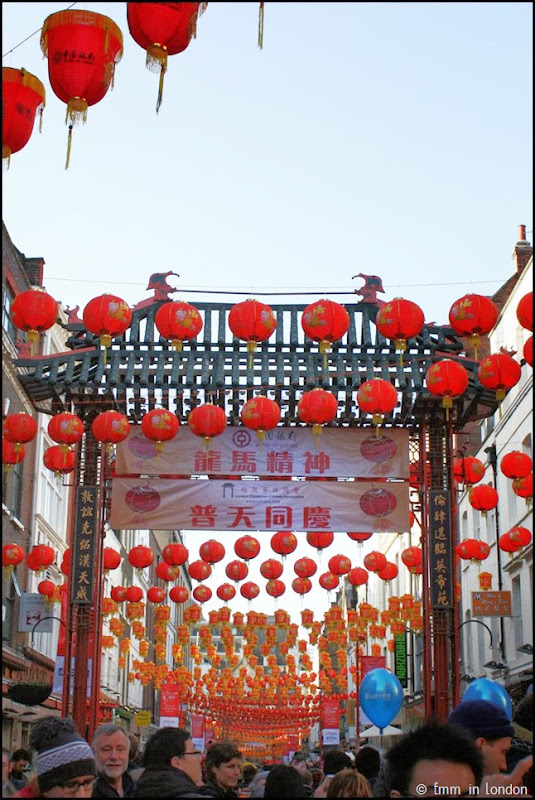 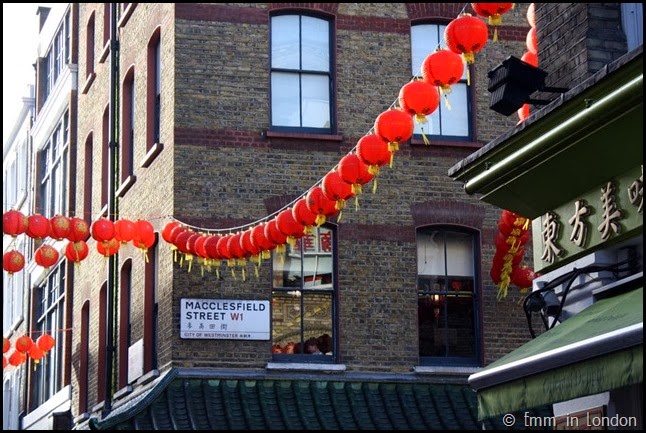 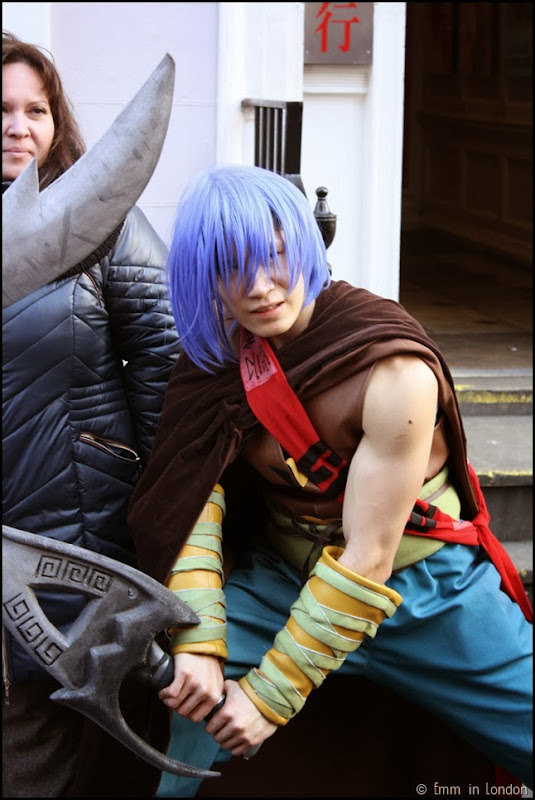 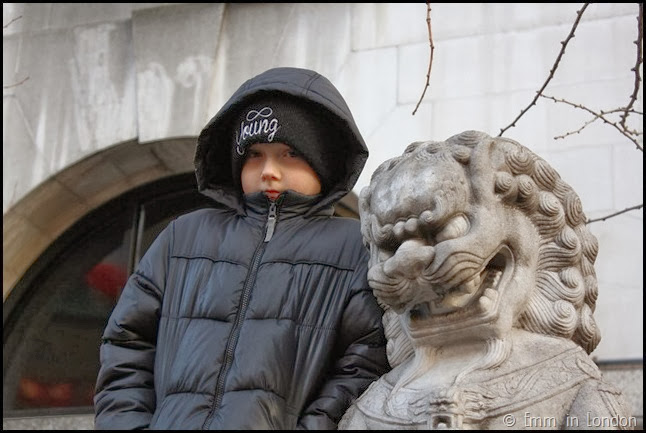 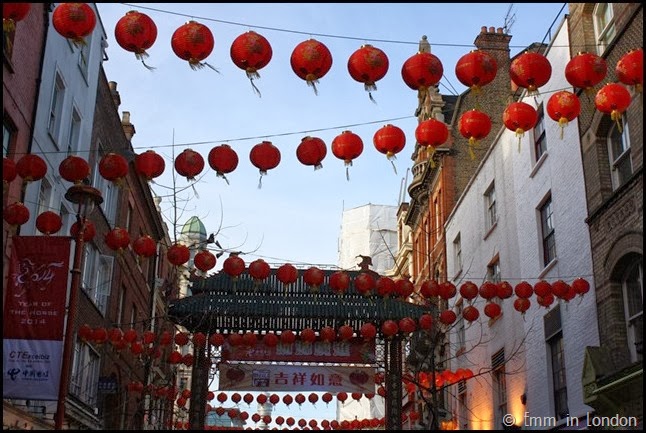 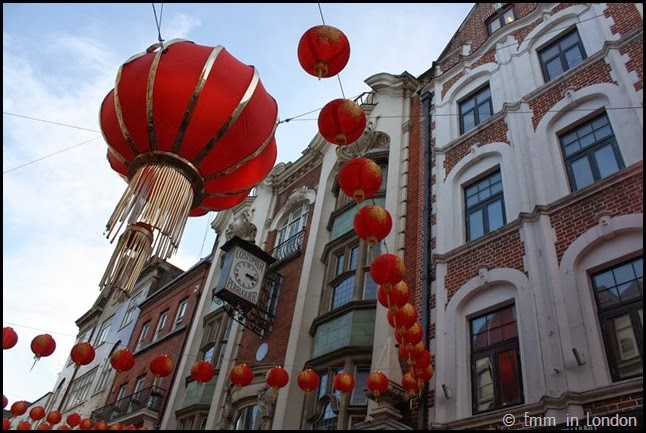 It was a super day with lovely friends and I’m really glad that I finally made the effort. Would I brave London again on Chinese New Year? Probably not. If we hadn’t made it for the parade in the morning, I’m not sure whether the crowds would have been bearable. But it was a fantastic day out and has left me with a greater appreciation and interest in Chinese culture and food and a yearning for more dim sum!

Did you attend Chinese New Year in London or anywhere else in the world?