Rosé d’Anjou and Kebabs at the Queen of Hoxton, Shoreditch 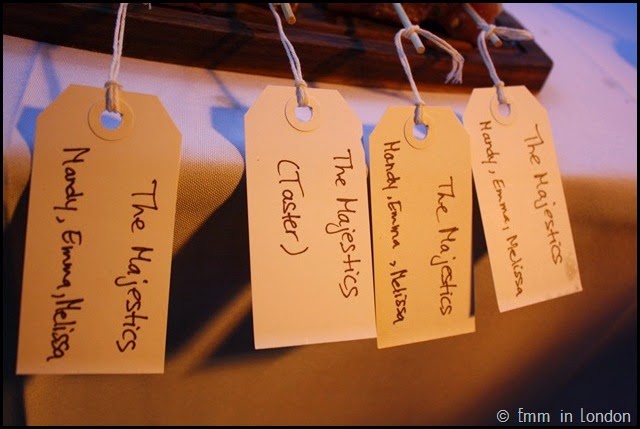 One of the most exciting aspects about being a blogger in London is that you get invited to a lot of events. Of course, working full time and living a fair distance from London means that I don’t get to say yes as often as I would like to. When I was invited to spend an evening at the Queen of Hoxton in Shoreditch for an evening of ‘pink pleasures, food and photography’ I was intrigued and knew I couldn’t possibly say no! Read on to find out how I along with Melissa from Wanderlust and Emma from Adventures of a London Kiwi made a most majestic team and almost found fame and fortune.

The Queen of Hoxton is a very cool bar which I have wanted to visit for the longest time. It is just my type of place with a games room and vintage pinball machine – have I told you before that I was a pinball junkie back in South Africa? I used to be pretty good at it! The walls of the bar and stairwell are adorned with commissioned graffiti and art from the likes of Jamie Burbidge and Animaux Circus. I’m a little sad I didn’t take any photos but that just means I’ll have to go back one day soon and do so.

The rooftop area of the bar is famous for its Rooftop Film Club where open air movies are shown and viewers provided with blankets and headphones. For our visit, the rooftop was converted to a pink oasis for a serious evening of wine tasting, food consuming and kebab making. 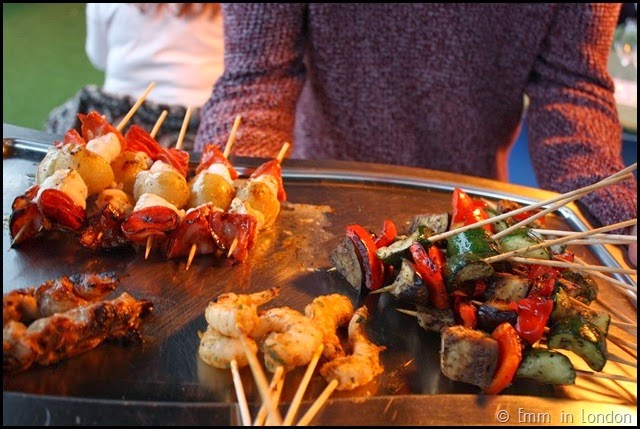 First we were treated to some canapés. Normally I wouldn’t really bother to blog about canapés but those Cuttlefish with Chorizo & Potato kebabs you can see in the top left corner were sublime and the Lemon and Thyme Chicken Kebabs weren’t half bad either. 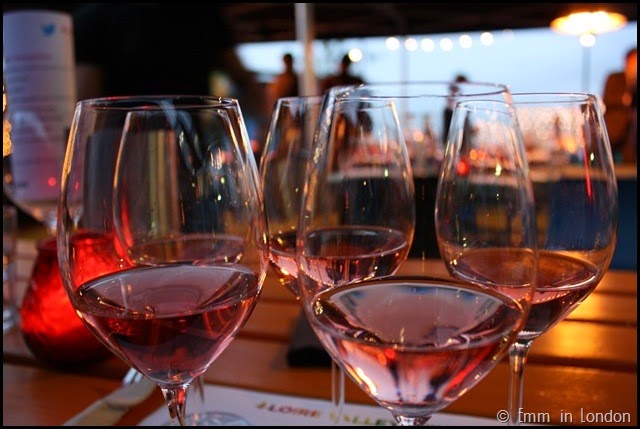 Up next was the serious business of wine tasting. We were there to taste the Rosé d’Anjou collection of off-dry rosé wines made mainly from the grolleau grape from the Anjou region in France. Now you might know that I am not much of a wine drinker but as our host Douglas took us through the process of wine tasting, first swirling the wine while appreciating the soft raspberry hues, varying consistencies and the different aromas of the wine, I really began to enjoy myself. 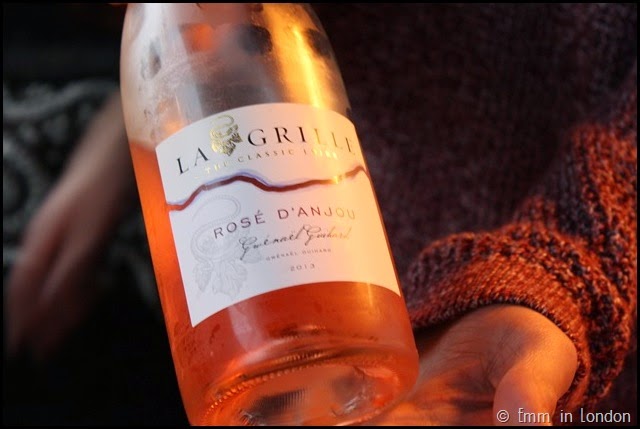 Our first wine was the 2013 La Grille Rosé d’Anjou. There were hints of strawberry and blackberry in the aroma and I expected it to be sweeter because of the way the wine clinged to the glass but it was really nice and refreshing. 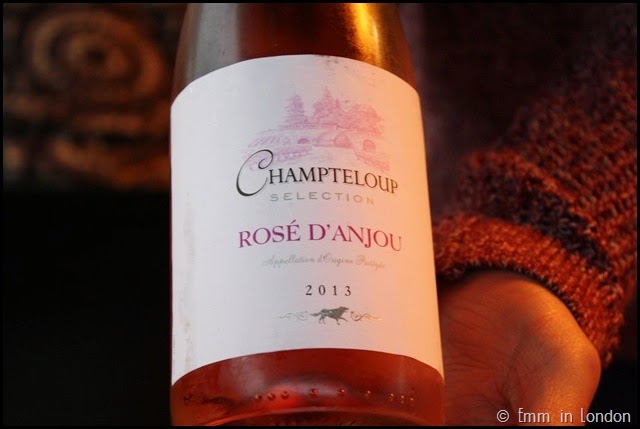 Next was the 2013 Champteloup Rosé d’Anjou. This might sound like a strange thing to say but to me, this wine smelled like the seaside with a hint of watermelon. It was quite different from the first wine we tasted, perhaps more of an all-rounder. 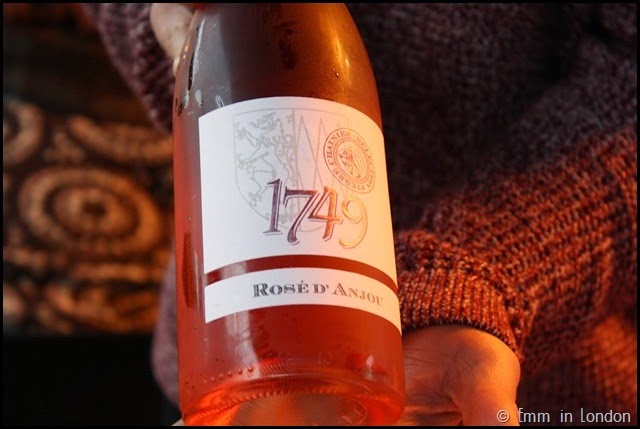 I think this might have been a 2012 vintage but in any event, the 1749 Rosé d’Anjou was my favourite of all the wines we sampled. It smelled slightly bitter but in a good way and we were told that it would go really well with spicy food. It was delicious, really lovely. 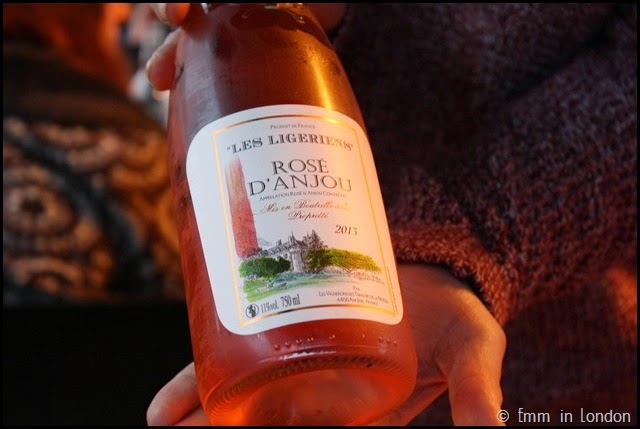 Our penultimate wine was the 2013 Les Ligériens Rosé d’Anjou. This wine had a bright salmon pink colour and is made from the Groslot grape. As crazy as it sounds, it seemed to have a slight earthy, mushroom aroma and was very nice. 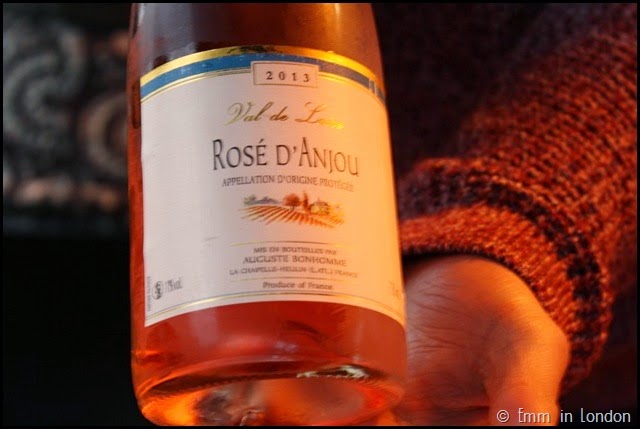 Finally we sampled a 2013 Val de Loire Rosé d’Anjou. We were told that this wine had strong British links, presumably through Margaret of Anjou and that it had a natural recipe. This was perhaps the less impressive of the wines for me.

With our knowledge of wines suitably enhanced, we were then treated to a short food photography tutorial by Paul Winch-Furness. This was definitely a highlight of the evening for me and two things that stood out for me most were to shoot into the light (the shadows over your food will look better) and to zoom out and try give your photos some context. Mostly, don’t be afraid of people’s hands or movements as this shows a dynamic rather than static experience. 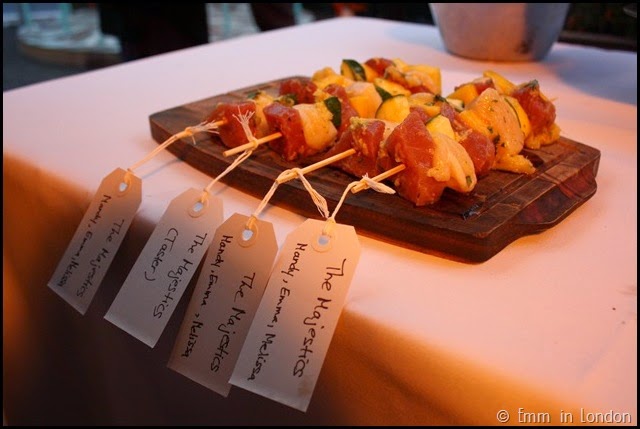 Now onto the majestic part. Our final challenge for the evening was to make a kebab from scratch. Now you might know that while I can cook, I have an almost phobic response to cooking so lets just agree that my poor team began at a disadvantage. Nevertheless, with some expert tutelage from the Queen of Hoxton head chef Daniel Ashley, Melissa, Emma and I crafted a series of scallop, tuna steak, mango and courgette kebabs, in a lime, chilli, mango chutney, ginger and coriander marinade. 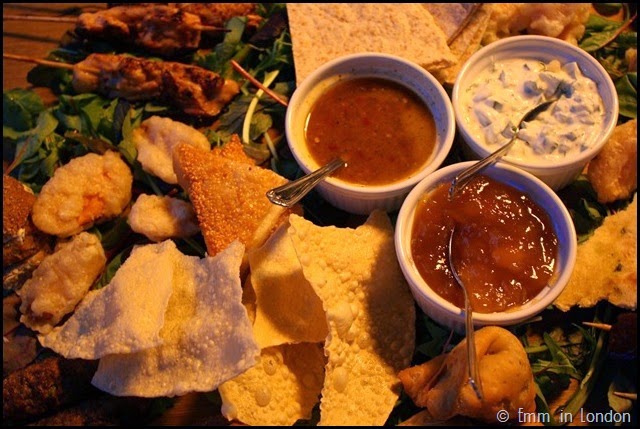 …ate a delicious sharing platter and sampled some more wine… 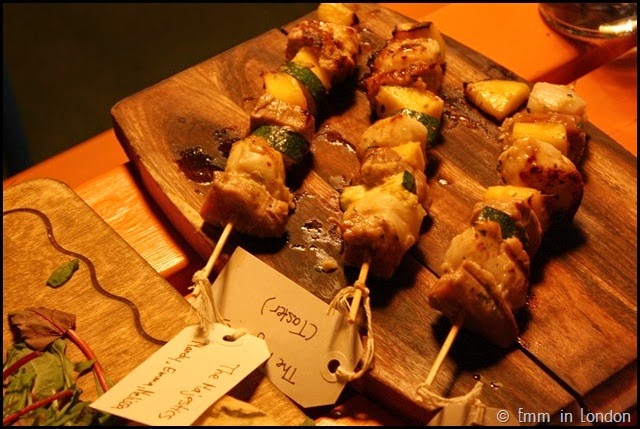 …and soon it was time to taste our creations. In the utterly objective and balanced opinion of Melissa, Emma and I, our kebabs were simply exquisite. The slightly dry texture of the tuna was perfectly balanced by the courgette and mango and the marinade was simply delicious. The only thing we would have changed would have been to take Daniel’s advice and put much more ginger into our marinade than we did but otherwise they were perfect.

The prize for the best kebab went to another team but we were thrilled when they announced a second-place runner up and it was the Majestics! Can you believe it? Fame, fortune and recognition at last – well almost!

We had a fantastic time at the Queen of Hoxton and yes, I can’t wait to return. With the games, art, rooftop movies and mouth-watering menu, this place is a little bit of something different in London’s east end.

Have you found any quirky or unique bars or restaurants in London? Do share them below!