The Incredible Cosmonauts at the Science Museum, London 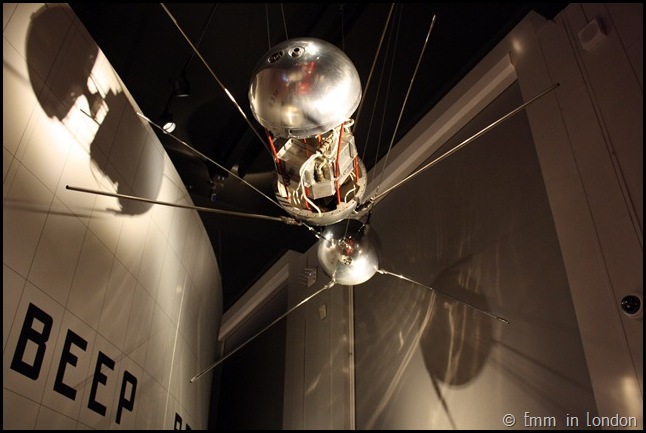 At the dawn of the 20th century, Russian cosmists developed the idea that the future of humanity lies in space. Their ideas made the leap from science fiction to reality when Konstantin Tsiolkovsky, friend of leading cosmist Nikolai Fedorov, calculated the mathematical means of launching a rocket into orbit. It is incredible to think about how far we have come in terms of space exploration in just over a century but even more so to consider how fraught with controversy, danger and political wrangling that journey has been.

The earliest cosmist thinkers were arrested and imprisoned in Soviet gulags for their anti-Soviet activities and much of their early work occurred in secret. When did the tides turn to the extent that the Space Race became the primary tool in the Soviet Union’s arsenal of weapons in the Cold War? If you consider that the Soviets sent the first rocket into space, as well as the first living creatures and human beings, who actually won the Space Race?

The Cosmonauts: Birth of the Space Age exhibition at the Science Museum is, in a word, fantastic. The visitor walks through history as they encounter the very first days of Cosmism and the birth of space exploration. They learn about Sputnik, Laika and Yuri Gargarin, as well as the first woman in space, Valentina Tereshkova and travel all the way to the present day, Mir Space Station and beyond.

Many of the items on display are being seen outside of Russia for the first time and in fact, many of them have been borrowed from military institutions who are not known for sharing so this is the first time they have been seen in public.

There is so much to see at the exhibition and it is a little daunting to try take in a full century packed full of history so I’m going to share my very favourite parts.

The photo above is a model of Sputnik I which was launched into space on 4 October 1957. The satellite could be seen across the globe and people were fascinated by reports of the beep-beep sound Sputnik I was transmitting back to Earth. 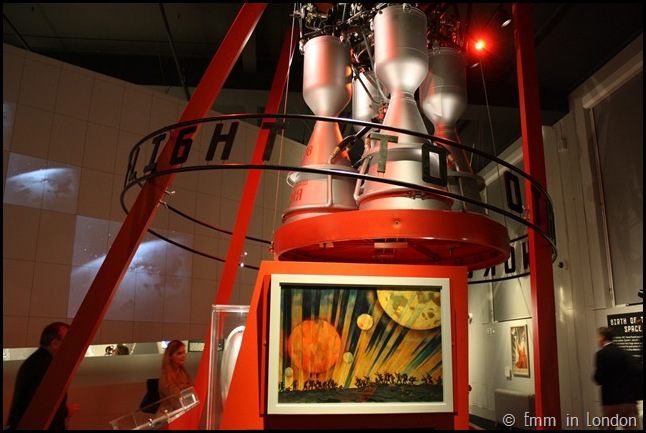 If you look up in the photo above, you’ll see replicas of the R7 rockets that fired the satellite into orbit. It’s hard to believe that they could achieve such a feat, being that they were little taller than a person! 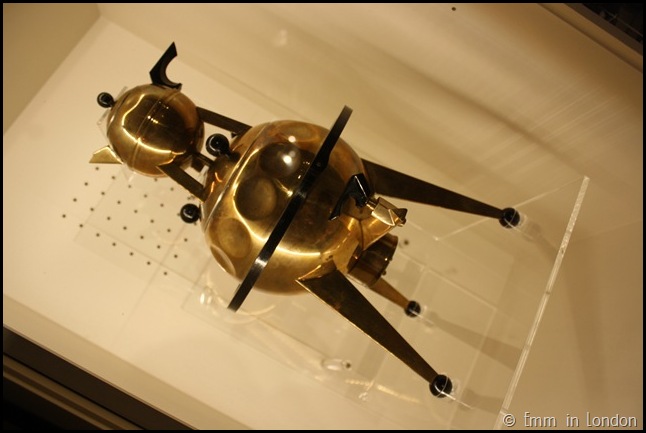 Of course, the world went Sputnik crazy following the launch and that fever was at its peak in Russia. This is a Sputnik-inspired samovar which depicts a Sputnik teapot orbiting the Earth. I have to have one of these! 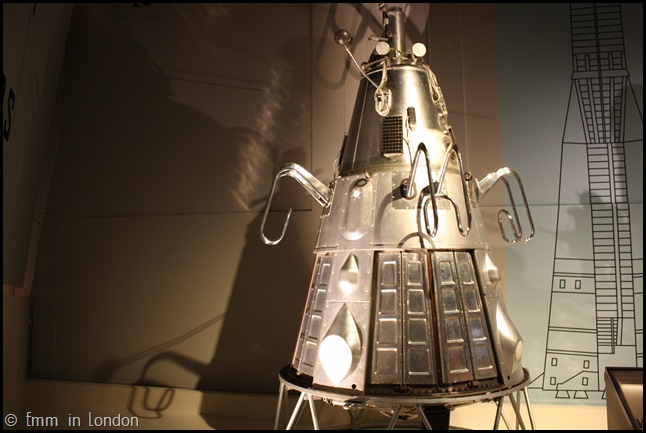 Sputnik 3 was launched into space on 15 May 1958. This is a near exact replica of the spacecraft which was in fact a space laboratory that contained all sorts of instruments for measuring and collecting data about the astronomy, biology and physics in space. I thought it looked like a Dalek. 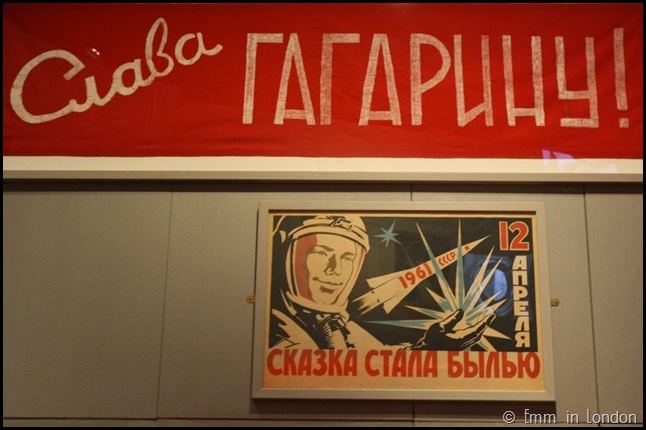 On 12 April 1961, Yuri Gargarin became the first human being to be launched into space on the Vostok 1. Naturally, the world went crazy about Yuri, so much so, that the term “going Ga-ga” was coined. The banner above says “Glory to Gagarin” and the poster is Boris Staris’s “The Fairytale Comes True” (1961). 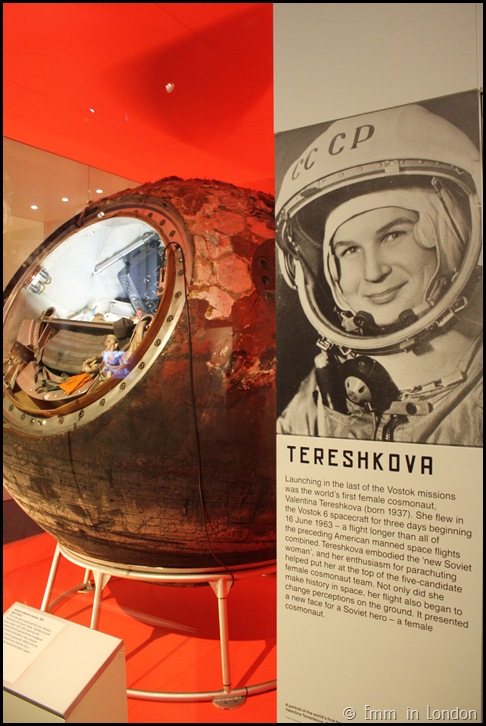 This is the actual Vostok 6 spacecraft which took Valentina Tereshkova into space on 16 June 1963, making her the first woman to ever go into space.

I spend a ridiculously long time staring at the spacecraft and the one below. What impressed (or terrified) me most about this was was the damage to the exterior and how dangerous the flight was. Soon after reaching orbit, Tereshkova realised the spacecraft was misaligned and this would mean that the braking rocket could fire her deeper into orbit and she would have died in space. Thankfully, the ground crew were able to transmit a correcting computer program to the spacecraft.  I had no idea that kind of technology was possible in 1963. 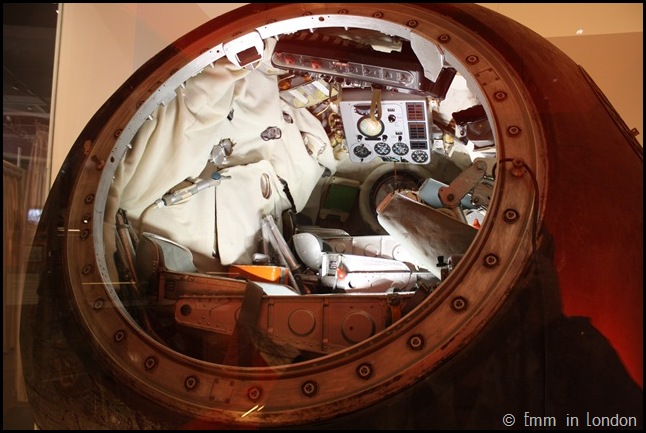 On 12 October 1964, Voskhod I was launched into space and orbited the Earth for 1 day, 17 minutes and 3 seconds. Voskhod means sunrise which perhaps explains why it is a large, red sphere and it carried three people in the tiniest space. The spacecraft was so tiny, in fact, that there was no room for spacesuits and if you look carefully at the photo above, you’ll see the three beds. There is no way I am ever spending 1 days and 17 minutes in an enclosed space with two other human beings. 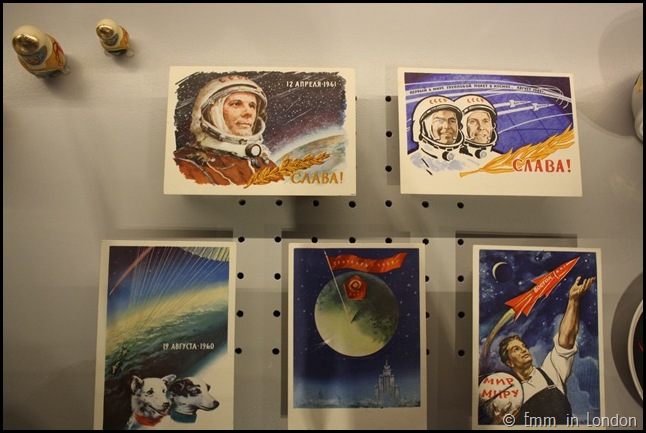 Once again, the Soviet Union went crazy for the cosmonauts. These postcards say “slava” in the corner which means “glory” and you can see some tiny Yuri Gargarin matryoshka dolls at top left. I have to have a set of those to go with my Sputnik samovar! 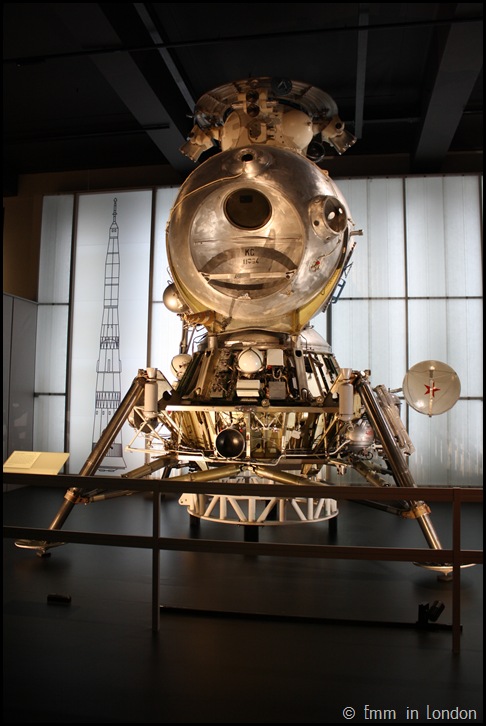 The absolute star of the exhibition was the LK3 Lunar Lander. This is an engineering model but don’t let that impress you less because this is as far as the project went – the Soviet Union famously abandoned their moon-landing project when the USA reached it first.

Sadly, the Soviets had actually planned on reaching the moon as early as 1967 but their rockets kept failing. This module would have carried one person to the moon and had to be dismantled into smaller parts in order to get it into the exhibition. 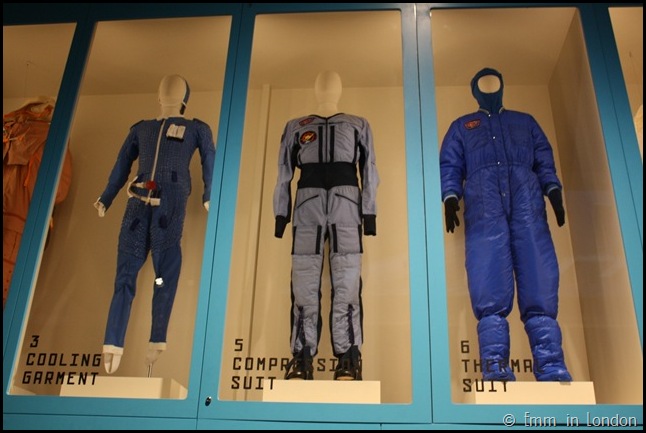 The final part of the exhibition took us right to the present day. We got to see the many suits required for a modern space journey including heating, cooling and compression suits. 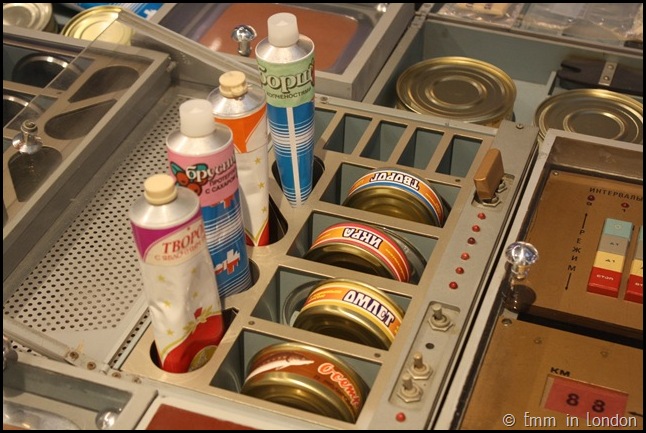 I finally realised that I am not cut out for space travel when I saw the food that cosmonauts have to eat on their travels. There is no way I am opening a tin can that looks like that. 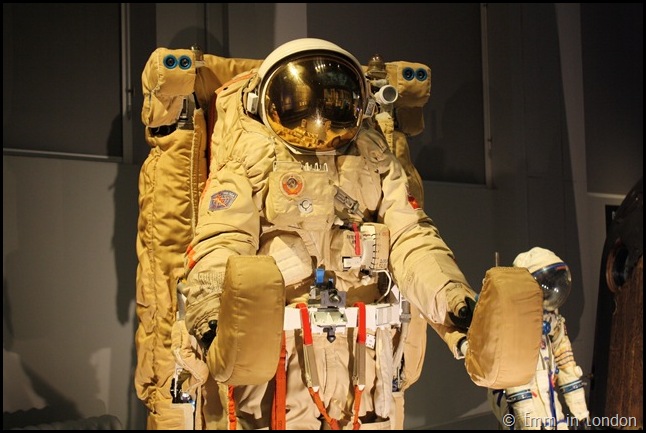 This spacesuit was used 13 times for spacewalks from the Mir space station. The exhibition closed with an incredible comment about how once-hostile nations now work together on the International Space Station for the good of all humankind. 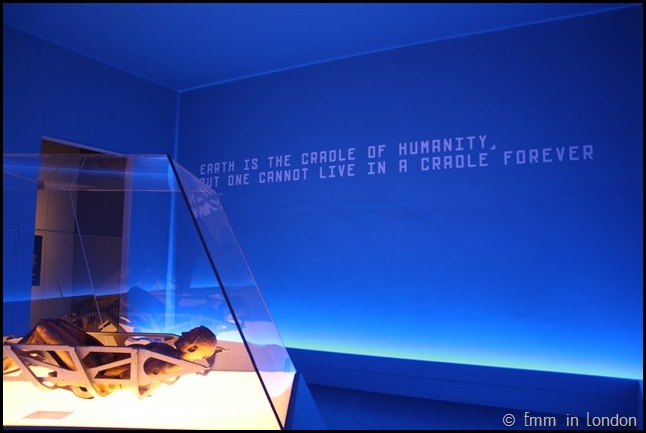 Finally there was a quotation from one of the first cosmists, Tsiolkovsky:

“Earth is the cradle of humanity, but one cannot live in a cradle forever “ – Tsiolkovsky, 1911 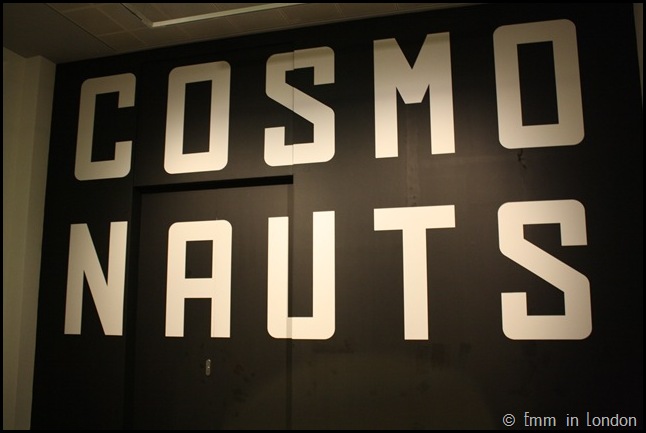 When visiting the exhibition, do make sure you leave enough time and money to spend in the Cosmonauts store. I imagine that space geeks like me will go crazy in there! 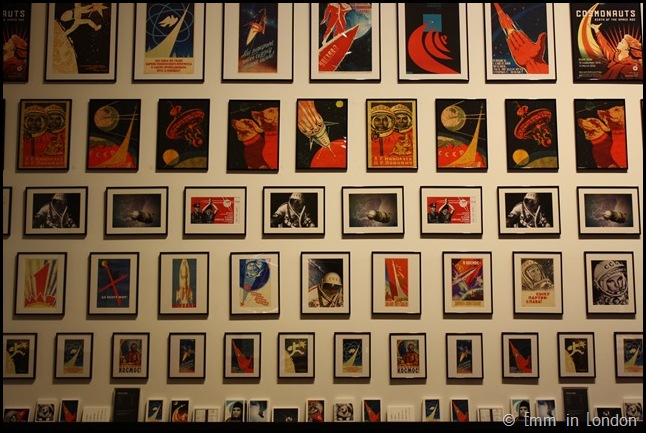 I'd like to thank the Science Museum for inviting me to the exhibition and for allowing us to take photos which was an absolute privilege. Photography is not normally permitted in the exhibition.