Photo Essay: A Saturday in Brixton 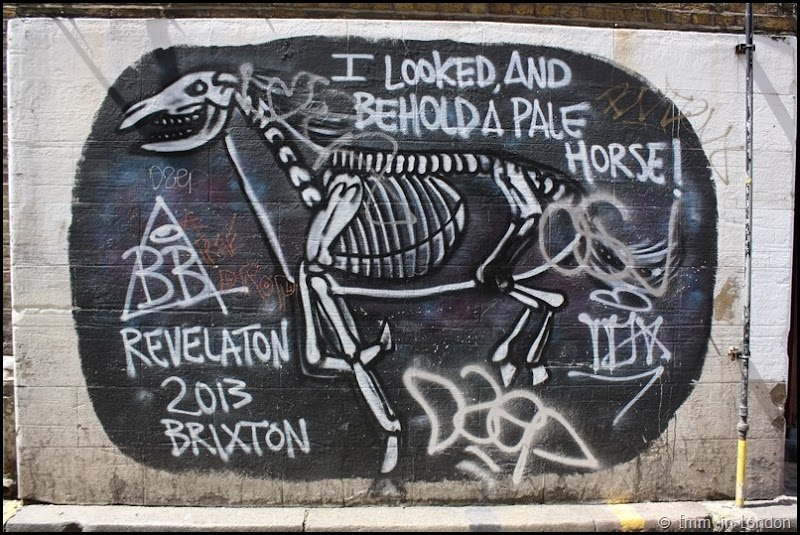 Sometimes there is no better place to be than wherever you are right now with camera in hand. I recently found myself in Brixton with some time to kill and decided to head off in the direction in which I thought the market was. I walked onto the famed Electric Avenue and what I found was a generic English market with luggage, mobile phone accessories and cheap clothing. Feeling a little disappointed, I headed into the nearest side street and the photo opportunities began in earnest. 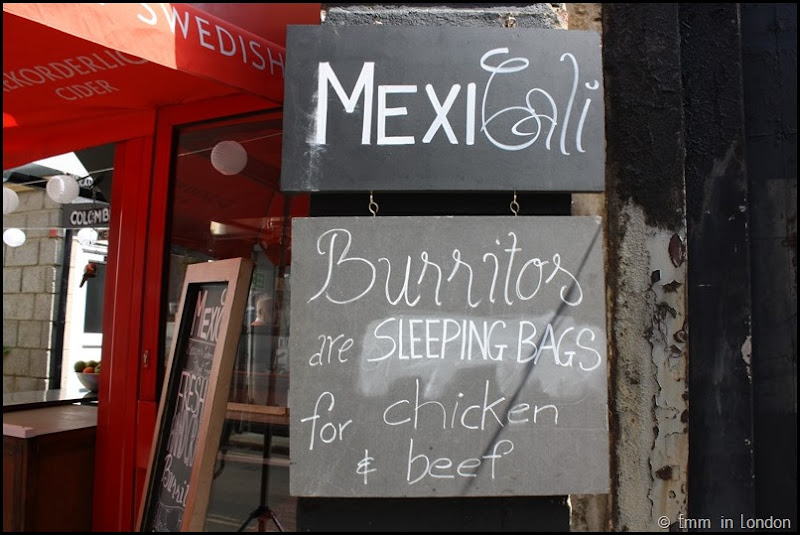 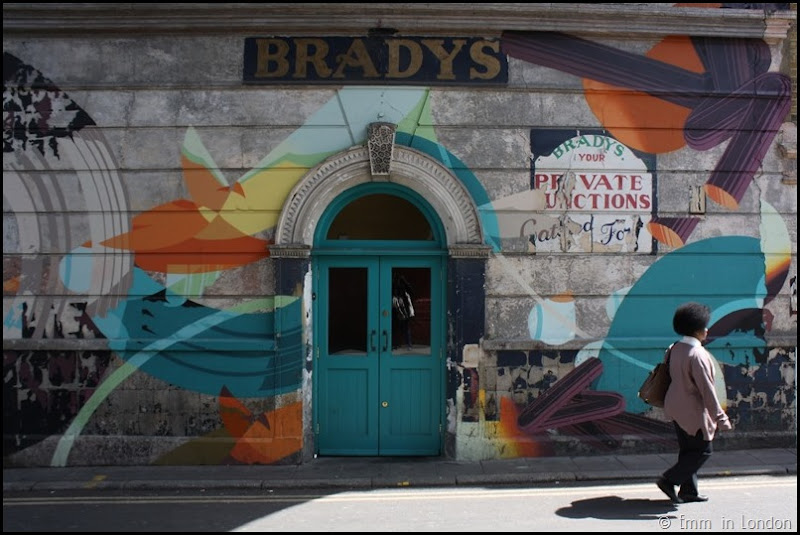 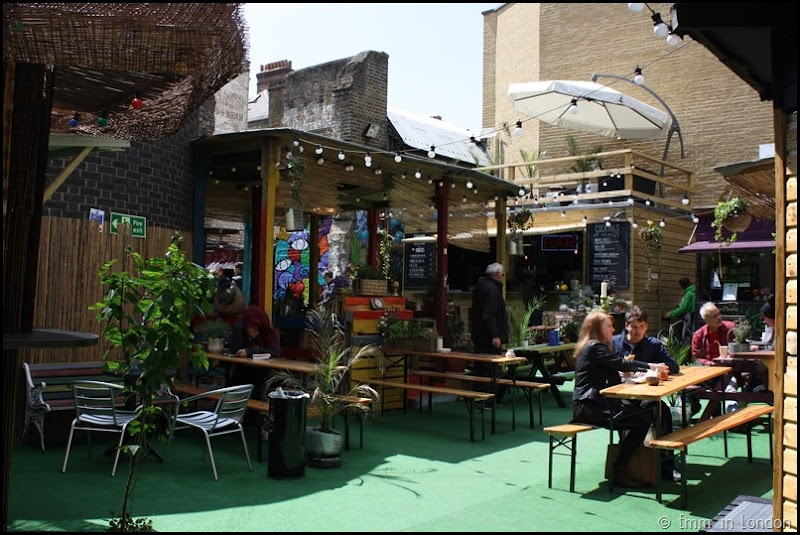 My stomach began to rumble and I followed the scents of delicious food before arriving at the Brixton Food Court, a small area with vendors, street art and great food. I really liked the vibe here and was hoping to go back later in the day. 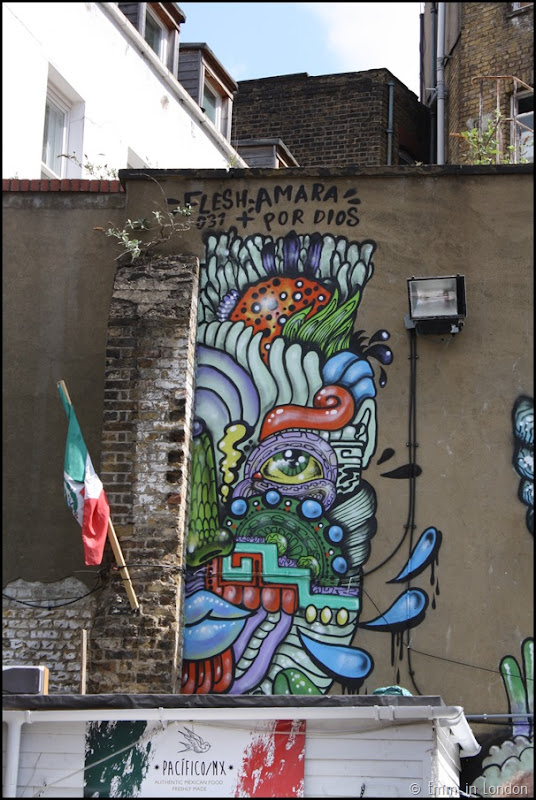 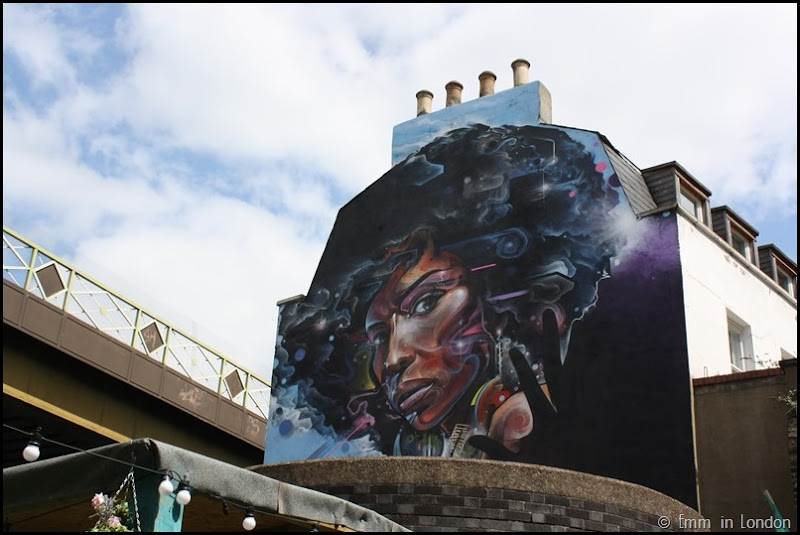 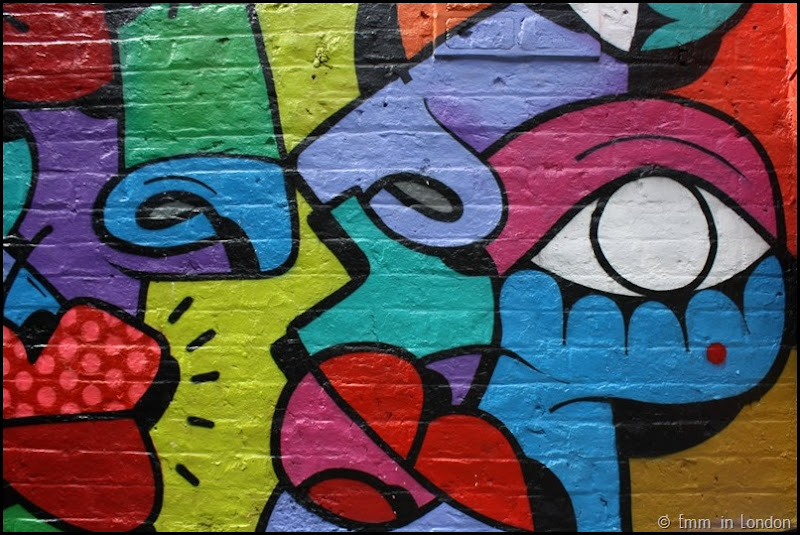 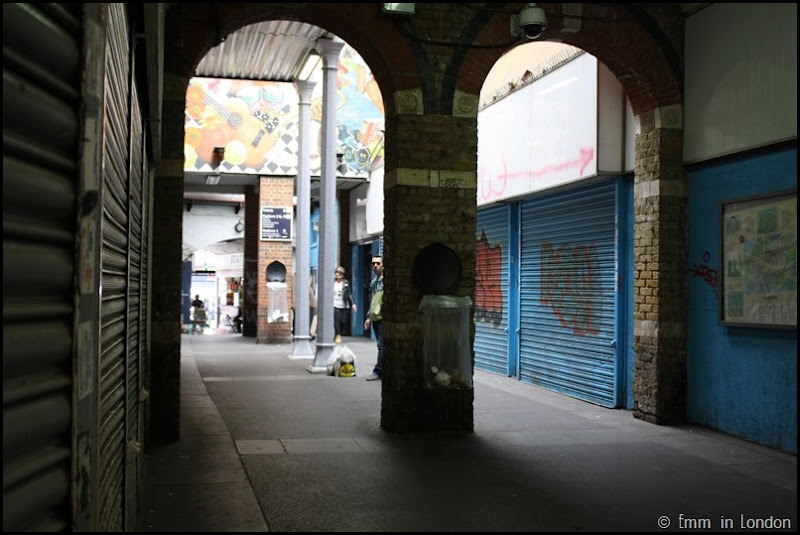 Having previously seen a sign begging to #savebrixtonarches, I headed next to the arches to take a look. I waited a long time for this photo and you can see the gentleman peering around the column to look at me. 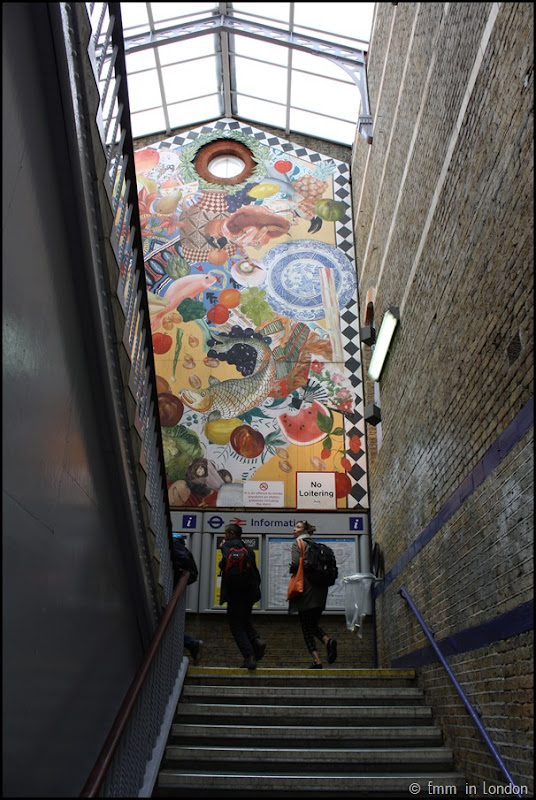 There is so much art and culture in Brixton, you really don't need to look far for it. These stairs lead into the Brixton railway station but I decided to continue on my way instead. 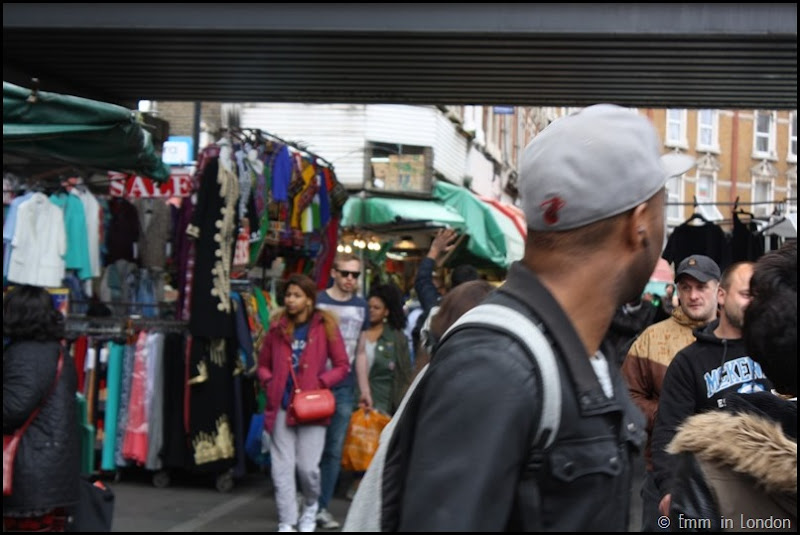 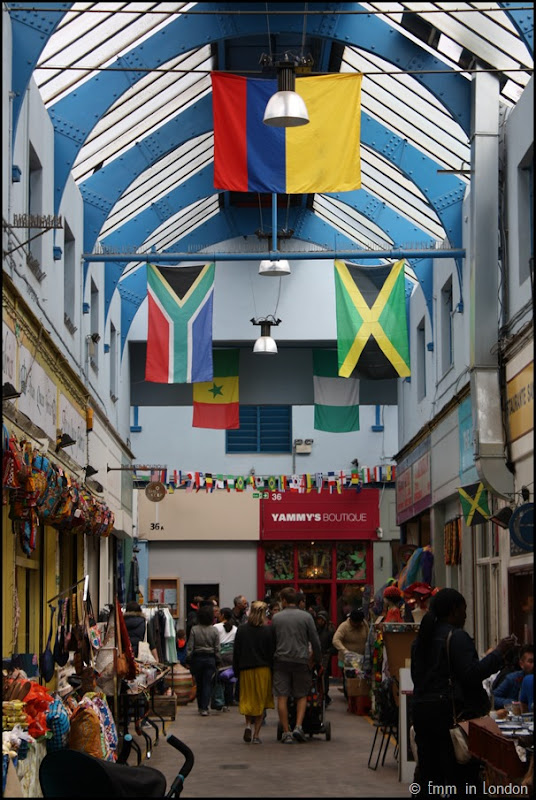 There were several smaller markets and offshoots of stalls in the area. I entered the Brixton Village, an inside market with many fresh food stalls and places to eat and drink, and was amused to spot a South African flag (the Y shaped flag on the left). 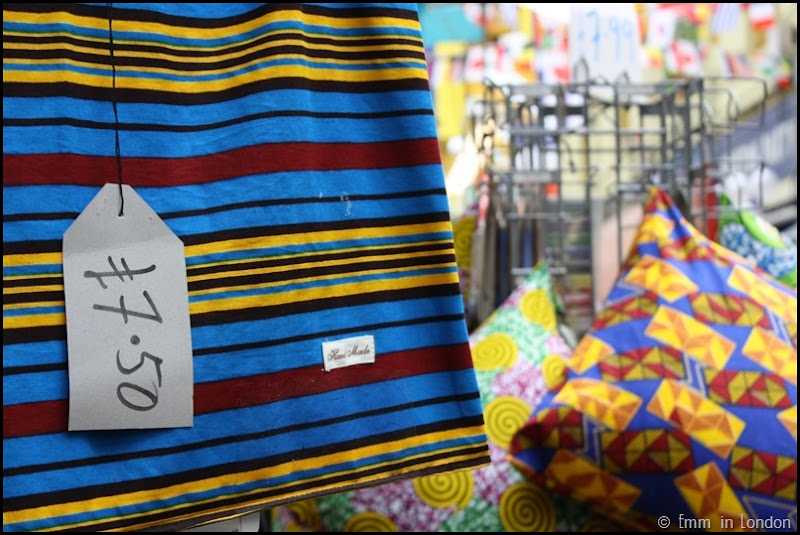 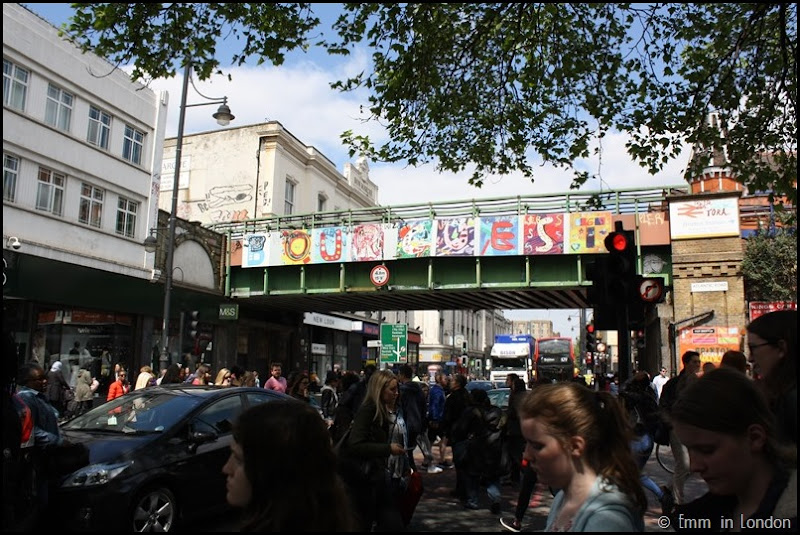 I returned to the station to see if Melissa and Jen had arrived yet but as they had not, I decided to go in search of the Brixton Station Road Market which I'd seen advertised.

I walked through the market and soon arrived at Pop Brixton. This was a really interesting space made out of old containers. There were loads of food vendors and I knew I'd be getting lunch here instead of at the Brixton Food Court (no fear, now I have a reason to return to Brixton!) 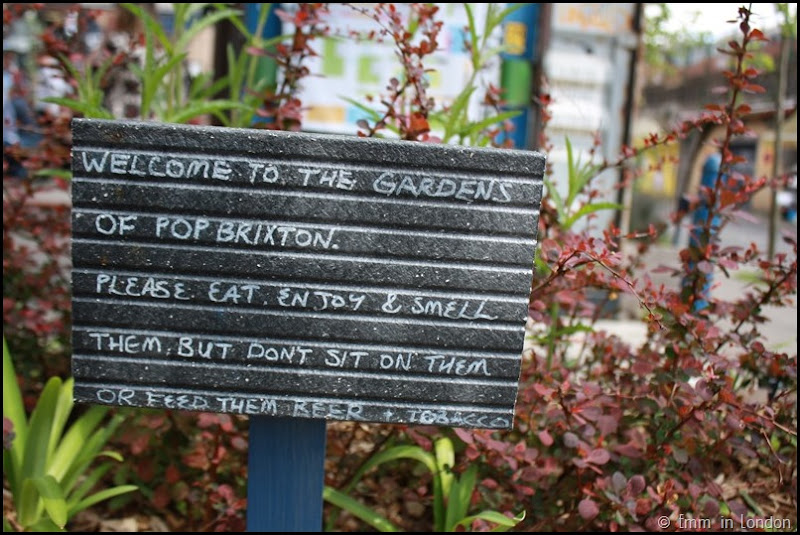 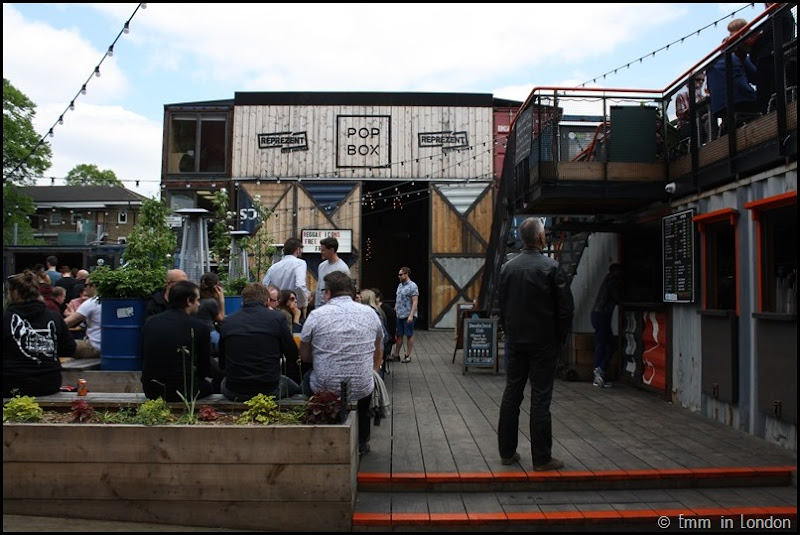 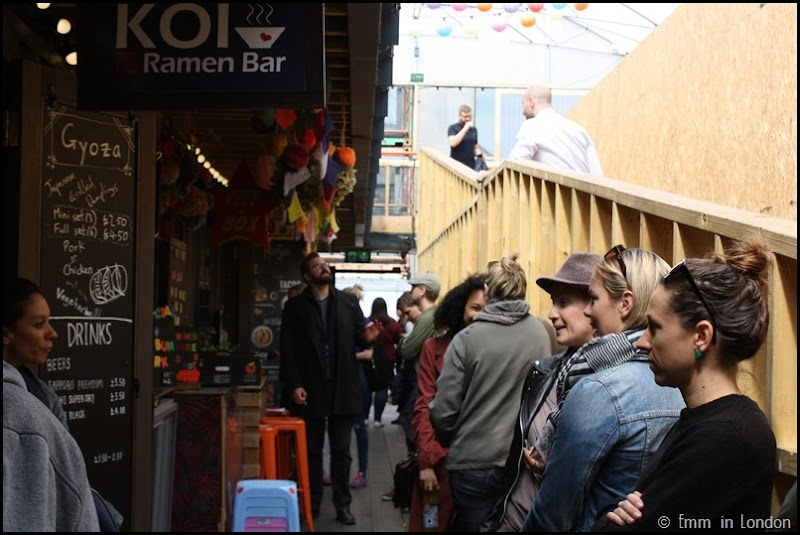 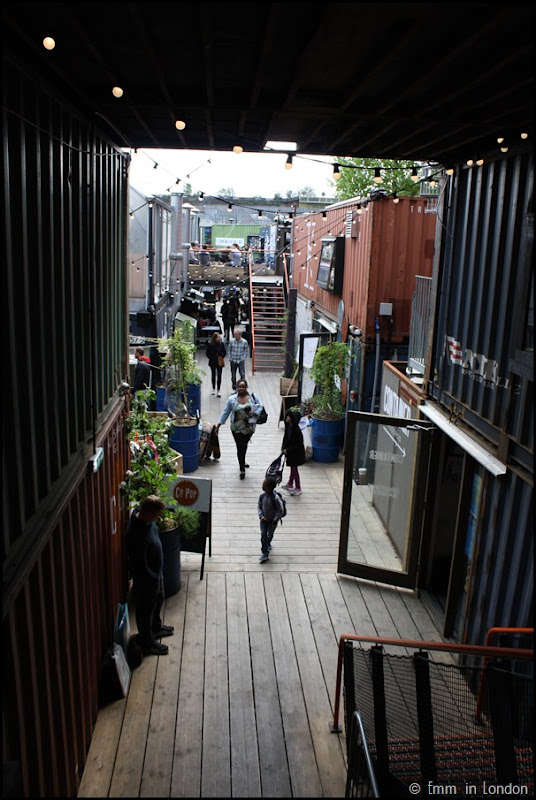 By now I was ravenous and the glorious scents assailing me were not helping. I decided to order a pizza, hoping to finish it before the others arrived but of course they texted the minute my food arrived! How delicious does that look? The pizzas aren't designed to be heart-shaped but both the proprietor and I were happy with it. 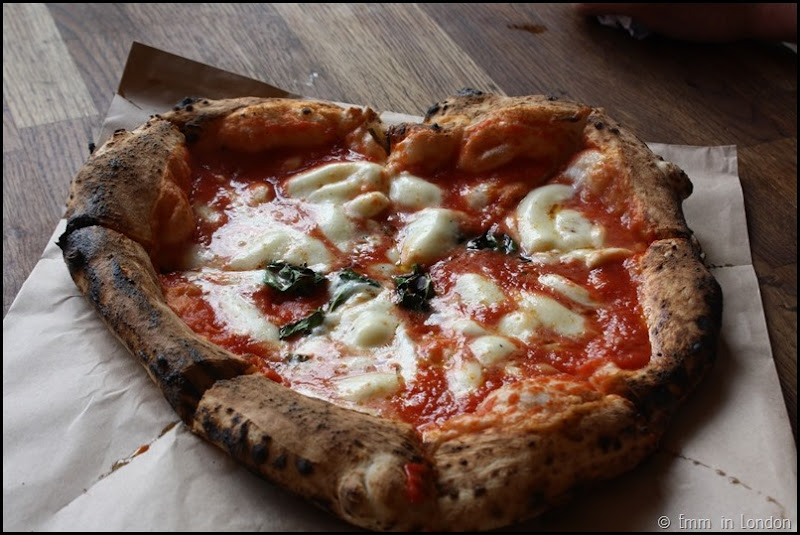 The pizza was amazing. Second only to the fantastic pizza I had at the Hop Farm in Kent. The others soon joined me - them looking refreshed and me with pizza all over my face - and we spent some time exploring the stalls and ordered more food. 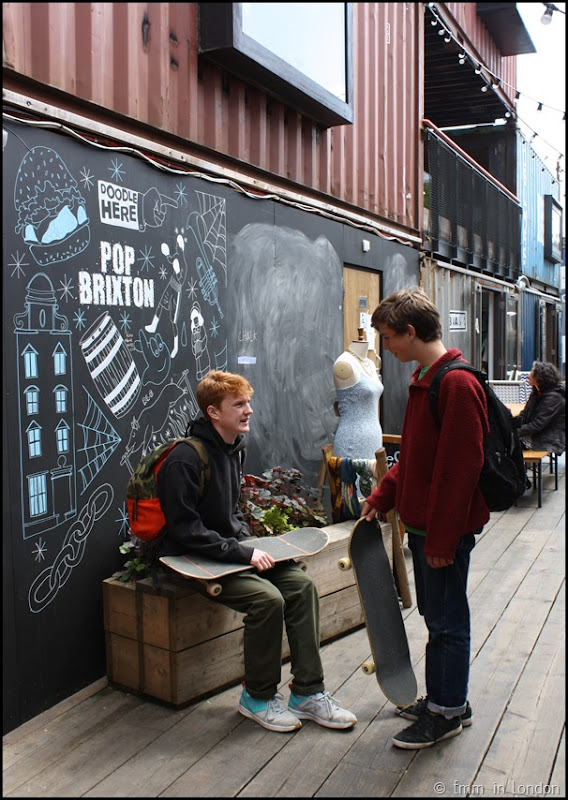 We then decided to find Brixton's famous Chocolate Museum where we learned all about chocolate, slavery and more chocolate. We had a hot chocolate and let me tell you, it was so good! 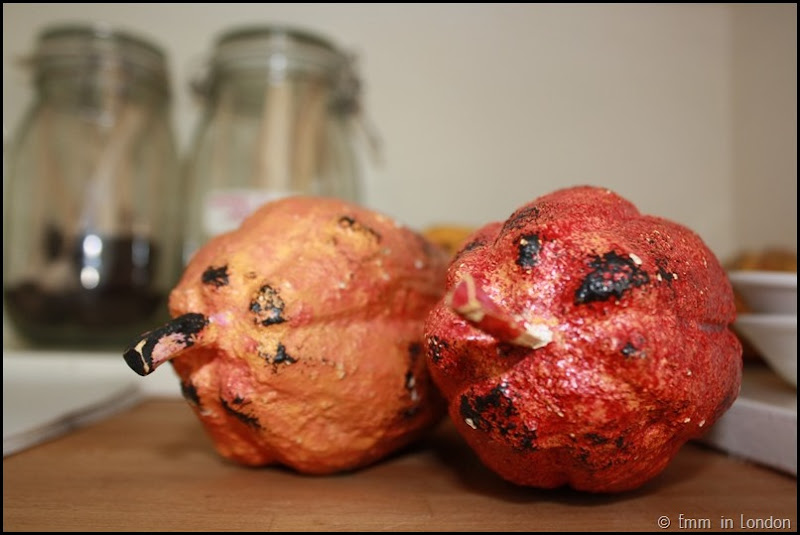 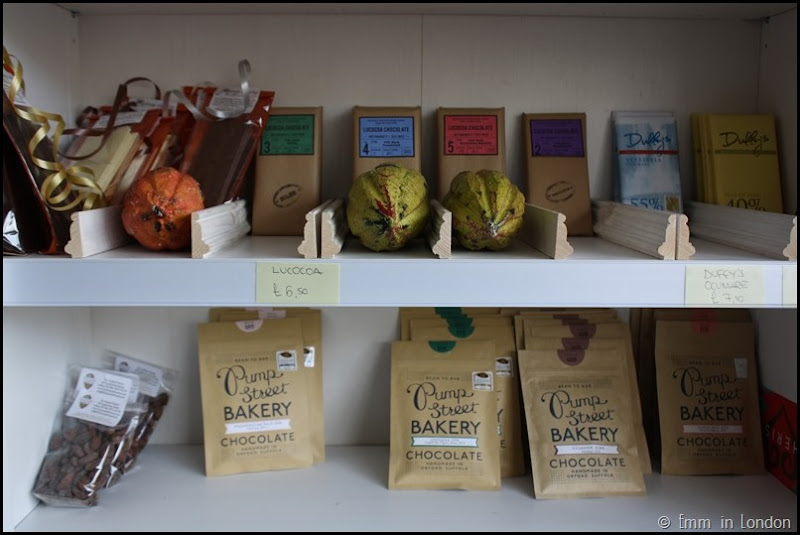 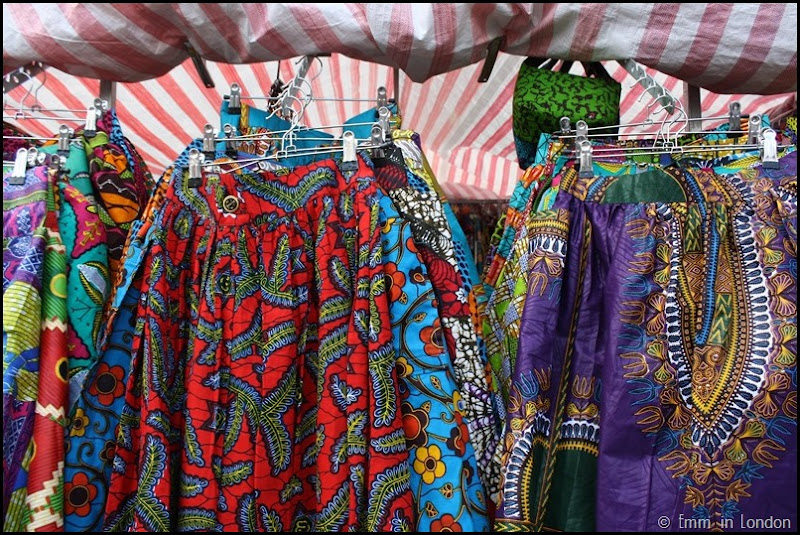 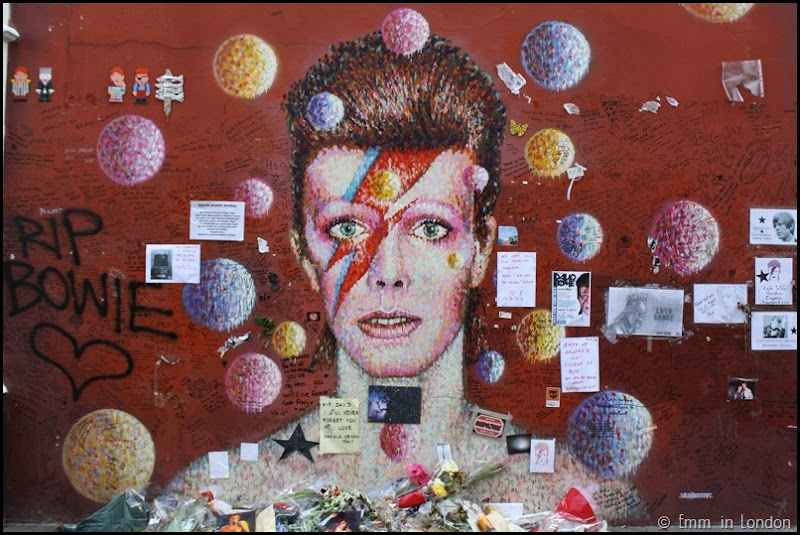 As we made our way back to the station after a long and satisfying day, we stopped by the David Bowie memorial. I don't think we should mourn celebrities - we don't know them after all - but I have to admit to a tear in my eye when I listened to The Rise and Fall of Ziggy Stardust and the Spiders from Mars on the train home.