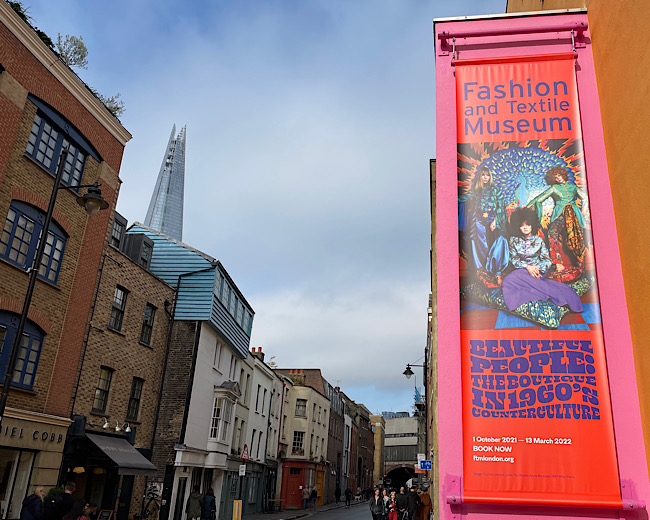 It's Monday morning and I'm sitting in bed with a cup of coffee, celebrating one of my last days off before I start a new job in November. I'm reminiscing about the perfect weekend just gone, where I met up with old friend Mo for a day of exploring and walking around London.

Our first stop was the Beautiful People: The Boutique in 1960s Counterculture exhibition at London's Fashion and Textile Museum.

This exquisitely curated exhibition includes authentic clothing from the late 60s and early 70s, as well as photos, fliers, posters, magazines and album covers from the era, displaying how music, fashion and celebrity became intrinsically linked in the counterculture movement.

I've always adored sixties and seventies fashion and long felt that I'd been born in the wrong era. If I could go back in time, I would absolutely go to Woodstock in 1969. My obsession was influenced in part by my parents' love of music from that time as well as my mum encouraging my hippie phase.

Suffice to say, I absolutely adored this exhibition and highly recommend a visit. Read on for my highlights from our visit.

It All Began at Glastonbury 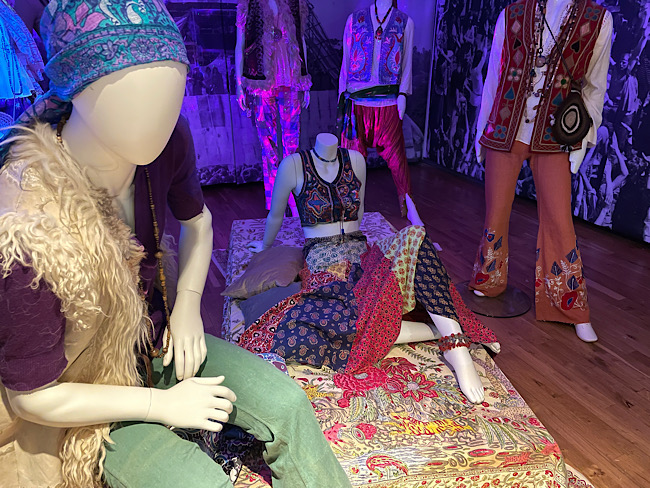 The party to end the 1960s and the beginning of the Glastonbury festival. 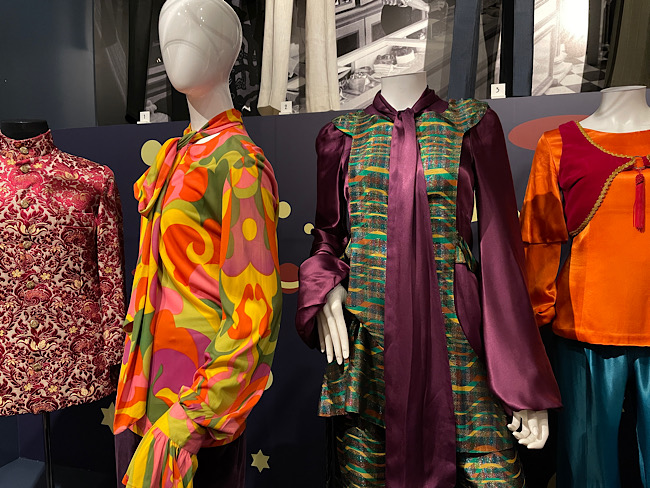 Clothing from the Apple boutique. I love their long, sleek lines. 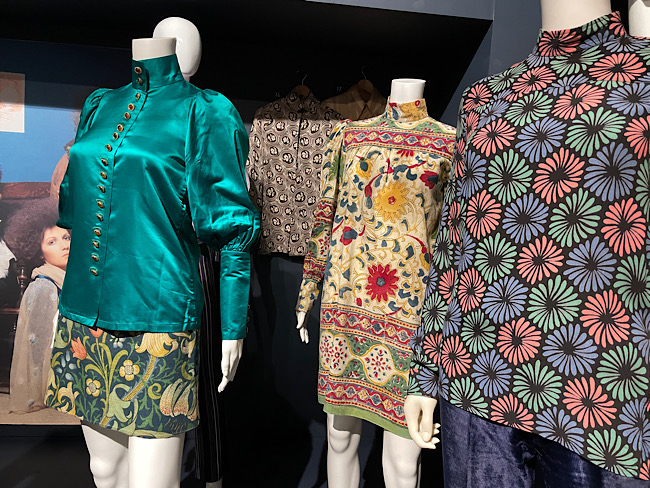 I'd never heard of Granny Takes a Trip before but I think I would have loved their clothing, especially their mini-skirts and mini-dresses. 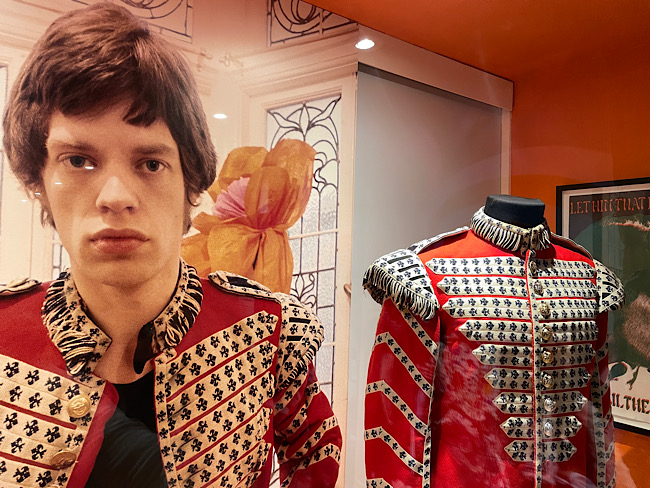 A young Mick Jagger wearing a then-vintage military jacket in 1966 (c. late 19th, early 20th century). He sparked an anti-establishmentarian trend of wearing of military clothing which really reminded me of young South Africans in the late 80s and 90s wearing their army fatigues to clubs, complete with band t-shirts and long hair. 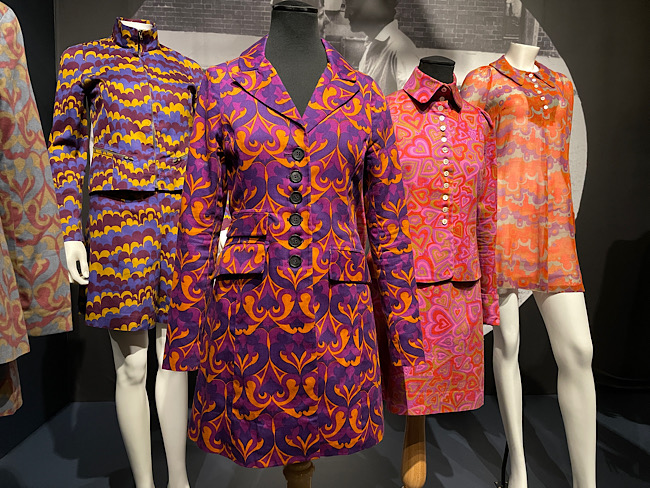 One of my enduring memories from the early 70s is my godmother Helen and her sister Marcelle visiting us in England. I clearly recall them wearing outfits like this with knee-high boots. They must have loved the boutiques in London! 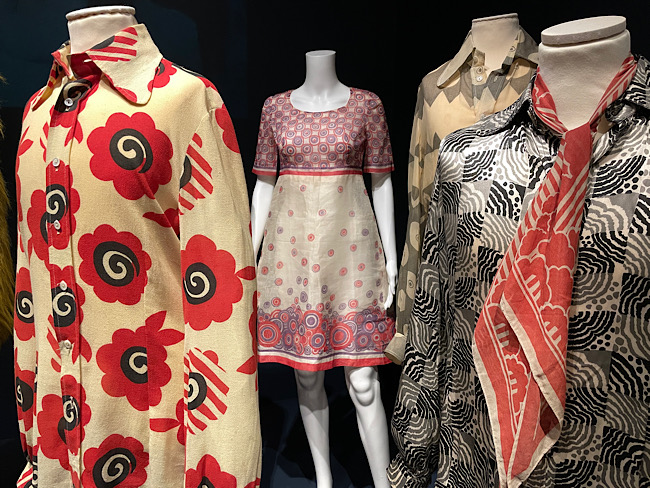 This was my favourite of all the boutiques shown, especially that exquisite mini-dress. 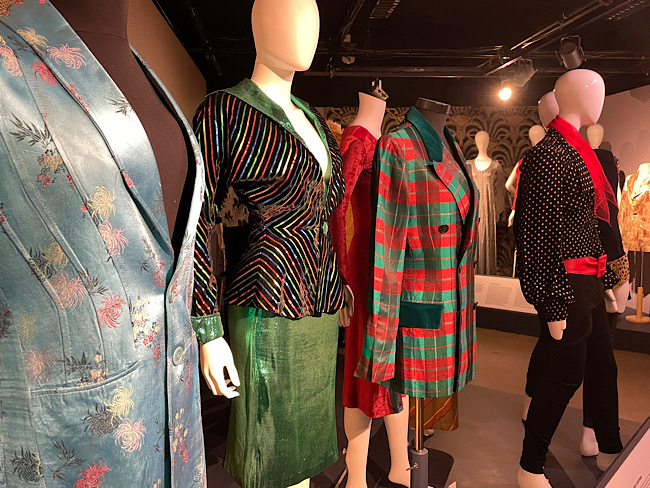 The rise of velvet. I confess to owning a pair of velvet knickerbockers in the early 80s. It was my favourite possession, second only to my Adam and the Ants Prince Charming LP. 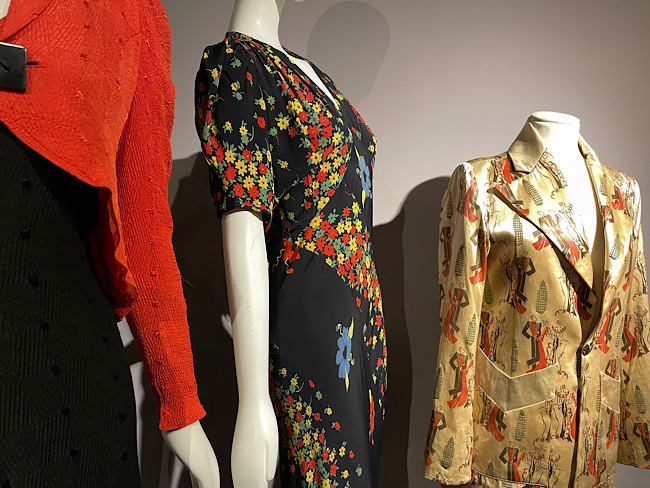 While rock music and celebrity were the most prominent themes of London's counterculture, there was also an Art Deco and 1920s / 30s revival. 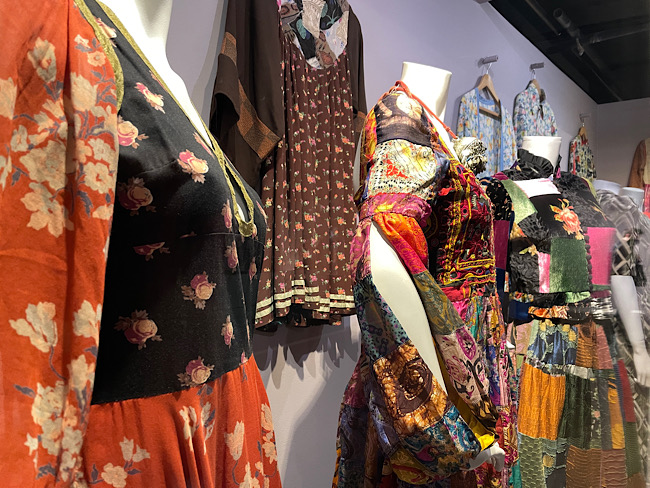 With The Beatles pilgrimage to India and the rise of the sitar in rock music, the Western interest in Indian clothing began. I myself was a slave to this trend, buying many silk shirts, skirts and dresses from the Oriental Plaza in Johannesburg in the 90s. 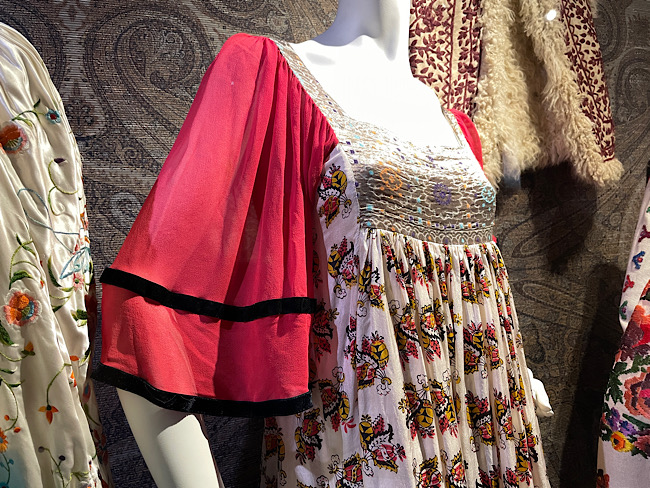 This last piece caught my eye. Althea Porter dresses retailed for an eye-watering £100 to £1000 in the late 60s / early 70s but were absolutely worth every penny. Look at the incredible quality in this piece that is evident 50 years later!

The Beautiful People exhibition runs to 13 March 2022. Our tickets cost £13 each including booking fee and museum donation.