Turkey: The Ancient City of Ephesus

"Ephesus ... was a city of ancient Anatolia. During the period known as Classical Greece it was located in Ionia, where the Cayster River (Küçük Menderes) flows into the Aegean Sea. It belonged to the Ionian League.
Ephesus hosted one of the seven churches of Asia, addressed in the Book of Revelation of The Bible, and the Gospel of John might have been written here. It is also the site of a large gladiator graveyard.
The city was famed for the Temple of Artemis (completed around 550 BC), and both were destroyed by the Goths in 263. The emperor Constantine I rebuilt much of the city and erected a new public bath. The town was again partially destroyed by an earthquake in 614. The importance of the city as a commercial centre declined as the harbour slowly filled with silt from the river.
Today's archaeological site lies 3 kilometers south of the Selçuk district of İzmir Province, Turkey." - Wikipedia

Link: The Ephesus Guide at kusadasi.biz

I simply don't know enough about ancient history to give an accurate description of Ephesus, hence the Wikipedia link. Next time I go to a site like this, I will definitely try read up more on it beforehand though. Nevertheless, we arrived at the site at about 11am in searing 42˚c heat. In a word, it was amazing. Absolutely breath taking. Hopefully some of my photos will show that. 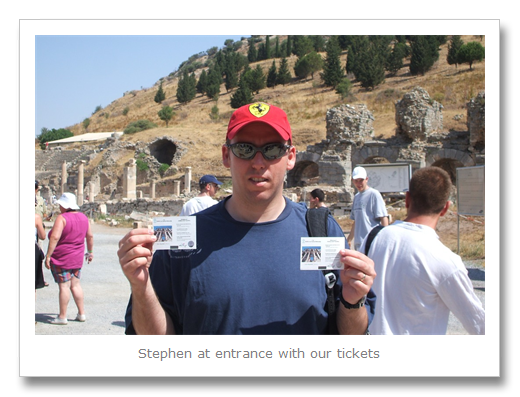 That is the Eastern Gymnasium in the background. At first I marvelled at how they seemed to build the structure of the university into the mountain but then later I realised that they simply hadn't excavated the whole structure yet. (Please note: laughing at me at this point would be considered rude). This really is Archaeology for Beginners. 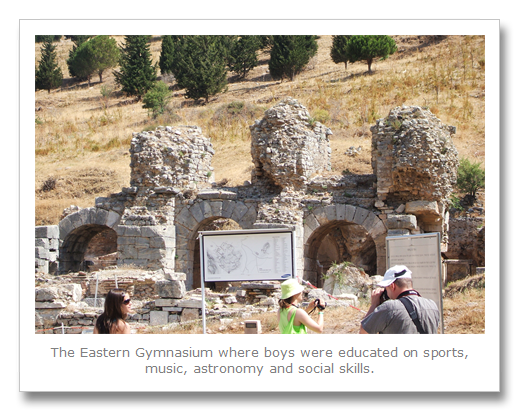 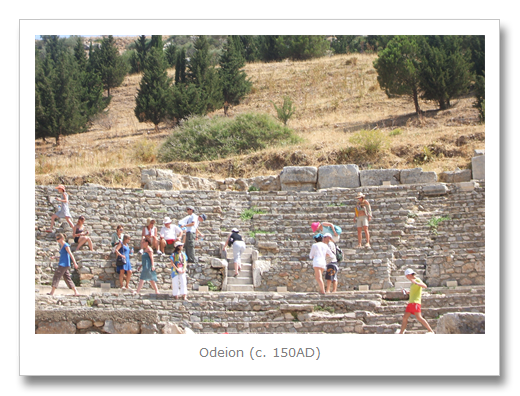 From the Greek or Roman word for "small theatre", the Odeion could sit about 1,400 people. 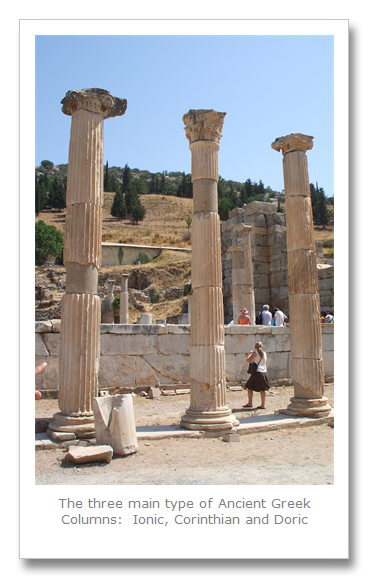 The Temple of Domitian was one of my favourites - the Emperor Domitian (51AD - 96AD) erected it in honour of himself and it was effectively torn down after his death. 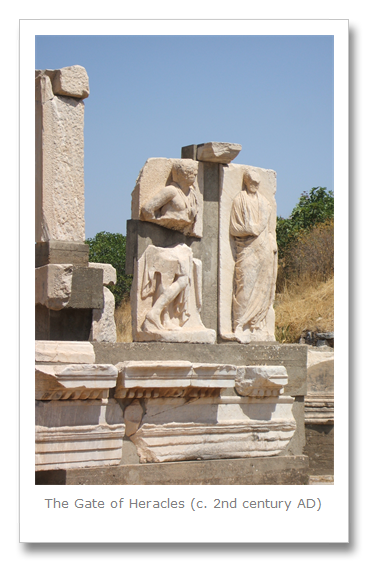 These statues are at Heracles Gate, but if I understand correctly, these statues were moved here and used to occupy a higher place, perhaps over the Pollio Fountain. 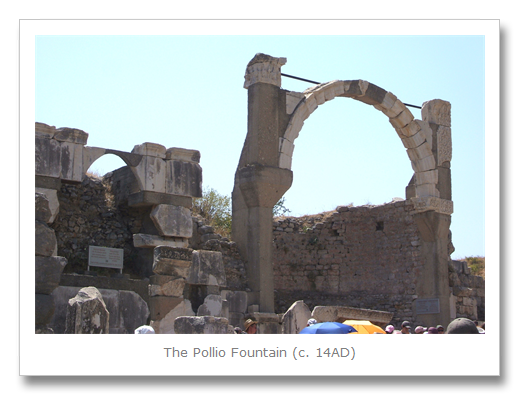 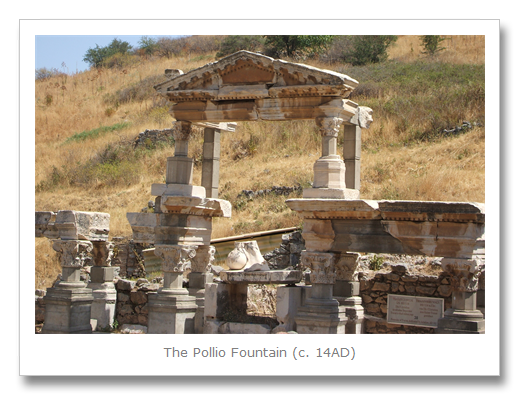 The Trajan Fountain was my very favourite. I just loved the clean lines and beautiful architecture. I would have loved to see this structure at its original height of over 12 metres tall! 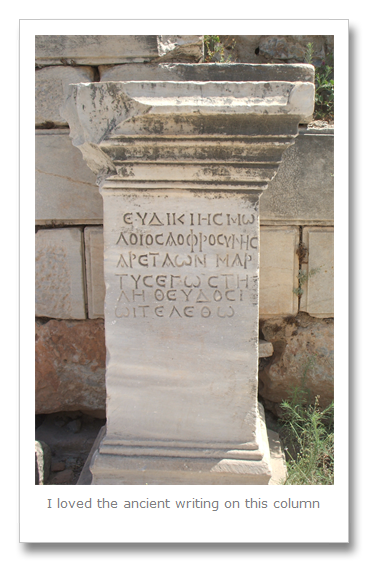 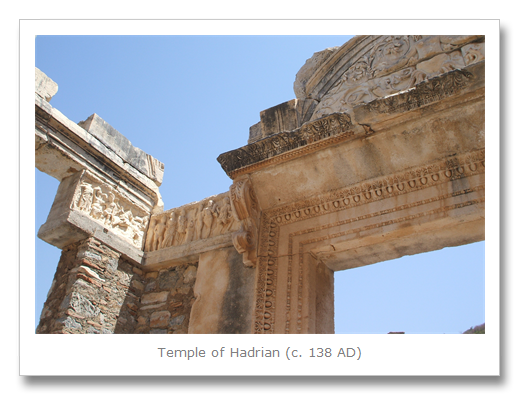 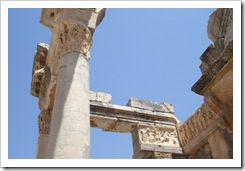 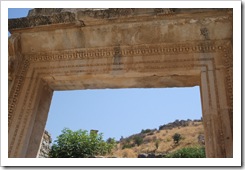 The Temple of Hadrian was awesome - it was so ornate. Like the Temple of Domitian, it was built to honour a person as opposed to a god and it was dedicated to the Roman emperor. 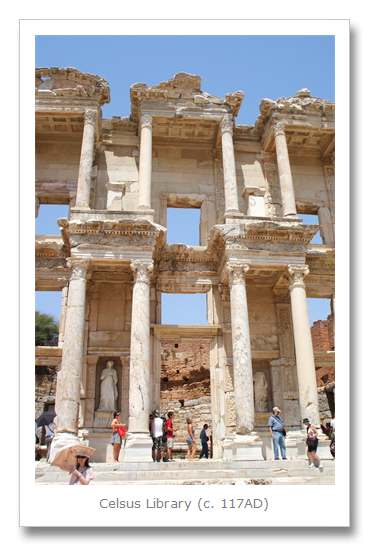 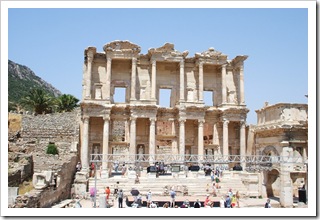 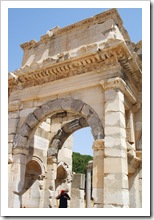 You would have to see the Celsus Library to appreciate its wonder and majesty. The son of the Roman consul Tiberius Julius Celsus Polemaeanus built the library as a mausoleum for his father.

And finally, at the end of a very hot day, you walk down Marble Street which is the main road between Ephesus and the harbour. You come upon the main Ephesus Theatre which could sit a massive 25,000 people and which is host to the Efes Festival each Spring. Elton John has even played here! 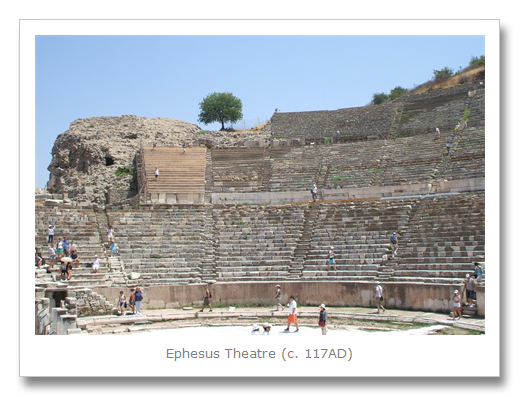 The road out of Ephesus has a couple of exhibits. I found the coffins and the milestones most interesting: 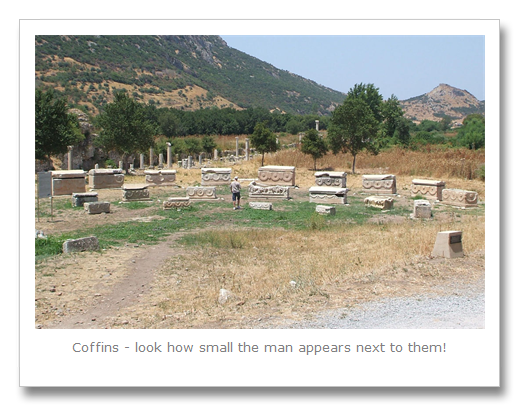 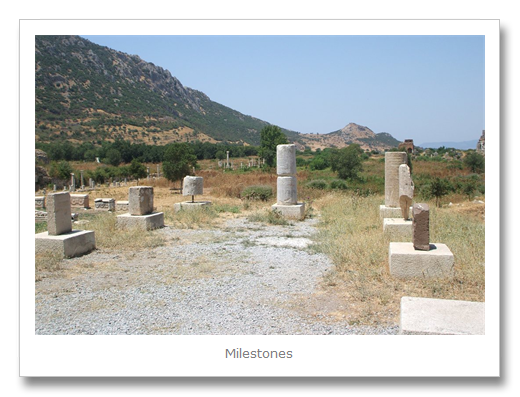 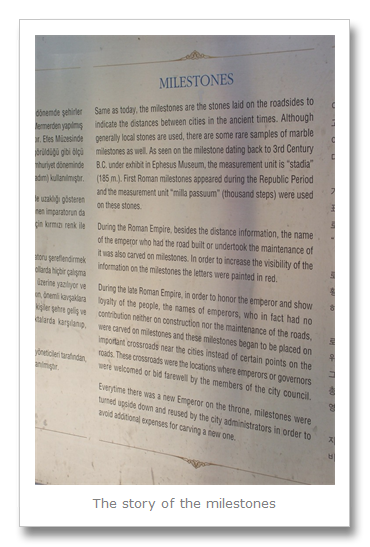