I have to be honest.  I'll be happy once I've finished uploading all the pictures and stories from our road trip in December.  We just saw so many wonderful things and I want to remember it all!

The last stop on our trip to Liverpool was the Merseyside Maritime Museum.  This is a massive museum actually comprising several different exhibitions and attractions and if you were spending more than a few hours in Liverpool, then I would recommend that you set aside a whole morning here. 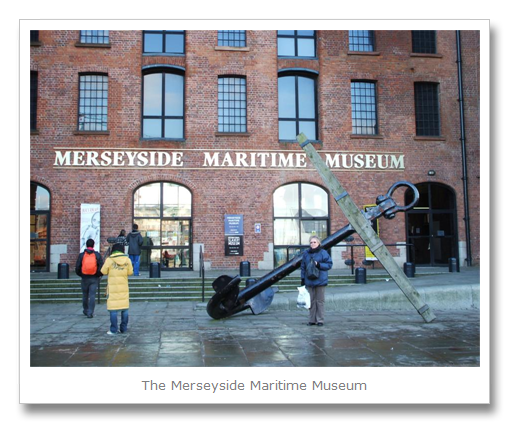 First things first - it was a cold day that day and we had been traipsing around for hours.  So our first stop was for some rich hot chocolate with cream.  Yum!

We then went to see the Titanic, Lusitania and Forgotten Empress exhibition.  This was really, really interesting. 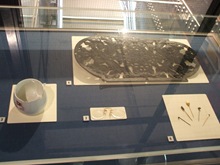 I stood looking at that apron for a really long time. A person had been wearing that apron and had escaped the sinking Titanic and was taken to safety. I found it really touching in a way I can't explain. 1,517 people died on the Titanic as there were not enough lifeboats. More men died as women and chldren were taken to safety first. The band continued to play music as the ship went down and none of them survived. The captain of the Titanic went down with his ship. Most of the people that died in the Titanic were third class passengers and staff. There were 706 survivors.

I knew some of these stories before but I hadn't previously known anything about the RMS Lusitania. This story really shocked me. This luxury liner was torpedoed by a German U-Boat in 1915 during World War I.  More passengers died in this disaster than in the Titanic because so many of the passengers were in their rooms or were hit directly by the torpedo.  1,198 people died that day and over a half of those were children.

The next part of the complex that I visited was the International Slavery Museum. 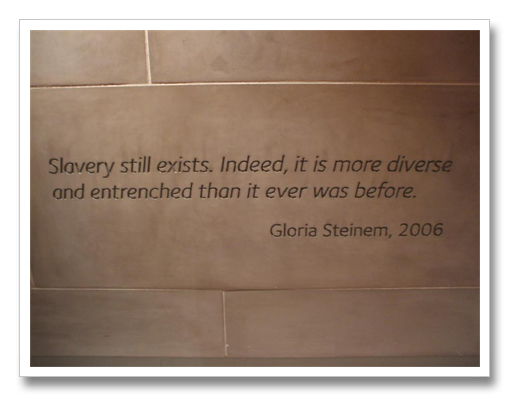 This is a rich and complex exhibition detailing the slave trade and the history of racial oppression round the world.  There is a lot of material on modern day slavery and human trafficking as well.  I didn't take any photos during the exhibition (except for the above) but I spent a lot of time there absorbing the wealth of information.   I do think the ISM is badly placed in the Merseyside Maritime Museum as I believe it should be a destination in and of itself but I imagine that this is one way of making sure that people visit and that they get people through the door.

The last part we looked at before we went was the Seized! exhibition which is a fantastic exhibition about the type of items that people try to import into the country.  Very interesting! 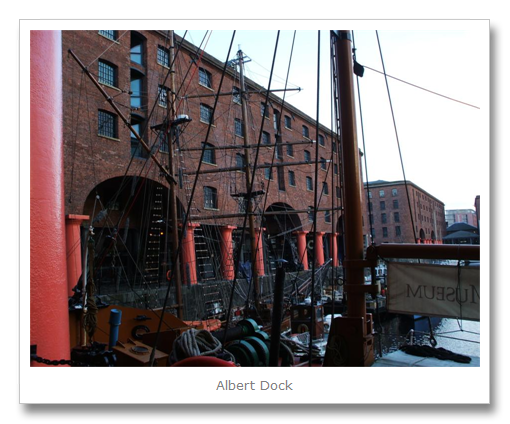 It was getting late by then and suddenly it was time to go.  There is so much we didn't get to see including the Tate Liverpool and the bombed out Church of St Luke. 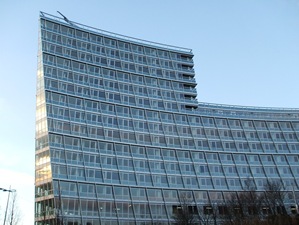 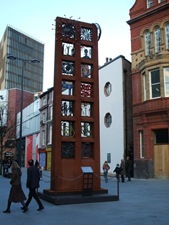 We did get to walk through Liverpool One on the way back to the car.  This is a trendy new dockside-living and shopping complex.  We dreamt of one day living in those swanky apartments (one day after The Puppies have gone on to the big dog kennel in the sky) and we admired the Pillar of Friendship installation on Paradise Street.

All in all, it was an awesome day and I can't wait to go back to my beloved Liverpool sometime in the near future.