At home: Sara, Donovan and Keira come to stay

I think the biggest thing you lose when someone moves overseas is a sense of their everyday life.  How do they live, what does it look like, what do they do on the weekends.  With my friends scattered across the globe in New York, Australia and Dubai, my biggest curiosity is often just to see what their houses look like, their neighbourhoods and the local shops.  One of my friends in South Africa has moved to a new house and I am just dying to see what it looks like and how she has decorated it.

The one thing I will struggle to explain to my friends back in South Africa is how big London is and how difficult it is to get around to see everyone.  In Johannesburg, we had the most awesome motorway that ran in a circle around the city and no matter if my friends lived in the north, east, south or west of Johannesburg, it was still possible to reach someone's house in about 45 minutes or an hour at the most.

In London, Sara and I are really close together but Sara stays in Surrey and I stay in Kent.  The shortest time it ever takes to get to one another is 1 hour and 15 minutes but the roads are often backed up and you land up driving down little higgledy-piggledy country lanes which really aren't wide enough for cars sometimes!  It once took Stephen and I three hours to get to Harpenden, north of London, because the road we would have taken to cross the Thames was closed.

For this reason, I find more and more of us try to arrange a sleep over rather than trying to travel two to four hours just to spend an afternoon together.  This weekend we invited Sara and Donovan and Keira over and Stephen lured them with promises of a roast on Saturday and a full English breakfast this morning.  Yum!

The first thing I have noticed with Keira lately is that she has the concentration span of a goldfish!!  We played with fuzzy felt, play doh, my swiss ball, Summer and watched CBeebies on iPlayer all before dinner!!

Then we watched Bolt which I reviewed here.  I was very proud of Keira because she concentrated throughout the whole film and certainly enjoyed it!  Well, all the the adults and the almost three-year-old toddler were exhausted by 9pm and everyone went to bed! 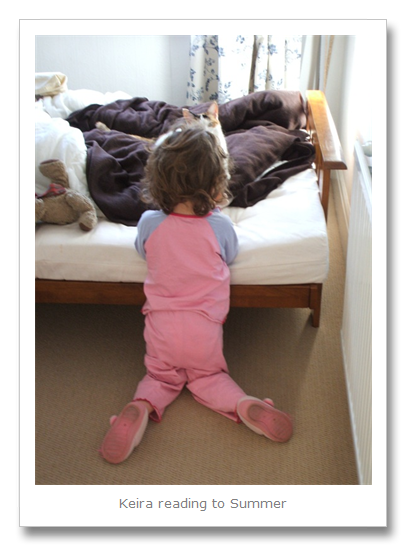 Keira certainly woke up with a lot of energy this morning!  Here is a picture of her reading to Summer.  I thought it was the cutest thing.  Keira thinks Summer is her friend and she was so excited to be coming to visit "Teev" and "Summa" this weekend!  Summer just loves the attention. 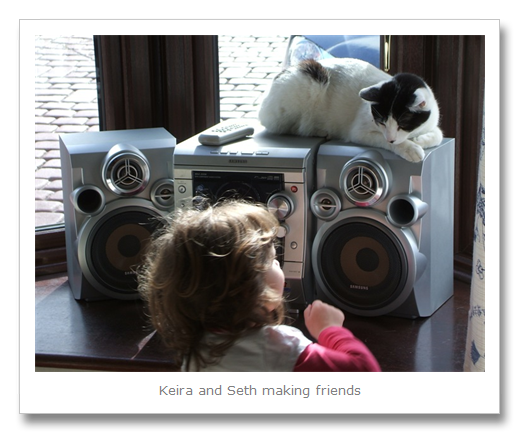 Keira doesn't know Seth as well because he is aloof and snooty and usually very scarce when Keira is around.  He let her touch his paw though after I convinced her he wouldn't scratch her. 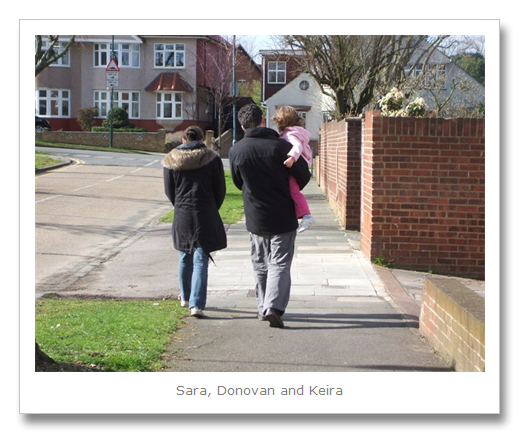 We decided to go to the park after breakfast as it was a lovely sunny day. 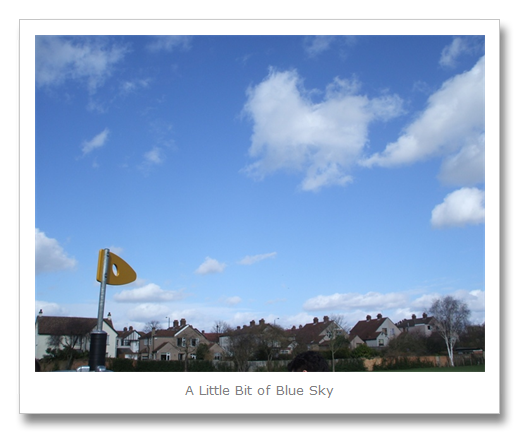 I couldn't help taking a picture of the blue sky as England is just so beautiful when the sun shines and the sky is blue.  It is so strange to think that I was a coffin-kid for most of my teens to mid-twenties and absolutely loved the clouds and the pouring rain. 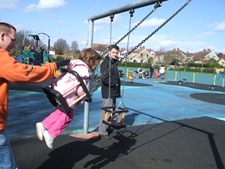 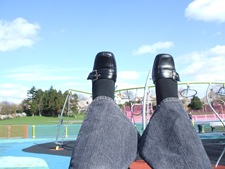 Keira and I had some fun on the swings. 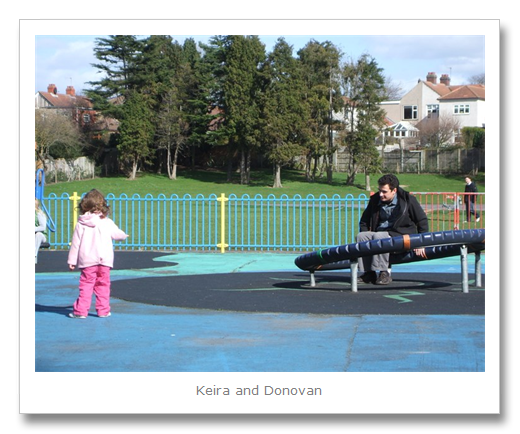 The one thing play areas have in the UK is a spongy, soft ground so that if children fall over, they don't hurt themselves.  Makes a difference to concrete I guess but in South Africa we mostly had sand and grass. 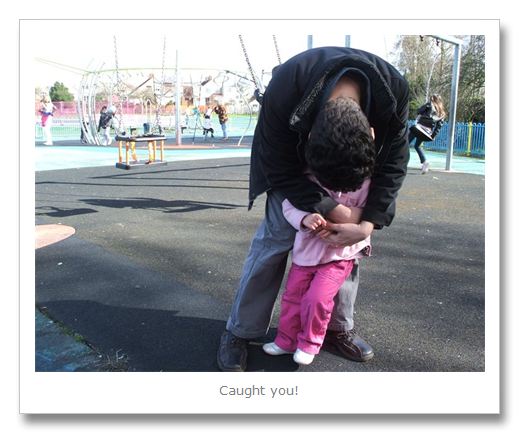 Keira really is the happiest little girl ever and it is so nice to see.  Sara and Donovan are doing a fantastic job despite all the difficulties that come with living a million miles from home.  My neighbour asked us today why we came over to England (because it certainly isn't the weather, she said!)  We explained that it was a combination of crime and career opportunities.  I have spoken to a lot of my South African friends in London in recent months and we all get really lonely.  A word of advice - if you are thinking of moving overseas and you are lucky enough to have friends in the city you are moving to, make sure you move near to them.  You cannot underestimate the power and comfort of just being five minutes away from your friends and family and just being able to pop over at any time.

It was a fabulous weekend and I definitely feel energised for the week to come now!