Update May 2014: I did enjoy my visit to the Rhino and Lion Nature Reserve in Johannesburg and will leave this post up but my opinion of this establishment and the Lion Park has since changed. I have come to understand the plight of captive bred lions, how lionnesses are subjected to the traumatic, forced removal of their cubs and how lions bred in these parks eventually land up being victims of canned hunting.

On Friday morning, 3 April, Stephen, my Mum and I headed of further north-west to visit the Rhino & Lion Nature Reserve.  I’m going to post our visit reserve in two parts because I have to uphold a promise I made to post a certain part of the reserve in its entirety.

By South African standards, the reserve is not cheap.  It is R90 per person to get in.  I checked and the Lion Park in Fourways is now R100 per person to get in and I can assure you it was not that expensive when we went in 2006.  Of course, R90 is the equivalent of £4 so moving on swiftly… 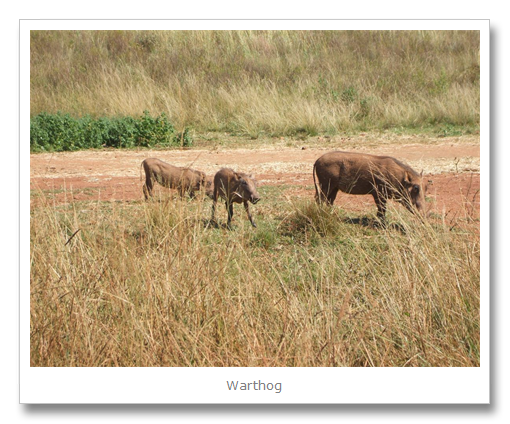 First we saw a family of warthogs.  How cute are those warthoglets??? 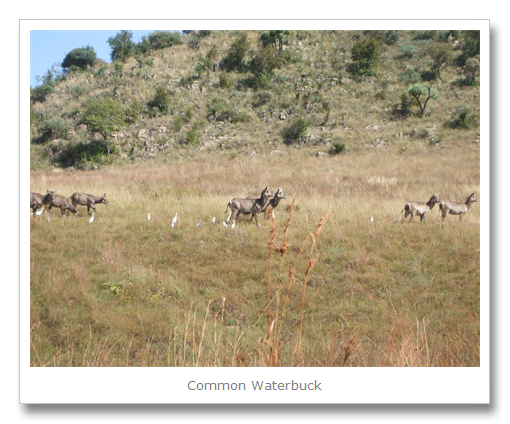 We couldn’t get too close to these little darlings unfortunately.  They have the cutest target-esque ring on their butts! I honestly don’t think I had seen a common waterbuck before so it was quite a treat to see something new. 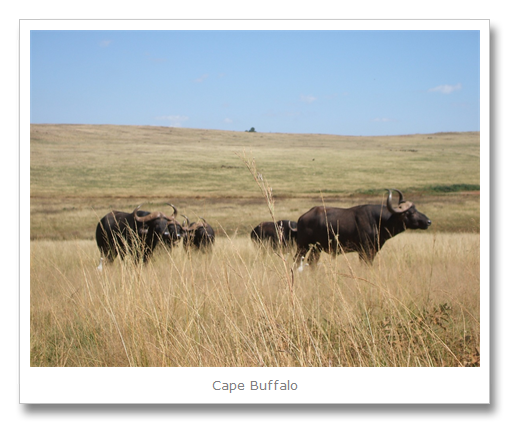 It was only about 10am in the morning but it was a hot day and there weren’t many animals around.  On the plains driving into the reserve, you will find mostly buck and other herbivorous mammals.  The predators are kept in enclosures with very high electrified fences and a higher degree of security. 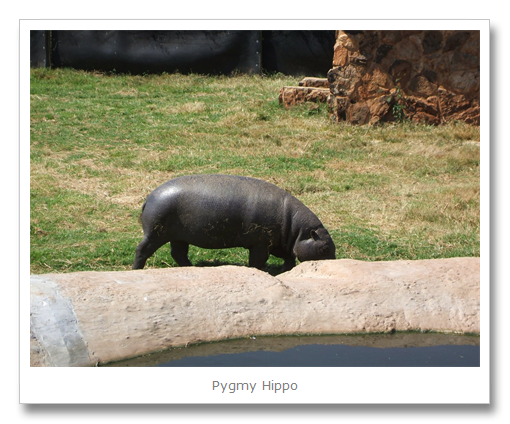 We reached the “Animal Crèche” at the reserve.  This is where many of the young animals are kept for people to get a closer look at.  The animals are often the protected offspring that come out of the breeding centre at the reserve.  Because many of these breeds are endangered, they cannot take the chance of “nature taking its course” and risk the young being killed in the wild.  Thus, they are kept in the crèche and breeding centre until old enough and viable enough to be released into the wild. 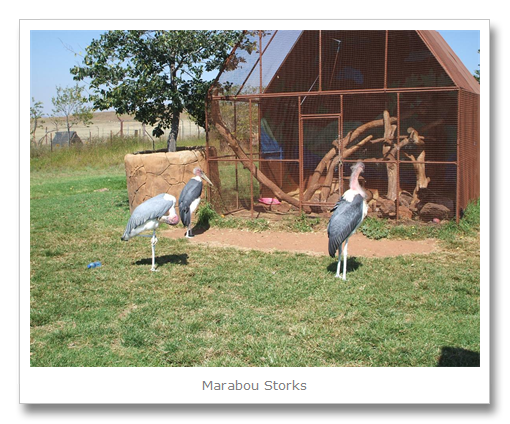 I think these are marabou storks.  It was quite exciting in that area (for reasons you will find out on Saturday, hopefully) and I forgot to check what type of storks these were. 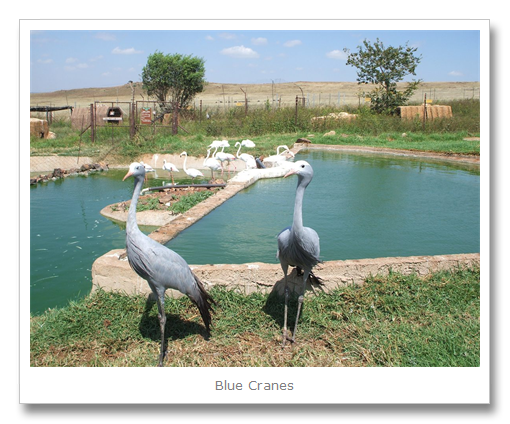 The blue crane is the national bird of South Africa and if I remember correctly, it is still on the 5 cent piece. 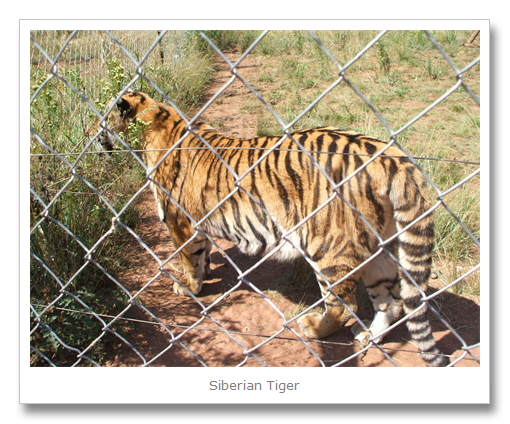 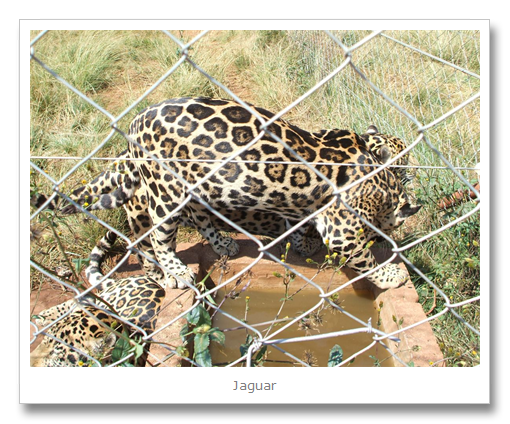 I understand the need for conservation and I think that they probably believe they are being noble, but I am sorry.  They have absolutely no business having tigers and jaguars in an African reserve. Tigers come from Asia and jaguars come from South America and both are used to hot and humid climates.  It is cold in Johannesburg in winter and it is a very dry place.  These pictures were taken 2 months after one of the wettest summers ever and look how yellow and dry everything is!  Summer is the rainy season too with winters being exceedingly dry.

I wasn’t pleased, I can tell you but on the other hand, I had never seen a tiger or jaguar before so I did appreciate their beauty.

The other thing I wasn’t too keen on about this area was that the pens were too small.  This photo gives you a better idea of the size of the pens: 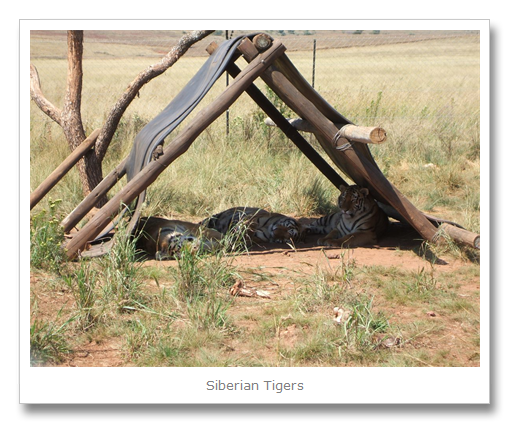 Taken from a distance of about 20 metres, you can clearly see the fencing to the back and side of the shelter.  There were a couple of tourists around and most of us were asking if the animals spent all of their time here.  I imagine that they do – you can see three adult tigers there and these are vicious creatures that do not tame in captivity.  Moving them every days seems out of the question.

I just got the whole idea that the animals were better looked after and more liberated at the Lion Park. 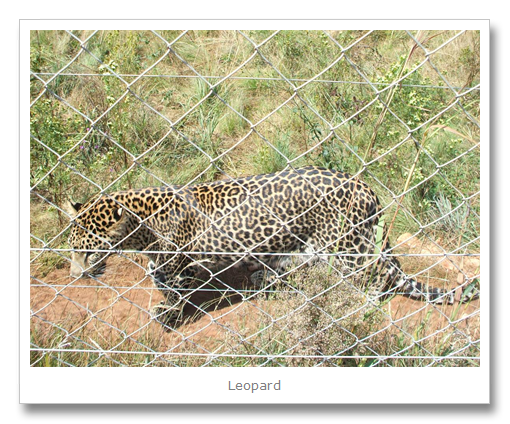 Anyway, I am probably giving the wrong impression with my little tirade.  Seeing these animals was a privilege and it was wonderful.  Later in the week I will post about the highlight of my trip.  I had a request to post each and every single photo and I will do so, with pleasure.  So be warned!  My next post will be ridiculously long but I know you will forgive me and love it!