My friends arrived from Manchester and we went to Canterbury today, which is a city near the east coast of England that is famous for its massive cathedral and the Canterbury Tales.  Canterbury has a phenomenal history and there is evidence of the area being inhabited since prehistoric times.  There was a wall built around the city in Roman times (they left in 410BC) and the wall was rebuilt in the 14th century.  We walked along a portion of the wall on our way into the town centre. 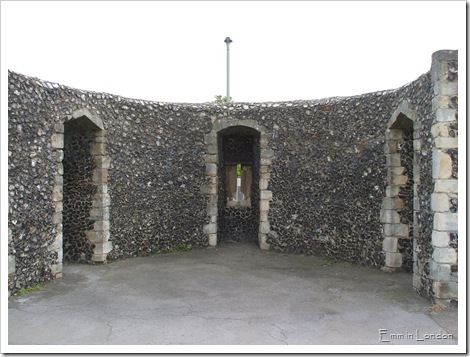 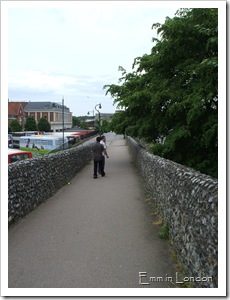 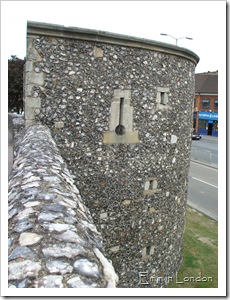 I love walking on city walls and my favourite walled city is up north, in Chester.

Canterbury was bombed heavily in World War II.  Statistics like this give me the shivers: “During the Second World War, 10,445 bombs dropped during 135 separate raids destroyed 731 homes and 296 other buildings in the city, including the Simon Langton Grammar Schools, and 115 people were killed. The most devastating raid was on 1 June 1942 during the Baedecker Blitz” [source: Wikipedia]. 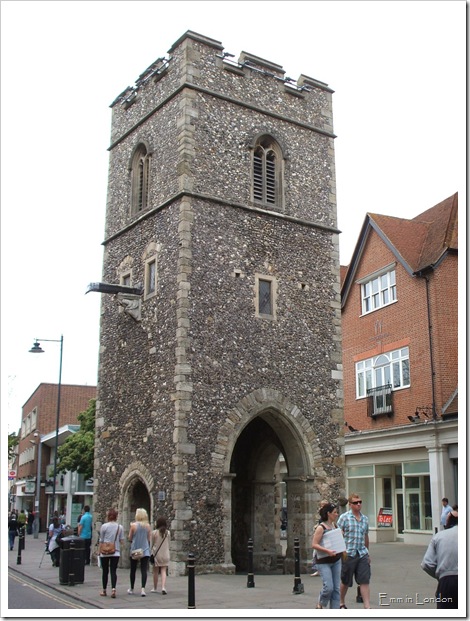 This is the tower of St George’s Church and it was all that survived after the blitz.  It was famous because it was where playwright Christopher Marlowe was baptized.  Seeing things like this just makes me sad and I suppose I get even sadder to think that human heritage continues to be bombed and destroyed the world over. 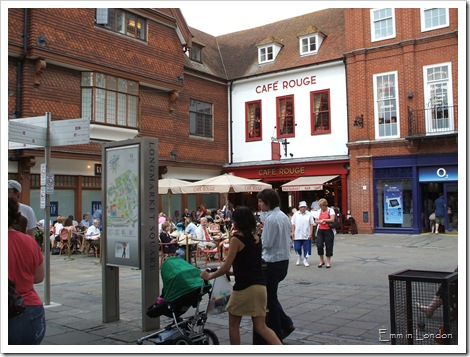 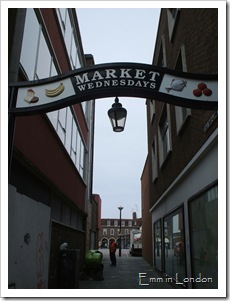 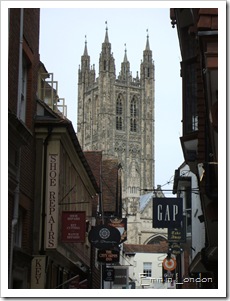 Canterbury reminded us all of York except that the men remarked that there seemed to be more older buildings in York than in Canterbury.  We soberly realised that this must be because of the effects of the blitz.  That is Canterbury Cathedral in the background in the photo above and you can see the beautiful gated entrance to the cathedral complex in the photos below. 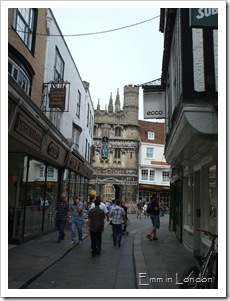 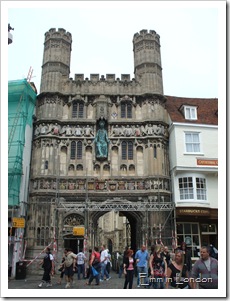 We discovered this strapping young puppy waiting like a good little boy while his owner bought some fresh meat from a street vendor.  What a gorgeous young thing!  Okay… back to our trip around Canterbury… 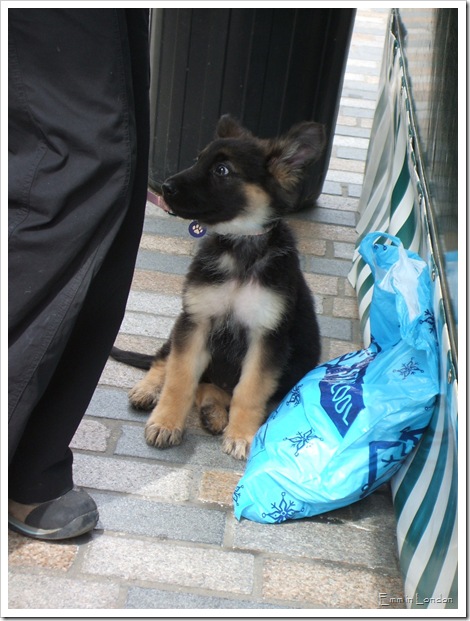 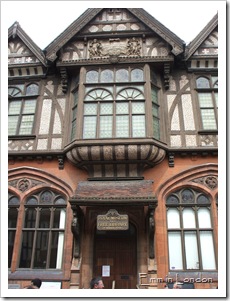 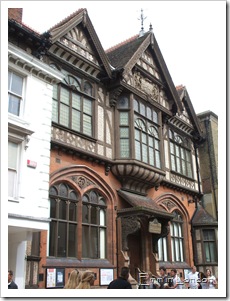 In the photos above, you can see “The Royal Museum and Free Library”.  What a gorgeous, old building!  I received a fair amount of teasing from everybody because I had insisted on visiting the library on our way out today, so that  could stock up on some new books to read.  Everybody thought it would be a great idea to drop me off here while they went to lunch! 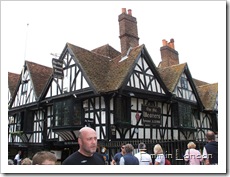 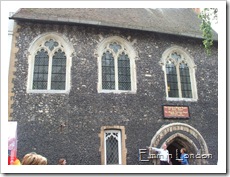 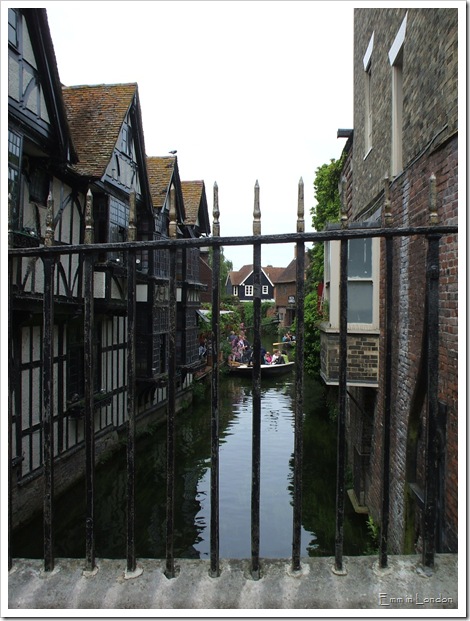 The city of Canterbury is on the River Stour and you can go on a river boat cruise for £7 for adults or £6 for children.  A couple of us really wanted to go on a cruise but it didn’t pan out that way.  Instead, Ste and my friend decided to go explore the parks while I went to Canterbury Cathedral with her husband and son.  I’m going to dedicate an entire post to the cathedral.

All that we saw of the parks was the gated entrance as we headed back to the car. 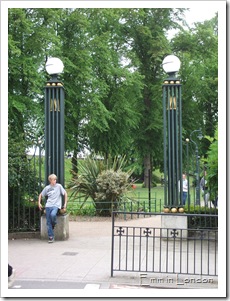 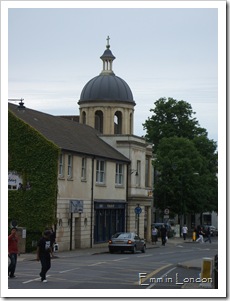 We had decided to leave Canterbury at about 3pm because my friend wanted to go to visit the seaside and walk along the beach.  We drove down to Margate which was so abysmal that we didn’t even stop the car, never mind walk on the beach.  It was horrible to see the decay in this once grand seaside town – it was little crumbling down!

Anyway, our short time in Canterbury more than made up for it and it was a lovely day!