Day out: Taking the Thames Clipper

I’ve wanted to go on a boat cruise up the Thames for the longest time and we finally got a chance on the Bank Holiday Sunday. The weather was glorious, the sky was blue and it was a lovely warm day. So we left the Thames Barrier and we drove up to The O2 and caught the TFL Thames Clipper from the Queen Elizabeth II Pier. Our group was made up of four adults and one teenager. A single trip on the Clipper is a whopping £5 and a return is £10. You can get a roaming ticket for £12 which allows you to get on and off as you please and they gave us a deal and allowed the teenager to go free when we bought four roaming tickets. Score! 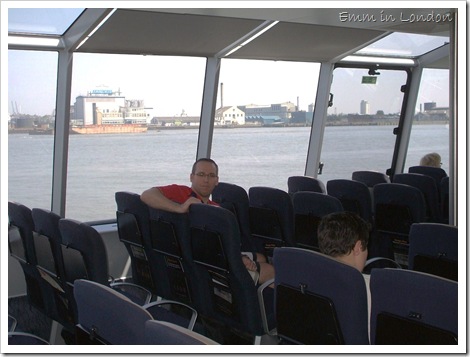 The Clipper is so smart inside and it has a bar. I could have sat there the whole day just drinking coke and watching the sights go by. 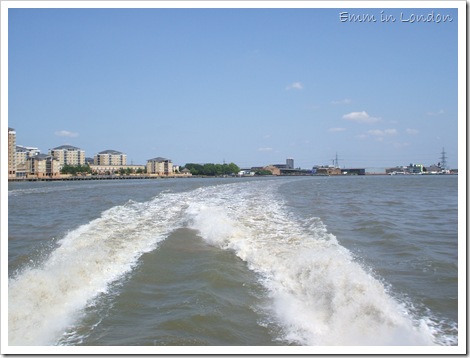 We soon realised there were seats available outside, on the stern of the boat. I think you call it the stern but it is 23 years since I was a girl guide so I’m not sure.

The Clipper goes really, really fast and we guessed that was the reason why we felt no sea sickness. The first stop was Greenwich which is usually so pretty but had ugly yellow cranes on the pier on this occasion! The photos above show the chimneys of the old Greenwich Power Station and the Greenwich Foundation. 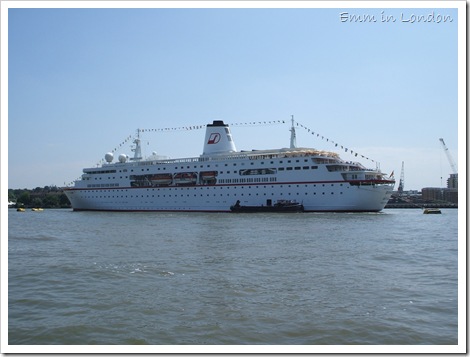 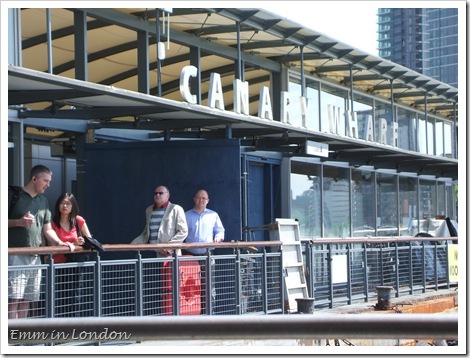 We were at the Canary Wharf pier in no time. I love Canary Wharf and I just knew I was going to get my best shot of Canary Wharf ever! I thought the pier looked like it came straight out of the seventies. 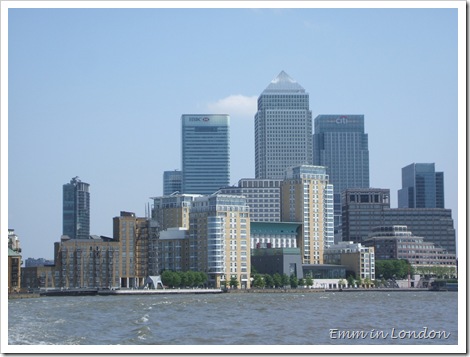 The best shot of Canary Wharf ever

I know I’ve taken tons of photos of Tower Bridge and the Mayor’s office before, but never from the middle of the Thames! 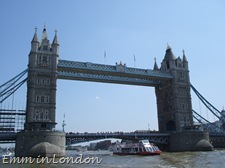 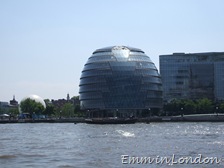 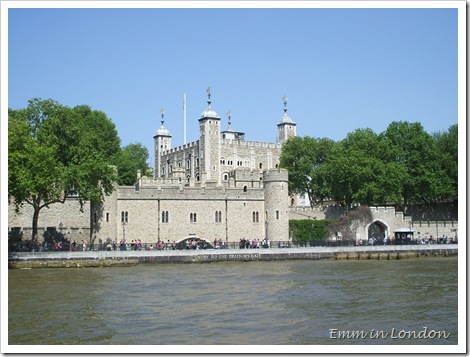 Tower of London and Traitors Gate 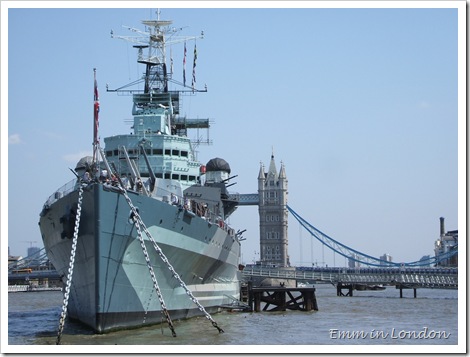 Across the river from the Tower of London we saw the magnificent HMS Belfast which is permanently moored and can be accessed via Tower Bridge or London Bridge station.

I need to go now so I’ll have to complete this post next week. Ten sleeps to New York!