A Day Out at the Thames Barrier, London 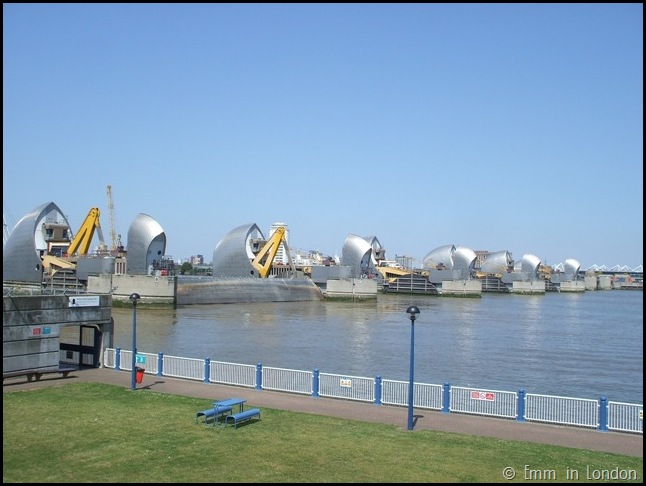 The Thames Barrier with a closed section visible on the left

For some reason I cannot quite pinpoint, I have long been fascinated with the Thames Barrier in London.  Yet despite living in that area for a year, I only saw it for the first time from the Docklands Light Railway on the way to the airport in March.

Well, we finally made a visit to the Thames Barrier on the Bank Holiday weekend (the day after we went to Canterbury).

The weather was absolutely glorious that day and by 10am in the morning it was already sweltering.  I love London in summer! 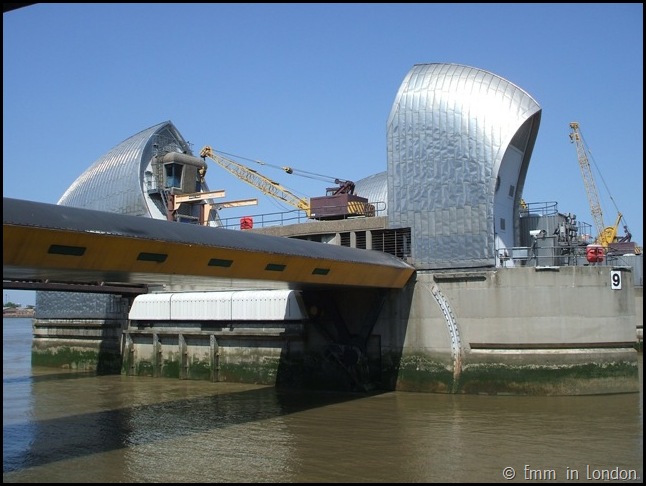 The Thames Barrier is the second largest moveable flood barrier in the world (the largest is in Maeslantkering in The Netherlands).  It was set up to protect the 125 square kilometres of central London from tidal surges.  Tidal surges are a real threat in the area and in 1953 the North Sea Flood left 307 people dead in the UK and 1,835 people dead in the Netherlands.  A flood in 1928 had left 14 people dead and the scale of these natural disasters prompted the construction of one of London’s most visible landmarks. 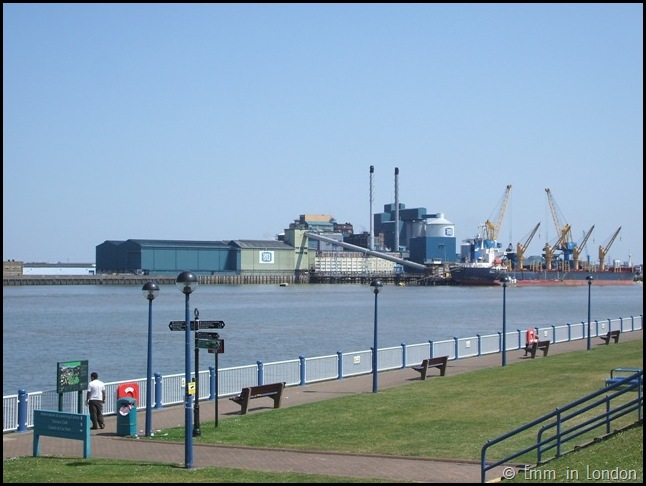 The Tate & Lyle plant across the Thames to the south

Only a fool would underestimate the seriousness of tidal surges in the area.  Two South African fools such as Stephen and I for example.  On 9 November 2007, the barrier had to be closed twice following a storm surge in the North Sea that was comparable in scale to the 1953 surge.  Stephen had been in the country a week and we got calls from my father in Liverpool and my uncle in Westerham asking if we could find somewhere else to stay that weekend.  Well, Ste and I hadn’t seen each other in four months and we weren’t about to go through that rigmarole, so we laughed off the threat. 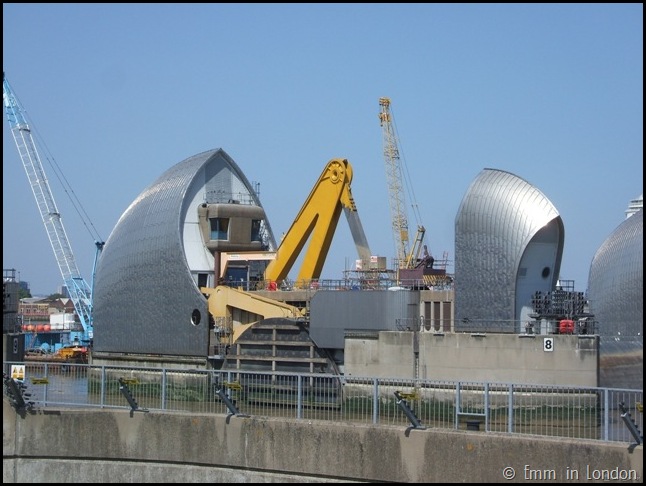 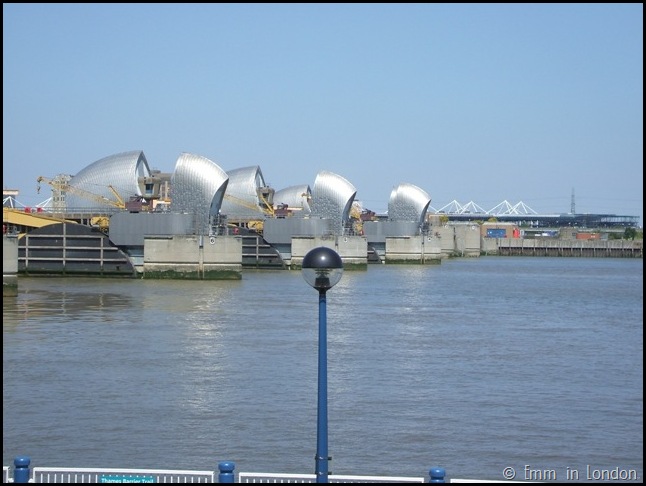 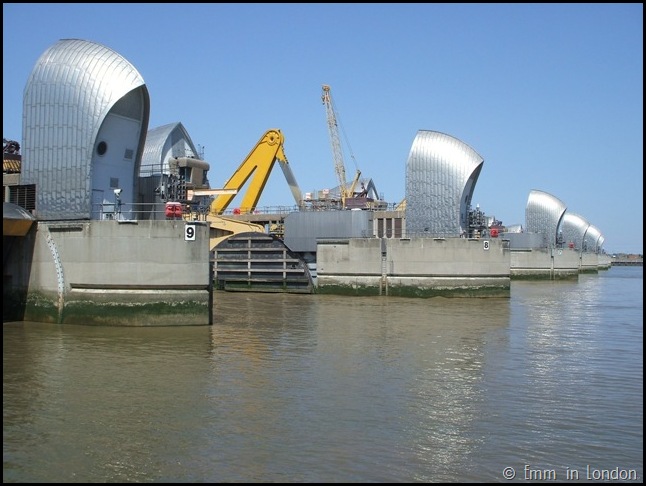 In reality, the only thing that saved the area was that the surge did not coincide with high tide.  We were living in Thamesmead which is down-river from the barrier (and therefore not protected by the barrier) and the area would have been submerged had the flood actually happened – we were probably the only idiots who actually stayed in Thamesmead that weekend!! 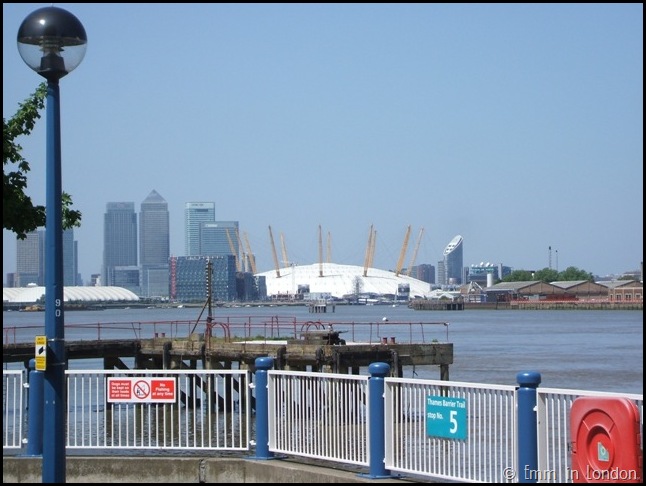 The Thames Barrier was a quiet and eerie place but then it was before noon on a Sunday in London!  I noticed long ago how quiet things are up to lunch time around here. I would recommend that people go visit at least once but you may want to combine your visit with a trip to Greenwich or the O2.

There is a lovely park there (The Thames Barrier Park) but unfortunately my guests did not want to visit it.  There is also an information centre which is meant to be open seven days a week but apparently it was not open on the day we went to visit.  I would suggest calling them first on 020 8305 4188 if you want to visit the Information Centre and remember, you can get 2 for 1 tickets if you travel with National Rail. 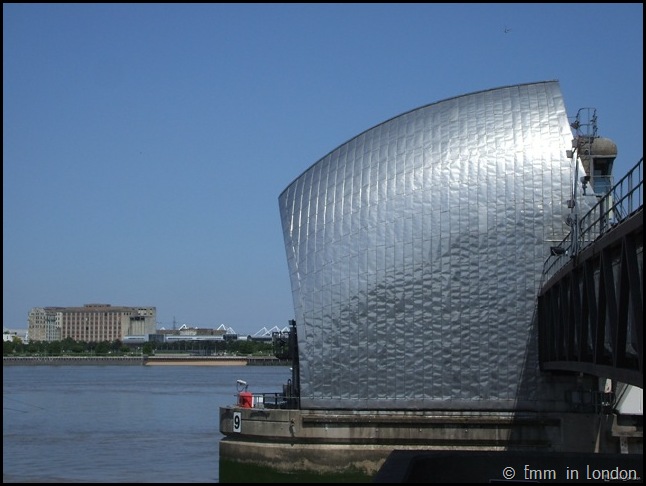