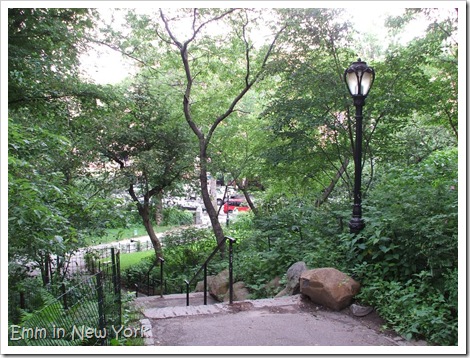 One of my favourite photos ever

I had a nap and then left the apartment just after 3pm and walked the three blocks to Central Park. I entered in the north-western corner, climbed a small rise and was confronted by the beauty that is Central Park. How do I explain this? Within moments I could envisage myself living in New York and running through Central Park every day and that feeling hasn’t gone away since. It’s a real pity that Stephen is absolutely not interested in moving to the US. 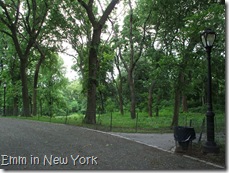 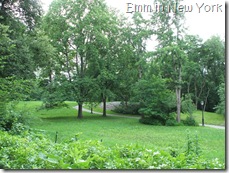 I loved that I could just walk and walk for ages, choosing between different routes and not knowing what was around the next corner. It felt strange to be walking alone as this is something I could never, ever have done in South Africa. Still, there were loads of people running or walking their dogs. 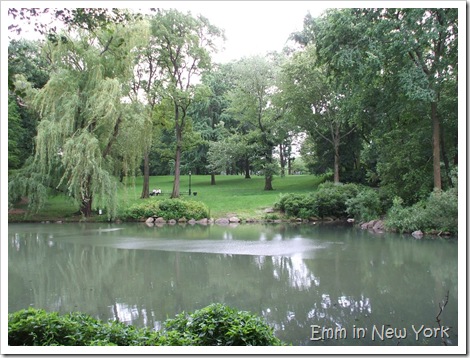 Still in the north-western corner, I think this is called The Pool. I took some time to absorb the beauty and to look at the people relaxing around me… 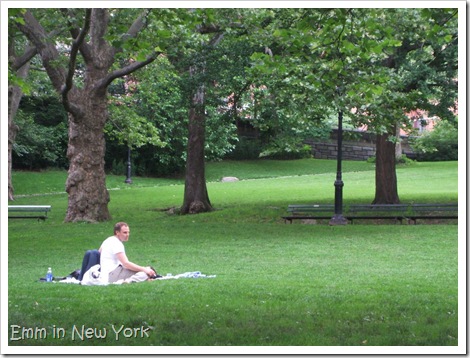 … and then I had a close encounter with a racoon!! I’ve never seen one of these little creatures before and apparently was lucky to see one in the daytime. 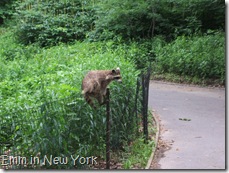 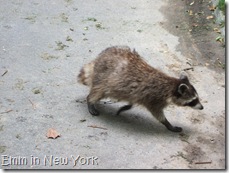 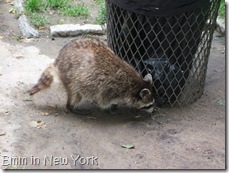 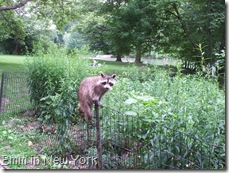 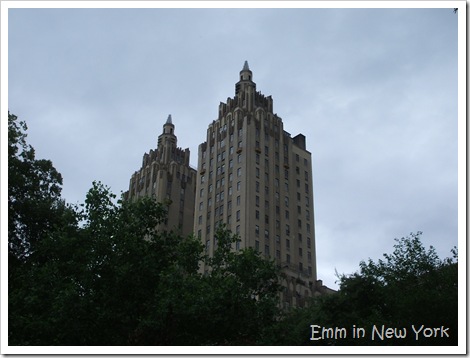 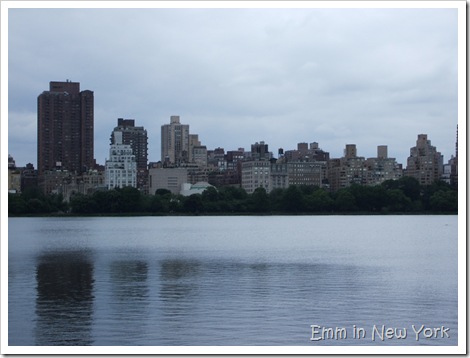 The Upper East Side viewed over the Jackie Onassis Reservoir

I took a break at the bottom of Jackie Onassis Reservoir and wrote in my notebook:

4:40pm I walked for an hour through Central Park from 110th Street to about 86th Street. It starts off lush and forest-like and then gives way to playgrounds, grassy areas with miniature soccer team practices, tennis courts and so on. I stopped for a refreshing Lifesavers popsicle and a Dragonfruit Vitamin Water. I’d been wondering what the fuss was about Vitamin Water and now I know – it is quite pleasant.

I’m quite tired now. I’m sitting by the Pinetum which seems to be a quiet area. I’m wondering if I should visit the snooty Upper East Side on my trip. Everyone looks so… normal, nothing like they do in Gossip Girl!

Made the decision not to go to Boston which is sad. Will delay trip to Washington DC until Thursday which means I don’t have to be up by 6am tomorrow which is fab.

Booked a CityPass ticket for $79. It seems to be worth it as you can’t get entrance into all of those attractions for less.

I must stand up now. My legs are taking strain but hopefully I worked off those dim sum (New Favourite Thing). I’ll try to make it down to Times Square now maybe or perhaps the Guggenheim.

I got my first glimpse of the New York skyline… 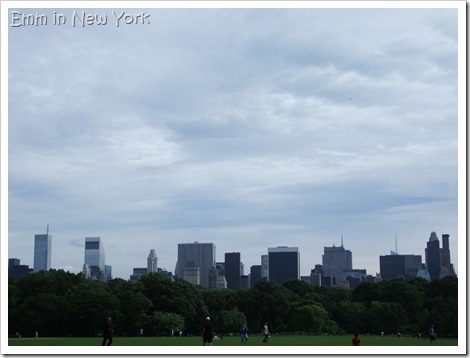 … and I watched some amateur baseball on the Great Lawn (where only team sports are allowed, no sedentary activities). 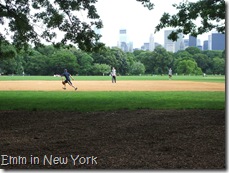 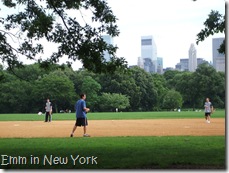 I exited Central Park on the Upper East Side on Fifth Avenue. I saw a snooty Catholic Girls School (Marymount School) and amused myself thinking up Gossip Girl type scenarios. Can you imagine going to a grand old school like this or living in gorgeous apartments like this overlooking Central Park? 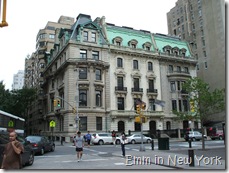 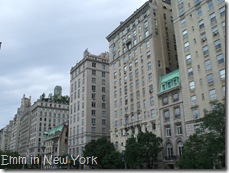 The one thing that really impressed me about New York and DC was how white and clean their buildings are! Buildings like this are generally various shades of grey in London and Johannesburg. 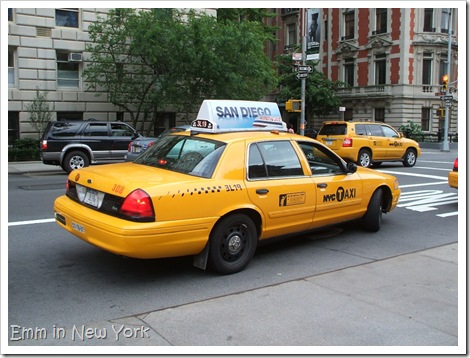 I thought I’d take a picture of some good old New York taxi cabs, seeing as I had no intention of actually getting in one! This was taken outside the Metropolitan Museum of Art. 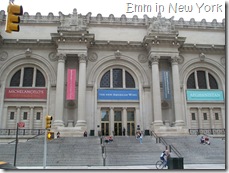 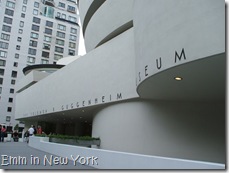 5.45pm I’ve just realised it is Monday. I’ve been writing “Tu” all day in my diary. The Met is closed on Mondays and the Guggenheim just closed at 5.45pm. What shall I do now?

Click here to see all posts from my trip to New York in 2009.