I decided to hop onto a bus and head on down to the Empire State Building.

"Just got on bus and tried to use Metro card.  I thought I had three rides left but turns out you pay $5 for AirTrain at JFK airport so  only had $1 left on card.  Tried to pay a dollar but it only takes coins (like the phones!).  Driver told me to pay the coins I had which was only 66c!!  How nice!” 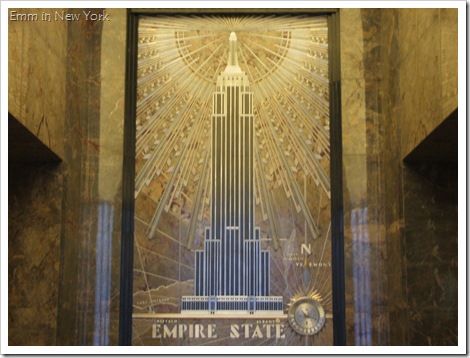 In the lobby of the ESB

It was a cloudy day and I was really worried that I would have limited visibility at the top of the ESB.  Note to self: I should have been more worried about being blown off the roof or hypothermia!  It was slightly cold and windy at the top.  I think the cold and grey kept most people away though as there weren’t many queues when I went to visit.  My CityPass enabled me to skip what few queues there were though.

I was absolutely shaking with cold so please excuse some of the blurry photos! 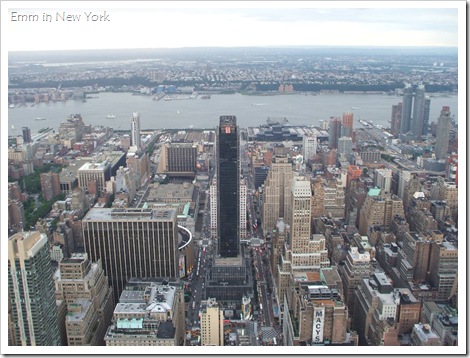 Looking West you can see New Jersey in the distance beyond the Hudson River.  One Penn Plaza is the tall black building in the middle of the photo and Madison Square Garden is there peeking out on the bottom, left hand side of the building. 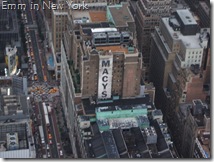 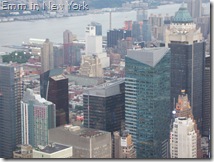 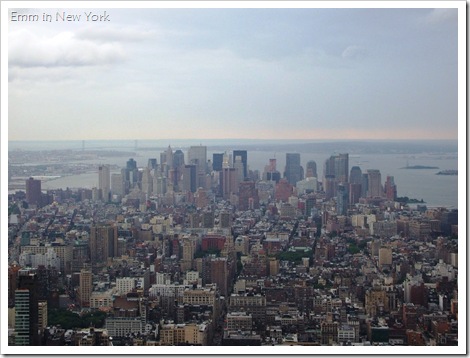 Looking South you can see the East River to the left, the Hudson River to the right and the Atlantic Ocean is in the far distance.  The land on the left is Brooklyn, Staten Island is straight ahead and the Statue of Liberty and Ellis Island are the two little islands in the Hudson River.  Once upon a time, you would have been able to see the World Trade Centre to the right hand side of the downtown skyscrapers. 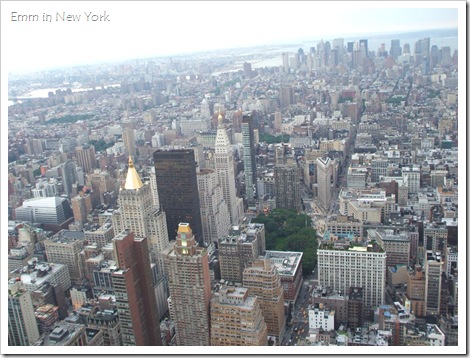 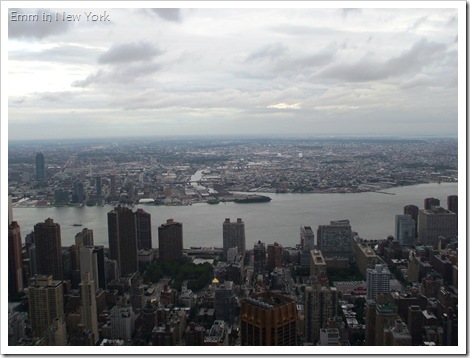 Gazing over the East River, you can see Queens to the left and Brooklyn to the right.  The tip of Three Park Avenue is just visible at the bottom of the photo. 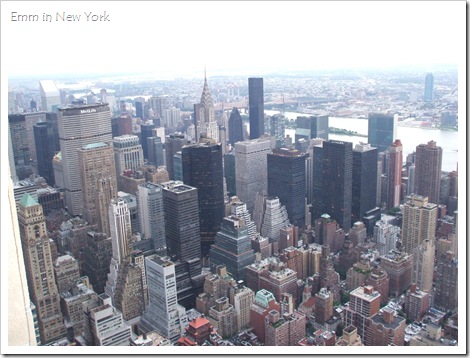 I love this photo because it gives an idea of the giants, density and different styles in all of the New York’s buildings.  This is the view looking towards the North East.  The United Nations is the rectangle building on the right that seems to stand alone against the East River.  The Chrysler Building is there in the centre of the photo. 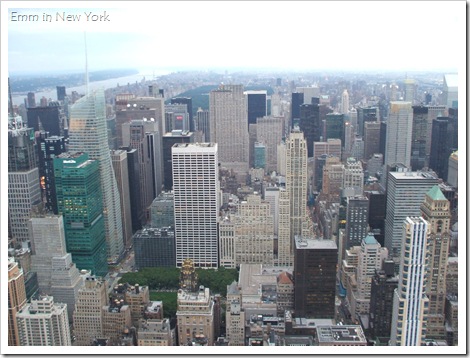 It was a lot to take in on that first day going in to the centre of Manhattan but it is amazing now to look back and to see so many things that I recognise!!  It is silly but I am really longing to return to New York and soon!  Am I going to be one of those people that lands up visiting every year?