On Tuesday morning I got up nice and early and went through to Pier 83 on West 42nd Street. If you want to take a Circle Line Cruise, I'd recommend booking ahead of time at the Circle Line website or using your CityPass which you already bought yesterday on my say so.  I’d also recommend checking the schedules online as the option I decided to go on, the semi-circle 2 hour cruise, only runs twice a day at 11:30am and 3:30pm. 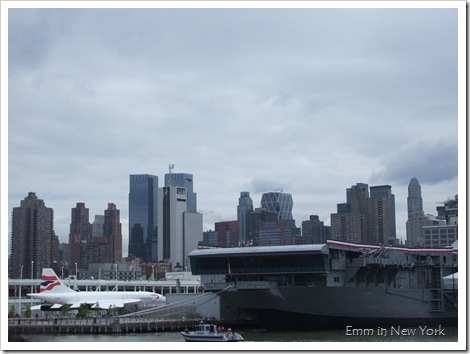 After finding myself a nice seat, the boat pulled out of the pier. 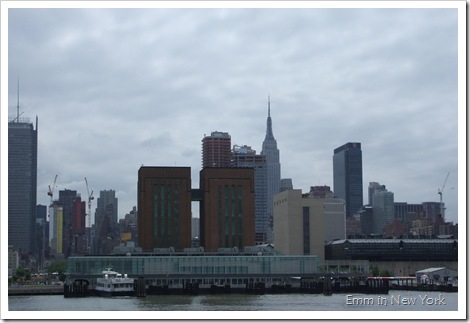 Ventilation shafts for the Lincoln Tunnel 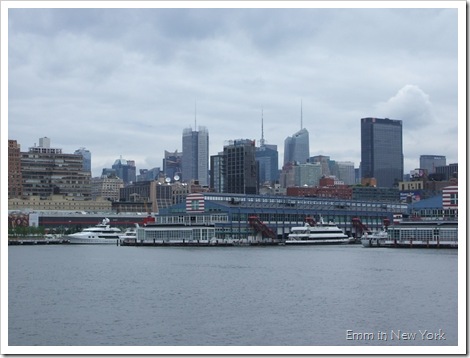 Chelsea Piers where all episodes of Law and Order are filmed

The boat goes really, really fast so it is hard to take photos.  In addition, the boat is obviously tipped at an angle as it speeds along so I had to come home and adjust the tilt of every single picture I took! 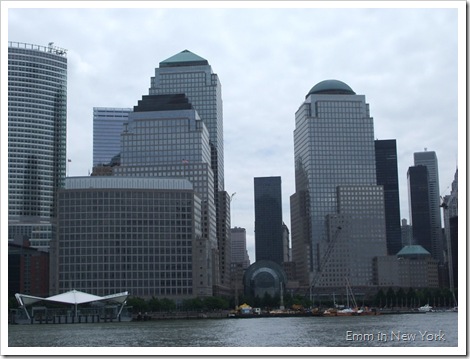 Eight years ago, this photograph would have been dominated by the towering giants of the World Trade Centre.  In fact, I would have had to reduce my zoom to fit them into the picture.  How very sad. 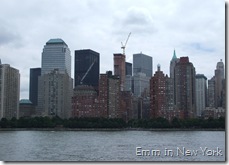 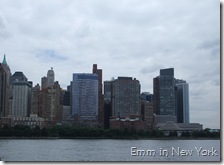 Today, the best way to locate Ground Zero is to look for the cranes as they rebuild the World Trade Centre.  I went to visit there on the last day of my trip so more about that later.

Once again, the spirit of New Yorkers moved me as the guide on the tour told stories not of bitterness but of triumph and achievement as he described the events of 9/11 and beyond. 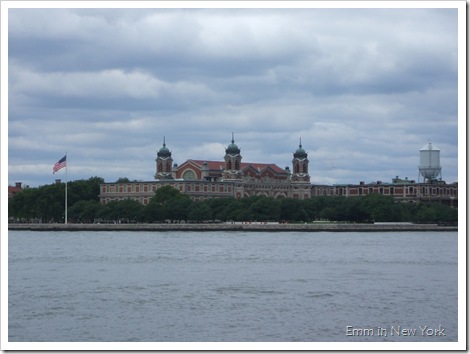 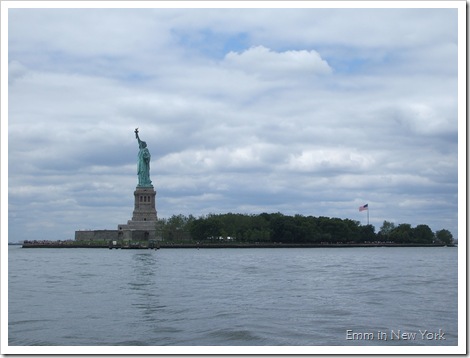 The Statue of Liberty and Liberty Island 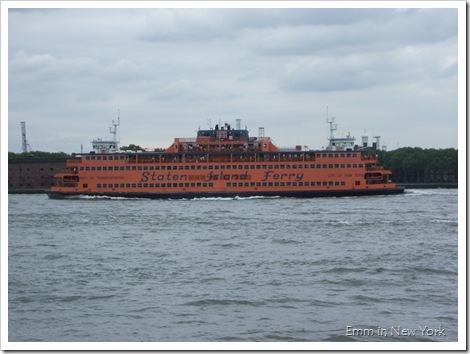 I loved the story of the Staten Island Ferry!

“With $100 borrowed from his parents, Cornelius Vanderbilt purchased a periauger (a flat-bottomed sailing barge) and began a ferry service between Staten Island and Manhattan. He repaid the hundred dollars one year later. By then he had earned a profit of $1,000. Eventually, his ferry service became known as the Staten Island Ferry, which is still in operation today” - source 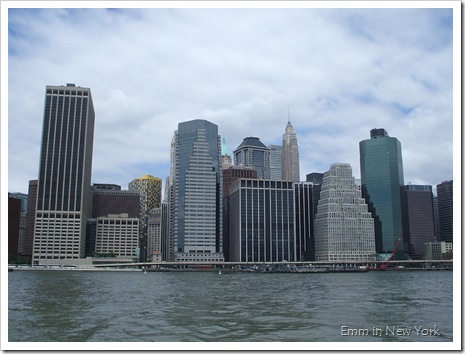 Among the buildings you can see above are: 1 Financial Square (the silver and black glass building with graded corners), 120 Wall Street (the limestone stepped building), the Continental Centre (the green glass building). 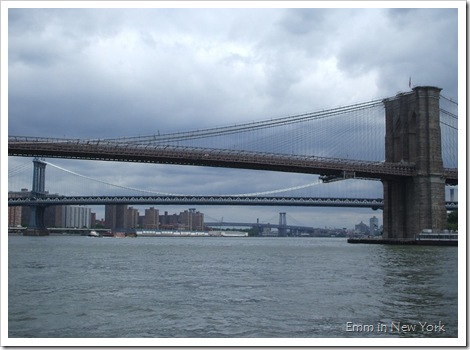 The Brooklyn Bridge and the Manhattan Bridge 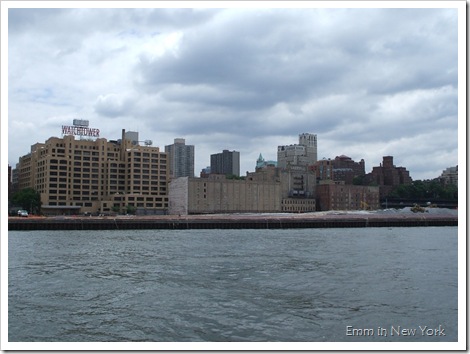 The Watchtower Building in Brooklyn Heights is for sale if you'd like to buy the old Jehovah's Witnesses' headquarters. 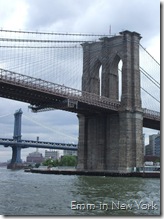 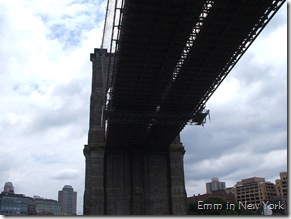 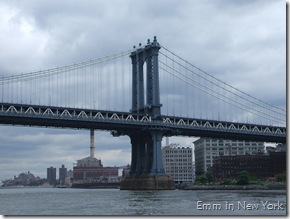 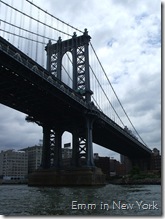 Excuse me while I indulge my weakness for bridges.  The Brooklyn Bridge is above and the Manhattan Bridge is below. 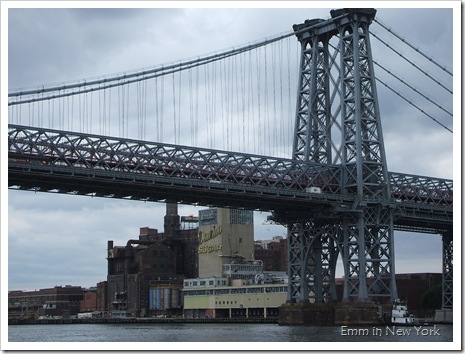 The exquisitely ugly Williamsburg Bridge and the Domino Sugar Refinery 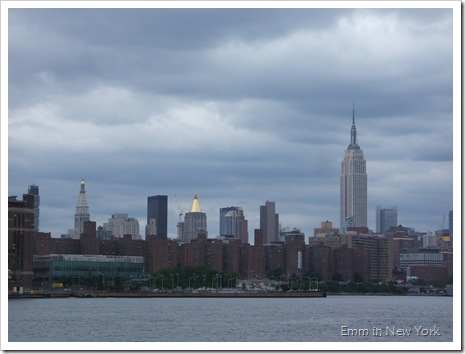 View of Midtown Manhattan with Stuyvesant Town in foreground. 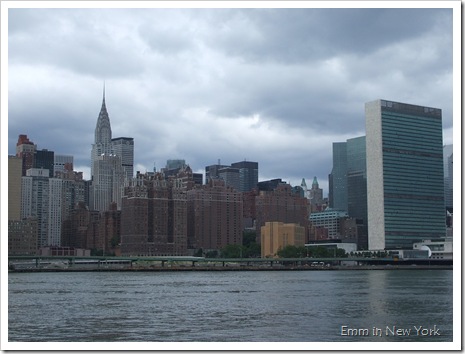 Tudor City with the United Nations to the right 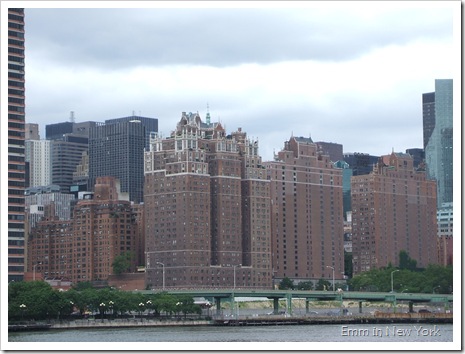 Another view of the beautiful Tudor City

At this point, the boat turns around and continues back the way it came. I was a little chilly by that stage so I got a famous New York pretzel and a cup of hot chocolate. The Circle Line Cruise is a long cruise and two hours is a big chunk out of your day in New York (especially if the second half is a repeat of the first half). I would rather recommend a tour that goes from one point to another than spending an hour going back the way you have just come. Perhaps then it would be best to take the three hour Circle Line cruise and then use your CityPass for the Statue of Liberty rather.

At about half past one I finally hit land again and with slightly wobbly legs, decided to head off to the Museum of Modern Art.