As I’ve mentioned before, I have a weakness for hot dogs.  When I got down from the Empire State Building at about 8pm, I saw this  hot dog stand. 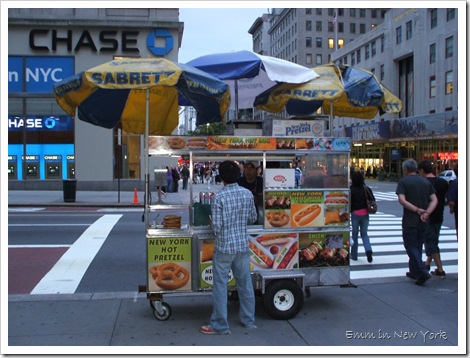 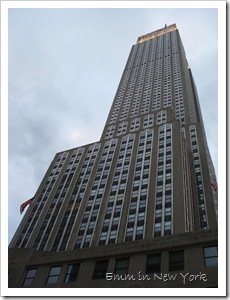 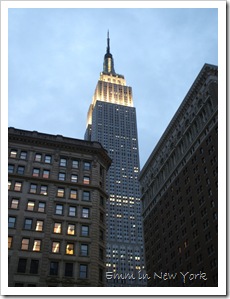 The Empire State Building. I love the contours in this photo // Last glance towards Empire State

I walked away from the Empire State Building towards Times Square.  I was back in “oh my gosh, I can’t believe I am in New York” and I was drinking in the sights and sounds (having wolfed down my hot dog in 30 seconds). 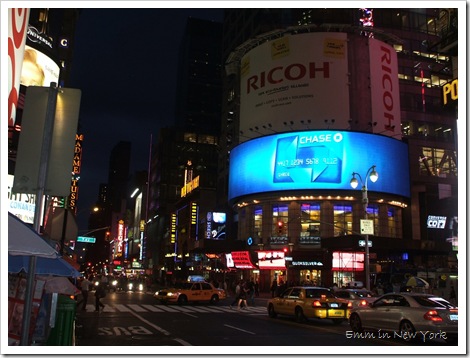 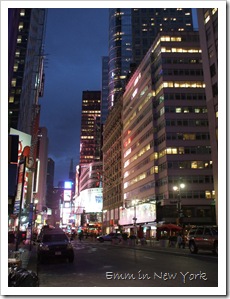 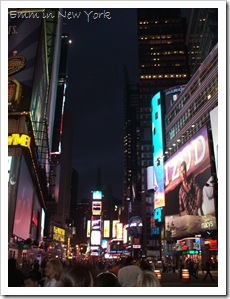 As I walked towards Times Square I was assailed on all sides by a carnival of lights and sounds.  It was beautiful and exciting and I quickened my step.

As I came into Times Square, I saw that the had closed the road and that deck chairs had been laid out.  I took a seat. 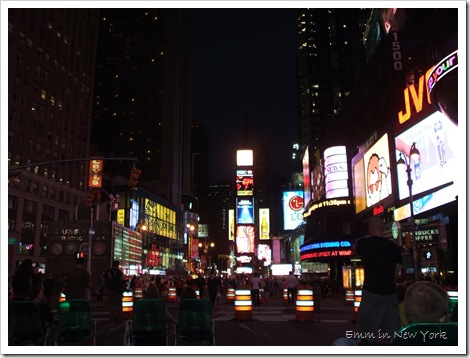 The orange and white drums mark where cars could still cross on W46th Street but Broadway from closed before and after that point. 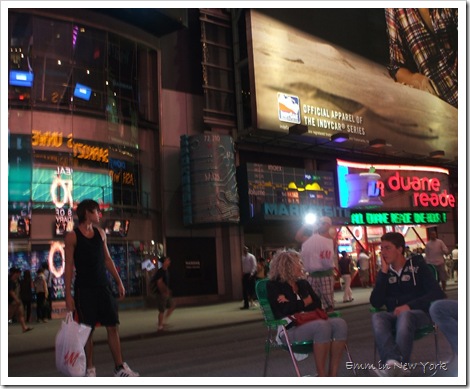 Sitting and relaxing in Times square

This was the most poignant moment of my entire trip.  It felt as if the life force of the city was flowing through me (but it is possible that jetlag and fatigue were causing me to hallucinate at this point!).

I asked a friendly, local looking guy sitting behind me whether the road had always been closed like this.  He said no, it was just a trial and they’d started a short while before.  (In fact, Mayor Bloomberg announced his car-free plan back in February and it was implemented late in May).  A short while later I was staring up at the sky watching rain drops as they fell down towards me.  It was like the moment in Daredevil where it rains and Daredevil can see Elektra for the first time.  The rain drops were so visible against the dark blue sky.  Friendly Guy had noticed this too and remarked to me in an almost giddy voice that he could see the rain drops.  It touched me that an obvious local, sitting there in his suit and talking with that lovely accent, could still feel like that after living in the city for so long. 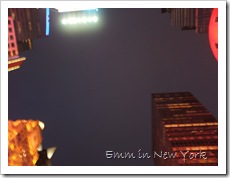 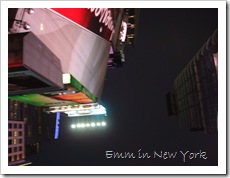 Watching the sky but I didn't seem to capture any rain drops.

8.50pm [Monday 22 June 2009] Super surreal New York moment. I'm sitting on a deck chair in the middle of Times Square watching the people and the lights. I'd get a cup of tea coffee if a) I could walk, b) I wouldn’t lose my chair.  My camera has finally run out of battery and there is a subway right here – perhaps i should head home.

I just took a photo for a lovely European couple – German perhaps?  Was going to offer but scared of losing chair (see above) but luckily they came and asked.

I love this city.  I love how friendly people are and I love how beautiful it is and all the greenery and old buildings.  It is so warm too!

I just got the most awesome shot of the buildings towering above me – hope it comes out.  Should stop writing now – it is raining and words are smudging. 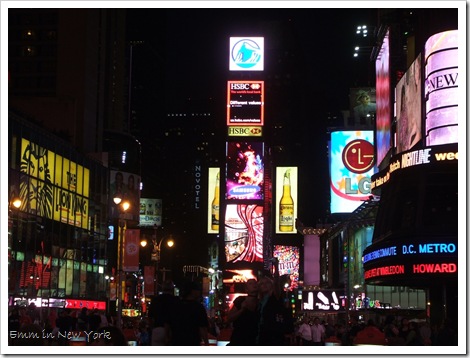 I walked a block or so uptown to the end of Times Square but then I decided I was just too tired and walked back to where I had been to catch the subway. 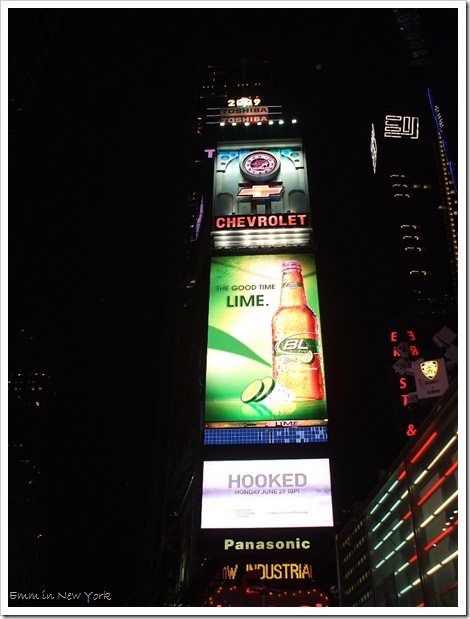 I’d had a late start to the day but had basically been walking for five hours! I was most amused to see these two NYPD police cars, one jump starting the other.  I wonder if that is standard procedure?  Aren’t the cops lovely looking?  Just like in the TV shows.

I got onto the subway and caught the 1 train from W42nd Street to W110th Street. 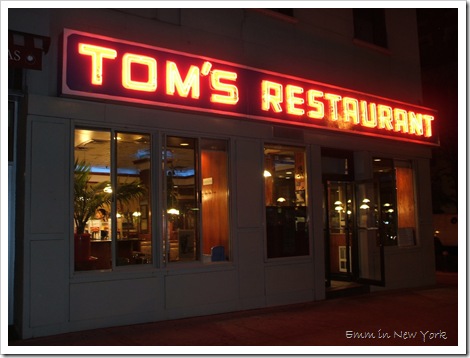 Right around the corner from the apartment was Tom’s Restaurant.

9.50pm Am sitting in Tom's Restaurant (made famous by Suzanne Vega's song "Tom's Diner"). One block away from temporary home. $2.70 for a decaf coffee and some sort of orange sponge cake.

I got back to the apartment, showered and fell asleep the moment I closed my eyes.