Last Friday night I did something I never would have thought I’d do - I went to a Mika concert. See, I like a lot of music but I am very particular about what I do and don’t like. The biggest representation on my iPod is in the genres Indie Rock, Alternative and Progressive Trance. I don’t usually listen to mainstream run of the mill pop. Stephen likes Mika though and so I entered online at Evening Standard for free tickets and won a pair. 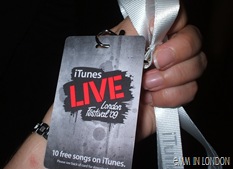 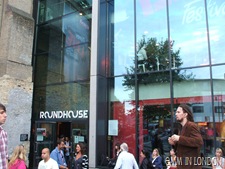 It was the last performance of the iTunes Live Festival at the Roundhouse in Camden that had featured the likes of Kasabian, Placebo and Franz Ferdinand (all bands that I have seen in concert and would sell my husband my soul to see again live). It was the second time I’ve been to Roundhouse – the first was to see Shpongle last year. We’re going to see Shpongle again this year at the Roundhouse for their Halloween gig and I can't wait. 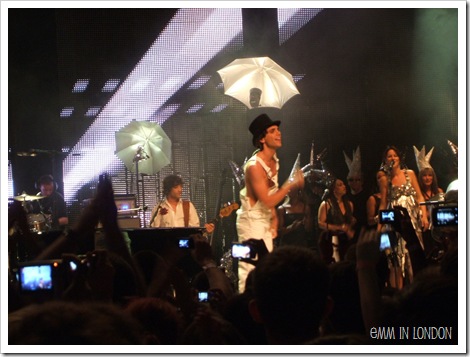 So, what did Little Miss Music Snob think of the wildly eccentric and theatrical Mika? I loved him. I thought he was absolutely great and I would even buy his new album (with the ten free iTunes downloads I got with the ticket!) 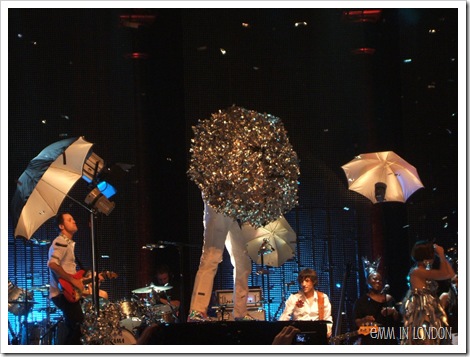 The concert was being recorded live and broadcast on ITV and he wasn’t meant to swear (apparently the fine for swearing on prime time TV is £10,000 per word but I can’t find any links). Well, after his first honest mistake, he threw all caution to the wind and seemed quite happy to swear away whatever fee they were paying him for performing that night. I think broadcasters should get over themselves anyway – it hasn’t got any better since they tried to prevent Jim Morrison from saying “higher” on television. While I wouldn’t usually advocate foul language, it has to be said that his original songs have swearing so what did they expect? 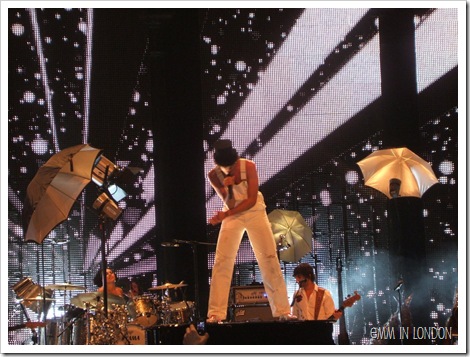 Mika is an excellent and entertaining live performer and he really is talented. He has an excellent voice and he absolutely engages the crowd. It is so refreshing to see a performer sing his heart out live on stage when so many acts just go through the motions. 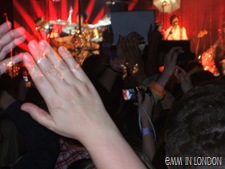 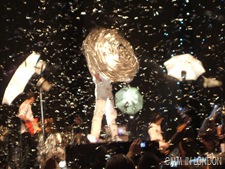 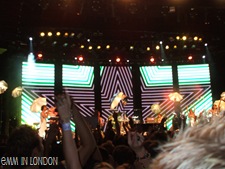 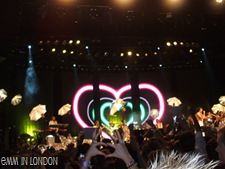 Throughout the show there were hands in the air, lots of glitter and streamers, stars and lots and lots of love. It was an uplifting and enjoyable show and I would recommend to anybody that they go see a Mika show at least once. Who knows, you might have fun despite yourself and land up bouncing up and down and dancing and singing. Or is that just me?