I’m taking a look at the time stamp on my photographs to see what time I set out on my fifth day in New York and, um, it looks like it was only about noon!  I guess I was pretty tired from my very long day the day before. 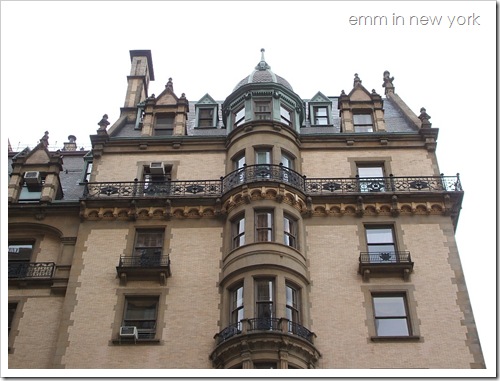 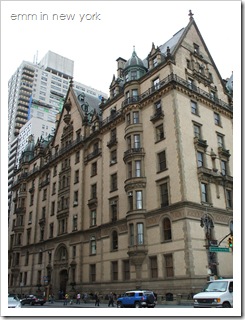 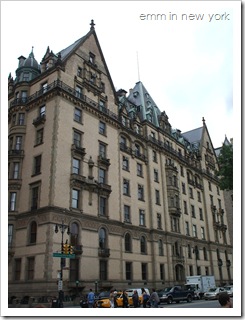 My first stop was the Dakota which is an absolutely exquisite old apartment building built in 1884.  It can be found on the corner of 72nd Street and Central Park West.

Apart from being visually stunning, the Dakota is famous because it is where John Lennon was living in 1980 and he was killed in the 72nd Street entrance (pictured left above) on December 8 1980.  I stood by that entrance looking in and I got quite a chill now as I realised that was where he was shot.  I don’t remember much about that day as I was only 7 but I remember my mother being devastated and I remember not being able to fathom that such a thing could happen.  Yoko Ono still has an apartment in the building.

I then went across the road to Central Park to visit Strawberry Fields, the John Lennon memorial. 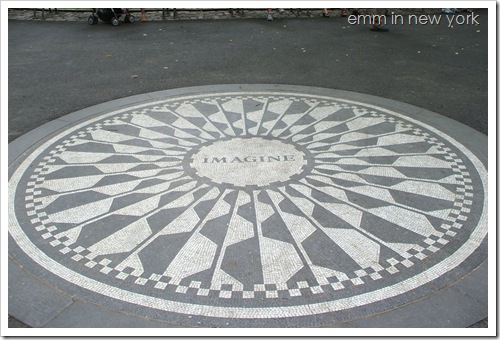 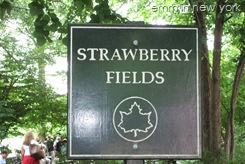 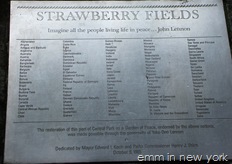 It took me a very, very long time to get the top picture.  There were so many people there and everybody wanted a photograph.  I’m not as shy to take photos with people in as I used to be but it just seemed that this was something you needed on its own.  It is an interesting atmosphere and not at all sombre; there were tour groups, John Lennon lookalike singers and people from all walks of life just milling around and trying to capture the moment. 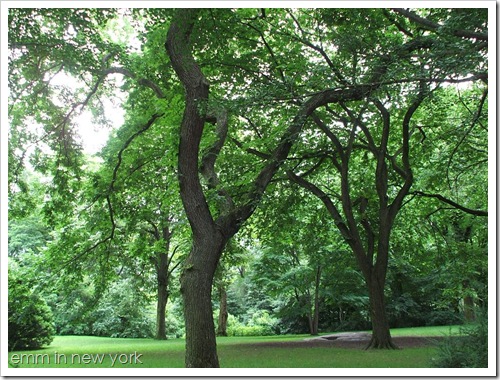 I took a look out into the teardrop-shaped park and wondered if John would have liked to be memorialised here.  The park is pristine and it was easy to lose myself in its beauty and to feel peace for a moment as I was transported away from the bustling memorial behind me.  I think John would have liked it and I felt a great sense of calm and acceptance, happy in the knowledge that this memorial has done him justice.