After visiting the Dakota and the John Lennon memorial at Strawberry Fields, I walked north on Central Park West towards the American Museum of Natural History. 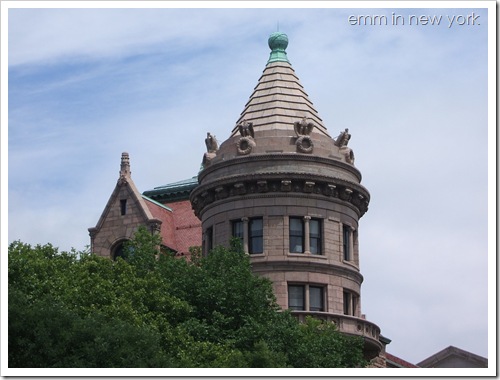 Astor Turret at the Museum of Natural History

It was an absolutely stunning day in New York and a welcome change from the rain that had drenched me the day before. 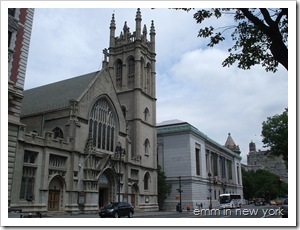 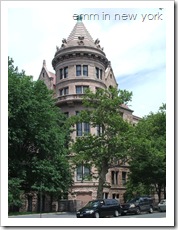 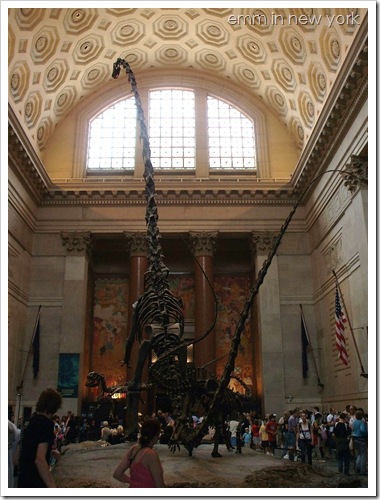 The lobby of the Natural History Museum

I think I might be spoiled by now!  I walked around the skeleton of a gigantic dinosaur and took a perfunctory photograph without really taking in the significance of it all.  This is a creature that roamed the Earth millions of years ago!!!  Next time I visit a Natural History Museum, I shan’t take it for granted!

In my defence, I was rushing off to see the exhibition on the North West Coast Indians. 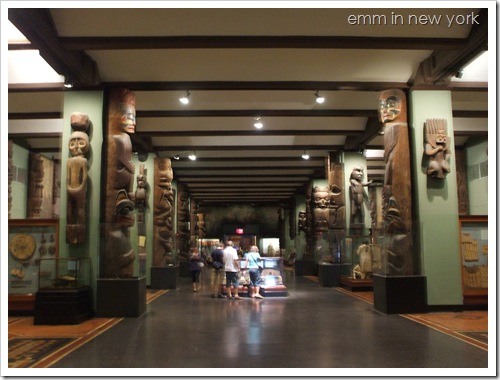 I found this to be a fascinating exhibition.  Coming from South Africa and England, I had never had first hand experience of Native American culture before and it was wonderful to see such a wide variety of differences between the different groups.  I apologise for the shaky photography as the lighting was dim (for preservation purposes) in the hall and I was trying to take shots without a flash.

This is the museum’s oldest hall and contains material from the museum’s first major field exhibition, the Jesup North Pacific Exhibition between 1897 and 1902.  This is considered to be one of the most important anthropological field studies ever made, according to the website. 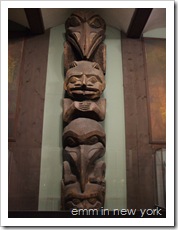 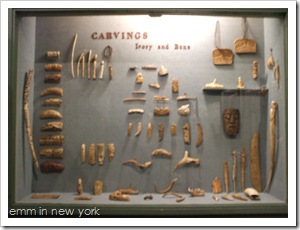 Unfortunately, the exhibition left me with more questions than answers! How did they obtain the goods?  Were they finds or where they taken from people?  How do Native American people feel about ceremonial or spiritual items being on display at the museum?  Are they happy to have a permanent record of their culture or do they want the items back?

Fearing reprisal from ancient Native American ancestral spirits, I made haste to the next exhibit! 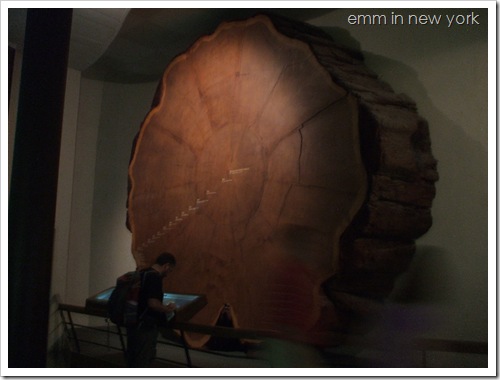 I loved this section! It was really interesting.  This is a section from a giant sequoia tree that began growing in 550AD and was felled in 1891.  Thank goodness it is illegal to cut them down these days!

I really, really love forests and was quite chuffed that half of the last Harry Potter book took place in them!  Couple that with my dream of driving across America on a road trip and it’s easy to see why I liked this exhibition.  I won’t bore you with hundreds of photos of the various exhibits but it was great in that it showed that every part of the country has different forests and terrain. 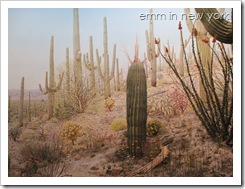 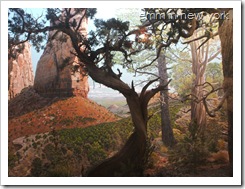 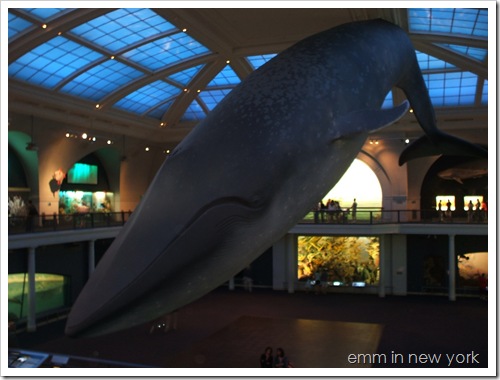 I was late for a very important date and ran past the Hall of Bioversity.  I just had to take this photo though!  Look at that thing!

Wow.  How long is it since you’ve been to a planetarium?  It must be at least fifteen years since I’ve been to one before this and the whole universe has changed!  From worm holes to a new theory on how the moon was formed, the show at the Hayden Planetarium blew me away! 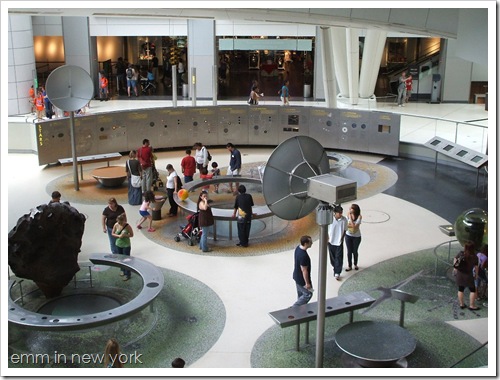 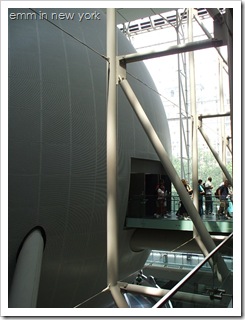 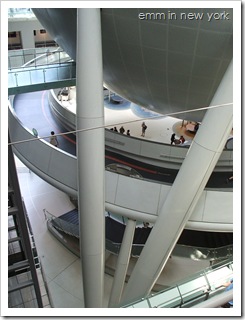 I love planetariums and I love space, stars, the universe – all of it!  I certainly won’t wait another fifteen years before I go to another one!!  After the show, I took a walk down the Heilbrunn Cosmic Pathway which shows you photographs dating back to the dawn of time.  You read right! Because of the distances involved and the time light takes to travel, telescopes have managed to capture images dating back billions of years!  Wow.  I may have looked a bit silly as I walked along the pathway with my mouth hanging open in amazement. (Yes, yes.  It has already been established that I’m a geek!)

That was it for the American Natural History Museum.  I went in using my CityPass and that gave me free entry into the Hayden Planetarium too which was a saving.  I would absolutely recommend visiting and would certainly go back again.  As it is, I saw maybe 25% of the whole place!!