An Eternal Tourist in Washington DC

I’d spent most of the morning travelling to DC and by the time I set off after brunch it was already noon.  I had a lot of touring to do in one afternoon so you’ll have to forgive me if most of what I did see was traditional tourist sites.  Oh, by the way, “travelling” is spelt with two elles in UK English!

If you look at Washington, DC on a map, it looks deceptively small and it looks as if you’ll be able to navigate all of the most important sites on foot with relative ease.  I mean, look! This was taken right in the middle and you can see the Capitol a the other end! 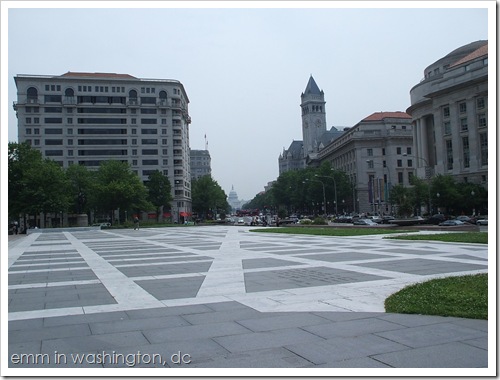 Well, I can confirm that it can be done but that I would never choose to walk it all in one day again nor would I do so in 33°c heat.  My day trip to DC was one of the most amazing, rewarding days of my life but it was also one of the hottest, longest and most tiring! 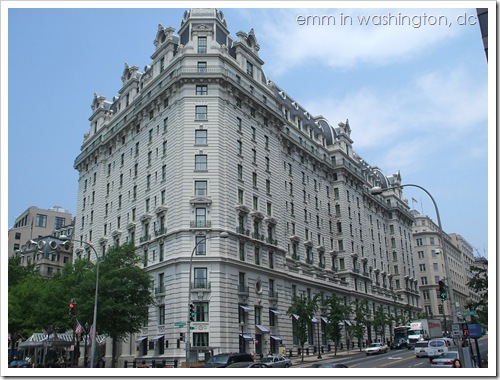 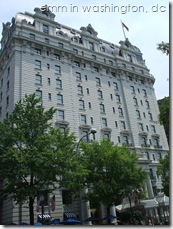 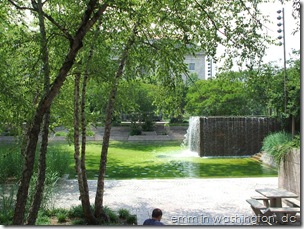 I walked across Western Plaza which was renamed Freedom Plaza in honour of Martin Luther King, Jr.  The Willard InterContinental is where he wrote his famous “I Have A Dream” speech which he delivered on the steps of the Lincoln Memorial.  I can’t begin to describe the feeling I felt in looking at the hotel and thinking, “there walked a man who was taken from us far too early”.  You can read or listen to his “I Have A Dream” speech here.  The beautiful Pershing Park is adjacent to Freedom Plaza and across the road from the Willard InterContinental.

I continued up E Street NW to the White House. 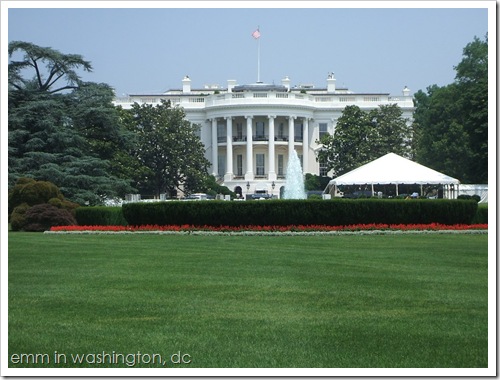 Isn’t it pretty?  I must say, it felt a little bit surreal standing there.  You’re pretty far away and it would almost feel like it were on television if it weren’t for the security agents all over the place! 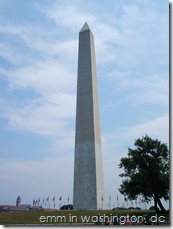 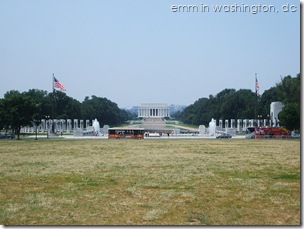 I took several photos of the Washington Monument.  I couldn’t stop!!  In fact, I took so many more photos than I actually landed up keeping because they got repetitive even for me!  The second photo above was taken from the foot of the Washington Monument.  I can’t begin to express how hard it was to walk up there in the searing heat and how hot it was.  Seriously! I am an African who seeks hot and sunny weather but I don’t know if I’ve been that affected by heat before! 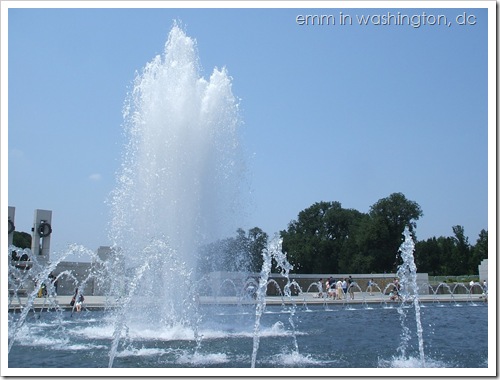 The fountain at the National World War II Memorial

Naturally the fountain at the National World War II Memorial proved too much for me to resist.  We weren’t actually allowed to swim in it but I came pretty close as I sat at the edge and submerged my legs. 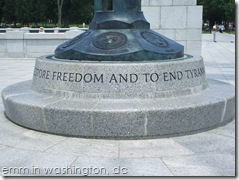 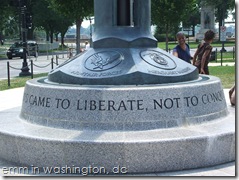 Americans came to liberate, not to conquer; to restore freedom and to end tyranny

I really love war memorials and this has to be the most beautiful, the most well designed memorial I have ever seen.  The southern side of the memorial is dedicated to American forces in the Pacific theater and the northern side is dedicated to those in the Atlantic theater. 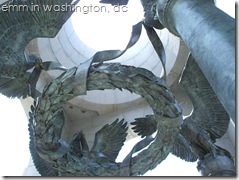 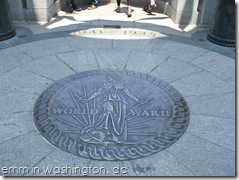 Under the arch on the Pacific side 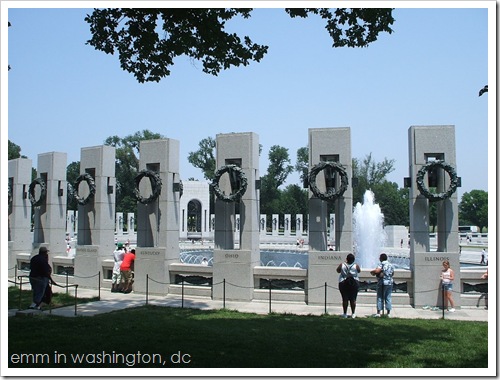 The states involved in Pacific theater

Finally, I managed to tear myself away from the memorial and I made my way towards the Lincoln Memorial. 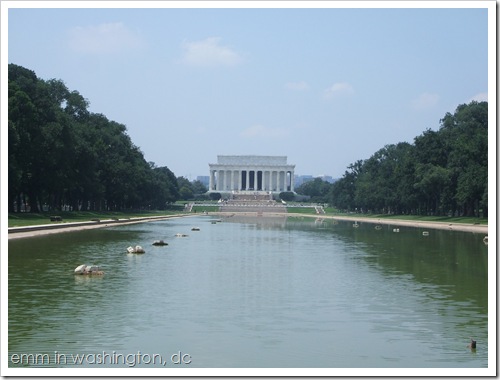 The Lincoln Memorial as seen over the Reflecting Pool

I could sit and stare at my photos of the reflecting pool for hours and hours.  It really was a beautiful place.