Like a phoenix rising up from the flames, it looks like the Quiggins Centre in Liverpool has been revived.  Quiggins was a quirky little shopping centre made up of loads of little alternative, counterculture shops.  Every time I visited Liverpool in the nineties and beyond, my stepmum and I would go along to Quiggins.  Of course, being a Doc-wearing, black-clad coffin kid, Quiggins was the ideal place for me back then and I absolutely loved it. 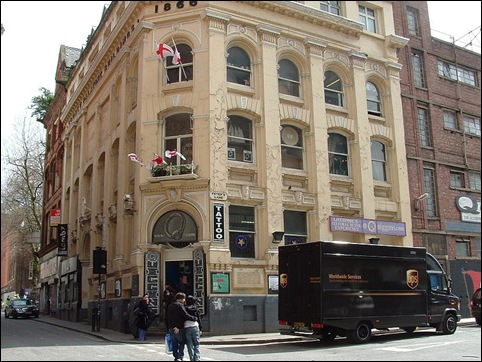 Quiggins was under threat of closure for years and years.  I don’t quite understand the legalities of what happened but I believe that some greedy land developers wanted the land that Quiggins was on and it was eventually closed in July 2006.  We had heard that it had reopened and were looking for it when we visited in December but we weren’t successful.  Imagine our happiness then when we saw the following sight on Thursday morning: 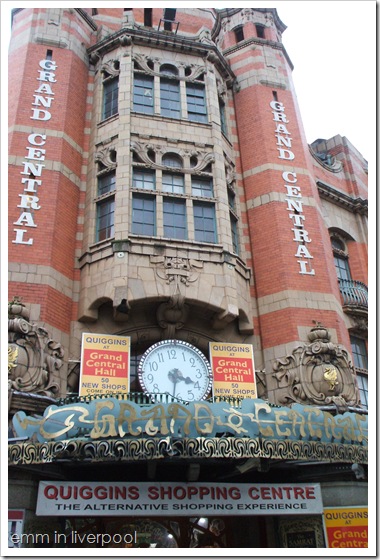 This is not the official Quiggins Centre and Wikipedia says that although it houses many of the old occupants, it is not actually associated with the owners of the original centre.  Take a look inside though; it is full of the magic and wonder that we remembered from the old Quiggins Centre: 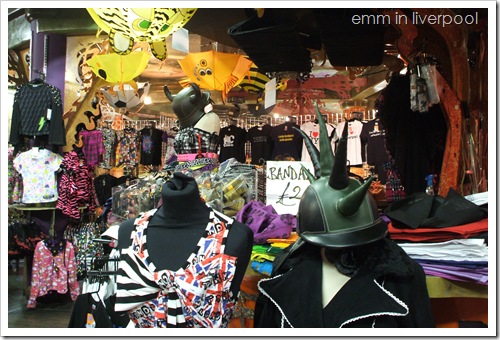 See that t-shirt at the top left?  The black, long-sleeved one?  I would have looooved that back in the day, before Trinny and Susannah told me not to wear clothing with high necklines. 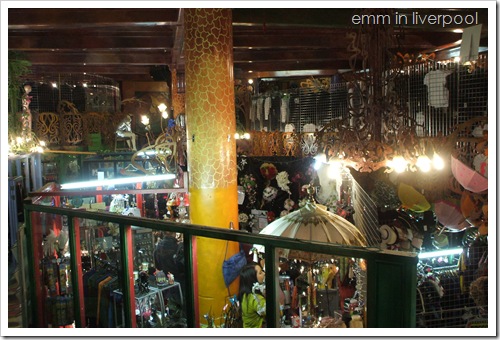 Isn’t it just quaint and kooky? 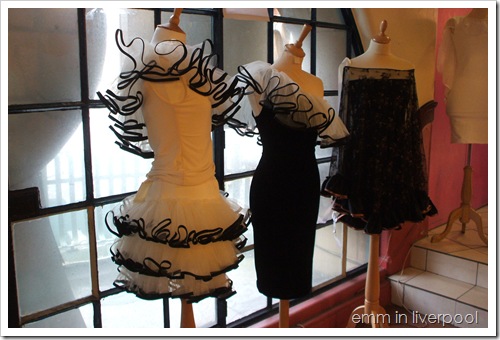 On the first floor, there is a vintage dress shop and a dress designers.  I really like that black mini dress on the right.  What a pity I’m not as teeny weeny as I used to be!

Grand Central Hall used to be a Methodist Church and the main hall was amazing.  They were currently building more shops in the main hall but at one stage, I looked up and was so glad that I did. 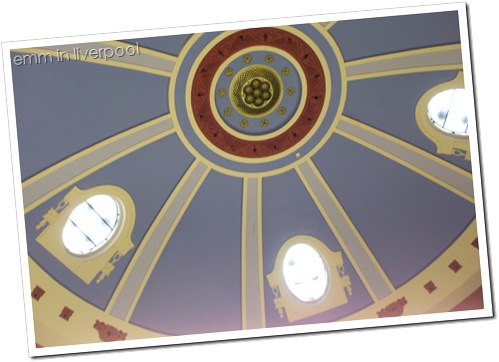 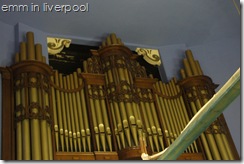 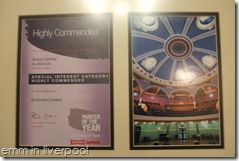 It’s not a great shot but the photo on the bottom right shows what the hall looked like in its former glory.  Having little stalls and shops there definitely changes the look of the building but if they can maintain some of the features like the organ and the ceiling then it will all be worth it.  I’m also hoping that they will refurbish the gallery and allow people to sit upstairs again.

It was good to see the old Quiggins traders again.  I didn’t buy anything on that day but seeing as I usually hate shopping and shopping centres, it was good just to browse and to enjoy it!  (Oh, I know I’m a grumpy so and so but seriously, Amazon was launched with me in mind!)