I can barely believe it is six months today since I left New York and returned home.  I feel a little bit silly that I am still blogging about it but the good (and sad) news is that I am very nearly finished.  I think that after 26 blog entries, it is safe to say that my week spent in the US left an enormous impression on me and it was an incredible voyage of personal discovery.  I’m sorry to say though that we have in fact made a decision not to go back to New York in December 2010 as planned.  I’m afraid the third Northern Hemisphere winter in a row has made me change my mind and we’ve decided to go to South Africa rather for a sun and sand filled Christmas!  On to the Guggenheim… 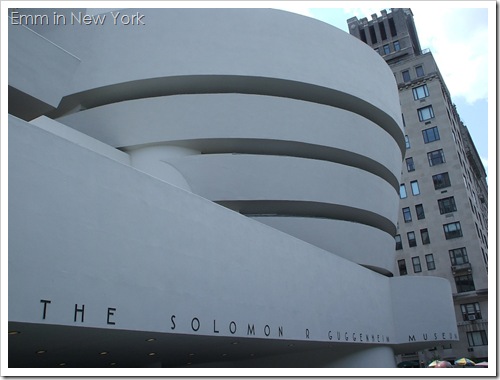 I had reserved the most exciting museum for my last full day in New York.  Not only was I fascinated by the work of architectural wonder that is the Guggenheim Museum, but there was also a Frank Lloyd Wright exhibition to named Frank Lloyd Wright: From Within Outward. 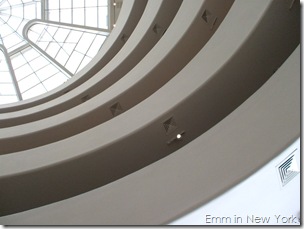 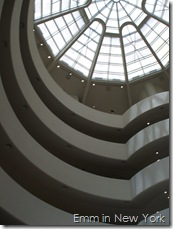 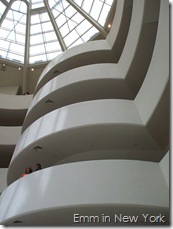 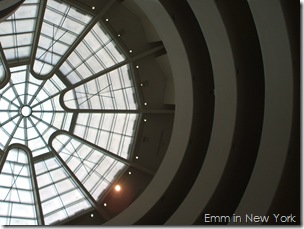 If I had more time in new York, it is entirely possible that I would have sat in the lobby of the Guggenheim all day taking pictures of the interior.  It was fascinating!  Frank Lloyd Wright designed the Guggenheim and he was one of the most visionary, talented designers of all time.  I love how his houses seemed to emerge naturally from the landscape as if they had grown organically. 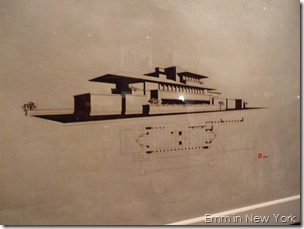 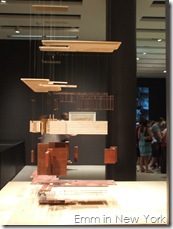 Unfortunately, we weren’t allowed to take photographs in the exhibition but I had forgotten about that and taken these (luckily while no one was looking!) before I remembered my manners!  Here is an example of one of his houses: 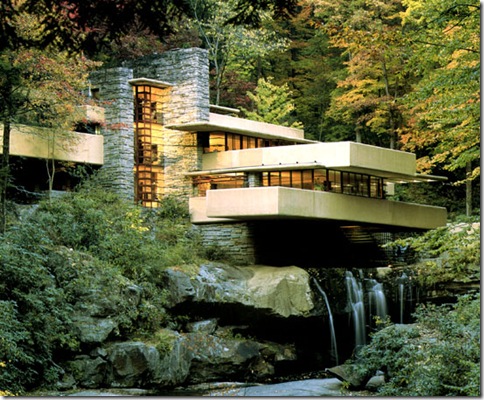