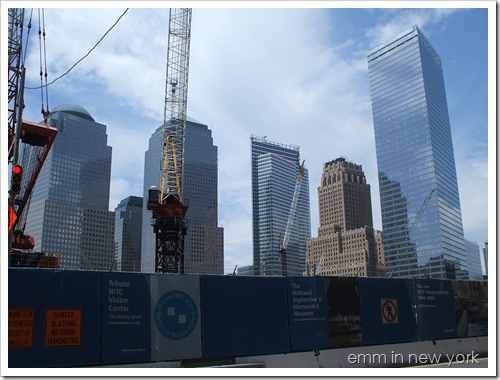 Ground Zero is the site where the once majestic World Trade Centre complex once stood before September 11, 2001.  I believe that this was not solely an American tragedy and that the whole world changed that day.  The site at Ground Zero is quite chaotic though and so visiting it, I was surprisingly devoid of emotion. 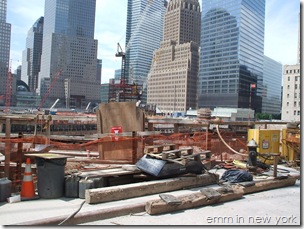 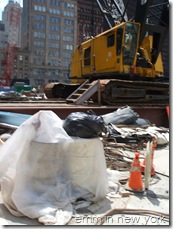 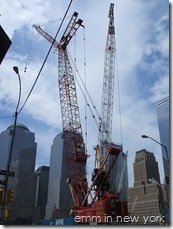 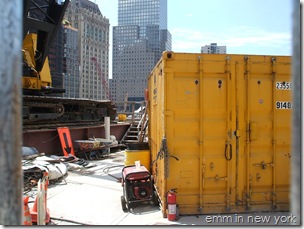 If you ever visit the site, I’d definitely recommend that you visit the Tribute WTC Visitor Center too.  It only costs $10 to get in and it is definitely worth it. 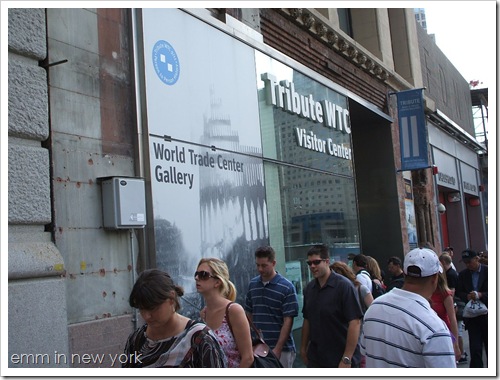 The Tribute WTC Visitor Center is an interactive, multimedia exhibition and it has a huge impact on visitors.  There are two floors and on the first floor you walk through a timeline of the morning’s events.  Most of the people walked through in absolute silence and I am sure many people were on the verge of tears, as was I.  I had previously read 102 Minutes and so I knew quite a bit about what happened and the chronology of events that morning so I found that the exhibition had a huge impact on me. 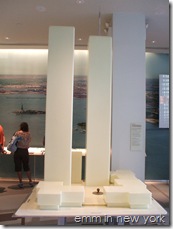 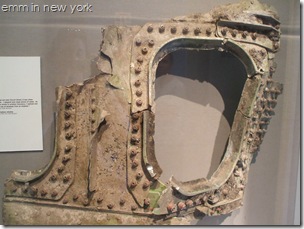 “When we got out onto Church Street, it was sheer pandemonium.  I stepped over large pieces of metal.  As someone who works in aviation insurance, I realized one piece was a row of windows from an airplane” – Neil Getter, Aon Risk Services 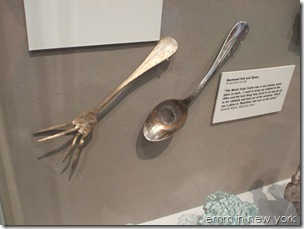 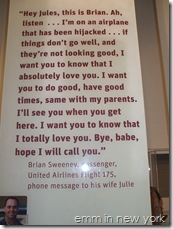 There were audio recordings of those telephone calls and message left by people that were on United Airlines Flight 175 and other 911 calls and emergency dispatches.  It was not easy to listen to. 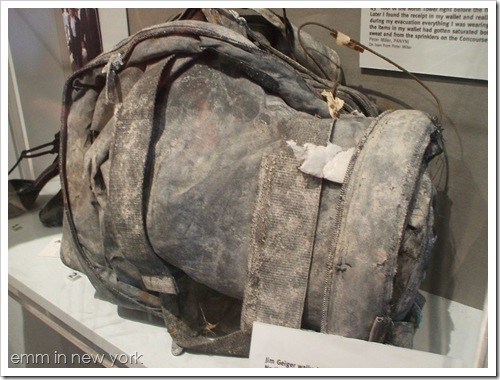 Jim Geiger walked down from the 51st floor of the North Tower with only his Blackberry in his pocket. Months later, the NYPD returned his computer briefcase which was found in the debris 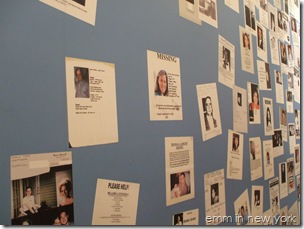 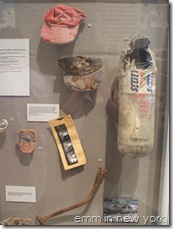 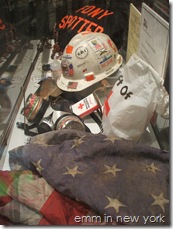 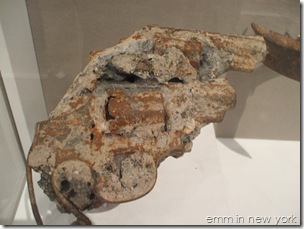 The basement of the Tribute WTC Visitor Center was all dedicated to memoriam and reconciliation. 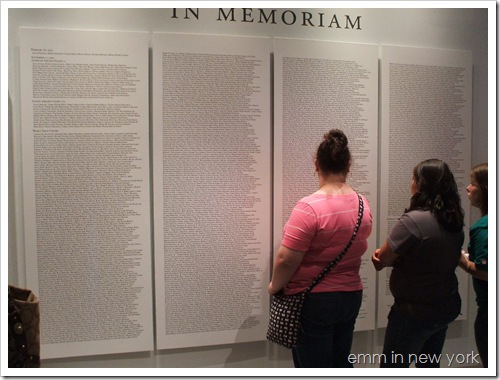 There was a whole set of incredibly inspirational audio excerpts about how people had helped each other after the tragedy and how communities had pulled together in the aftermath. 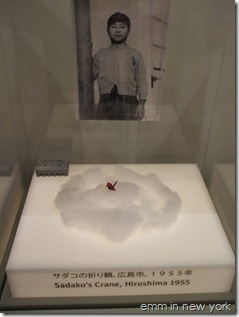 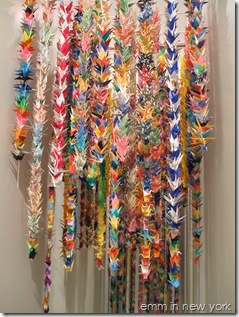 Do you know the story of the Sadako Sasaki and the 1,000 paper cranes?  It is an incredibly inspirational story.  A little girl was dying of leukemia 10 years after having survived the Hiroshima bomb.  Japanese legend has it that anyone who folds a thousand origami cranes would be granted on wish by a crane and so Sadako began to fold paper cranes out of any piece of paper she came across.

"Please treasure the life that is given to you," Sadako said before her death on October 25, 1955. "It is my belief that my small paper crane will enable you to understand other people's feelings, as if they are your own." - CNN

Her brother donated one of her original cranes to the Tribute WTC Visitor Center saying that it is a Japanese symbol of peace but to the family, it is an embodiment of the little girl’s life and is filled with her wish and her hope.

You can read more about it at CNN: From Hiroshima to 9/11, a girl's origami lives on.