I was absolutely convinced that I had posted about the Shard and London Bridge Quarter before but all I can find is one tiny mention in a post from October 2008.  Oh well, here is a really big update then seeing as I haven’t told you anything about it before (and if any of you can find more in my archives, you can be my best friend!)

The Shard and London Bridge Quarter is the development that is currently taking place right outside of London Bridge station.  It is taking forever to go up but when it is completed in 2012, it will be the tallest building in the United Kingdom.  When finished, it will look like a shard of glass.  I know in 5 years time, it will seem impossible that this place was a giant construction site for four whole years so I would you to give you an idea of how it looks now. 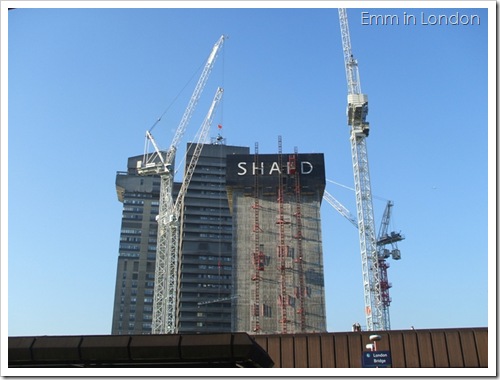 Taken from the platform at London Bridge rail station. Taken from the front entrance of London Bridge station. 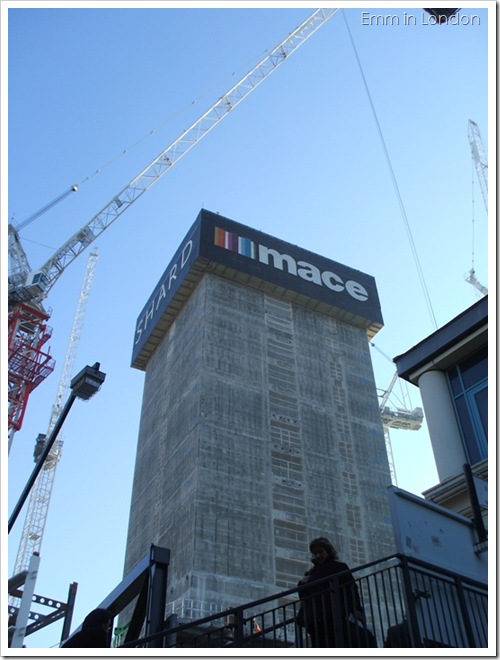 Taken from the stairs by Guys Hospital. 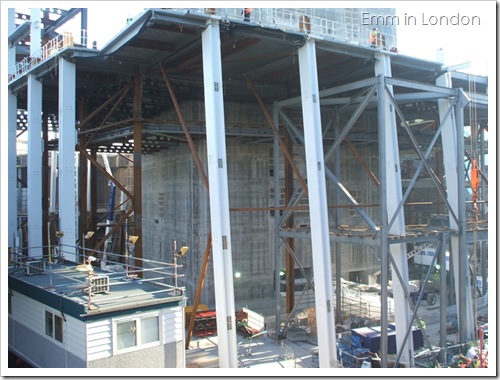 A view of the lower level. 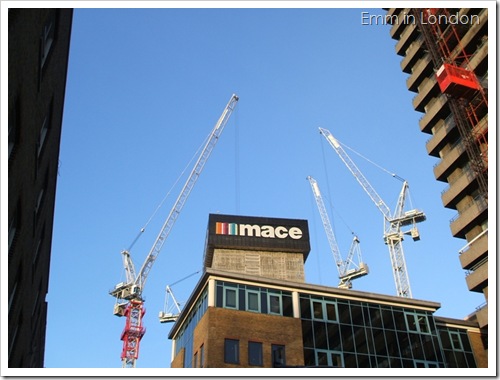 Taken much later that afternoon from inside Guy’s hospital grounds.  This is my favourite photo.

Come back next Tuesday for an update on what the Shard will look like in the future!

Labels: London, The Shard, Where I work