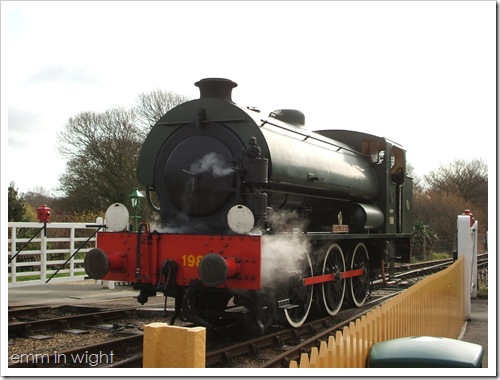 It was our eighth wedding anniversary on Sunday 28 March and we treated ourselves to a first class ride on the Isle of Wight Steam Railway (well, it was only a little bit more expensive than the third class tickets!).

Everything about Havenstreet Station was wonderfully authentic. 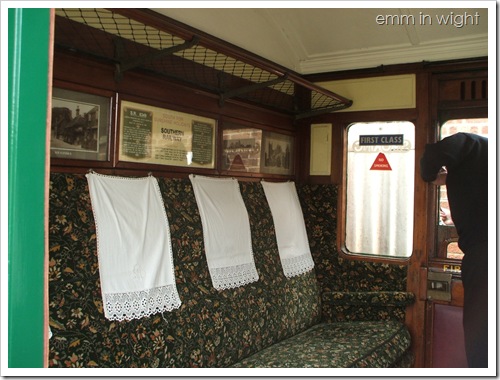 The carriage was marvellous.  We could just imagine the noble folk of the late nineteenth century sitting in the carriage in all their finery.  I visualised a proper lady sitting there with her high necked shirt, little jacket and hat, long skirt and high Victorian boots.  Perhaps their ghosts remain? 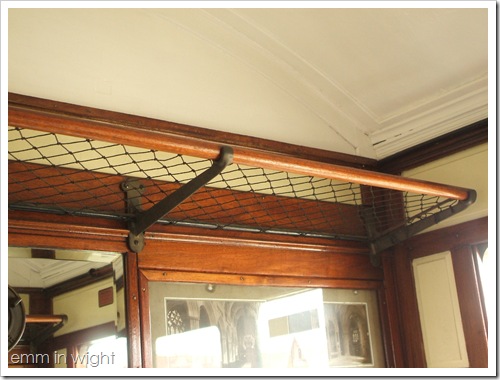 We had the carriage to ourselves for a little while and then an elderly couple joined us with their son.  They began to talk about how as children they used to sleep on the luggage rack up above on long distance trips from Swansea to Glasgow.  They had been upgraded to first class because the man used to work as a steam train driver.  He had some photographs on him and showed them to me, much to the embarrassment of his wife!  Naturally, I was thrilled.  Not as thrilled as he was when the train began to move off – he was moved to tears as the sounds of the steam and the whistle brought back all of the memories for him.  It was so touching. 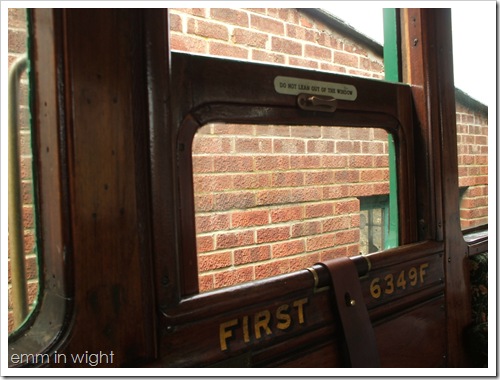 They asked if I was a steam train enthusiast but I said no, I just like old things and that we’d recently been going through my grandfather’s old photographs.  We spoke about The War (the Second World War).  Both the man and women had only recently “got rid of” their uniforms and the thought quite scared me!  They had moved into a smaller place but I could imagine they must have been in pristine condition.  They assured me that they had sold them on to enthusiasts so I was mollified both that they would have made some money from selling them and that they would be kept safe now. 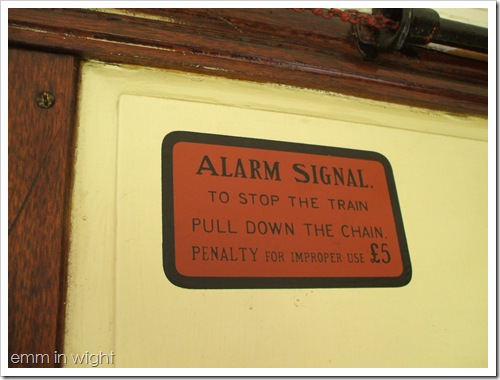 It was a lovely ride and I so enjoyed our company!  As we arrived at the next station, I took a peek out of the window at the tracks.  Stephen and I are trying to figure out – are the tracks wider or narrower today than they used to be in the age of steam engines?  We know that they are different but we couldn’t figure it out. 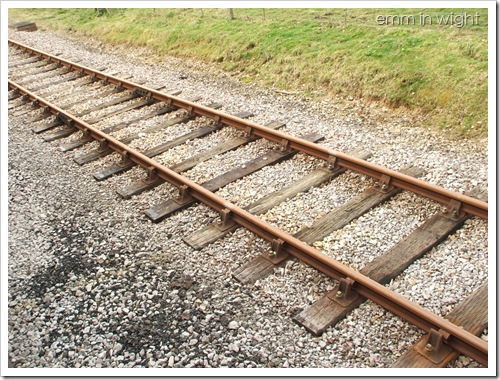 We decided to take a walk around the little town of Wootton as the brochure promised that there were two pubs nearby. Ha! Not quite but that is a tale for another post.