The brochure for the Isle of Wight Steam Train said that Wootton was a nice place to stop off as there were two pubs just a short five minute walk away.  Now I am a ridiculously fast walker so I thought “how far can it really be?”  Ha. Ha ha ha.  Famous last words. 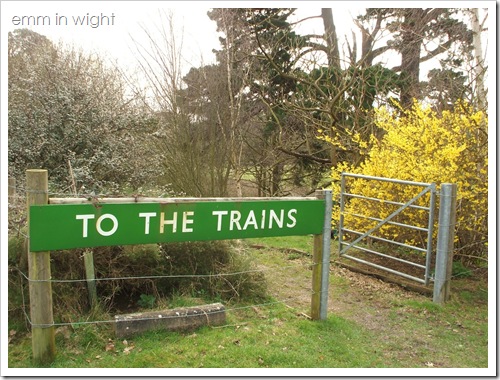 We left the train station and took a last look back to make sure we knew how to get back to the trains. 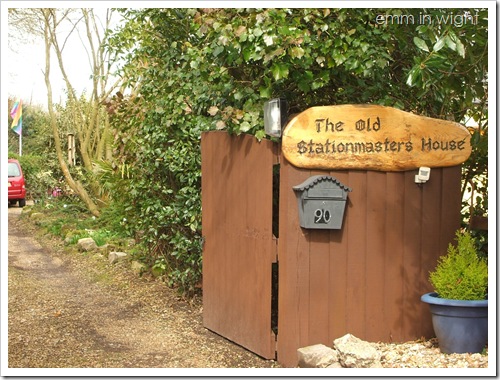 We found the old stationmaster’s house which was rather quaint.  (I just love the flag at the back there!) 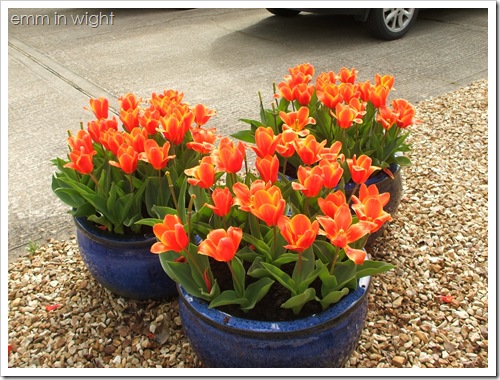 We walked for ten minutes up to the top of the hill and still found time to admire the tulips.  It was late March and spring was so much more advanced than in London! 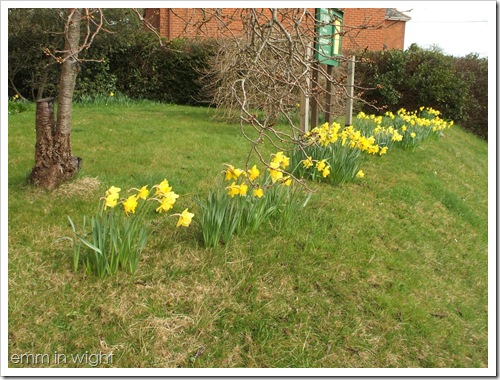 The daffodils were out with a vengeance (and they were only emerging when we got back to London)!

And then… we got to the high street about five minutes later and came upon a closed pub.  It was, admittedly, a Sunday at about noon time but it was also our anniversary and we wanted a treat!  So we took a look on my newly acquired iPhone and it promised that there was another pub five minutes down the road.

A good ten or so minutes later, we finally found an open pub. 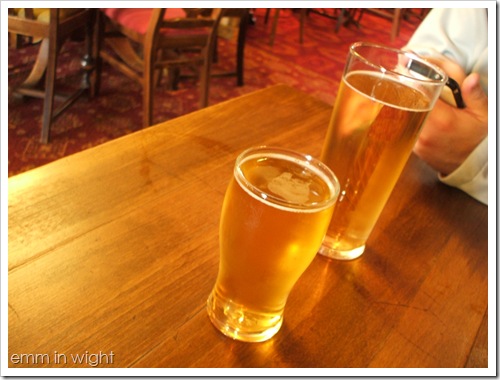 We had a precious five minutes to enjoy our reward before rushing back to catch the next train!

I thought I’d take a photo of the street leading back to the station.  Isle of Wight really looks exactly like the rest of England!  I had been expecting something less inhabited but I was wrong – there are 130,000 residents on this tiny island plus all the tourists! 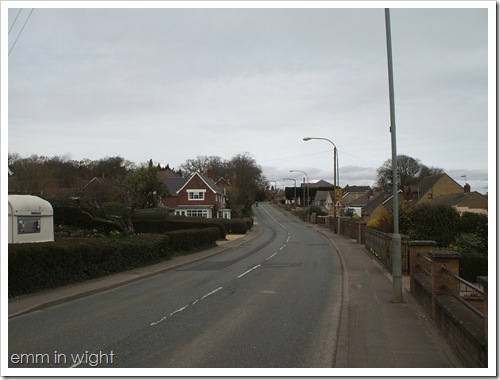 Okay, it is slightly less densely populated than England.

We made it back to the station with five minutes to spare and I picked a good place to catch a good photo of the incoming train.

Of course, we discovered the next day that had we turned left instead of right when we came out of the station, then we would have found a pub a mere two minutes walk away!!