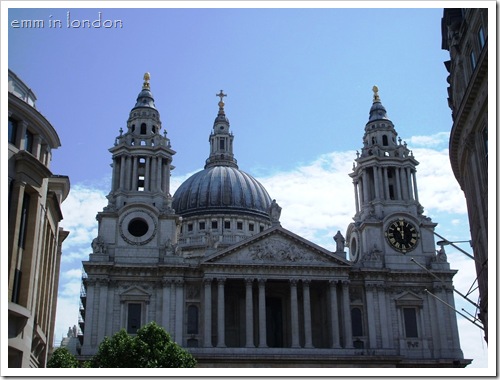 When “Old St Paul’s” was gutted in the Great Fire of London in 1666, the task for designing it was assigned to Sir Christopher Wren.  He was also assigned the job of redesigning a further fifty parish churches that had been destroyed in the fire.  Only twelve of those churches have survived as built with a further nine being rebuilt after the devastation of the Blitz.  A handful more remain but the rest have been demolished or remain as ruins. 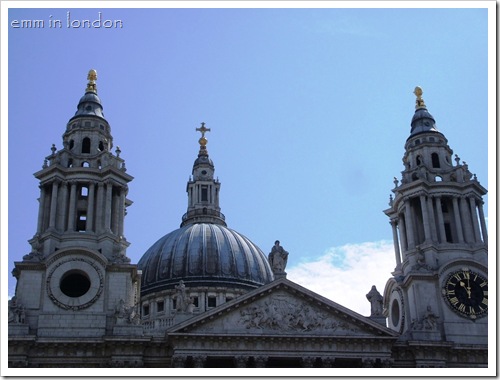 Wren was a real master and I have really come to appreciate his work in the time that I have been in London.  I took some photos of the cathedral and surrounding areas last Sunday during the Race for Life.  I’m really happy with these photos and have finally made the decision to splash out on a new camera.  I don’t think I am quite ready for a DSLR but we shall see. 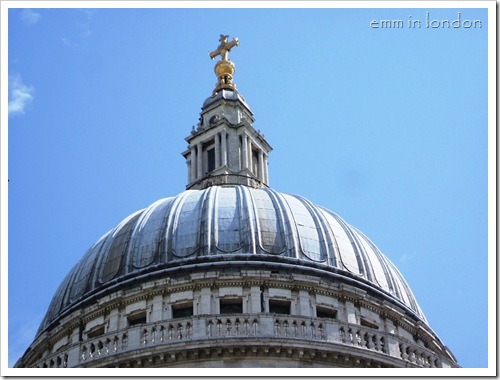 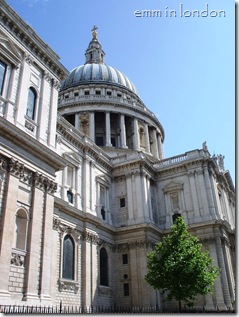 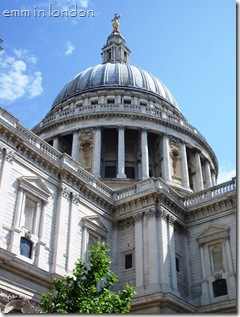 It occurred to me how often I photograph the outside of churches and buildings as opposed to how often I go inside them.  There is a good reason for that in summer as blue skies and sunshine can make the world of difference to photographs and why would you want to be inside on such a gorgeous day? 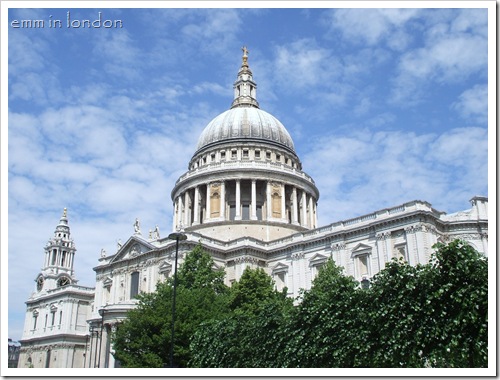 This is my very favourite photograph of the day.  Did you know that there are strict rules in London and that St Paul’s Cathedral is one of several landmarks that cannot be obstructed by new buildings?  See: Finest views in London saved for future eyes. 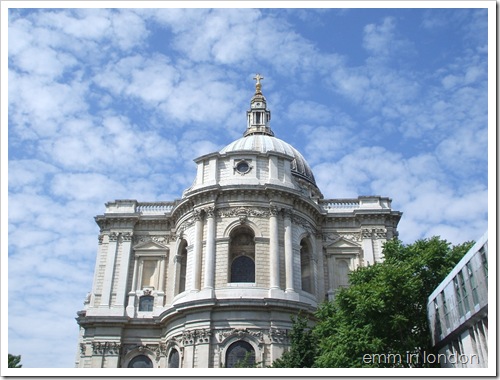 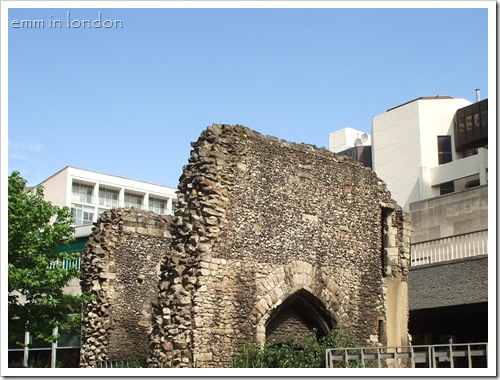 The area in which St Paul’s Cathedral is located is known as The City and it is where the city’s financial services are located.  It is not exactly the modern field of steel and concrete that Canary Wharf is but it is also not a place you’d expect to see some of the oldest structures in Britain. 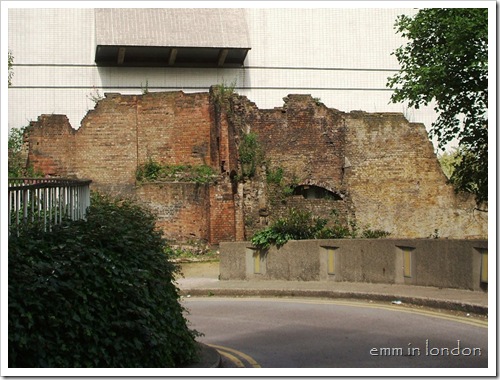 This is part of what remains of the defensive wall that the Romans built around their beloved town of Londinium.  The wall was built between approximately 190 and 225 CE.  Another thing that has grown in the time that I have been in the UK is my fascination with Roman history which I think I first encountered in St Albans and later in Bath. 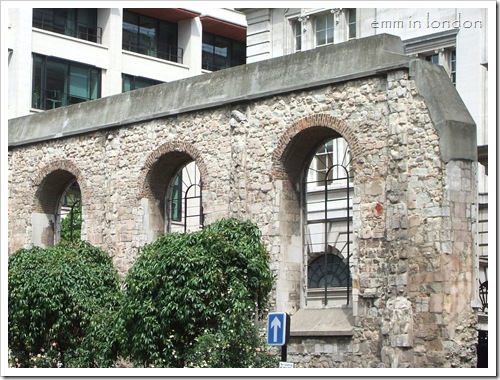 My fascination with bombed out churches also continues.  I didn’t take too many photos of what remains of Christopher Wren’s Christ Church Greyfriars as there was scaffolding up around it.  I like scaffolding when it is up on new buildings, for example The Shard, but I tend to avoid photographing it on renovations.  The church was destroyed during the Blitz on 29 December 1940. 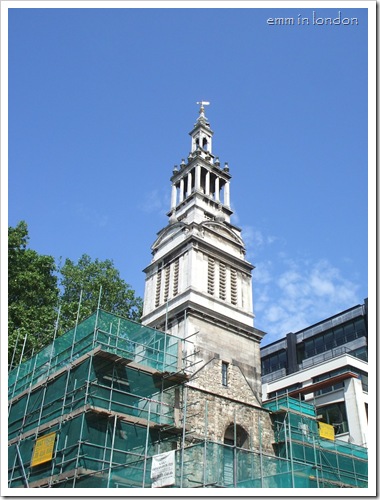 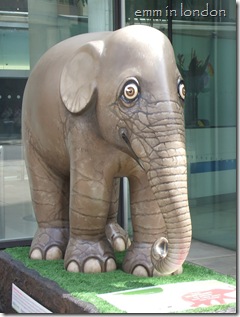 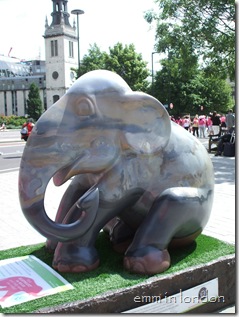 It seems that no post about London is complete these days without at least a mention of the Elephant Parade.  I love these little things and have to exercise great restraint when I see them!  For the purpose of this story, “exercise great restraint” is defined as “dropping everything and rushing over to photograph them”.  That is contrasted against squealing like a little girl and hugging them gleefully which is what I really want to do when I see them. Oh no! I believe the parade comes to an end today!!! It looks like you can still see them at their official viewing days at the Royal Hospital Chelsea on the 25th, 26th and 28th June and then the indoor herd is at Westfield Shopping Centre from 21st to 30th June.  And then they will all be auctioned off to new homes!

I took all of these photos while taking part in the London City Race for Life 2010.  From as little as £2 (about $3), you can sponsor me in the Race for Life to raise money for Cancer Research and you’ll receive one month’s free advertising on Emm in London!. I will feature your 125 x 125 badge in the left side bar on my PR4 blog until 31 July 2010 as well as linking to you in my thank you post. The best part is that the money goes straight to the charity and will not actually go through me.