I’m finally able to continue posting about our adventures in the Isle of Wight in March.  This is the first part of our visit to Carisbrooke Castle.

The day after our exciting adventure on the Isle of Wight Steam Railway, Stephen and I drove on up to Carisbrooke Castle.  Carisbrooke is built atop a hill and the main walls and keep have been a that location since about 1100 CE.  I have a lifelong fascination with castles and ruins and I would rate Carisbrooke the best of all the castles I have seen in terms of ruins and ancient-but-standing structures.  Perhaps I should let my photos do the talking? 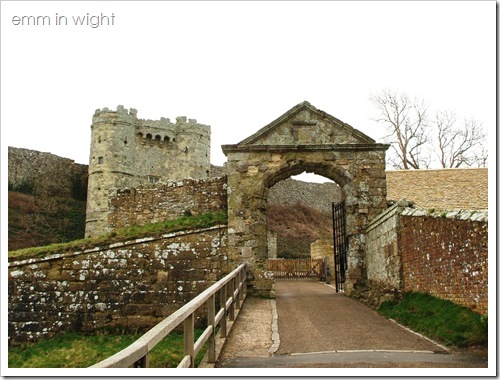 I love how this photo turned out.  It was very exciting walking into the castle and this photo seemed to represent the wonder that lay beyond the gate. 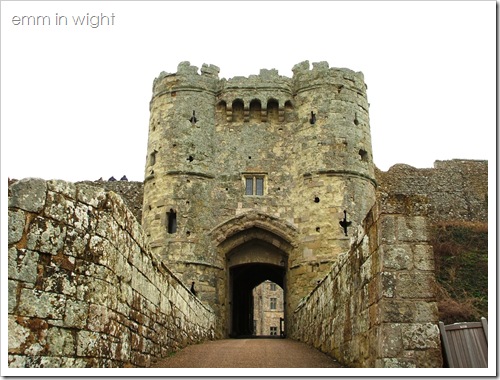 The first known usage of the hilltop dates back to the sixth century AD when the site was used as an Anglo-Saxon cemetery.  It was later used as a defence base against Danish raids and that base was used after the Norman conquest in 1066 as the basis for the first Norman castle on the island.  This was then replaced by the present castle in around 1100 and this gatehouse has been around since that time.  Originally, it was only a tower and the round projecting drum towers were added later. 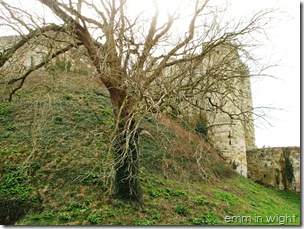 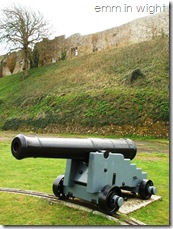 We took a quick walk around the North West bastion before entering the castle through the gatehouse. 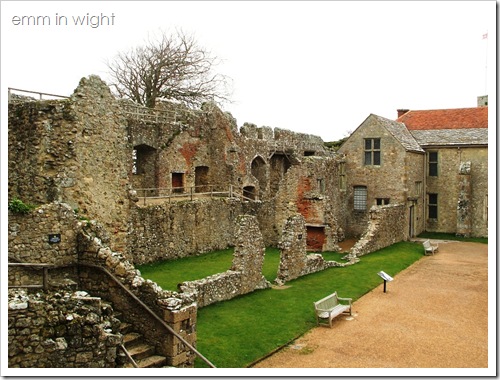 We caught our first glimpse of the ruins of Carey’s Mansion.  Carey was governor of the island and cousin to Elizabeth I.  His mansion was originally two storeys high and was built between 1584 and 1586. 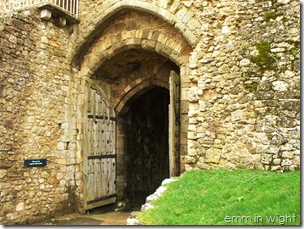 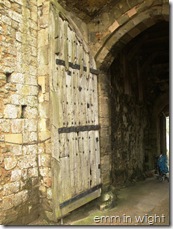 We turned around to look at the inner gates of the gatehouse.  That is the original medieval gate and you can click on the photos to see them in higher resolution. 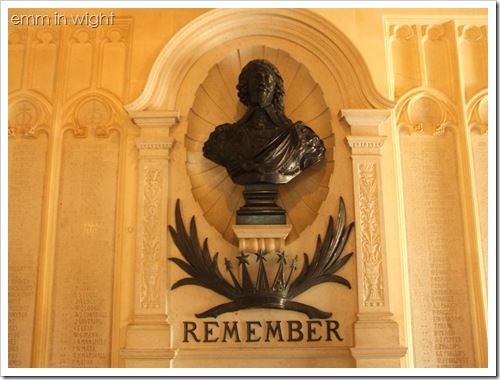 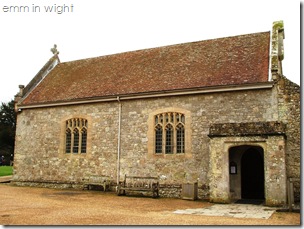 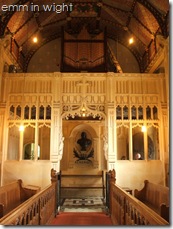 The original Chapel of St Nicholas was on the site long before the rest of the castle was built around it in 1100 but it has been rebuilt several times and was last rebuilt in 1904.  In the photos above, you can see Bernini’s bust of Charles I and main war memorial on the island. 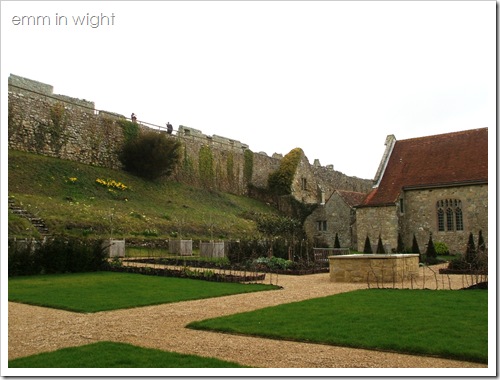 We then visited Princess Beatrice’s gardens which were completely redesigned and replanted in 2009.  The gardens looked quite exquisite and I am sure that they must look absolutely amazing now in summer. That building in the right hand corner is the Great Hall and Constable’s Lodging.  That is where we shall visit next time!