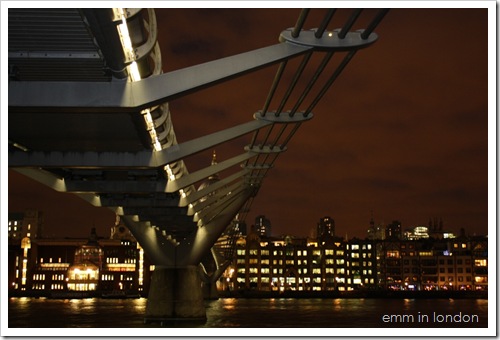 Last night I took a walk around the Bankside area of London. Bankside is one of my favourite parts of London and it stretches all the way from London Bridge to Blackfriars Bridge.  I’ve posted about the area immediately around London Bridge and Borough Market before but this is the first time in ages that I have wondered all the way up to the Tate Modern with a camera. 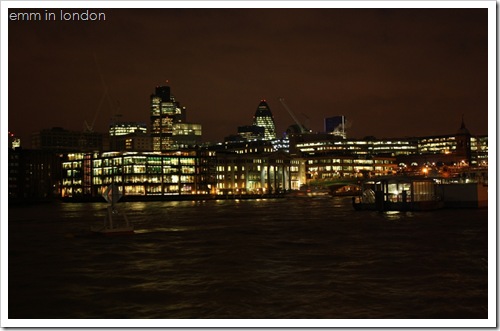 The views from Bankside on the Southern Bank of the river Thames are quite exceptional.  You can see 30 St. Mary Axe (fondly known as ‘The Gherkin’) peeking out in the middle of the photo above.  You can also just make out Southwark Bridge and Cannon Street Railway Bridge at the far right of the photo. 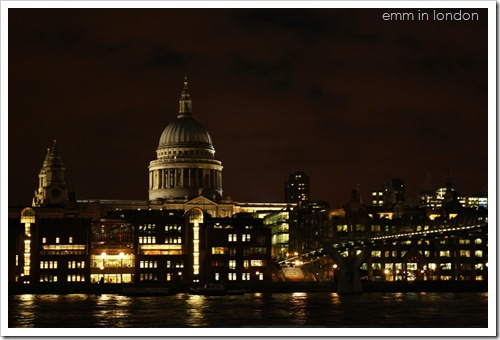 St Paul's Cathedral looks exquisite at night time and you really can’t help but stare at it! 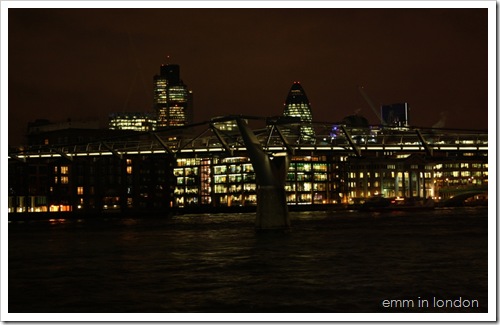 The City of London viewed over the Millennium Bridge

It is probably best that I confess how very, very cold it was outside last night!  These photos were only taken at about 5pm and as you can see, it was already completely dark in London.  The temperature at the time was about 2°c which equates to too-cold-to-be-outside-taking-photos in Fahrenheit. 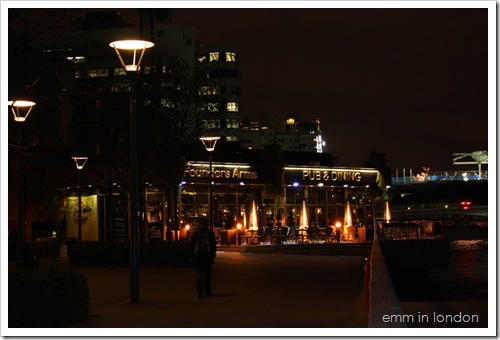 I was wondering around because I was attending the London Travel Bloggers Meetup at the Founders Arms at 6pm and I had an hour to kill!  Behind me was the towering chimney of the old Bankside Power Station, now known as the Tate Modern. 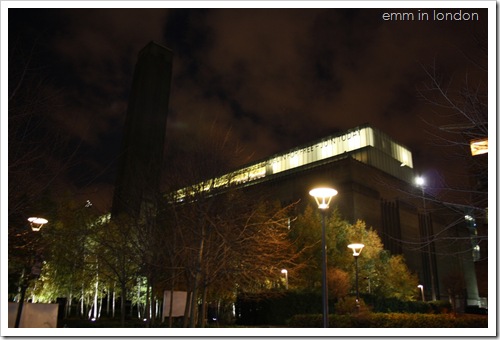 Behind the Tate Modern, there is an exciting new residential development called NEO Bankside.  Of course, not everyone shares my love of modern architecture but I think these are stunning. 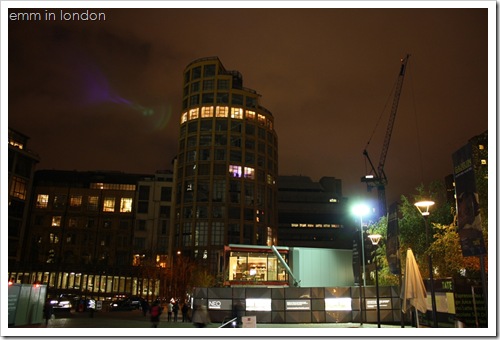 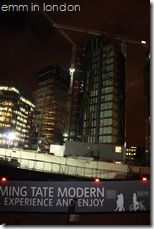 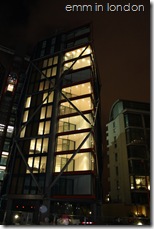 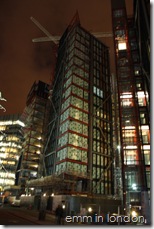 I gratefully made it into the warm interior of the Tate Modern building and not a moment too soon.  I’d lost feeling in my toes! 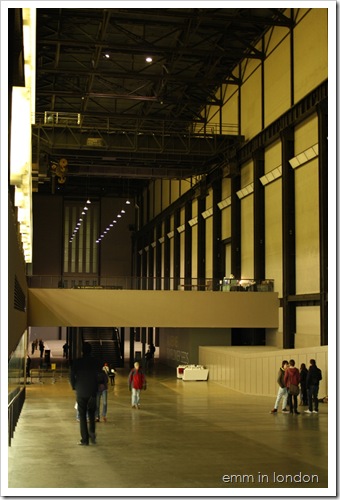 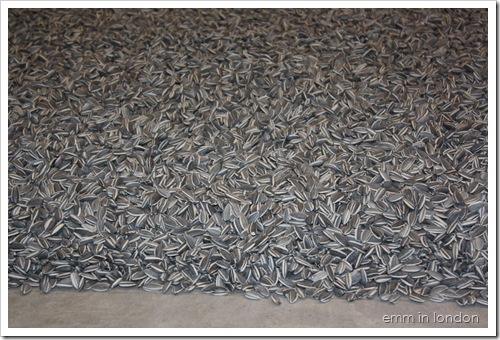 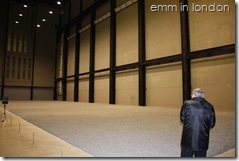 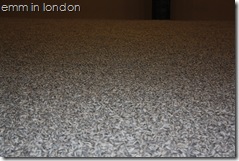 I took a look at The Unilever Series: Ai Weiwei Sunflower Seeds exhibition which is strangely mesmerising.  I was almost overcome with an urge to touch the seeds (because we were told not to) and I was quite taken by the sea of handmade porcelain sunflower seed replicas.

I also saw two other photographic exhibitions in the Tate which I would highly recommend: Bruce Davidson's Subway series as well as the Photographic Typologies exhibition featuring Simryn Gill's Dalam series and Paul Graham’s Television Portraits.