Carisbrooke Castle is my favourite of all of the castles I have visited on the British Isles.  The castle is in an excellent condition and it has the most incredible views when you reach the top of the motte and keep. 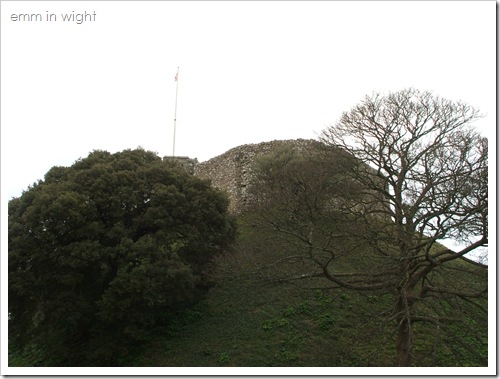 There are 71 stone steps leading up the motte and it was built around 1100.  The steps are really steep and you need to be quite fit to make it up there!!  I love this photo of Stephen as it reminds me of the Visit Kent adverts (you would have to visit London to see the posters of the little children climbing the castle steps). 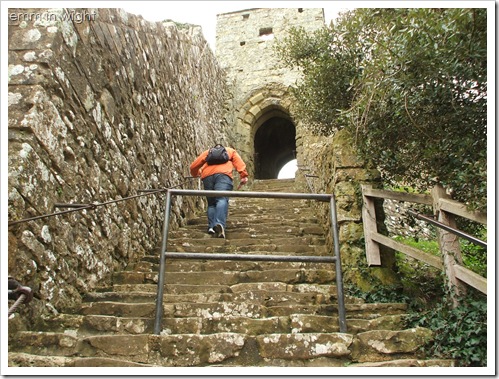 The well in the keep is 48 metres deep and I have to admit, I got pretty dizzy looking into it.  That was nothing compared to the feeling of vertigo I got when taking some of the photos from on top of the wall around the keep. 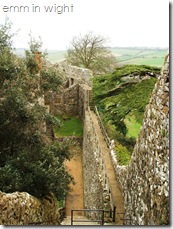 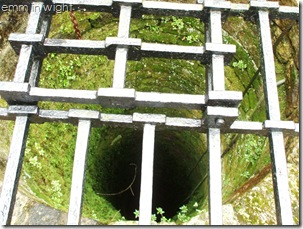 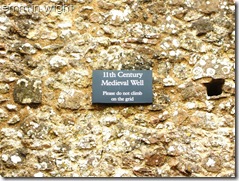 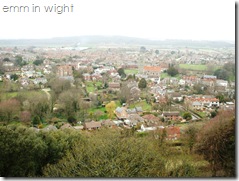 It felt like you could see forever from on top of the keep.  The village below was so picturesque and it looked like I was looking into another time and place. 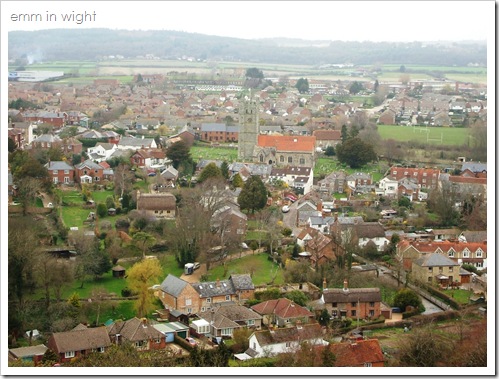 The best views were definitely of the castle itself. 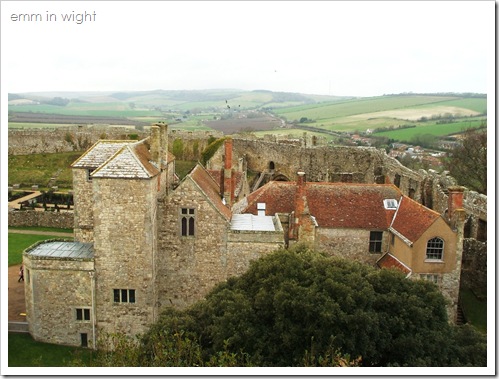 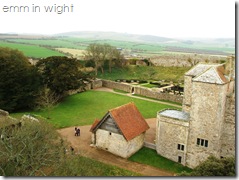 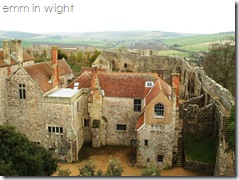 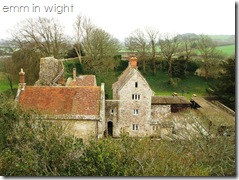 I wasn’t joking about the vertigo though!  I always forget that heights make me slightly queasy until I suddenly look down and felt the earth tilt.  I stumbled down from the top of the keep and Stephen had a good giggle at my expense as I held on to him and tried to get the world to stop spinning. 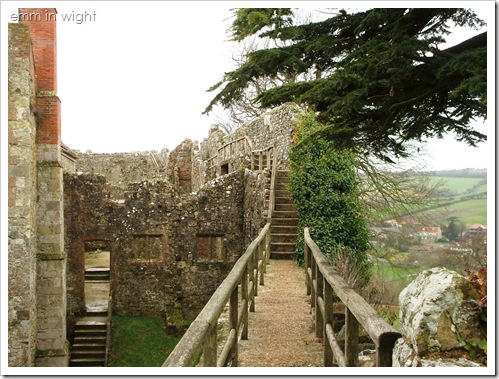 Carisbrooke Castle has the most excellent wall walk that goes right around the whole castle.  It was starting to rain though so we just took a short walk to look around the back of the ruins of Carey’s Mansion. 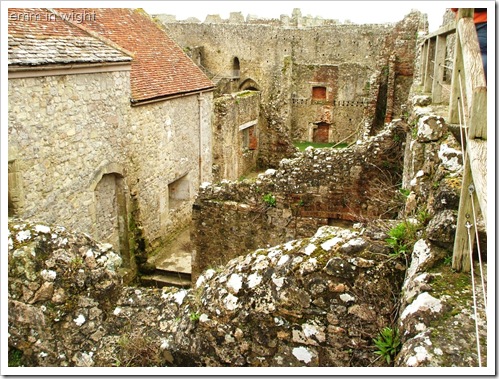 I think these ruins are quite exquisite and have to wonder how they fell into ruin.  The mansion was built in the late 16th century for Carey who was governor of the island and cousin to Elizabeth I. 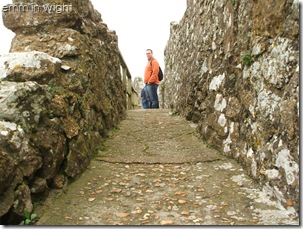 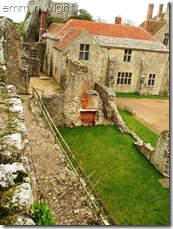 Not long after receiving the Death Stare from Stephen, we decided to go home.  I’m sure the bloggers amongst you have received death stares from significant others before – the look that threatens untold fury and vengeance unless the bloggers puts the camera away!