Isle of Wight: The Seaside Town of Cowes

There is something almost other worldly about visiting seaside towns outside of the summer months but that is just what we did on a rainy afternoon during our trip to the Isle of Wight in March.  We’d been blessed with some gorgeous weather on our arrival in the Isle of Wight and on the day we took a ride on the Isle of Wight steam railway and we certainly hadn’t let the weather dampen our visit to Carisbrooke Castle but that was about to be put to the test! 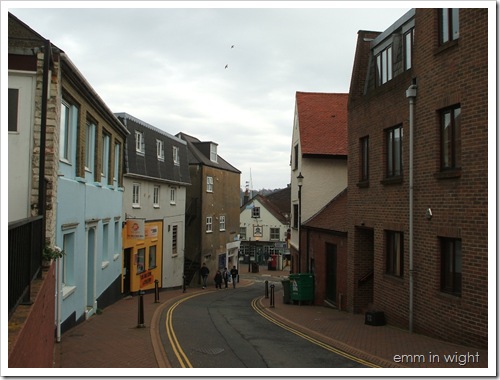 Stephen could not have parked further away if he’d tried and we had quite a walk into the little seaside town of Cowes.  I immediately liked the old-town look of the place that was maintained even thought some of the buildings were quite new. 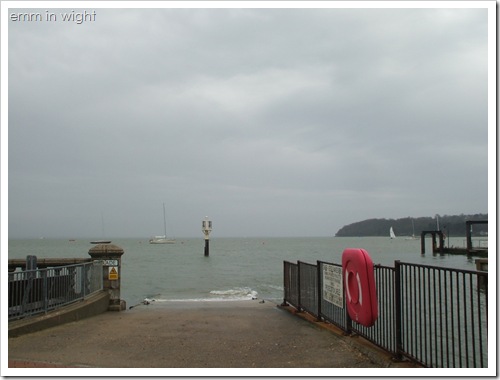 We took a walk along the promenade.  The sea and sky were similar shades of steel grey and it was a really windy and chilly day. 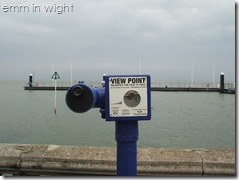 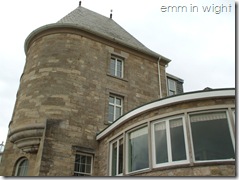 We found a pebble beach which I found quite intriguing.  It looks like quite a struggle between nature and humanity as people have obviously been trying to control the drift!  Stephen thought he’d be romantic and picked up a shell for me.  It was pretty bashed up and scratched but I guess that is what you get with a pebble beach.  I think I might just prefer the sandy beaches in South Africa with their shiny shells! 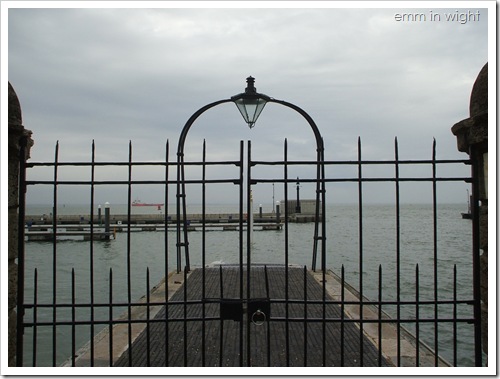 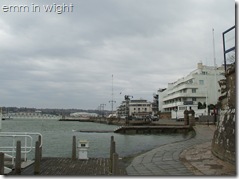 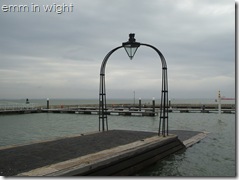 There was a lot of lovely Art Deco architecture and Victorian features and I imagine that Cowes was quite the place to be back in Victorian times or in the interbellum period. 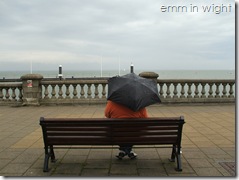 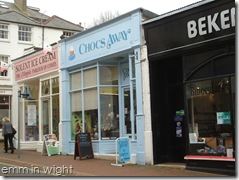 I found this forlorn looking chap sitting on a bench after a visit to a public convenience and we decided it was definitely time for something warm to drink.  We went to Chocs Away for a cup of hot chocolate.  It was literally a cup of melted chocolate and it was absolutely divine.  Yum. 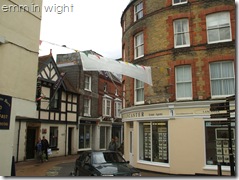 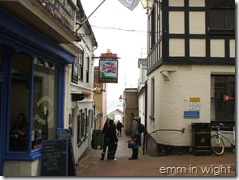 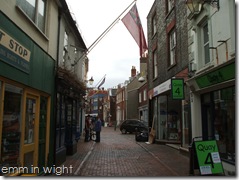 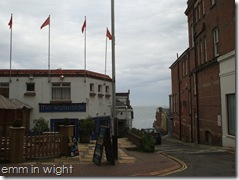 After that, we walked back through Cowes.  It really is a picturesque little town and must be really pretty and vibrant in the summer months.