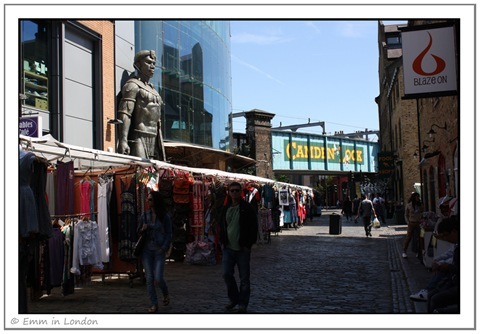 I love London in the summer and I think there are few places more beautiful than England when the sun is shining.   I used to save all of my money so that I could spend holidays in England and I have fond memories of long afternoons spent catching up with friends in places like Soho and Camden. 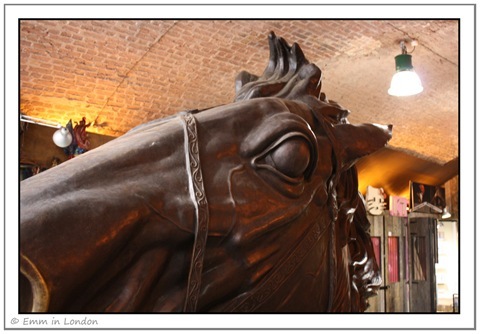 Last week I visited Camden for the first time since I returned to England in 2007.  It is crazy that I hadn’t visited sooner; I spent masses of time in Camden as a child in the 70s and I lived around the corner in the 90s.  I guess I took it for granted but I was also worried about two things: what remained after the fire in 2008 and had it become tacky and dated over time? 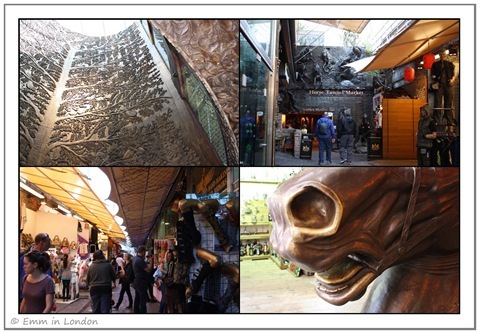 We spent some time browsing around all of the stalls in the Camden Lock Market and the Stables Market.  I was really impressed by the vibrant colours, the creative and imaginative wares, and most of all, the reasonable prices!  I will definitely be making more frequent trips to Camden in future, just not on Sundays when it is so full that the Underground station becomes exit-only. 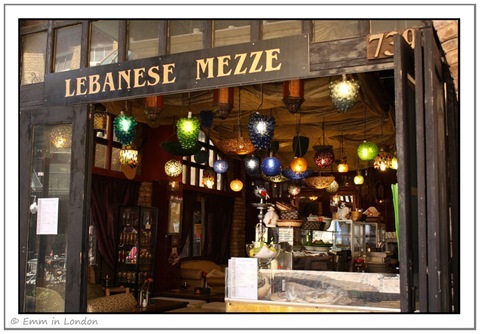 We decided to eat lunch at the Lebanese Mezze restaurant in the Stables Market.  This was a cool, relaxing and comfortable place and they were surprisingly baby friendly!  The staff were warm and inviting too and we didn’t feel rushed at all. 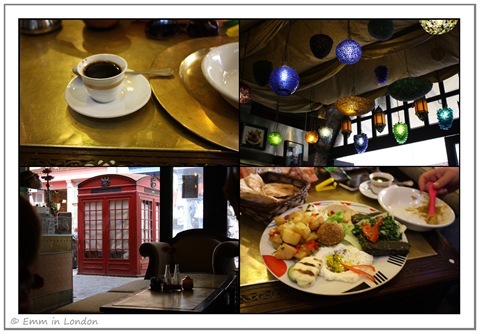 It was inside the Lebanese Mezze that the afternoon became positively magical and endless.  We reclined and chatted for what seemed like ages in this lovely place.  We had some Lebanese cardamom coffee which has a lovely spicy taste.  Of course, being more used to Greek and Turkish fare, you’ll be glad to know I just managed to refrain from crying out “oh, you mean like Turkish coffee!” when the patron was explaining what cardamom coffee was. 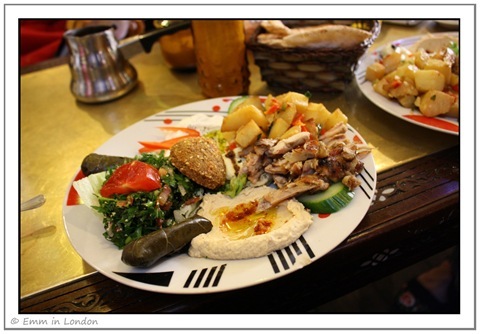 The food was simply divine.  I opted for the mezze platter with meat and Gyda had the vegetarian mezze platter.  The servings were quite generous at £7/£6 and the food was delicious.  My only complaint is that I prefer hand rolled falafel to the pre-formed ones but I have noticed most places in London serve them like that.

I’ve never been a ‘foodie’ as such.  I’m certainly not a connoisseur like some of my bloggy friends (JaPRA and Melizza, I’m looking at you!) but the food on offer at Camden Lock looks so enticing, yummy (we sampled many stalls) and inexpensive.  Perhaps that is why I seemed to enjoy the food aspect of the market so much more here compared to Borough Market?  In any event, I will be going back to Camden at least twice in the near future – once to visit Lebanese Mezze again and once to go to the Mexican restaurant next door! 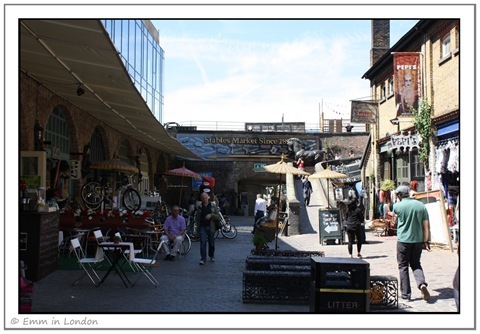 I can remember visiting Camden Lock Market in the late 70s and early 80s at the height of the New Romantic craze.  All I can remember was visiting stall after stall selling either Victorian trinkets and antiques or vintage lace dresses.  Camden has come a long way since then and a long way since being the centre of the Gothic explosion in the late 80s and 90s.  (Did I mention I bought two pairs of Dr. Martens boots in Camden?)  I’m so glad to see it going strong and think that the redevelopment of the Stable Market has been a good thing (even if the massive horse statues freaked me out).

After we ate our lunch, we went for a long stroll down Regent’s Canal.  Those photos will have to wait until next time – I was really lucky to finish my class early (hence the post), but cost accounting homework calls to me now!