When we arrived at Ely Place, we were half way through our Secret London photo walk. We began West of St Paul's and continued past the old Smithfield Market before arriving at Ely Place. 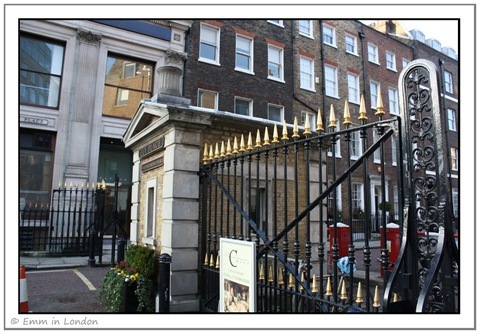 Ely Place is a private road belonging to the Crown and this is why it has a gate and guards. The public are allowed to enter, however, and when you do, you technically step into the county of Cambridgeshire. That is because Ely Place was originally the town house of the Bishops of Ely and Ely is in Cambridgeshire.  That is why we took the photo below of Kathy standing with one foot in Cambridgeshire and one foot in the City of London.  Just in case you are wondering, the counties of Essex and Hertfordshire lie side by side above London and you would need to pass through them to reach Cambridgeshire. 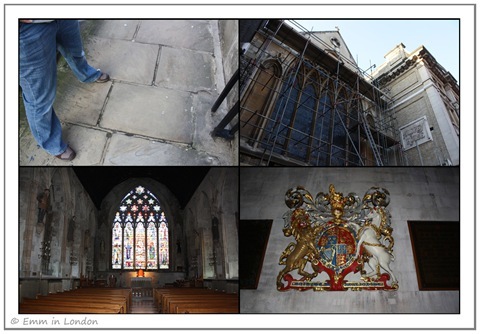 Inside Ely Place lies St Etheldreda’s Church which was the town chapel of the Bishops of Ely from about 1250 to 1570.   According to the St Etheldreda website, it is the oldest Catholic church in England and one of only two remaining buildings in London from the reign of Edward I.

It was getting cold and dark by the time we found Ye Olde Mitre pub which is certainly the most hidden and secret pub in London.  It is just off Ely Place, down Ely Court.  We enjoyed a couple of half-pints of lager and some toasted cheese and tomato sandwiches, which tasted incredible after we’d been exploring London for 3 hours. 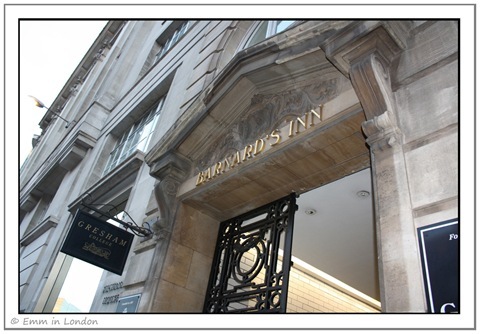 Feeling warmer and refreshed after our trip to the pub, we technically left Cambridgeshire, crossed over Holborn and came to Kathy’s favourite place along the whole walk: Gresham College.  Gresham College is housed in the last remaining building of the 15th-century Barnard’s Inn. 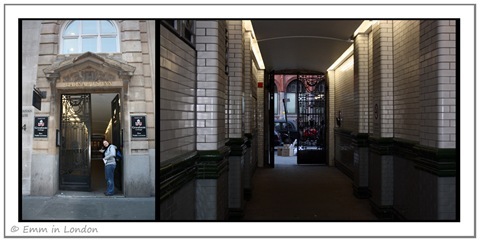 Established in 1597 to teach the illiterate masses, Gresham College is a unique college that offers free lectures to the public. They cover a fascinating range of subjects including history, politics, music and medical science but unfortunately, none were on when we visited.

We crossed through Gresham College and exited into Fetter Lane where we encountered the statue of John Wilkes, ‘A Champion of English Freedom’. 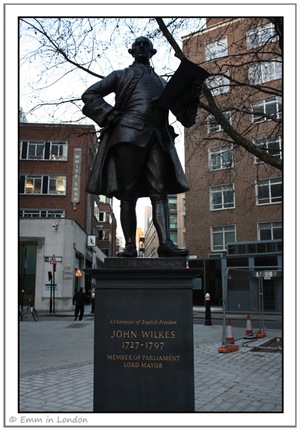 John Wilkes stood up to the government when they had declared him an outlaw and convicted him of libel for pieces that appeared in his satirical newspaper, The North Briton.  He was deprived of a seat in parliament on the basis that he was imprisoned and later campaigned successfully for the right of newspapers to publish verbatim reports of House of Commons debates. 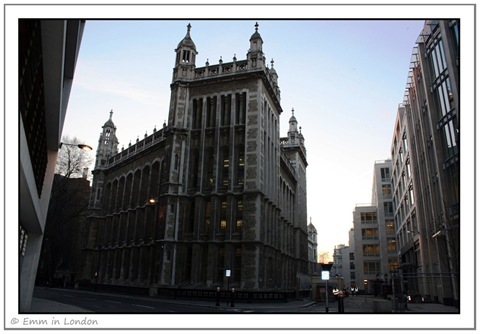 We walked behind the Maughan Library which is the main library of King’s College London.  Built between 1851 and 1858, this neo-Gothic building is the former house of the Public Record Office and is a Grade II Listed Building. 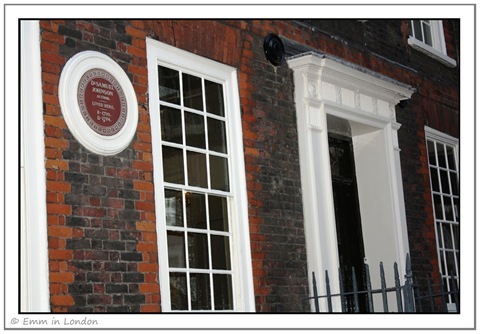 We then made our way into Gough Square where we found the home of Doctor Samuel Johnson.  Dr Johnson is famous for compiling the Dictionary of the English Language in 1755 which was the pre-eminent English Dictionary until the Oxford English Dictionary was published 150 years later.  You can visit Dr Johnson’s House for an entrance fee of just £4.50 but we decided not to visit on this occasion. 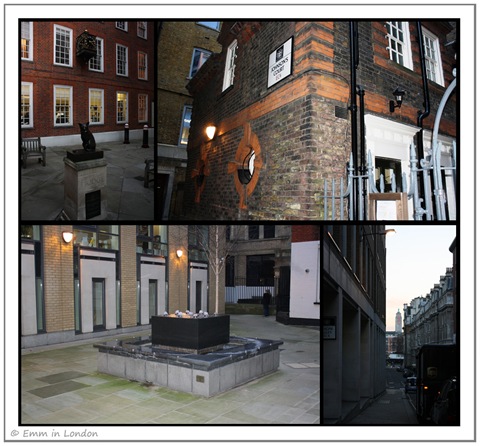 Dr Johnson’s cat, Hodge, is equally famous and you can see his statue in the top, left corner above.  He was immortalised in James Boswell's Life of Johnson and was notable simply for being awesome (as are all cats).  The curator’s house adjoining the Dr Johnson’s house is visible in the top, right corner.  It is said to be the smallest house in the city and it is indeed minute.

In the next instalment of the Secret London Walk, we’ll visit Whitefriars, Blackfriars and finally end up back at St Paul’s Cathedral.