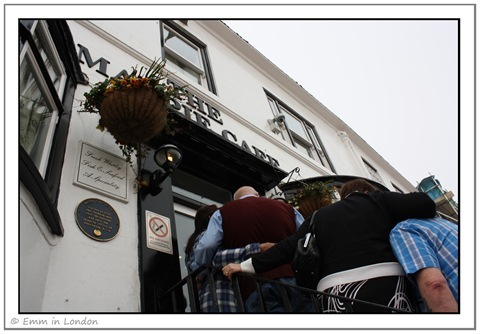 The Magpie Cafe in Whitby

We’ve had a couple of long weekends in England and on Good Friday, we decided to take a day trip from Bolton to Whitby.  Despite leaving at 11am sharp, we spent most of the day sitting in traffic and arrived at the famous Magpie Cafe in Whitby just before 2pm.  Of course, the Magpie Cafe is very famous and we waited in line for quite some time before we made it inside. 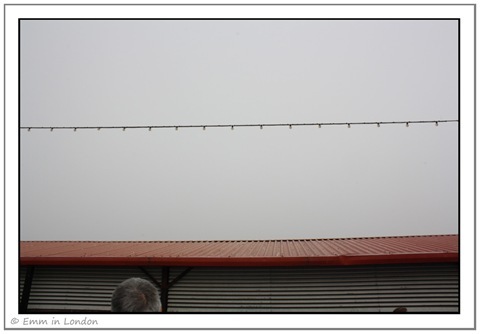 While the rest of the United Kingdom experienced record high temperatures and blue skies on Friday, Whitby experienced the strangest fog.  It is known as a sea fret and is caused by excess moisture in the air.  The sea fret rolls in from the sea and does not burn away like a normal fog.  It is no wonder that Bram Stoker was inspired to write Dracula in this town!

It was frustrating because my friend Nina pointed over the roof and told me that was where I would see the ruins of Whitby Abbey but I could see nothing.  I had no idea how big or small the place would be, whether it was near and imposing, or far off in the distance. 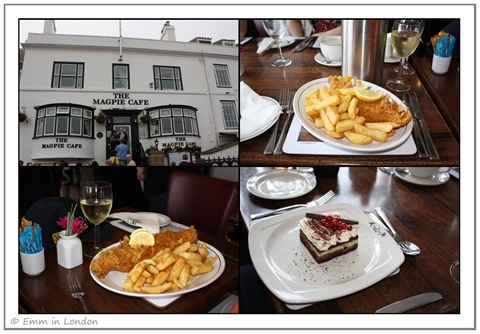 We finally made it inside to the warmth and welcoming atmosphere of The Magpie Cafe.  We started off our meal with one of our favourite starters: scallops.  For mains, Stephen ordered a large haddock and chips, and I tucked into a small cod and chips.  We complimented the meal with a lovely bottle of German semi-sweet wine, Kreuznacher Kronenberg Kerner Kabinett which the waitress recommended.  Thankfully, Stephen wasn’t driving as he had most of the bottle of wine while the rest of the six of us had a couple of drops!

We spoke to the waitress about the sea fret and she said it had been completely clear that morning as she sat on her balcony at her inland home, watching deer and enjoying a cup of tea.  I would love to be able to spot deer from my balcony, what bliss!

The meal was good but Stephen and I agreed that the fish and chips we ate at Abar Bistro in Portsmouth last year was much better. 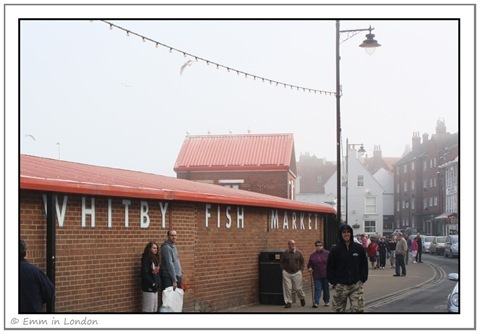 The building housing The Magpie Cafe was built in 1750 as a Merchants House and a cafe has been at the premises since about 1939.  It is across the road from the Whitby Fish Market and they always ensure that they have the freshest possible fish. 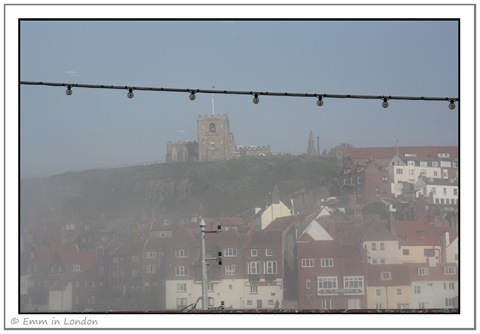 The sea fret began to fade toward the end of our meal and we could finally see the Parish of St Mary Church on the top of the hill. To the right of the church, you can just about make out the ruins of the Whitby Abbey. 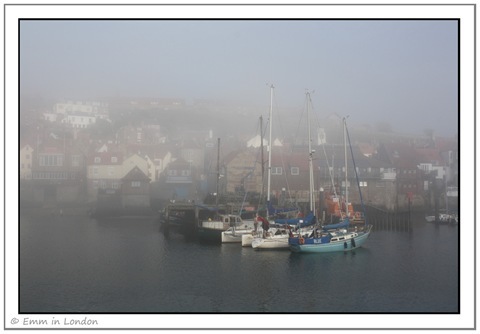 Despite the strange weather, there were some perfect photo opportunities and I really liked the feel of this fishing and seaside town. I imagine that the photo about would make a really good jigsaw puzzle! 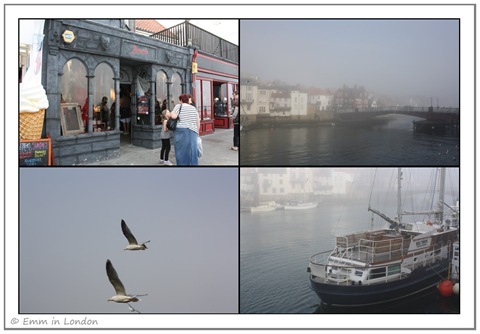 It is no surprise that Whitby is home to the Dracula Experience, as well as the annual Bram Stoker Film Festival and The Whitby Gothic Weekend.  That sort of thing would have been right up my street 15 years ago! 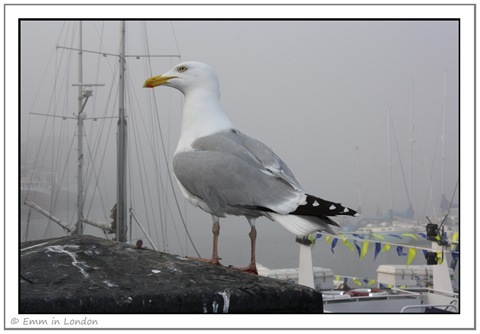 This seagull very kindly posed for me and even let me snap him from various angles.  It is scary how tame these gulls are and they are not shy to swoop down and pluck your fish and chips from under your nose! 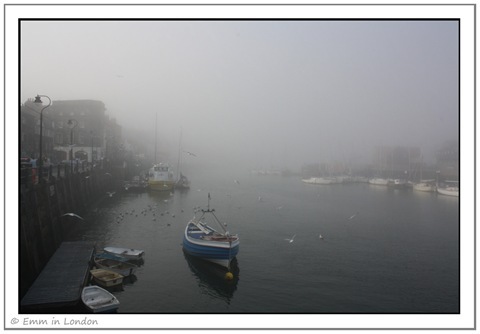 I love this photo.  Having experienced a sea fret first hand, I absolutely understand how it was that Dracula appeared to materialise out of thin air and the overall spirit and atmosphere of the novels. 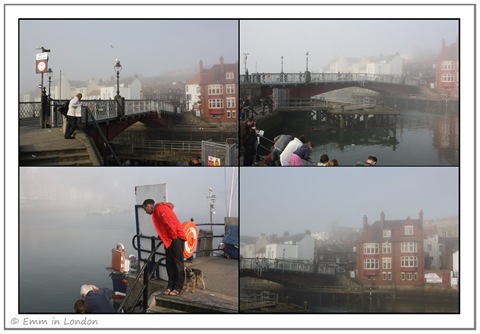 The swing bridge at Whitby has stood for over 100 years and was built in 1908. It replaced the previous swing bridge which only allowed a clearance of 45 feet and did not cater for larger steel ships being built further up river. The current bridge is a twin leaf bridge and allows the maximum possible width to river traffic, increasing the clearance to 100 feet.  Although ship building has declined on the river Esk, it is still important to maintain navigation to and from the upper harbour.

The man above was very interested to see what the people below had caught in their haul.  There were many amateur fishermen along the river that day, mostly children! 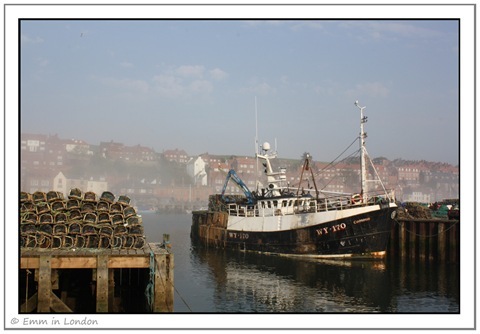 It was so nice to visit a town in England that is not in decline and it was good to see that fishing still appears to be a lucrative train for the local fishermen of Whitby.

These fishing nets and cages were all over the harbour. 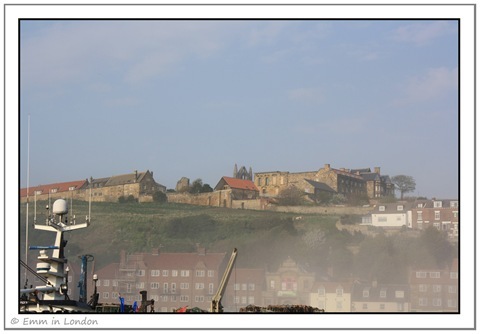 As the sea fret finally began to clear a little more, we could finally see a bit more of Whitby Abbey and we decided to pile into our car and drive up to the abbey.