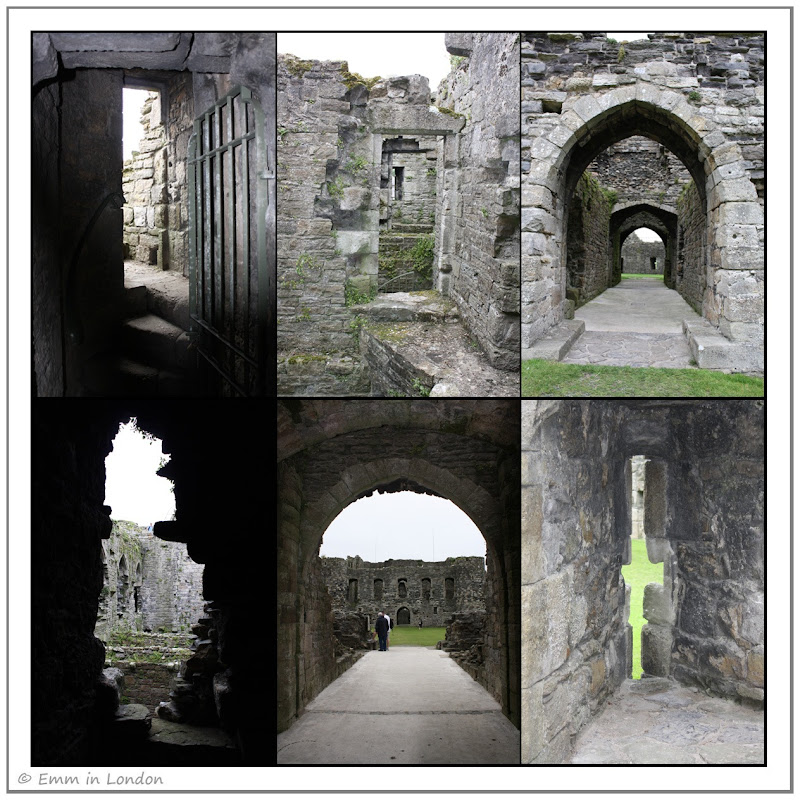 Hels from Art and Architecture, mainly asked some interesting questions about Beaumaris Castle and I promised to get some answers.  She wondered about the cost of the castles, whether they were built to protect against invaders or keep the locals in check, and whether King Edward I lived there.

In his wonderful book, The Medieval Castles of Wales, John Kenyon states that the total cost of the castle was £14,500 with over £6,000 spent in the first six months.  Kenyon calculates that these costs should be multiplied by 440 to get an estimate of the costs in the currency of today and thus, we are looking at a total current cost of £6,380,000.  As Ryan from Scotland Here and Now pointed out, Edward’s extravagances almost bankrupted the Crown.  Apparently large numbers of men were conscripted in from Shropshire and Staffordshire to complete the work.  I wonder if the use of the word “conscripted” implies that they were paid less than their standard wages in exchange for their upkeep?  I suspect so.

Following the Norman conquest of England beginning in 1066, the Anglo-Norman forces had begun a long, protracted subjugation of Wales that lasted for over two centuries.  This culminated with King Edward I and it was his intention to reclaim land that his father Henry III had lost and to quell further Welsh rebellions.  So he was not protecting against foreign invaders or those arriving by sea, and part of his conquest was his intention to introduce widespread English settlement in Wales.

The 1294-1295 uprising of Madog ap Llywelyn, the last native Prince of Wales, was suppressed in 1295 and construction of the castle began shortly thereafter.

I don’t think that King Edward I would ever have lived in the castle, although he might have visited there.  According to Anglesey Today, it was only in 1298 that construction at Beaumaris was completed to the point where it could be defended and by that time, Edward was defeating William Wallace at the Battle of Falkirk.  There were grave concerns regarding the structure in 1306 and Edward died of dysentery in 1307.  By the time construction ceased in 1330, Beaumaris Castle was still not completed.

So there you have it, a couple of questions answered about this magnificent castle.  I am sure you all know by now, but William and Kate, the Duke and Duchess of Cambridge, live on the Isle of Anglesey so be sure to visit the castle when you are out royal-spotting.  The next castle we’ll visit is Caernarfon.