A Moody Morning in Southend-on-Sea 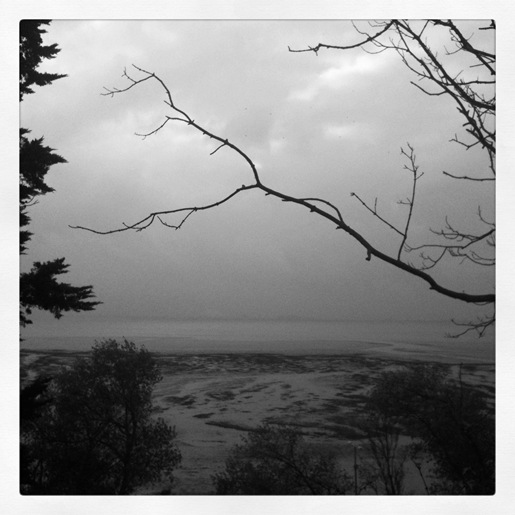 We recently attended a wedding in Rochford, Essex and stayed the night in nearby Southend-on-Sea.  Southend-on-Sea first became a seaside resort in the Georgian era and we couldn’t resist taking a quick look around the parade on the morning of our departure.

I am sure that it is quite pleasant in spring and summer but a combination of cloudy skies and Victorian-era fixtures gave the place a foreboding feel on the morning of our walk.  It was ideal weather for monochrome or silhouette photography! 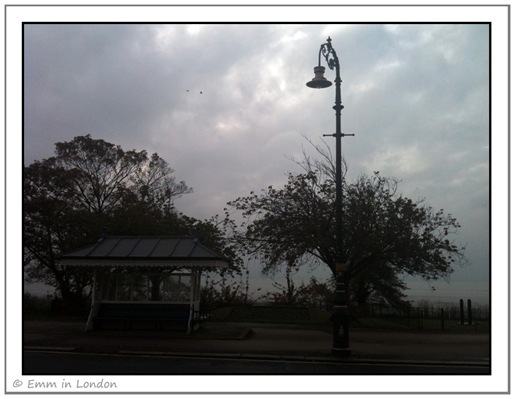 I have to say that the area was remarkably well preserved and you could just imagine fancy families visiting in Victorian times.  The gardens were just impeccable and beautifully sculpted. 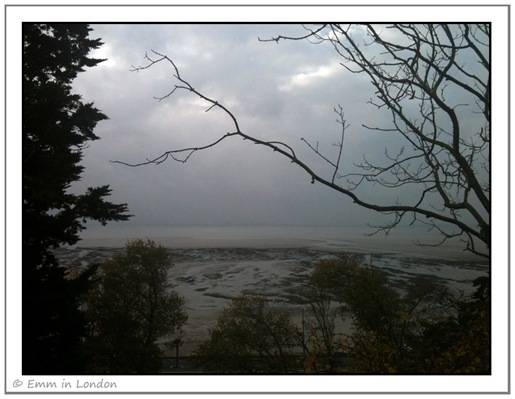 Southend-on-Sea is located in the middle of the Thames Estuary where the River Thames meets the North Sea. According to Wikipedia, “the estuary has the world's second largest tidal movement, where the water can rise by 4 metres moving at a speed of 8 miles per hour”. I think that is fascinating but it reminds me of how precarious it can be living in this area. I once wrote about the Thames Barrier which protects Central London from tidal surges from the North Sea.  Of course, I live east of the Thames Barrier and wouldn’t be protected at all! 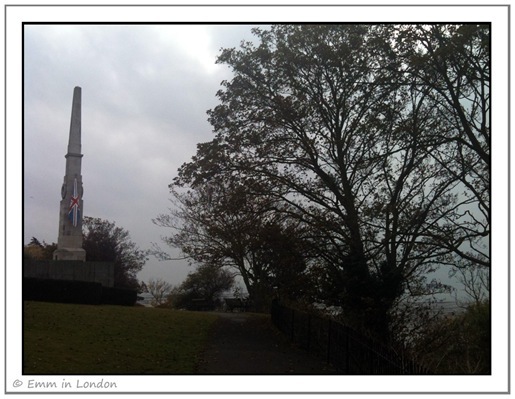 The Southend-on-Sea County Borough War Memorial commemorates the dead of both world wars.  It looks out on to the Thames from Clifftown Parade.  I’m really quite sad that I decided to walk on the right-hand-side of the memorial, because had we walked on the left, we would have seen the lawn in front of the memorial.  The lawn is inlaid with cement lettering that reads “Lest We Forget” and is visible from the sky.  (You can see it on this satellite view in Google Maps). 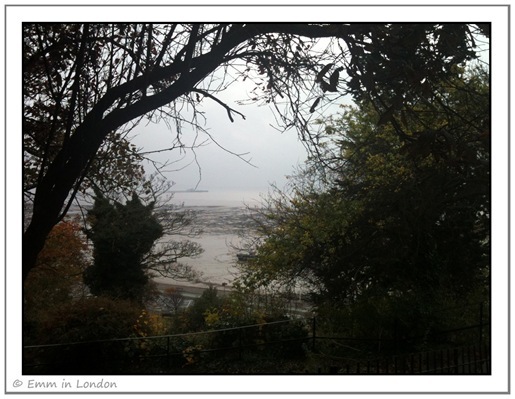 The reason we had taken the right path, of course, was to gain a glimpse of the famous Southend-on-Sea Pier.  (You can just see it in the distance in the photo above). This is the world’s longest pleasure pier and stretches out over a mile into the sea.  It was built in 1830 and is so long that a diesel-hydraulic railway runs the length of the pier.  Unfortunately, the pier is prone to disaster: a boat ran through it in 1984 and fires almost destroyed it in 1995 and 2005.  Each time the pier and surrounding areas has been restored, adding to the continuing grace and elegance of the area.

Sadly enough, that sense of pride doesn’t appear to extend to the hotels across the road.  The hotel that we stayed in was dingy and overpriced with unnecessary steps taken to cut costs.  I couldn’t help compare this to our experience in the Isle of Wight, another favourite Victorian seaside destination, where no cost seemed to have been spared in catering to guests’ needs.

And now I realise that I only seem to visit beaches in cloudy weather lately!  I definitely need a scorching hot beach holiday soon.