At the end of 2010, I began to feel that something was missing from my life in London and, by extension, from Emm in London.  I felt that although I still lived and worked in London, life was getting in the way and this wonderful city was passing me by.  My resolution for 2011 was to do at least one London-based activity a month and I have to say, it was a resounding success.  In 2011, I fell in love with London all over again and I can begin 2012 knowing that I will continue to explore, research and marvel over this wonderful, quirky, historic city.

I began the year by taking a secret London walk with my friend Kathy.  Using Andrew Duncan’s Secret London: Exploring the Hidden City, with Original Walks and Unusual Places to Visit as a guide, we walked from the area west of St Paul's, past Smithfield Market, through Ely Place and into Holborn. 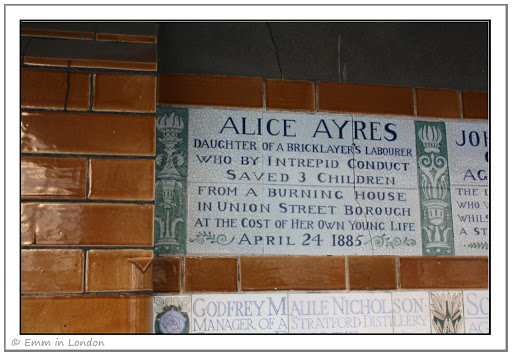 We had a really good time exploring and this walk has inspired me to do at least two further walks this year. 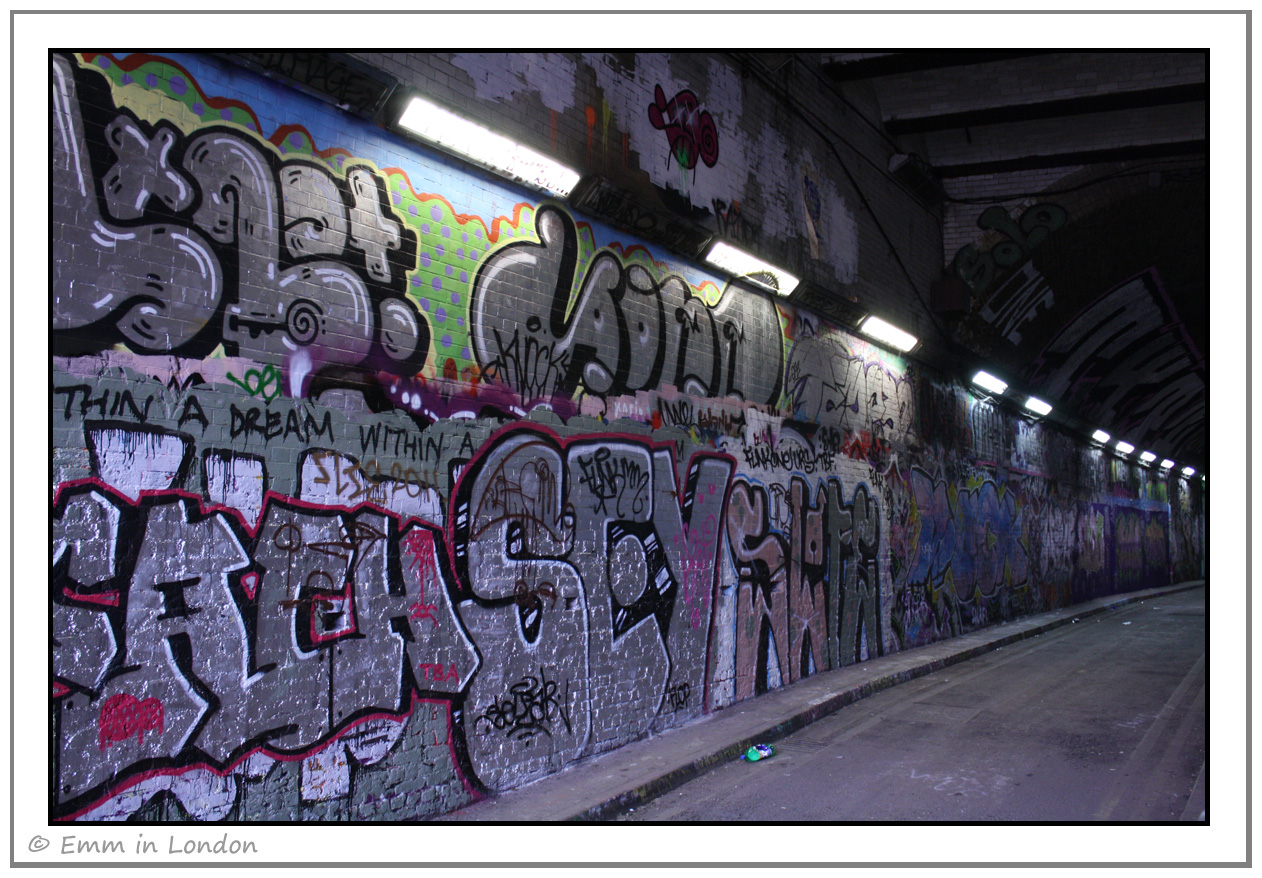 In February, I went on a Focus on: Graffiti photo walk with Melizza from Sifting Through... Expat Edition.  We had a lot of fun while learning how to use our cameras too.  The photo walk was organised through The Photo School and my resolution this year is to attend at least 5 of their classes or events.

In 2011, I officially became a music snob and learned that the only way to watch live music is to attend a concert at the Royal Albert Hall. 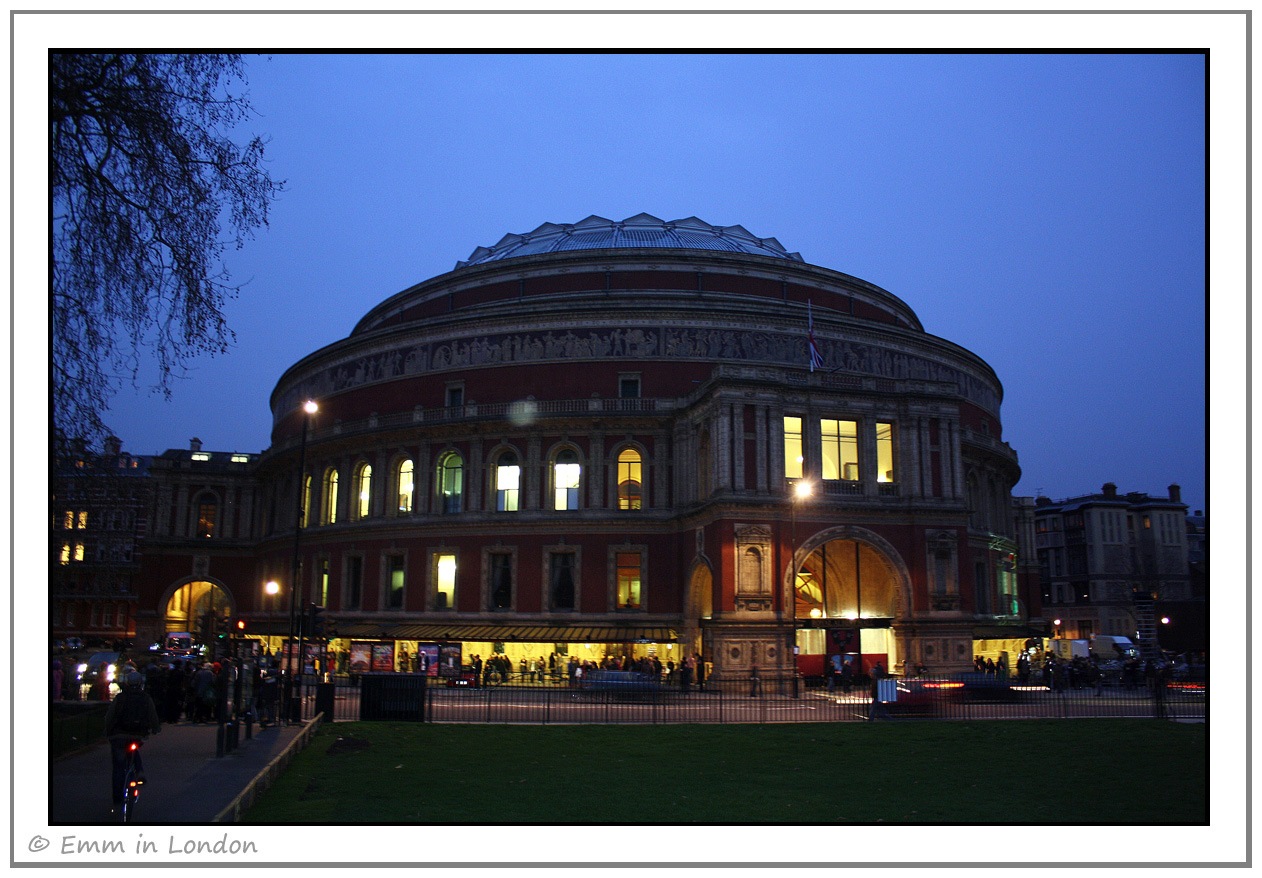 We went to see Editors at the Royal Albert Hall in March and it was incredible.  We also went to see PJ Harvey in October and it was equally amazing.  I narrowly missed out on seeing one of my favourite bands of all time, The Cure, at the venue in November but only because I was in no way prepared to pay £150 (each) to see them.  I regret this decision but am happy to say I used the money to buy plane tickets to Munich in March 2012.

Afternoon Tea at the Chesterfield Mayfair

In April, I joined my colleagues for afternoon tea at the Chesterfield in Mayfair and finally understood what the fuss was all about. I loved my afternoon tea experience and certainly want to try out other locations across London this year. 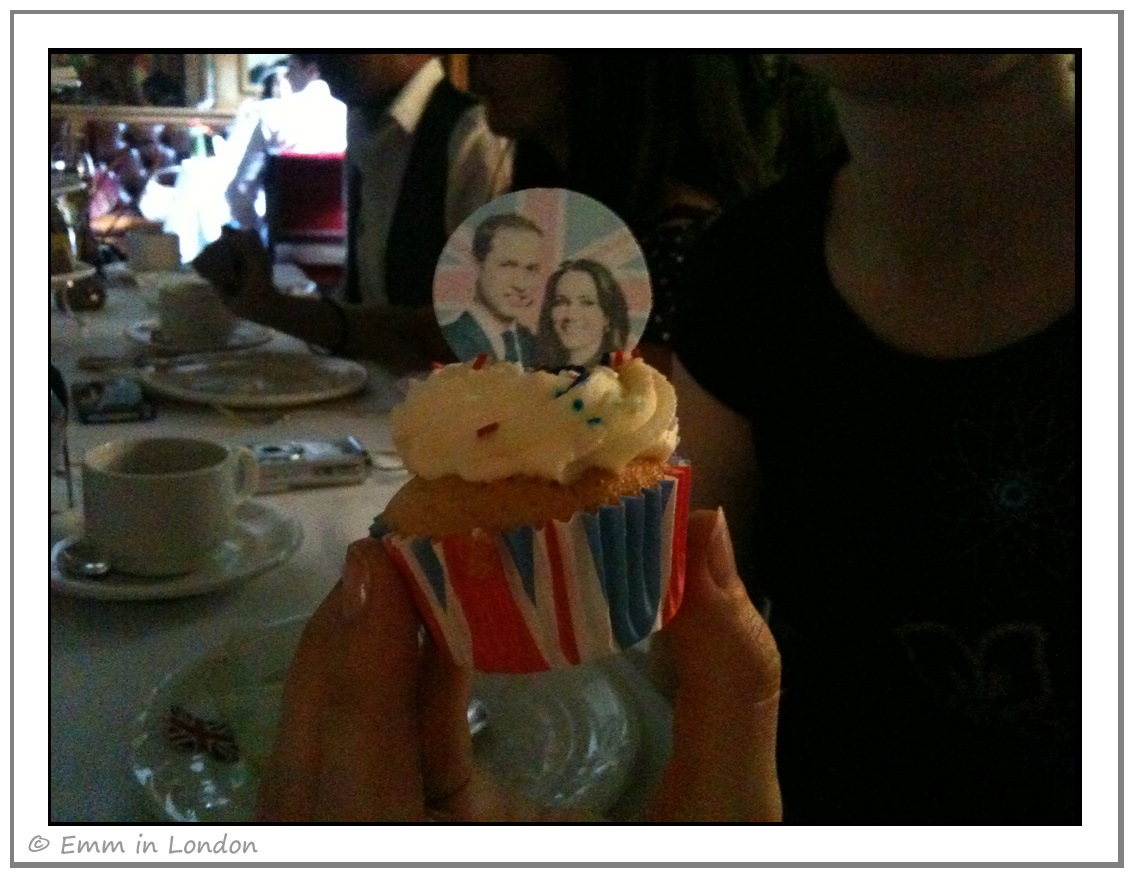 We went on the day after the royal wedding and it was a very exciting time to be in London!

In May, I spent a long afternoon in Camden Town with my friend Gyda. I hadn’t been to Camden Town in years and it was so much fun to shop, browse and eat on that beautiful, sunny afternoon. 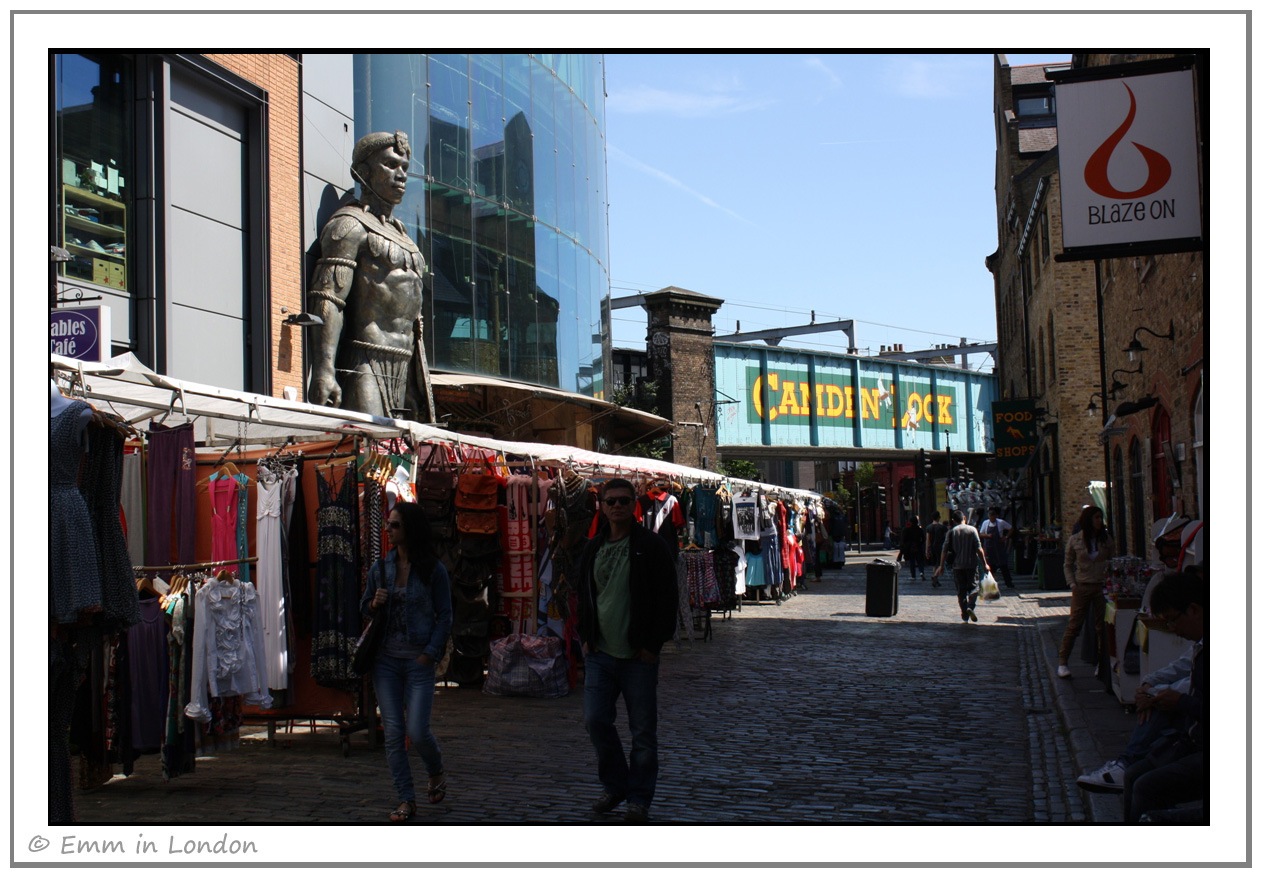 In June, I took part in the Race for Life for the fourth year in a row. This year was in Crystal Palace Park and I managed to take a couple of photos of this historic park. 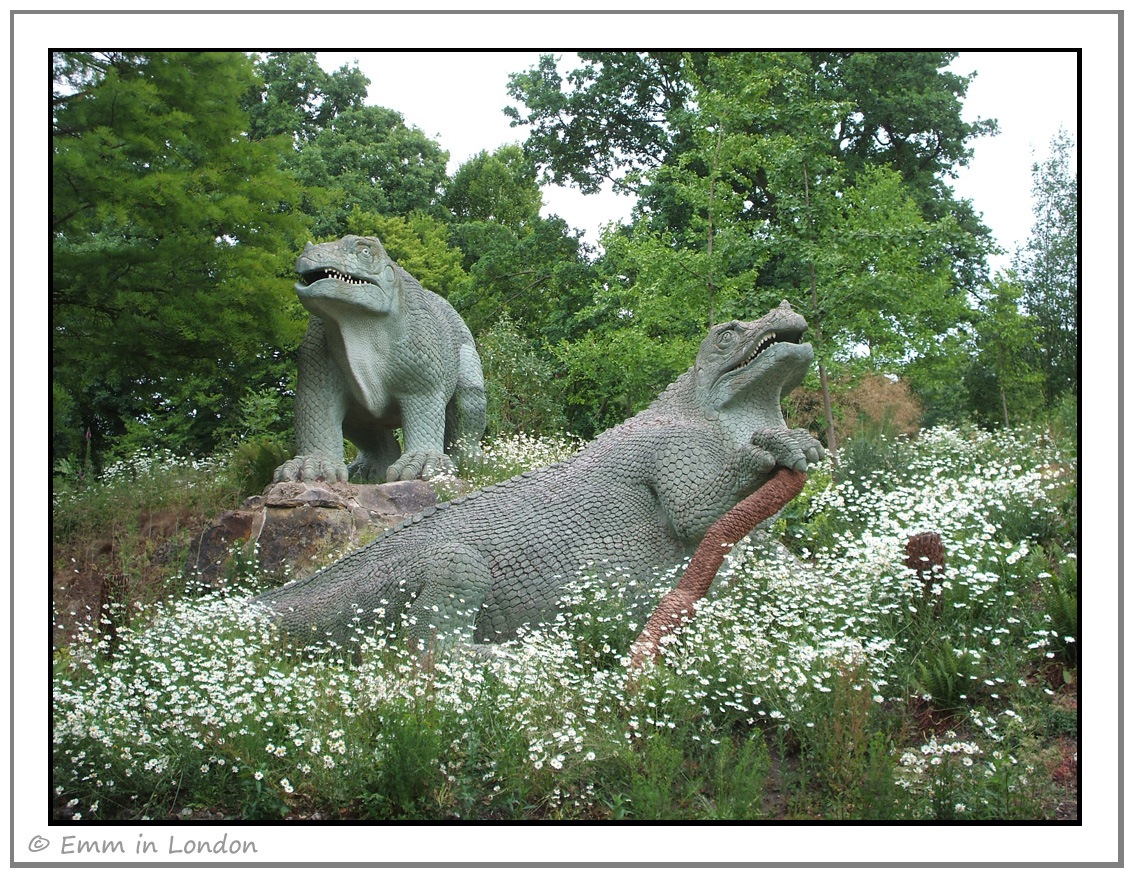 June was an interesting month too as I attended two book events featuring some of my favourite authors (Garth Nix, Jason Wallace) and I also attended an event on Rwanda: Strengthening Society Through Genocide Education.  It occurred to me that these are opportunities that I would perhaps not have had in South Africa and it made me appreciate living in such a big, metropolitan city like London.

In July, I went on an Alternative London Walking Tour with Melizza and her husband Greg.  This was an interesting guided walk through London’s East End and the best part about the tour was that it was free! 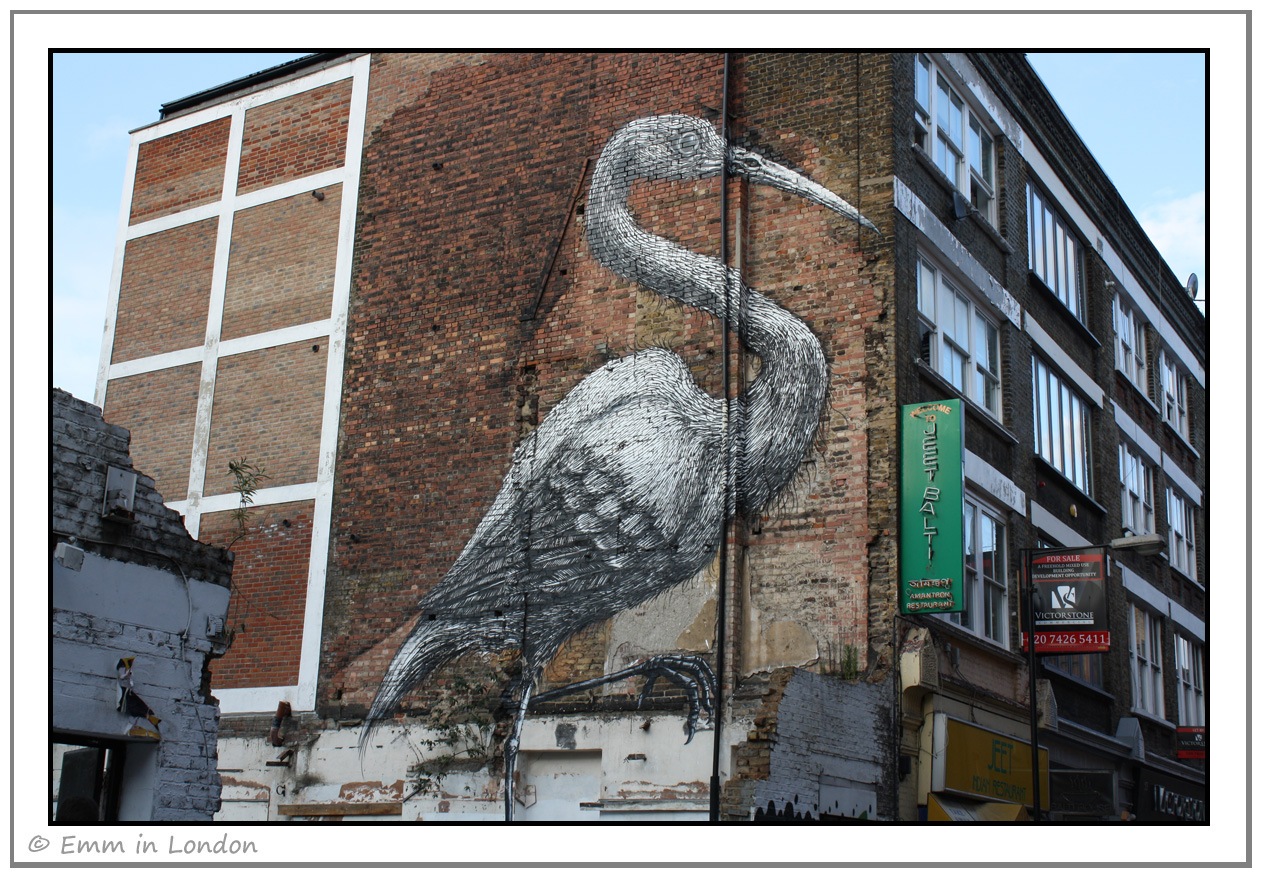 I took a million photos but, being the bad blogger that I am, never did manage to do a post about the walk.  With street art changing on a daily basis, I imagine that there is no other solution than to go on another Alternative London walking tour in the near future.

An Afternoon in Kew Gardens

We spent an afternoon in Kew Gardens and it was really lovely. Unfortunately, Kew Gardens is such a massive site that we only saw a fraction of what there is to see. 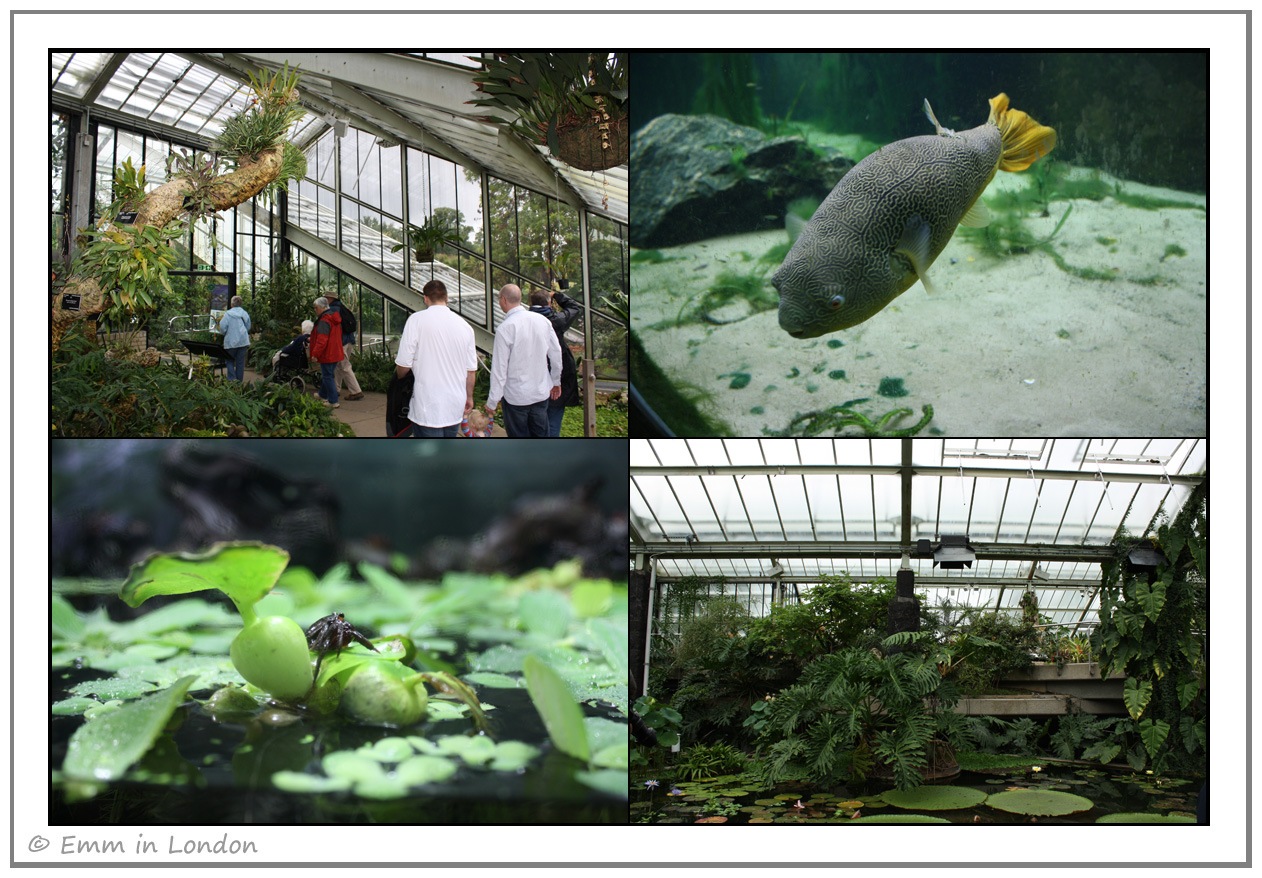 I would definitely like to return one day to see the Japanese gateway and pagoda or the wildlife conservation area.

We went on a fascinating black taxi tour with Graham from London Cab Tours.  On the tour, I learned all about the Queen’s neighbourhood in 5 Things You Didn’t Know About St James’s, London as well as seeing London through the eyes of a cab driver. 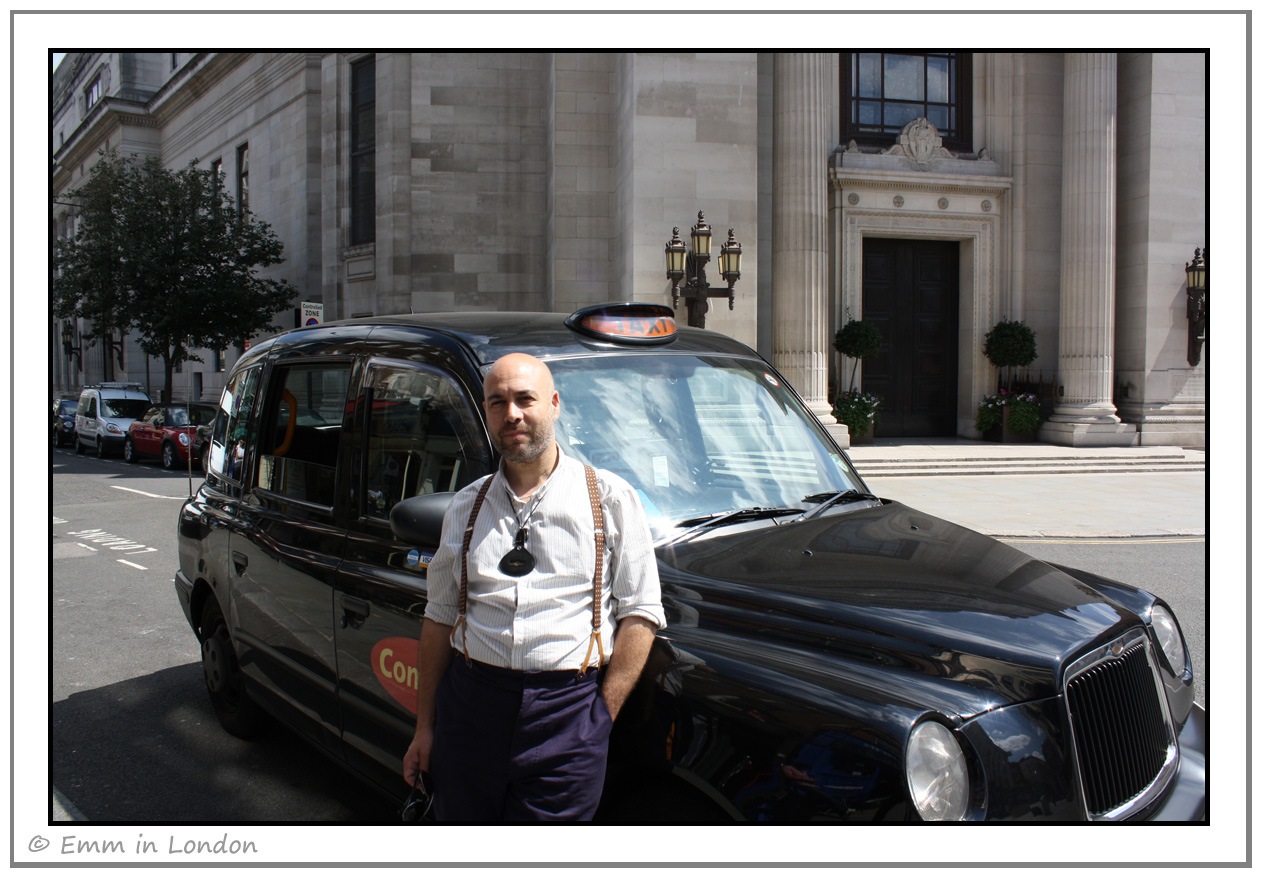 We also met the City of London boundary dragons and had the privilege of exploring Lincoln's Inn in Holborn on this great tour.

In October, we were blessed with incredibly warm weather and together with my sister-in-law Sandra, I went to visit Portobello Road for the first time ever. We had so much fun and Portobello Road really is a photographer’s dream. I would definitely like to visit again some time soon! 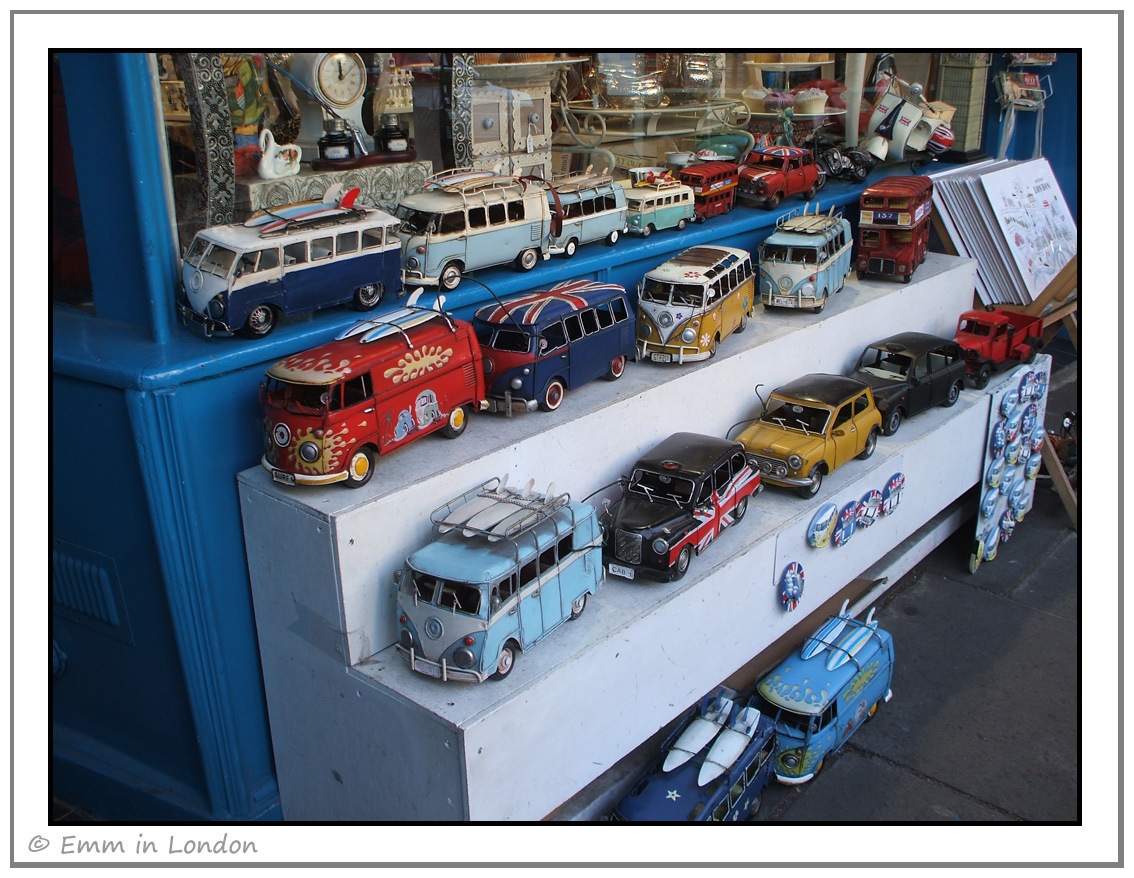 In November, I attended the Art by Offenders exhibition at the Royal Festival Hall. This was a fabulous collection of artwork by offenders, detainees and secure patients across the United Kingdom. 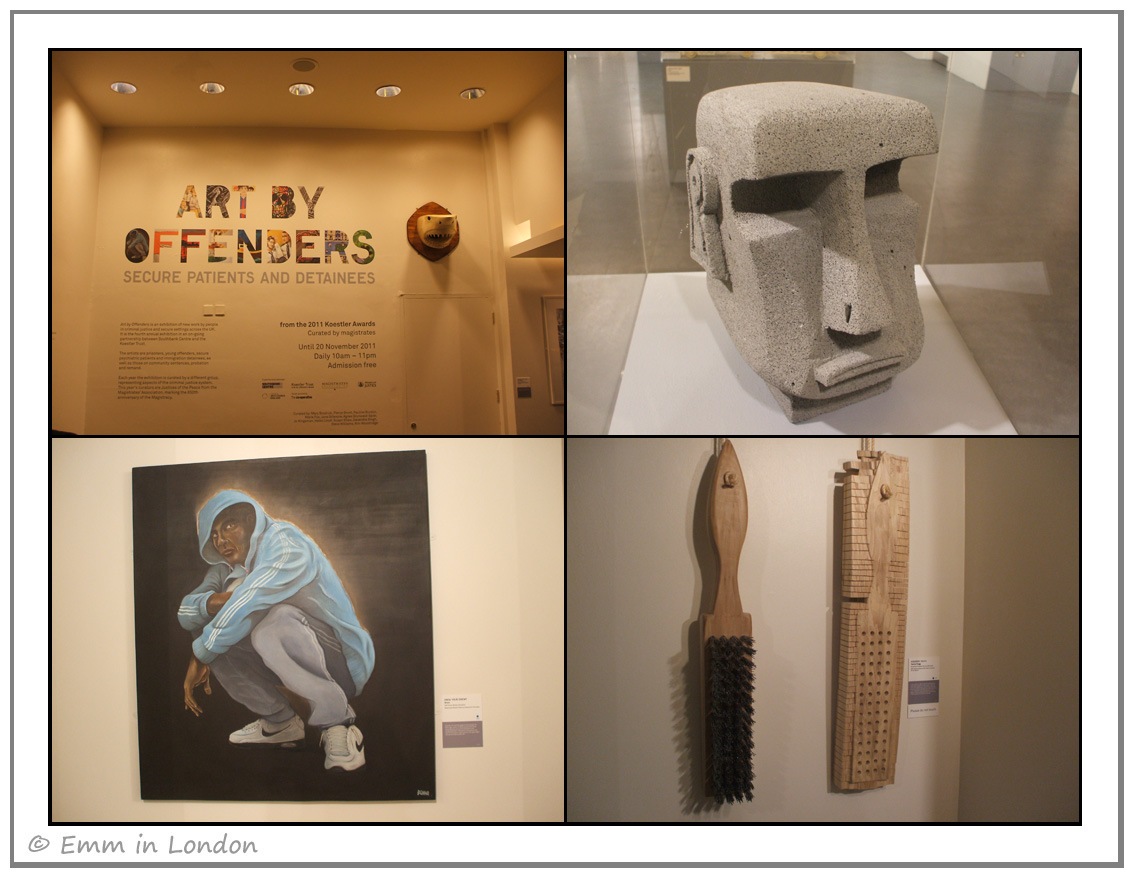 One of the best things about London is that there are so many art galleries, museum and exhibitions with free (or very inexpensive) entrance.  In 2012, I definitely want to see more of London’s art galleries and museums.

In November, I met up with a lovely group of expats and bloggers to visit the Enchanted Palace exhibition at Kensington Palace. 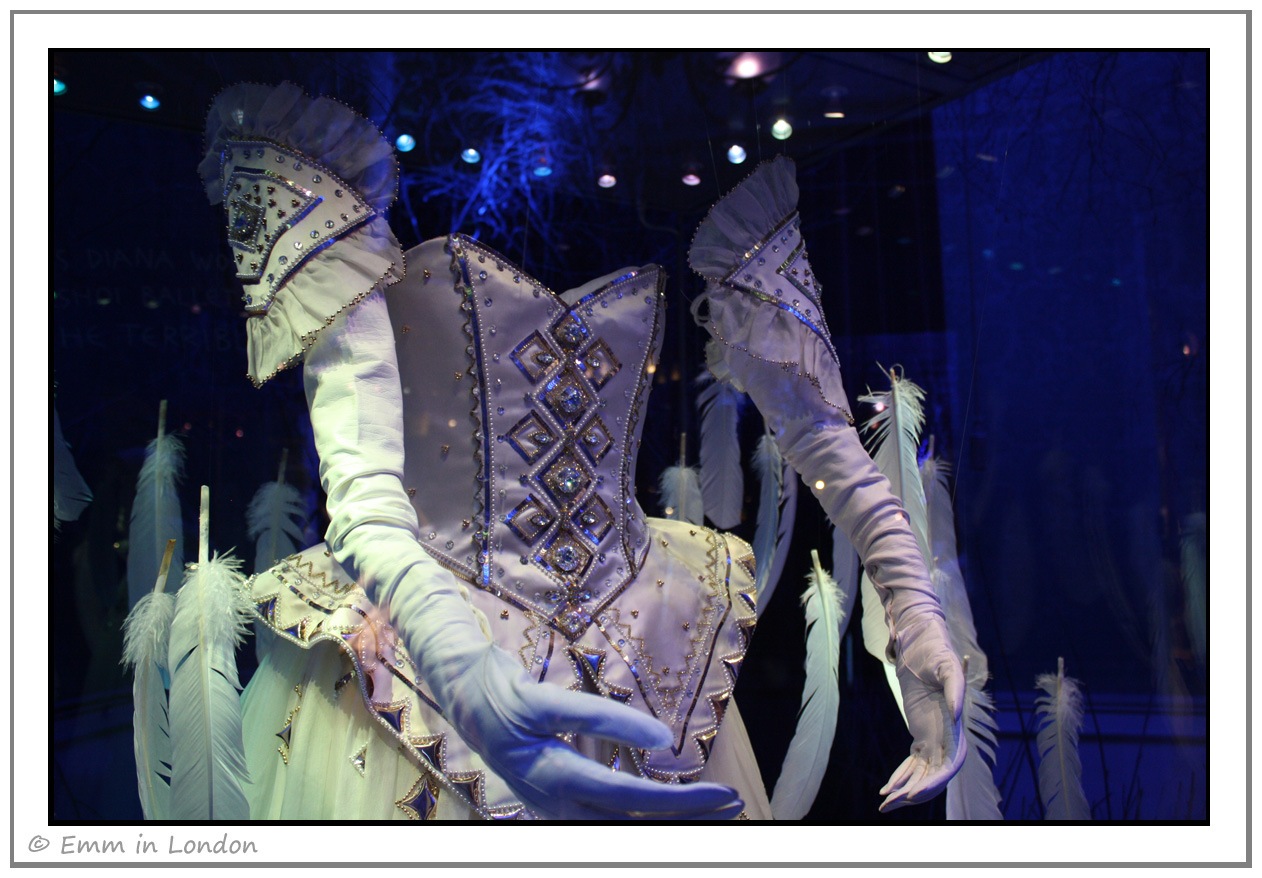 This was a magical display that took us through several centuries of real-life princesses and enchantment in the palace.

My last London-based activity for 2011 took place at the very edges of London in the London Borough of Bexley. We visited the lovely Hall Place and Gardens and took a peek inside the grand old residence too. 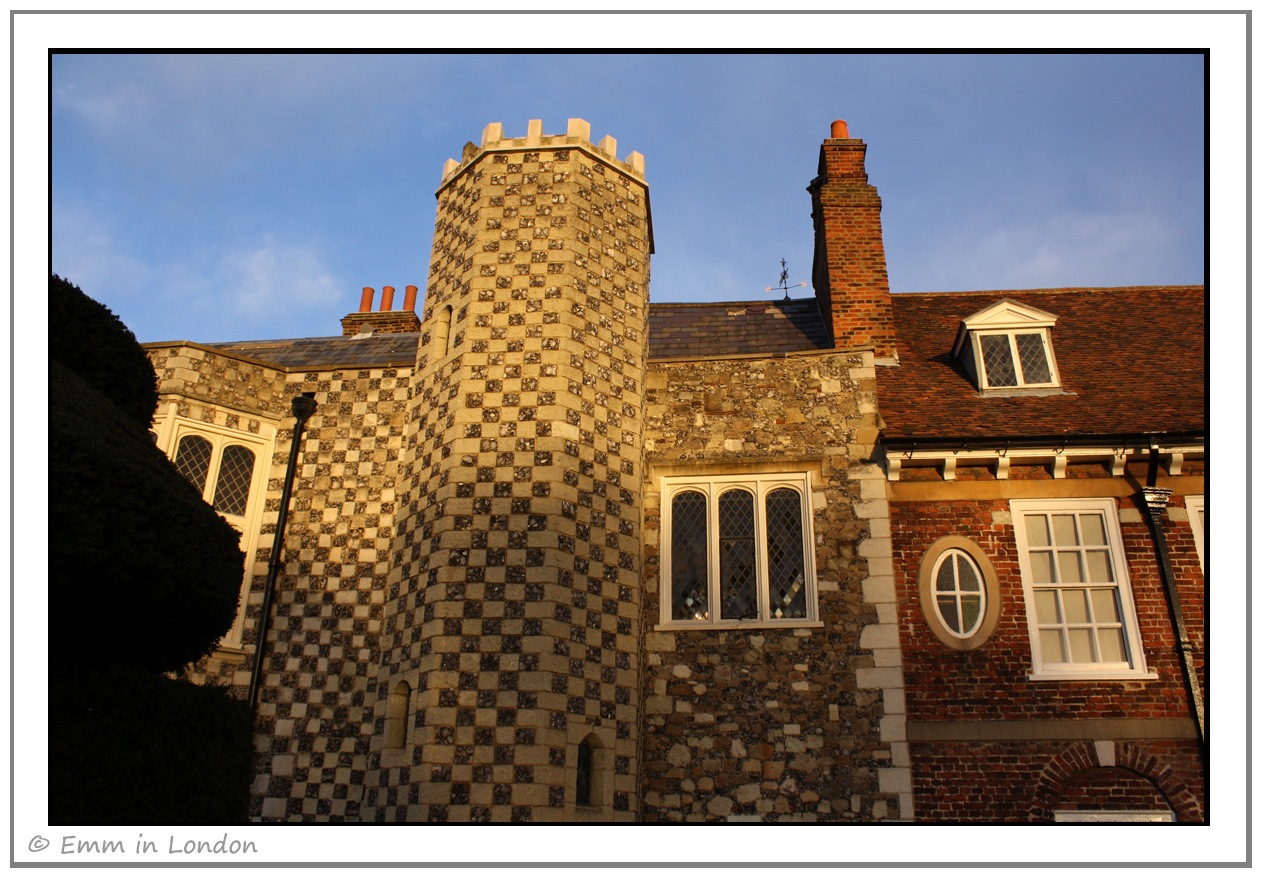 The remainder of December was dedicated to family and travel as Stephen’s parents were visiting from South Africa.  We had a lovely week in Suffolk (which I shall begin blogging about next week) and we had a fantastic and relaxing Christmas and New Year.

I hope everybody has had a great festive season and is energised and optimistic for the year to come.  I’d like to take this opportunity to say thank you to each and every person who read Emm in London, visited and commented in 2011.  I am not exaggerating when I say that none of this would be worthwhile without your encouragement, inspiration and friendship.  Here’s to a fabulous 2012!