Glimpses of the British Museum 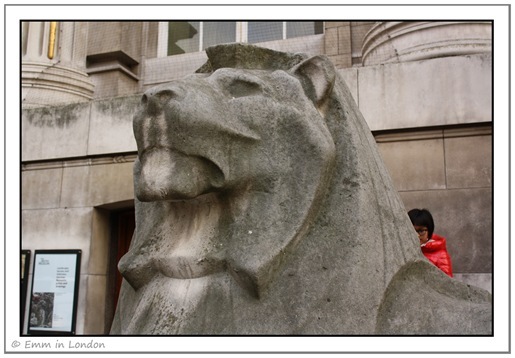 After lunch last Saturday afternoon, Greg, Mela, Jen, Melissa and I went through to the British Museum.  It feels almost criminal to admit this but I think it has been over three years since I last visited the British Museum!! We entered the museum through the Montague Place entrance and I got to see the beautiful lion sculptures for the first time.  The problem with coming through that entrance is it is not immediately as impressive as the main entrance.  Suffice to say, we quickly made our way through to the Great Court to see the exquisite glass ceiling.

When I suggested to the expats and bloggers that I wanted to visit the British Museum, my main interest was to see their collection on the Byzantine Empire (in part due to its influence on Orthodox Christianity but also compounded by The Borgias!).  I duly dragged everyone along with me to room 40 to see what we could find.  I was a tiny bit disappointed to see such a small collection but I guess that just means I will have to make a pilgrimage to Istanbul one day to see the Hagia Sofia. 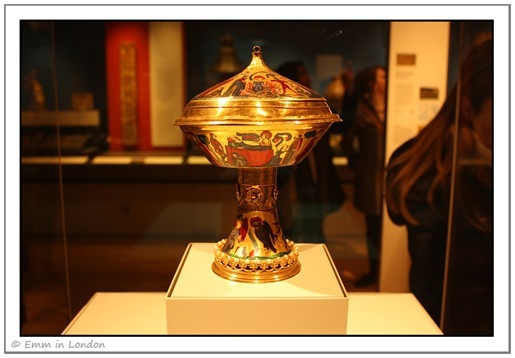 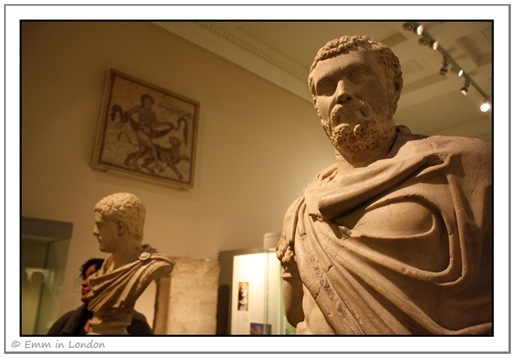 It is strange to think that five years ago, I knew next to nothing about the Roman Empire and would have waltzed through this room without paying attention.

Since then, I have visited Ephesus in Turkey, seen glimpses of Hadrian’s Wall in Scotland, visited Anglesey in Wales where the Romans brutally supressed the Druids, and just last week discovered that I have worked on what was once Watling Street for the past four years. It is really interesting to see history come alive through my travels. 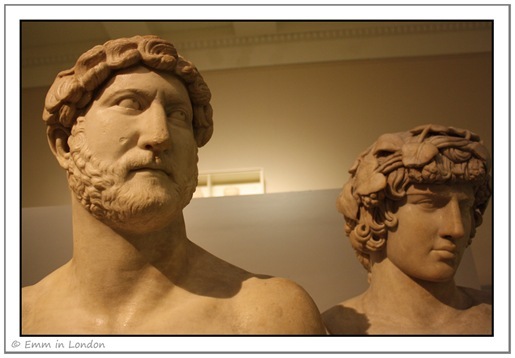 This is Hadrian and his one true love, Antinous… 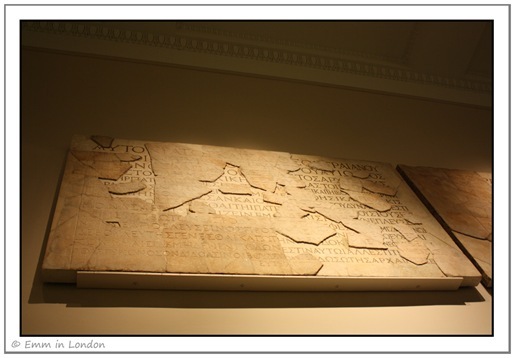 … and this is a letter from Hadrian to the council of Ephesus endorsing the services of Lucius Erastus, a boat owner.

It seems fitting that under this ancient letter and communication, we gathered around to discuss the various blogging platforms and the superiority of Wordpress over Blogger. 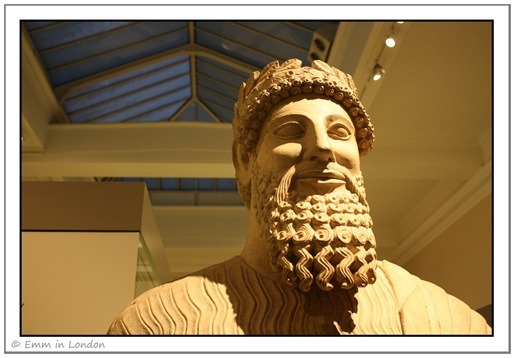 This is the upper part of a colossal limestone statue of a bearded man.  It dates back to ancient Cyprus in about 500-480BC.  I just loved his beard detail and marvelled that it had survived intact for 2,500 years! 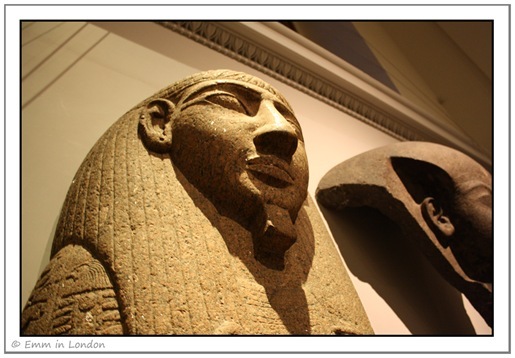 The sections on Ancient Egypt are my favourites which usually means that I head straight for them on arrival and only emerge several hours later.  It was good to see some other sections for a change.

We only spent an hour in the museum on this visit.  It was nice to leave without feeling completely exhausted but it did leave me with a desire to return as soon as possible! Perhaps I’ll go after work one Friday evening.

I have booked a place on the Camera Settings Workshop with the London Photo School & Club on the 25th February. This is a great workshop that teaches you about those complicated settings on your camera and I actually attended one back two years ago (see my post: Weekend Snapshots ~ 2: London).

Now that I have a new camera with completely different settings (and being that I did not practice what I learned at the last workshop and therefore forgot it), I have decided to attend again. I'm hoping to get some photos of the ruins of the bombed-out church of St Dunstan-in-the-East so please join me if you're interested in that type of thing! The workshop is £45 and includes tuition, practice and feedback.