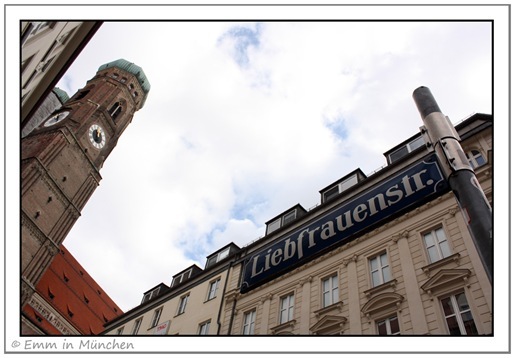 The Munich Frauenkirche is one of the most iconic landmarks in Munich, known especially for its unique Renaissance-style domes.  This magnificent red brick building was built in the late 15th century and was consecrated in 1494, with the domes added in 1525.  It is a Catholic church and the full name is Dom zu Unserer Lieben Frau which translates to Cathedral of Our Dear Lady.

The church is located on Frauenplatz (Women’s Square) but it faces Liebfrauen Strasse (Loving Women Street) too.  I understand the religious context of the name but I was also quite thrilled to be surrounded by such a love for women!

When you are looking for churches in Germany, do be careful not to add an ‘s’ into the name.  Kirche means church, kirsche means cherry! We had a good laugh about that when one of our party made that mistake. 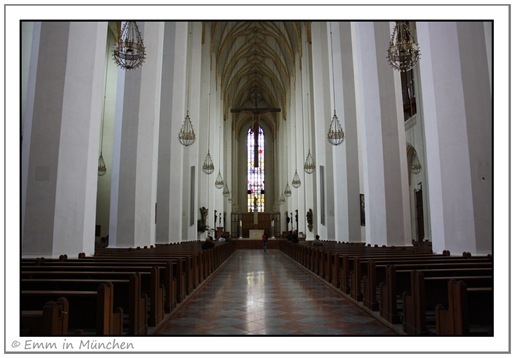 Like many of the churches in Munich, entrance to the church is free but they do prefer visitors not to come in during services.  It is hard to express how big this church is but it can hold an incredible 20,000 people during one of the regular masses. 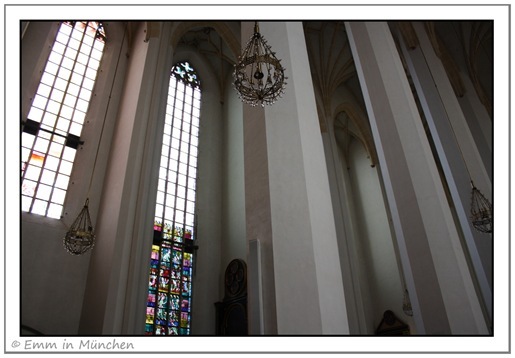 The church was greatly damaged during World War II and renovations continued right up to 1994.  That is not to say that work will not continue on the church and in fact, one of the towers was covered in cladding when we visited. 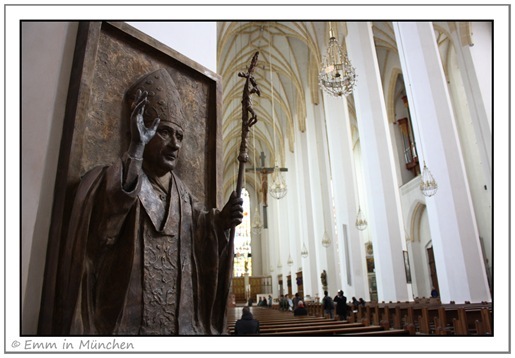 There is a lovely legend connected to the church and it has to do with this human footprint that can be seen in the entrance hall beneath the chorus.  If you step into this foot, you cannot see any of the windows in the church and at one time, you could not see the middle window either because there was a huge alter there.  It is said that after the building was finished but not yet consecrated, the devil sneaked in and was greatly amused that there were no windows in the building.  There is little use for a building without windows, said he. 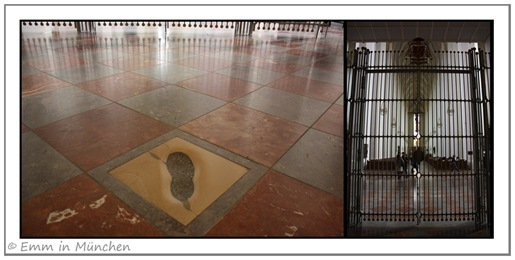 He stomped his foot in triumphant joy, leaving the mark you see here today. However, when he took one step further, he saw all of the windows between the columns of the church and realised he was the fool. In a fit of fury, he turned into a violent wind, hoping that he could tear down the church with his might.  To this day you can experience the fierce winds around the Frauenkirche which is of course still standing after all of his efforts.

Isn’t that a wonderful tale? 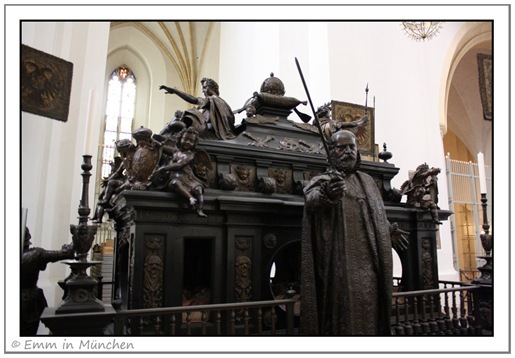 This is the tomb monument for Kaiser Ludwig IV der Bayer by master sculptor Hans Krumpper.  Ludwig IV was an incredibly important figure in Bavarian history and lived from 1282 to 1347.  He was otherwise known as King Louis IV or the Bavarian in the English speaking world and was of the house of Wittelsbach.  In his time, he was the King of Germany, the King of Italy and the Holy Roman Emperor from 1328 until his death in 1347.

Apparently he is buried in the the Frauenkirche and I am trying not to think about where his body might have been between 1347 and the consecration in 1494, although the church did replace an older romanesque church that was previously on site. 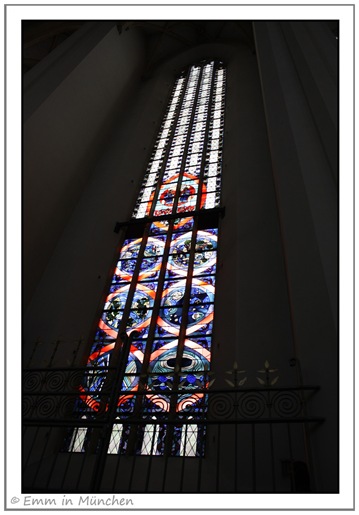 The Glasfenster or stained glass windows were quite exquisite but we could not for the life of us figure out which scenes were depicted!  It would have been nice to attend a tour of this particular church as there was a lot in the way of symbolism that I would have liked to learn more about. 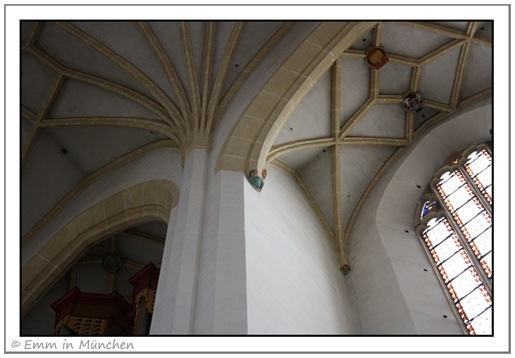 You might need to click on the photo above to see, but we were greatly amused by these little figures hanging from the ceiling.  They were like benevolent gargoyles!

With a final glance at the eerie display in the basement, we were on our way to see the Glockenspiel in Marienplatz and the sculptured gardens of The Munich Residenz.