It is incredible how fast ten years can fly by, especially when you move to a new country.  Stephen and I celebrated our ten-year wedding anniversary this year and my mum gave us a special gift of a Bateaux London lunch time cruise on the Thames.  Of course, we were in Munich for our actual anniversary and so it happened that we only got to go on the cruise this weekend.

We arrived at the Embankment Pier just before noon on a gorgeous autumn day. The leaves are just beginning to turn golden and as we waited to board the Symphony, we saw a wedding party strolling up the Embankment to take photographs.  It was particularly fitting as it was a similar autumn day when we got married in South Africa. 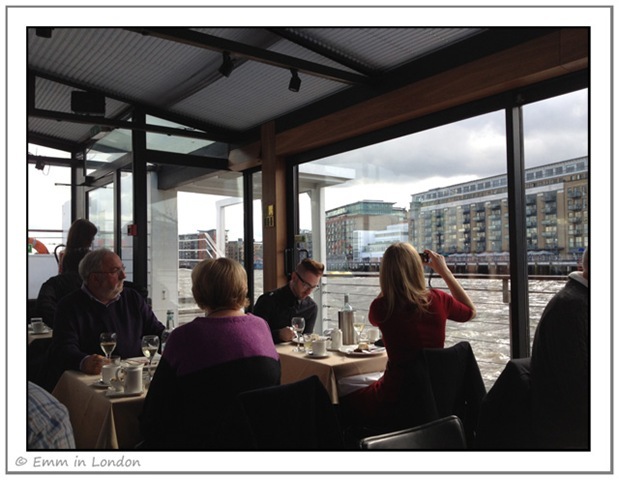 The cruise took us from Embankment Pier, up briefly past the London Eye and the Houses of Parliament, before turning around and going down river under Westminster, Hungerford, Waterloo, Blackfriars, Millennium, Southwark and Cannon Street Bridges to London Bridge and Tower Bridge.  We went on all the way down the Thames to Canary Wharf and on a calm day might have travelled all the way to the Thames Barrier but it was particularly choppy yesterday and we turned back before Greenwich.

The choppy waters certainly didn’t deter us from enjoying ourselves and the food and service were both fantastic! 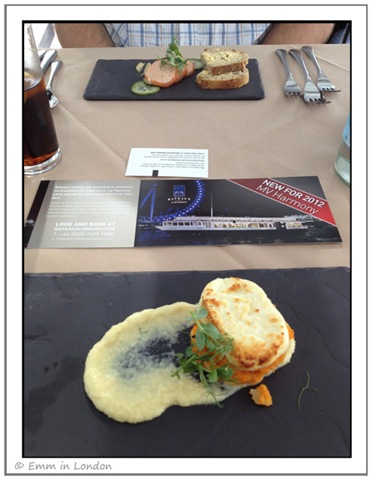 For starters, Stephen went with the salmon while I had the vegetarian option on account of my pesky salmon allergy.  Judging from how quickly he finished it, Stephen certainly enjoyed his salmon but I savoured mine as the combination of goats cheese and pureed vegetables was absolutely divine. 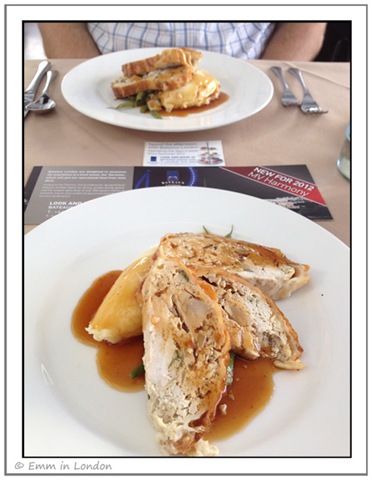 The main course was really tasty and surprisingly filling.  In fact, it was my favourite of the three courses.  It amazes me how much I like green beans as an adult as they were my least favourite vegetable as a child. 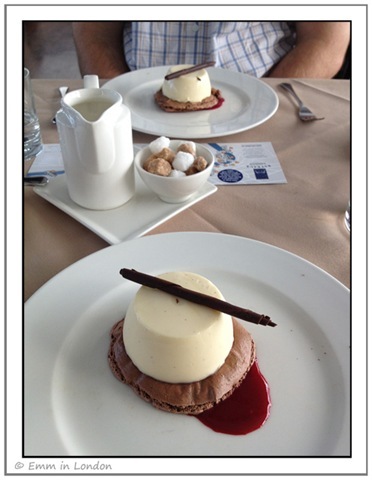 We finished off with a lovely vanilla pannacotta and a lovely rich, strong cup of coffee.

As we sat back and relaxed after the meal, the boat began its return back to Embankment Pier and we were treated to a fascinating commentary on the historic sights that we were passing.  There was the Captain Kidd pub and Execution Dock, the Mayflower Inn where the original Mayflower departed from before landing in Plymouth, and Butler’s Wharf which was once the largest tea warehouse in the world.

We had a superb afternoon and we both agreed that it was a lovely surprise and something that we probably wouldn’t have bought ourselves.  Thanks Mum!

I wholeheartedly recommend a restaurant cruise with Bateaux London.  We were specifically interested in doing one of their Afternoon Tea Cruises soon but I see that they do Thames Dinner Cruises, Sunday Lunch Jazz Cruises and New Year’s Eve cruises too.