A Study of the House at 221B Baker Street 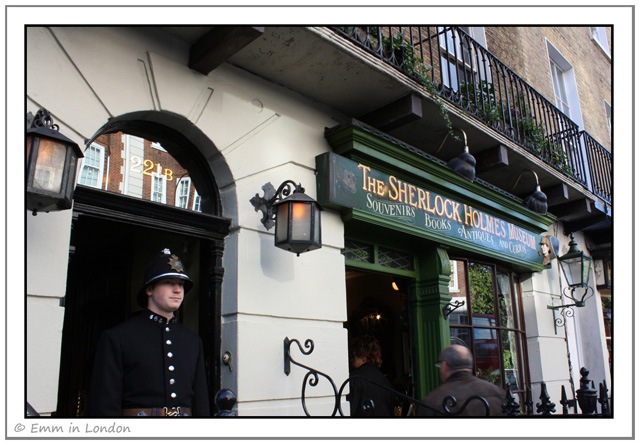 When I was planning our activities for last week, there was one destination in London that soared to the top of the must-see list.  My teenage visitor and I are huge fans of the BBC series Sherlock so naturally we decided to visit the most famous address in the world: 221B Baker Street.

Strictly speaking, the Sherlock Homes Museum isn’t located at 221B Baker Street at all but is more accurately described as 237-241 Baker Street, London, NW1.  Located in an 1815 Georgian townhouse, the museum opened in 1990 and was granted permission by Westminster Council to use the address 221B Baker Street.  We were told that the museum receives thousands of pieces of fan mail a year, addressed to the great detective. 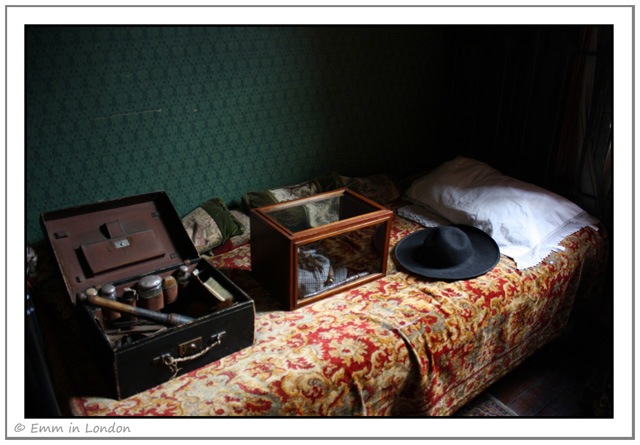 Stepping inside the Sherlock Holmes Museum is like stepping back in time to the height of the Victorian era.  The house is faithfully arranged as it might have been during those times and the furniture, trimmings and trinkets are all carefully chosen in keeping with the era. 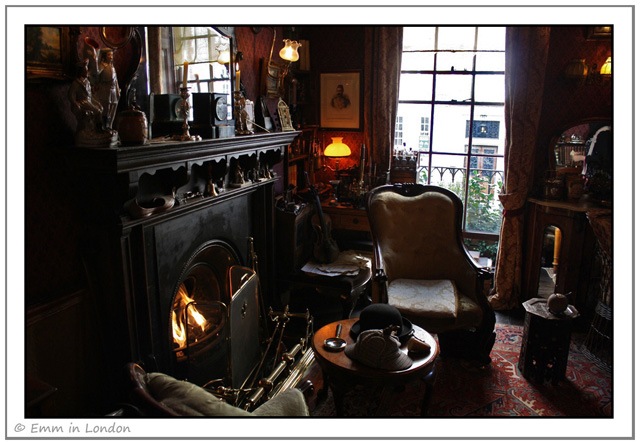 But of course, this is no ordinary house.  This is meant to be the home of Sherlock Holmes and Doctor John Watson, tenants of landlady Mrs Hudson.  In Arthur Conan Doyle’s books, the consulting detective and his friend lived at 221B Baker Street from 1881 to 1904. 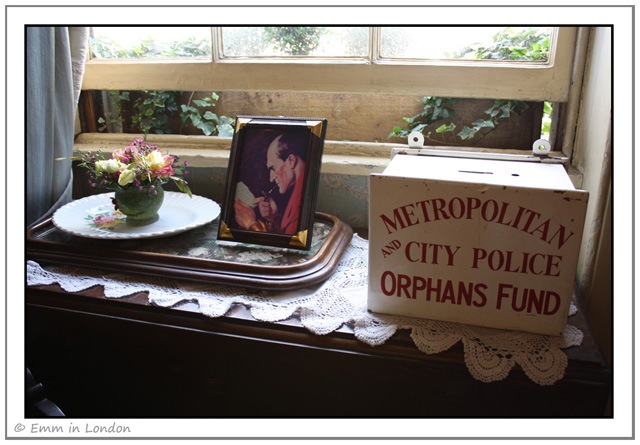 We wandered through the bedrooms of both Holmes and Watson, and lingered in the famous first floor study overlooking Baker Street.  My favourite part was Doctor Watson’s medical books and supplies but that should not be surprising as Watson was always my very favourite character. 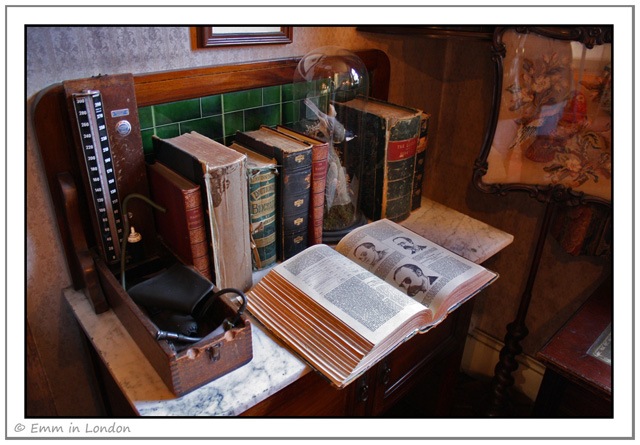 The second floor of the house featured a host of various characters and props from the various Sherlock Holmes stories and included the original chair as used by the illustrator Sidney Paget to draw Holmes seated with Watson in the books. 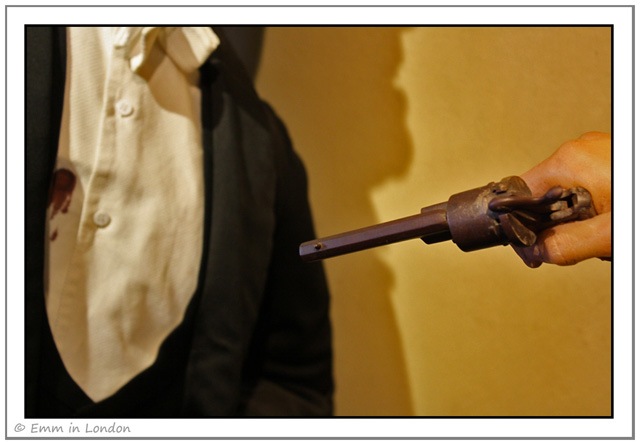 It was interesting to see the house as it must have appeared in the books.  The study is massive in Guy Ritchie’s films and still rather large in the BBC series but in reality, the stairways would have been dark and cramped, and the rooms would have been cosy, to say the least. 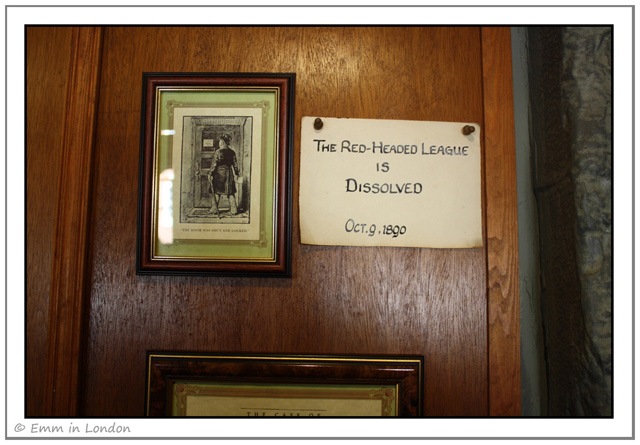 The best part about the tour is picking through all of the clues and references to the cases.  On the second floor of the house, there were wax models of Holmes, Watson and even Moriarty.  Can I just say that Andrew Scott makes a far better looking Moriarty than the original image created by Sidney Paget? 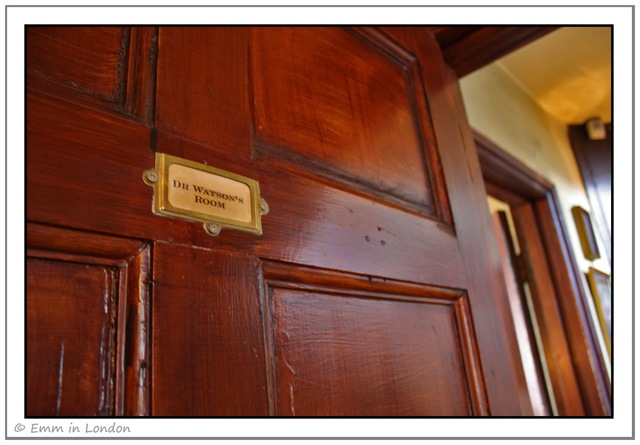 The Sherlock Holmes Museum is open every day of the year except for Christmas Day.  It costs just £6 for adults and £4 for children to enter the museum and it is open from 9.30am to 6pm daily. 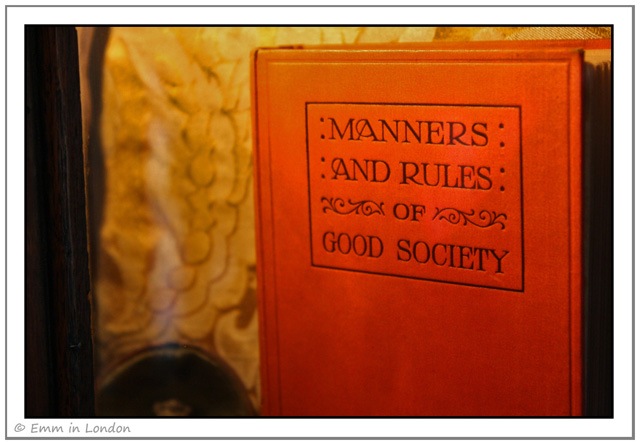 You don’t have to book ahead for tickets but it is worth noting that there is an approximate wait of 30 minutes to get into the museum.  The nice thing is that they don’t let too many people in the house at one time but they also don’t seem to warn you that you should purchase tickets in the gift shop before getting in line for the tour. 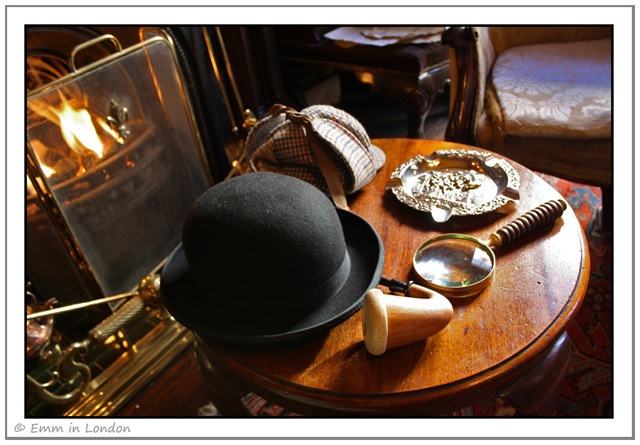 All of this simply made me want to read al of the Arthur Conan Doyle stories as I realised what a rich and wonderful world he created.  Of course, that wouldn’t be the first time I was encouraged to return to the source last week following visits to Shakespeare’s Globe Theatre, the Doctor Who Experience in Cardiff and the Harry Potter Studio Tour.  That is all the topic of another post though!