Magic and Enchantment in Munich’s Marienplatz 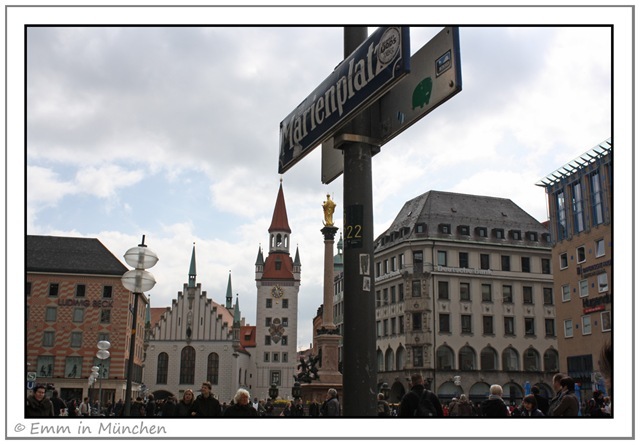 There is little on earth that will rival a little girl’s imagination.  When I was a little girl, I thrived on tales of magical kingdoms and enchanted forests, wishing chairs and talking owls.  Mine was a world of fairy rings, magical creatures and enchanted lands far, far away.

We might not have made it to Schloss Neuschwanstein on this visit to Bavaria when I first laid eyes on the Altes Rathaus in Marienplatz, I thought I was seeing a real fairy tale castle! 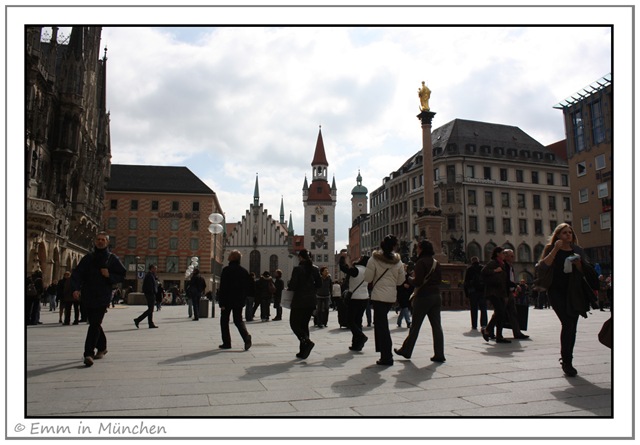 Marienplatz translates as Mary’s Square or Our Lady’s Square.  It is a lovely old square in the centre of Munich and it is here that we first saw the Altes Rathaus or Old Town Hall.

The tall spire that you see was once the Talburgtor which was one of the five gates of the city wall which was built around Munich in the 12th century. Talburgtor was the smallest of the gates and it was redesigned as part of the Old Town Hall when it was constructed between 1392-1394.  The neo-gothic design of the Altes Rathaus was implemented during a restoration in the late 19th century and I think it is really very charming. 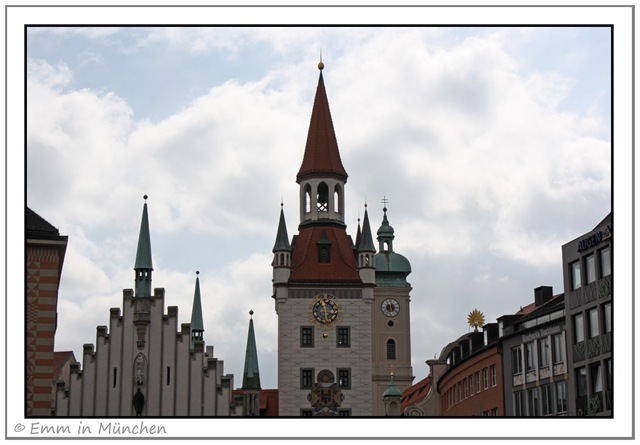 One feature you can’t help but notice in Marienpatz is the imposing Marian column Mariensäule or Statue of Our Lady, for which the old town square was named. This column features a golden statue of the Virgin Mary standing on a crescent moon and was built in 1638 to celebrate the end of the Swedish occupation of the city.  It reminds me of the Colonne de la Déesse built in Lille's Grand’Place to commemorate the successful resistance to the Austrian siege of September 1792. 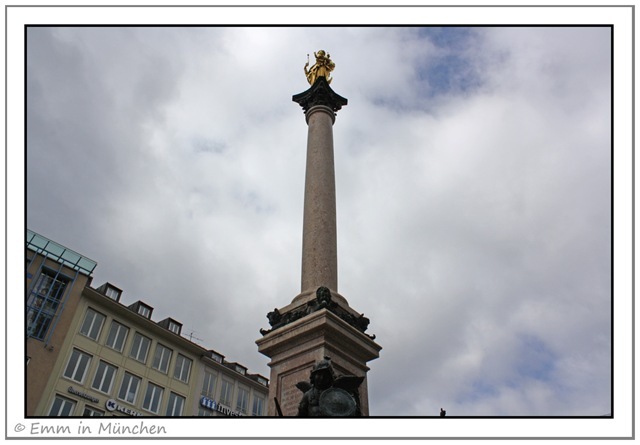 Of course, it would simply not be possible to enter Marienplatz without eventually turning to the north and taking in the vast Gothic Revival Neues Rathaus or New Town Hall, built between 1867 and 1908. 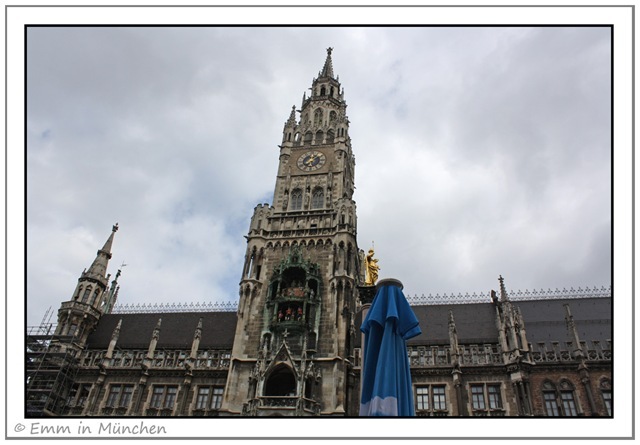 I am usually a great fan of this architectural style but have to admit to being more than a little awed by this massive structure.  I really do believe that it can only be adequately photographed from the air. 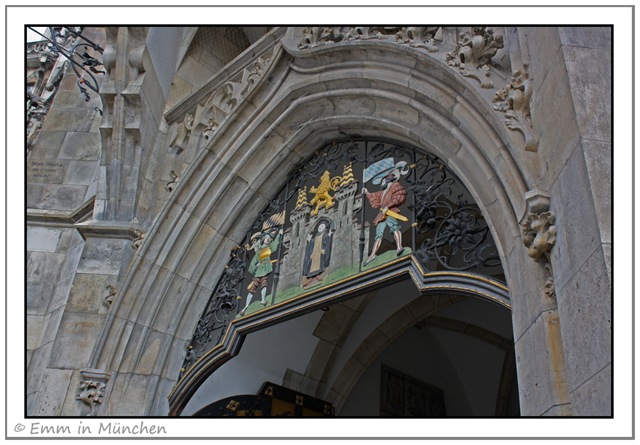 When I took this photo, I stood with my back laid flat against the opposite building.  As I say, it is hard to take in the vast expanse of this grand old building. 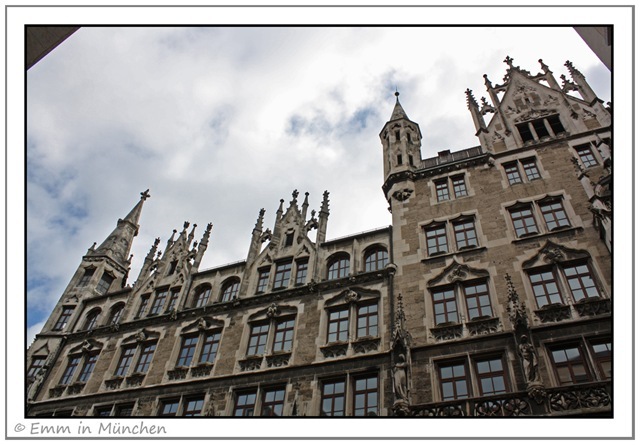 The Neues Rathaus is one of the most visited and photographed buildings in Munich because it is also the house of the city’s famous Glockenspiel. 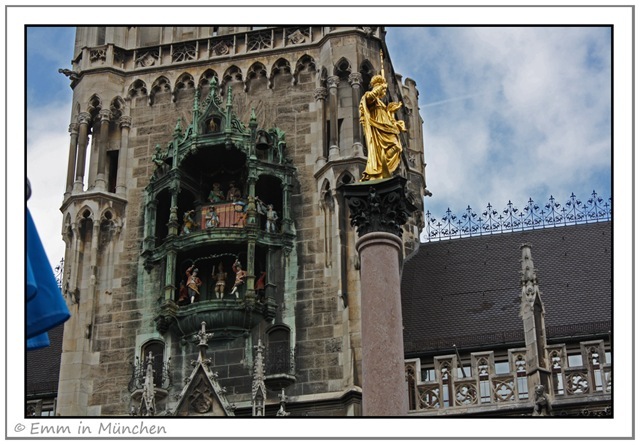 It was quite cold on the day that we visited Marienplatz so we sat down at one of the cafes and ordered fries and hot chocolate.  It was such a lovely atmosphere, which I think you can experience a little bit at 2:30 when the bells began in earnest.  I do apologise for the camera flying all over the place at one point, that was just us spilling a full glass of coke all over our table!