Must See: War Horse at the New London Theatre 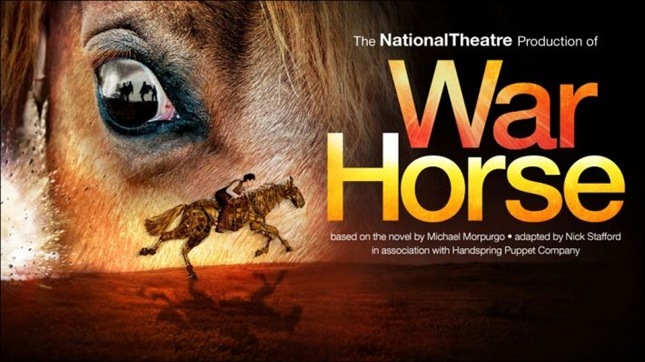 In my mind, I’ve always considered a divide between theatre and film. I’d never truly been moved by a show, never truly experienced the full range of emotions from elation to devastation and I was okay with that because that was the arena of film. That changed when I saw War Horse.

In a word, War Horse is spectacular. Based on the novel by Michael Morpurgo, War Horse has been brought to London’s New London Theatre by A Really Useful Group Theatre in association with South Africa’s Handspring Puppet Company.

I enjoyed every minute of the play and it really is the best West End show I have ever seen.  Let me tell you a little bit more about the story, the actors, the set design and artwork and most of all, the puppets.

War Horse is a delightful story but I obviously don’t want to give too much away.  It is the story of how a young hunter is captured as a foal and sold at auction to the Narracotts, a farming family.  Young Albert Narracott falls in love with the foal, names him Joey and works him until he earns his trust.  All too soon, the First World War breaks out and the army calls for horses for the cavalry.  Despite being separated, the bond between Albert and Joey ultimately proves to overcome the distance between them and the horrors of the war. This is a story about the futility of war and drawing lines, and the transcendence of love and hope.

We were quite lucky on the evening we went to see War Horse because John Trindle was playing Albert Narracott (he usually plays Albert’s cousin, Billy).  John did a really good job and he was absolutely endearing as the wide-eyed and optimistic Albert.  I adored Rachel Sanders in her role as Rose Narracott, Albert’s mother. She was hilarious and made a great pair with Steve Nicolson who played Albert’s father, Ted.

My favourite actor was Richard Cant who played the conflicted German soldier Friedrich Müller. He gave a truly impeccable performance and managed somehow to win the sympathy of the audience despite being one of the enemy. 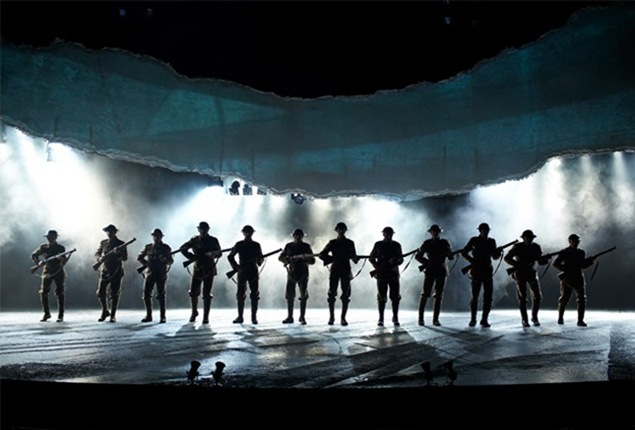 The Set and the Artwork

The War Horse set is quite simple but designer Rae Smith made use of exquisite artwork to convey the torn and devastated landscapes of war time France.  Fragments of film, torn sketches from a notebook and other images were projected onto a screen and certainly made a dark and convincing backdrop for the play.  When considered alongside the puppets, which I shall discuss next, it is no surprise that I found myself so emerged in the play.

I was impressed when I saw photos of the puppets before the show and after reading up about the Handspring Puppet Company, I knew we were in for a real treat. What I didn’t expect was to be so taken by these realistic and expressive puppets that I was moved to tears in the heart wrenching scenes towards the end of the play. I was so engrossed that I forgot for a moment that these were puppets, not real horses.

Hmmm.  I don’t think I’ve quite conveyed the depth of my emotions there.  Let’s just say there was a scene involving barbed wire that had me beating my chest and taking deep gulps of air, hoping against hope for an impossible outcome. It was agonising and in that moment, it did not feel like it was a mere puppet up there on the stage.

The puppets are life size and not only are we treated to both foals and full grown horses in the play, but there are also a fabulous goose, birds and crows. While the smaller animals require just one puppeteer, the horses require at least three people working behind the scenes but there were times when I barely noticed the puppeteers. These are not static puppets, that is for sure, and no detail is ignored.  Ears flick in annoyance, the horse shifts weight from one back leg to the other while standing still, and they use their full momentum to rear up in anger. 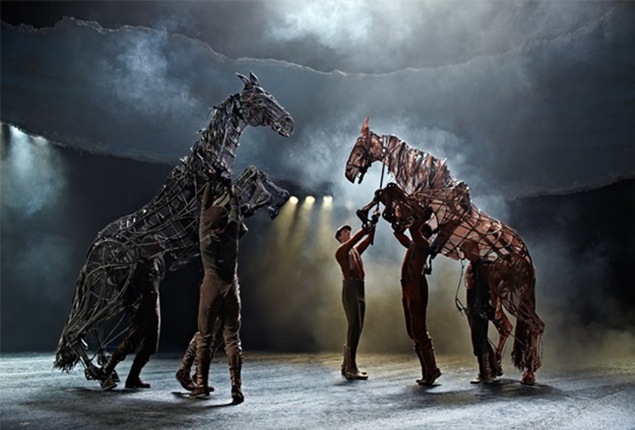 War Horse is absolutely impressive in every way and I simply can’t fault it.  I feel like I’ve been disappointed so many times in London theatres (I see a lot more than I review!) but this is one play that I would be happy to see again and again.