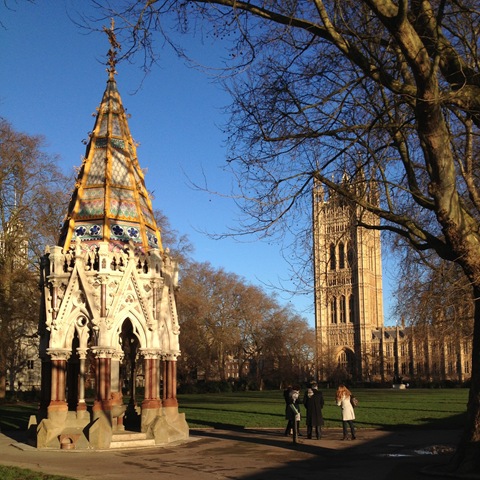 My favourite moments in London are those that transform so easily from interest to wonder. A week ago, I decided to walk from Victoria Station to Charing Cross. Instead of taking my usual route via Buckingham Palace and The Mall, I walked via Lambeth Bridge and soon found myself in Victoria Tower Gardens.  This is the tiny garden tucked between the Thames, Millbank Tower and the Houses of Parliament.

I was certainly intrigued by the ornate Victorian structure in the garden but fascinated to learn that this was a memorial commemorating the emancipation of slaves in the British Empire in 1834. I have a keen interest in both historical and modern-day slavery and was very interested to discover this. 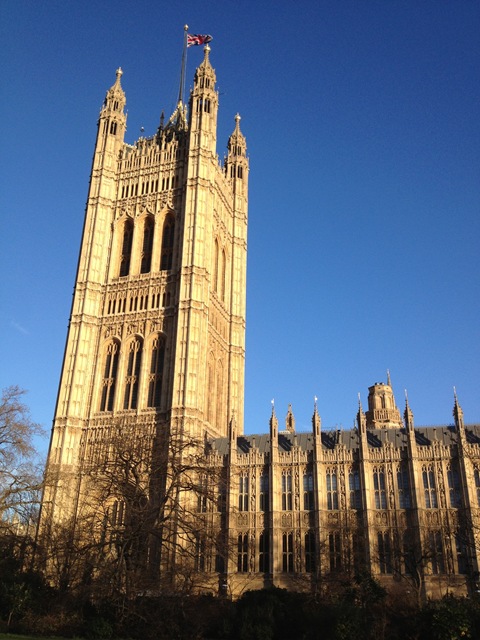 It was a beautiful, sunny day in London, as it often is in the winter months just before the temperature drops and snow arrives. Sure enough, we had snow (as light as it was) on Monday.

I was at the south-west end of the Palace of Westminster which is home to the Houses of Parliament and I was quite taken by the beautiful and imposing tower looming over the gardens. Well, it wasn’t really doing any such thing on this bright, crisp morning but I’m sure it must on stormy nights! 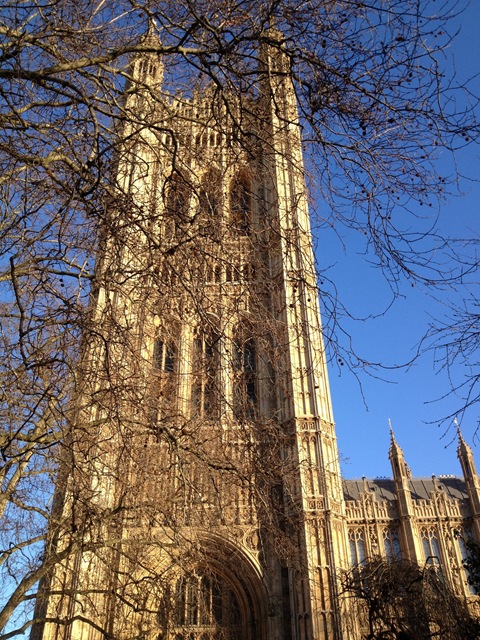 Once I took this photo, I took a look at my map and was a little confused at first because it said that I was at the Victoria Tower. Not knowing what that was, I looked around once or twice to see if I could spot any other tower. I was approached by one of the Houses of Parliament security personnel and as you might imagine, that is a slightly daunting experience!

“Can I help you with something”, he asked, naturally trying to ascertain whether I really was a hapless tourist or something else entirely. I pointed up to the tower and hurriedly asked what it was and I’m eternally grateful that he didn’t answer that it was a tower, which I’m sure his London wit was aching to do. Indeed, he was nothing but polite and professional and answered that it was the Victoria Tower. “Thank you so much”, I gushed, in my best impersonation of a non-threatening, hapless tourist, “that’s exactly what I was looking for”.

So this is the Victoria Tower, south-west tip of the Palace of Westminster and home to the Parliamentary Archives. At 98.5 metres high, it is taller than Big Ben (formally known as Elizabeth Tower). 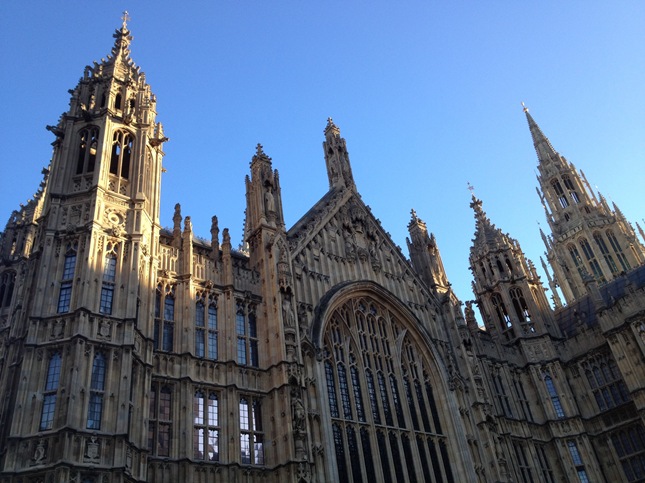 I decided not to linger and continued on my walk. (Just as well because as you might notice by the time on Big Ben below, I was going to be late to work, again). I did stop briefly to marvel at the architectural wonder that is the Palace of Westminster. How exquisite and ornate is that? How intricate the detail that went into every arch, curve, line, alcove, window, spire and corner! The photo above was taken in the part of the Palace known as Old Palace Yard. 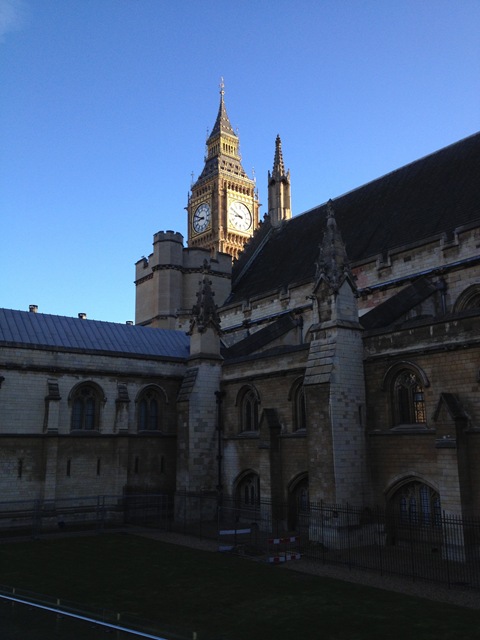 Old Palace refers to the old Palace of Westminster that was destroyed in a fire in 1834. Westminster Hall was one of the only parts of the original palace that survived and that was only due to extensive fire fighting efforts and a change in direction of the wind.

Like I said, by the time I took this photo, I was definitely going to be late for work as I was almost a mile away and even I can’t walk that in ten minutes.  That didn’t stop me from stealing a photo of the beautiful Whitehall Court, of course, which I will show you on Monday.