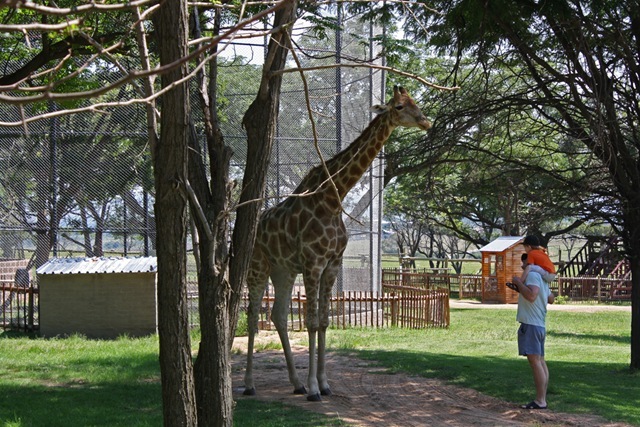 Update May 2014: I did enjoy my visit to the Lion Park in Johannesburg and will leave this post up but my opinion of this establishment and the Rhino and Lion Reserve has since changed. I have come to understand the plight of captive bred lions, how lionnesses are subjected to the traumatic, forced removal of their cubs and how lions bred in these parks eventually land up being victims of canned hunting.

Sometimes I amuse myself. When I was planning our trip to Johannesburg, I thought that I would skip the Lion Park, as we’ve visited that and the Lion and Rhino Park before.  We were considering visiting the elephant sanctuary in Hartebeespoort Dam but they charge R450 (£30) each  for a child’s ride on an elephant, in addition to an exorbitant entrance fee.  The idea was to spend quality time around animals with our nieces but not to put pressure on the adults during an expensive time of year.

In the end, it was an easy decision.  I love the Lion Park because of their important conservation work and the incredible achievements they have made in breeding rare white lions.  Most importantly, both children and adults get a chance to get really close to lion cubs, giraffes and other wildlife in a fun, educational setting.

We arrived early in the morning and booked a Guided Day Game Drive.  These drives are not cheap either but for the entrance fee of R225 (£16) for adults and R140 (£10) for children, you get access to the Cub World and a 1 hour game drive with a brilliant guide. 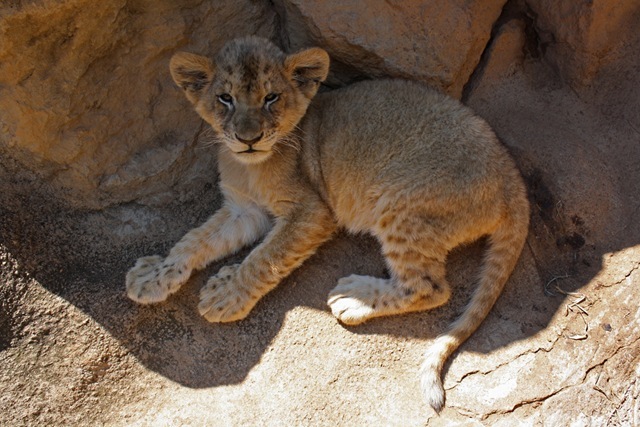 While we were waiting for our allotted time on our game drive, we spent some time in the cub enclosure and it was incredible. I feel so inspired and alive after spending time with these animals and I love their quirky personalities.

The little cub above was not having a good day.  He was hot and bothered and had snarled at me when I extended my hand toward him.  I was really scared (honestly, I was!) but I absolutely understood, it was over 30°c that day. 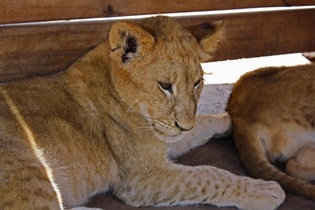 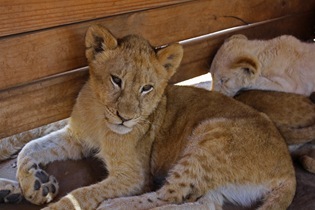 These two cubs were a little bit more relaxed but they were also lazing in the shade, away from the harsh glare of the sun.  Aren’t they pretty? 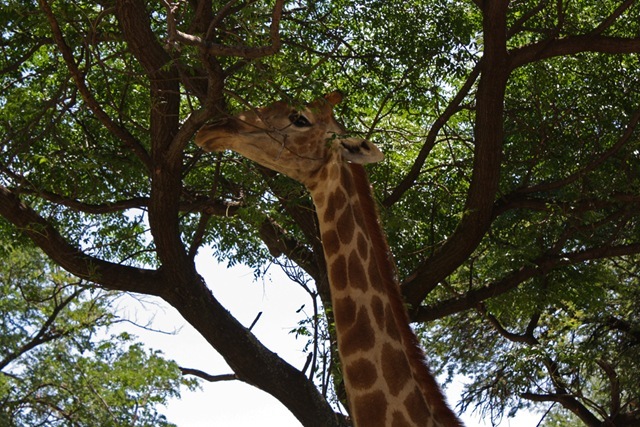 I’ve been fortunate in my life and have had lots of encounters with lion cubs but this was the first time I came this close to giraffes.  They are just the funniest creatures! They seem more interactive than horses but I couldn’t quite shake the feeling that we were there purely for their amusement. And giraffe feed, of course. 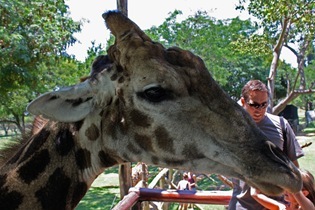 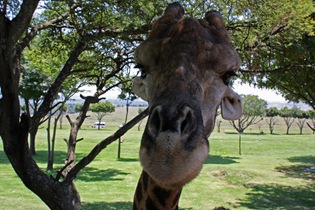 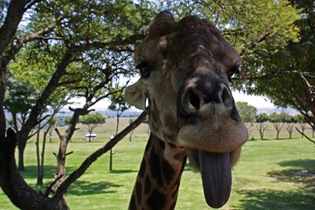 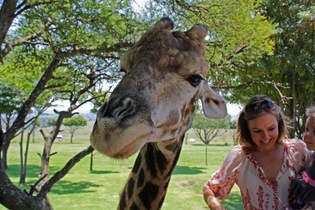 Giraffes have the stickiest tongues ever.  Seriously, I appreciate my dogs now. 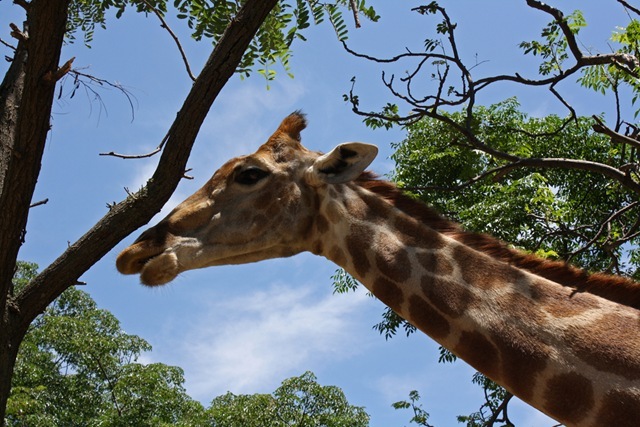 Did I mention that it was a gorgeous, sunny day?

Walking underneath giraffes was a bit strange because they tower over you.  I was immediately reminded of scenes in Jurassic Park when the dinosaurs towered over the humans. 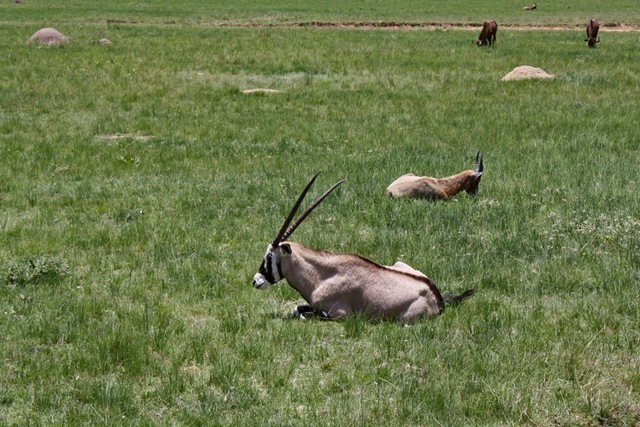 It was soon time for our game drive.  I didn’t take too many photos during the drive because it was difficult to do so out of the truck and I was also preventing my little nieces from popping their arms out of the open windows.  The first part of the drive is through the open plains area where you can see Springbok, Wildebeest, Blesboks, Zebra and my absolute favourites, Gemboks.

You then drive into the enclosures where lions, cheetahs and wild dogs are keep (well apart from each other, I might add!) 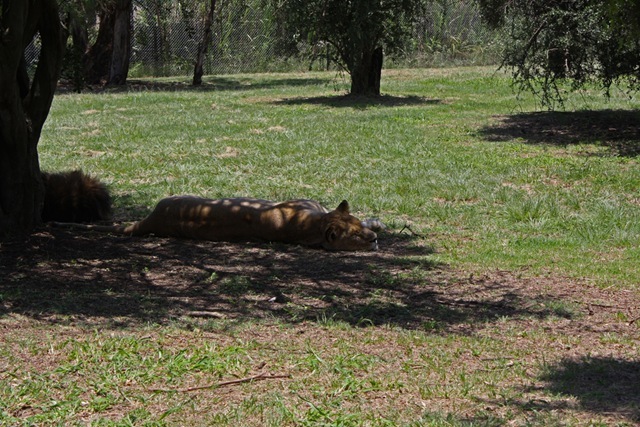 The Lion Park offers night drives which are definitely recommended as you tend to see a lot of sleeping lions when you visit during the day.  You can also self drive through the park in your own car and that is also recommended as you can get truly close encounters with full grown lions then (as you can see in my previous post). On this occasion, however, this was the best decision as the guide was funny, knowledgeable and brilliant and the children loved it. 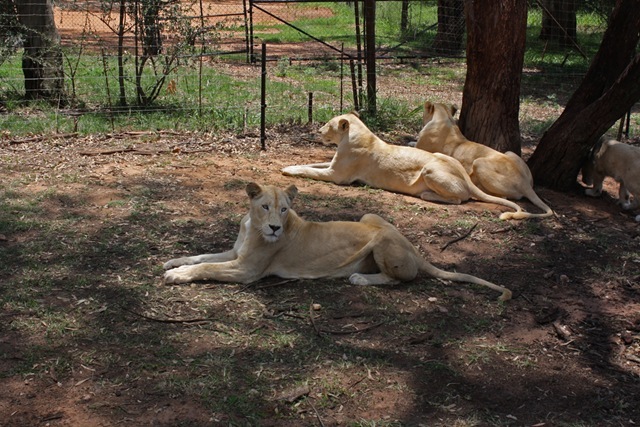 The Pride of Africa. 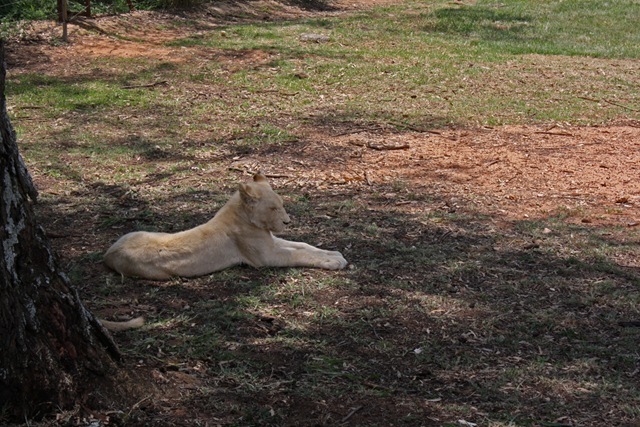 And an even prouder lion cub. 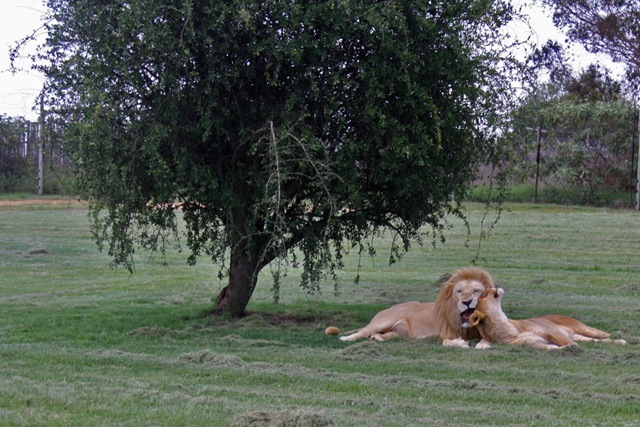 You generally see one male lion living with a pride of lionesses and cub and it is no surprise that you see far more lionesses than lions.  I quite liked this loving couple. 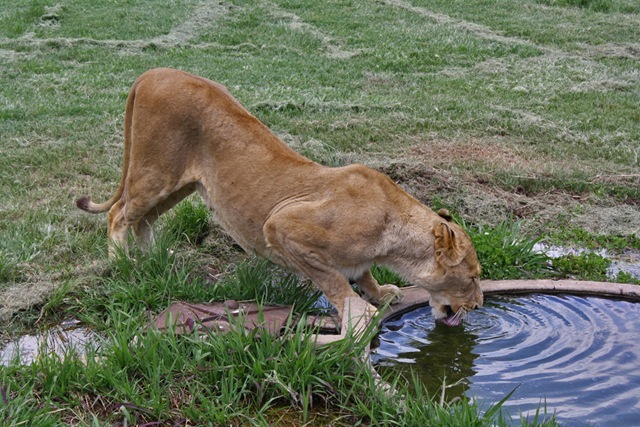 This was the closest we came to the pride when a lioness came to drink water right beside our truck.  Look at that stunning muscle tone and shiny coat.  The lions are really well cared for at the Lion Park. 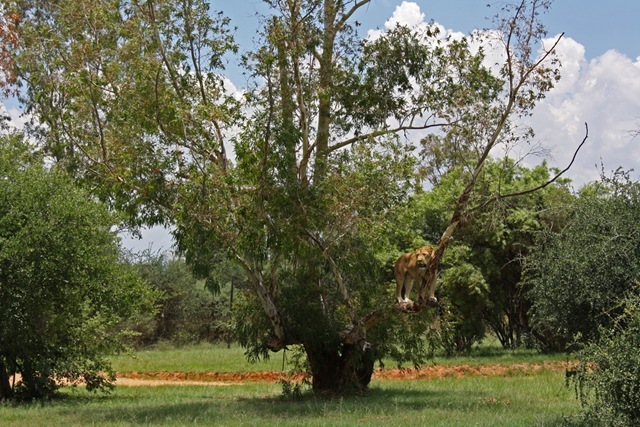 We were really amused to spot this lioness in a tree.  Lions are not the greatest tree climbers and it is usually leopards that will climb into trees and even drag their prey into trees to eat.  This lioness was very irritated and was getting quite vocal in her displeasure.  Did I mention that it was hot? 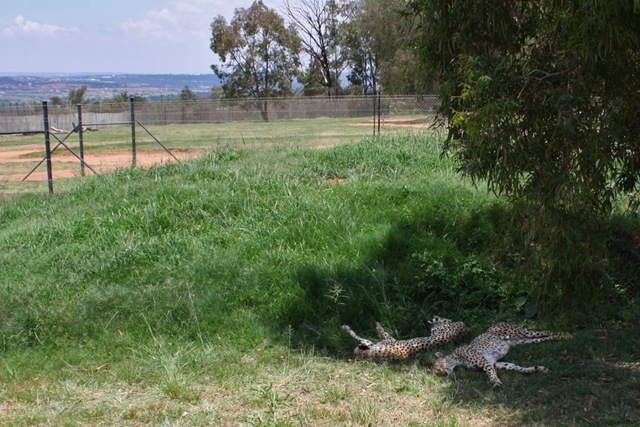 On our way out of the park, we almost missed this lazy pair of cheetahs.  Cheetahs are really beautiful and the most tameable of all the big cats.  Unfortunately, that does not mean you can keep one as a pet, even if the ancient Egyptians thought that was a good idea.  Click to read about my last encounter with a cheetah (and lion cubs!) here.

I would absolutely recommend the Lion Park, especially if you are mixed group with adults and children.  Me? I’m counting the days until I go again and I won’t try to convince myself otherwise again.