Johannesburg has so much to offer in terms of history, culture and entertainment but what makes this city outstanding is the people.  If you take the time to speak to them, you will find that Johannesburgers are friendly, helpful and above all else, curious.  These are my five favourite portraits from the time I spent in the city. 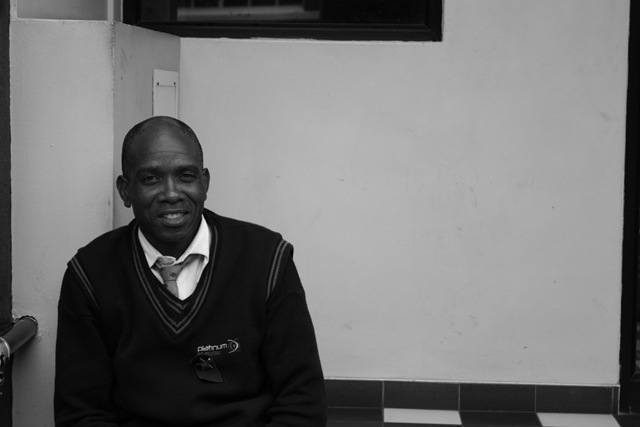 I’d read a couple of accounts of security guards chasing photographers away in Johannesburg but there was nothing of that sort here.  As we walked past this security guard, I caught his eye and greeted him.  This is considered good manners in South Africa as we don’t ignore people and pretend we don’t see them as is the European custom.  Naturally, he returned the greeting in that open and friendly South African way and we continued on our way.

Of course, he was quite curious as to why we were taking photographs and a little intrigued when we said that it was just for fun.  I asked if he would like me to take his photograph and he quite proudly agreed to pose.

The pin that he is wearing on the left is a ZCC badge.  That means that he belongs to the Zion Christian Church, one of the largest African initiated churches. 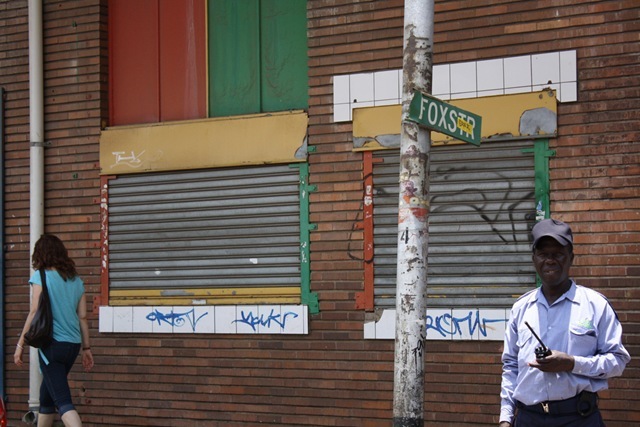 It has been a long time since I’ve wanted to park a car in Johannesburg’s downtown, at least twenty years in fact, but that is precisely what we wanted to do when we visited the regeneration district in Maboneng. I rolled down the window and asked a man if there was a parking garage nearby and he contacted a colleague on his walkie-talkie. “Just drive down there”, he said pointing, “my friend there will look after you”.

And look after us he did.  This friendly car guard directed us into our spot and promised to look after the car for us while we explored The Maboneng Precinct.  We made sure to give him a very big tip when we got back to our car.

Once again, he was quite curious about the photographs I was taking and when I asked him if he would like me to take his photograph, he nodded and gave an emphatic “yes”. 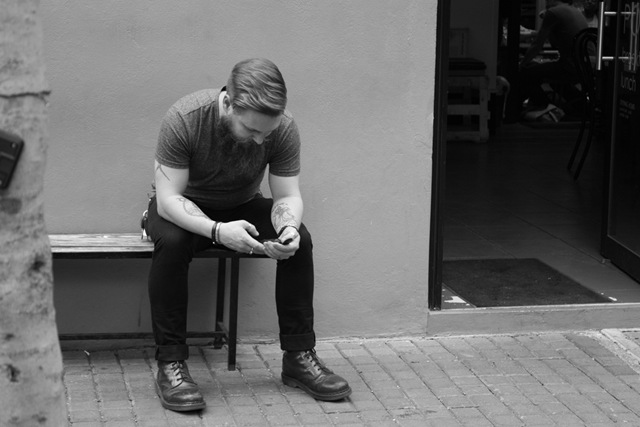 This was the only photograph that I took in secret, without speaking to my subject first.  I thought I recognised this man and he surely would have run in the same circles as me, with his tight back jeans and Dr Martens boots.

I think he might have been working in one of the nearby shops because he didn’t seem to have anywhere better to be.

It was strange that of all the people I encountered, it was this one that I was too shy to approach.  I thought this was a perfect moment to capture in monochrome. 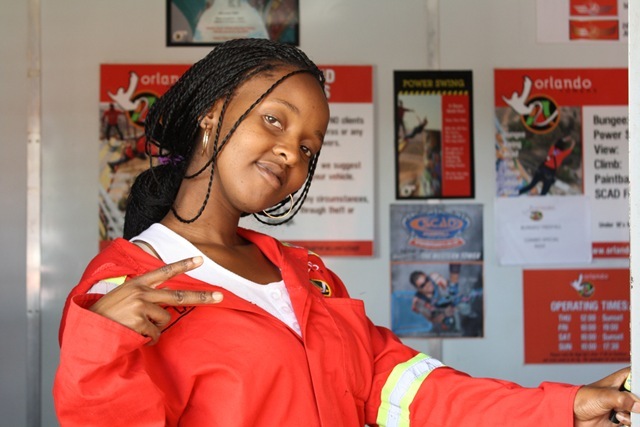 I hope I’ve managed to capture this vivacious, bubbly, confident young woman.  I’d met her a week before the day I took this photograph when I’d gone to Orlando Towers to enquire about doing the power swing.  “No”, she laughed, as if I’d asked the silliest question on earth, “there is no power today”. Cable theft is very common in South Africa but it is slightly ironic that it put the Orlando Towers out of action when you consider that these giant cooling towers were once part of the giant electricity power station in Soweto.

When I went back a week later to do the swing, she laughed at me again when I asked her exactly what it was that I was doing. “Do you really want to know?” she asked with the distinct tone of somebody who knows that some things are better left unsaid.

This young woman was infinitely cooler than me and immediately struck this pose when I asked if she wanted me to take her photograph.

(The title comes from a song by a local comedic rap artist Jack Parow, “Cooler As Ekke”). 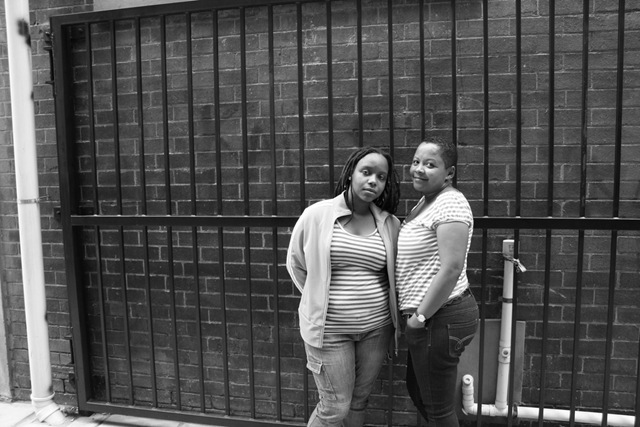 While I was taking some photographs in an alley way in Braamfontein, these two ladies asked me if I wanted them to move. I explained that no, they were more than welcome to stay and that I would make sure I didn’t take photographs of them.  They carried on talking and smoking and I carried on photographing.

It wasn’t too long before their curiosity got the better of them though, and they asked, “why are you taking photos anyway?”. I explained once again that it was just for fun but that I have a blog.  I asked if they wanted me to take their photograph and they said yes.