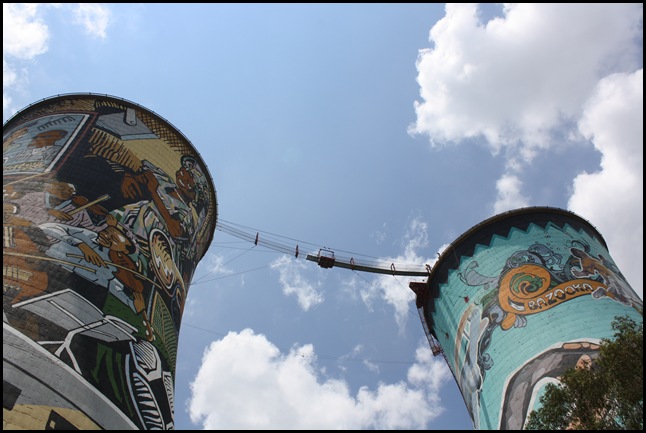 Wherever you are in south-west Johannesburg, you can see the cooling towers of the former Orlando Power Station looming on the horizon. They are perhaps the most prominent, recognisable landmark in Soweto and were painted in bright, vibrant colours once the power station was decommissioned in 1998.

The cooling towers were built in 1951 but construction for the power station began during the Second World War.  The power station once served the whole of Johannesburg.

Nowadays, Orlando Towers is famous for a far more exciting reason. You can catch a lift to the top of the towers and descend by bungee, power swing, base jump or freefall. I’ll tell you all about that madness in another post. On the first day we visited the towers, there was no power because the cables had been stolen. How ironic and how very typically South Africa.