Must see: “Extinction” at the Natural History Museum

These are the questions being answered in an excellent new exhibition at the Natural History Museum in South Kensington.  Extinction: Not the End of the World? goes beyond dodos and dinosaurs to explore the crucial role extinction can play in the evolution of life. 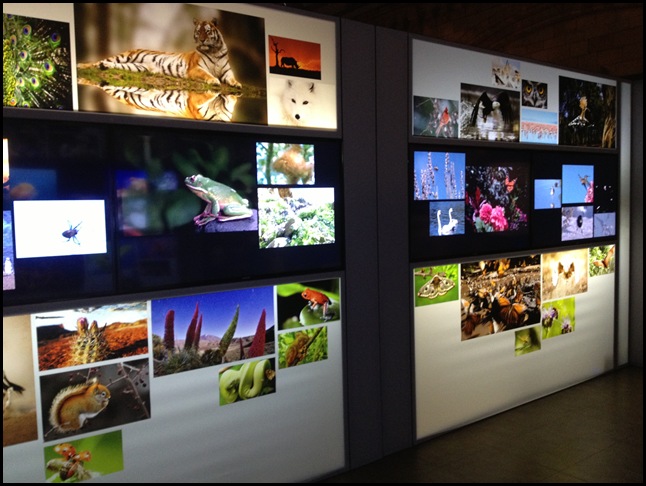 The quality of this exhibition is fantastic and this was immediately apparent when we walked through the doors and saw the visual display. Naturally, my photo won’t do it any justice at all but some of the photographs were so good that I felt as if I were inches away from the real thing.

Inside the exhibition, we learned all about extinction. I had not previously realised that there were several mass extinctions in the history of Earth. The most famous is the Cretaceous-Tertiary mass extinction in which the dinosaurs perished but perhaps the most frightening was the Permian mass extinction or “The Great Dying” in which 96% of the world’s species died out.

We learned about background extinction, the correct term for “natural extinction” or the gradual extinction of species over time due to environmental or ecological factors but we also learned that man is speeding up the rate of extinction by contributing to global warming, destroying delicate ecosystems and habitats and mass deforestation.

It was interesting learning that man’s contribution to extinction isn’t necessarily a modern thing and may have occurred in human migration and colonisation hundreds, if not thousands of years ago. In the photo below, you can see the antlers of a Great Irish Elk. The world was once full of great mammals such as the Irish elk, sabre-toothed tiger and woolly mammoth. Man most certainly hunted these animals or in the case of sabre-toothed tiges, hunted their food source. 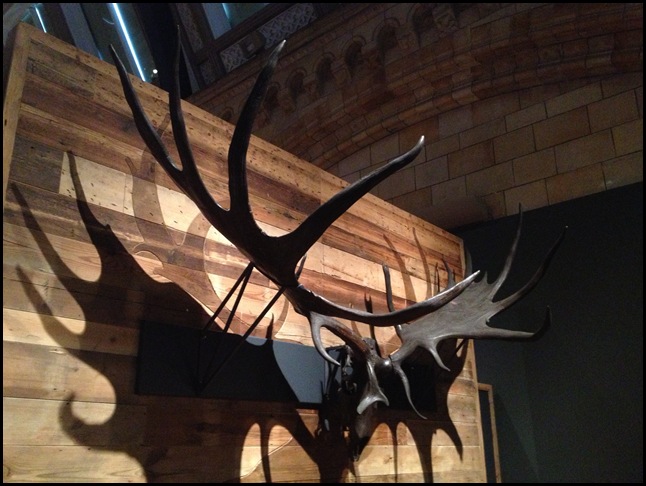 The exhibition showed the decimation and destruction of the island of Mauritius.  Not only was the dodo destroyed by pests introduced by settlers on the island, but deforestation has occurred in the extreme and the entire ecosystem destroyed. This is why we protect against environmental harm, to prevent a reoccurrence of this sort of harm.

The exhibition featured fantastic exhibits donated by the Metropolitan Police Force and included items that had been confiscated and were illegal. It is simple staggering to see the kinds of items that people trade in, including a fur coat made from a tiger’s skin and a tiny, taxidermyed tiger cub.

Extinction: Not the End of the World? is one of the most thought provoking and interesting exhibitions that I have visited in recent years. Situated in the Jerwood Gallery, Blue Zone of the Natural History Museum, the exhibition is running over the whole summer until 8 September 2013. Tickets are £9 for adults and £4.50 for children and you can finish off a perfect day with a visit to the free dinosaurs gallery across the hall to apply all that you’ve just learned about extinction. This is one exhibition that I would wholeheartedly recommend and it is a great day out.

Watch the trailer for the Extinction: Not the End of the World? below.

I’d like to thank the Natural History Museum for inviting me to the exhibition. I was really happy to go along because this is one of my favourite museums and as always, all opinions herein are my own.