The road into Polperro is long and winding, passing by small roadside shops and field after field of countryside and farms. After the last bend, you pass the petrol station and suddenly you’re at the top of Polperro, with the town running down the main road ahead of you. Crumplehorn Inn is on the left and you’re strongly encouraged to park in the car park on the right for no cars are allowed in the town itself. We’d driven this route a couple of times in the week that we were in Polperro and by the Tuesday I was beginning to get rather antsy. I could see that there were footpaths in and out of the surrounding countryside and I was really keen to get out of the car, venture further than the town itself, and take a nice, long walk. The problem was that I really didn’t know where to start and I was wary of starting a country walk that could lead to a half marathon (which is a definite possibility in England). I searched online for “Walks in Polperro” and was lucky to find this gem of a site with two suitably long walks: Polperro Walks.

We chose the 5 mile circular walk from Polperro to Talland, returning to Polperro via the coastal path. Before we left, we traced the route on Google Maps and invited my parents to come along. We learned the hard way that you cannot detect contours on satellite views! Let’s just say that we’re lucky we ran into difficulties on the very first stretch when my parents could still turn back because it the route was pretty steep and arduous at times.

Of course, that is not what I remember; what I remember is that the weather was perfect for a long walk and we saw some spectacular scenery. I also remember walking backwards up one stretch of the coastal path because it was too steep and too lengthy to walk up normally!

The walk took us three hours in total but we weren't counting the minutes. We just took the time to open our eyes, be in the moment and really appreciate our natural surroundings. 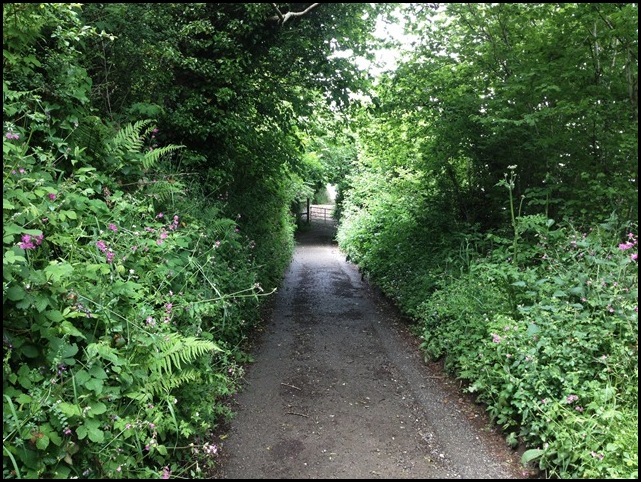 We began our walk in Longcoombe Lane and straight away we entered a leafy, single track road. There was barely enough space in parts for us to walk side by side so I’m not too sure how a car would fit! Luckily we only encountered one car on our journey and that one was hooting furiously down the road to warn us of its approach. 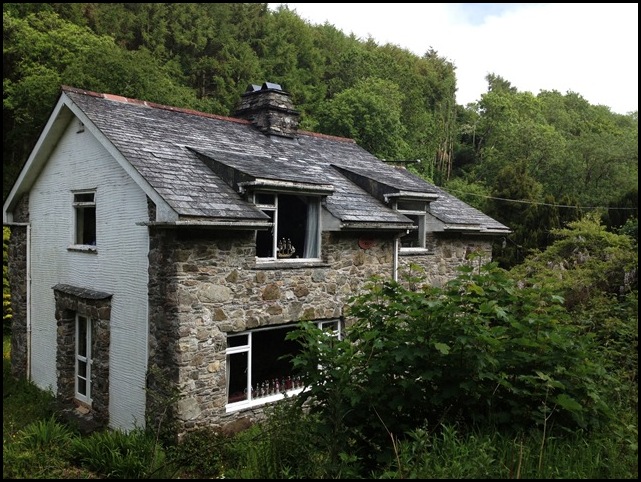 We soon arrived at Longcoombe Mill and naturally I took a photograph, much to the bemusement of the owner. He probably rues the day that local websites included his home as an attraction!  Needless to say I quickly put my camera away once he spotted me.  According to a plaque on the wall, what we see now was rebuilt in 1970 but the mill itself was built in the 13thcentury. The original mill was built by monks as a fulling or tucking mill, one where you process wool. 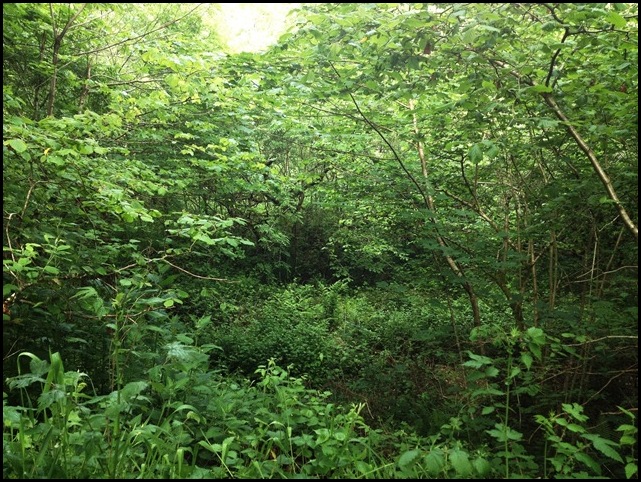 After we passed the mill we began to walk deeper and deeper into the countryside and were soon we surrounded by abundant greenery. 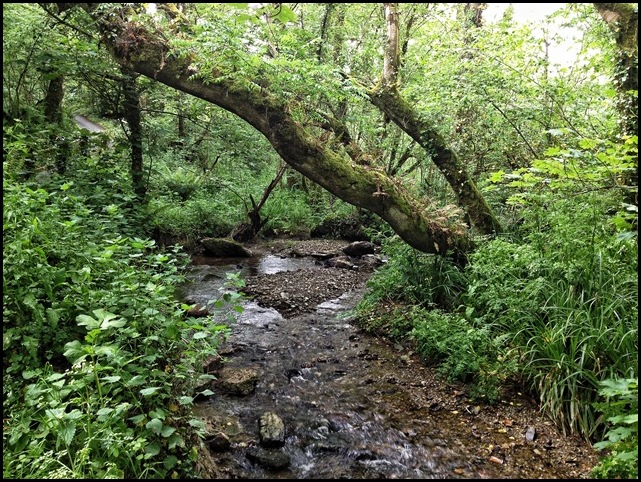 We crossed over a brook and spent a long time watching a mother duck and her flock of ducklings make their way downstream. It was an exercise of bravery and daring; which duckling would be willing to brave the unchartered rapids and who would be first to jump in after the intrepid explorers? 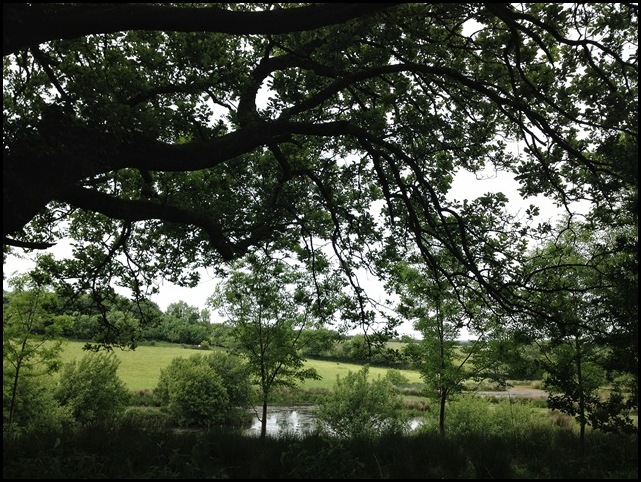 We walked ever deeper into the forest and were surrounded by ancient trees with their towering heights and gnarled barks. This is how trees should be - free to grow without interference, with branches shooting off in all directions. 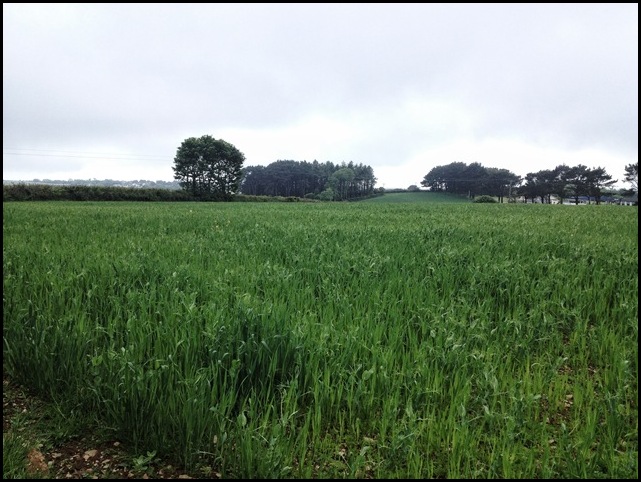 Our path took us into the valley and back up into the hills again. We began to pass fields and farmlands. We didn't get to see any sheep or cattle but we could hear their excited chorus from behind the hedgerows bordering the farms.

After a while, we arrived at the main road. We had walked two or three miles by then and I glanced longingly down the road leading back to Polperro. Alas, my evil husband insisted that I complete the full five mile walk as planned. He can be quite the taskmaster when he thinks it is for my own good. 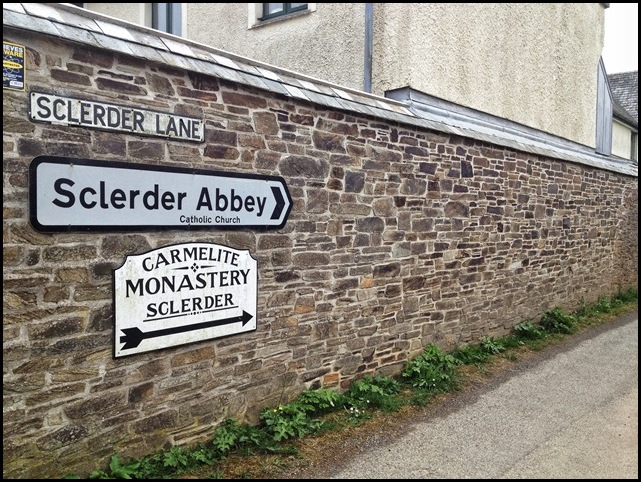 before long, we arrived at the picturesque Sclerder Abbey. Sclerder is a 17th century Carmelite Monastery and home to an enclosed community of nuns. 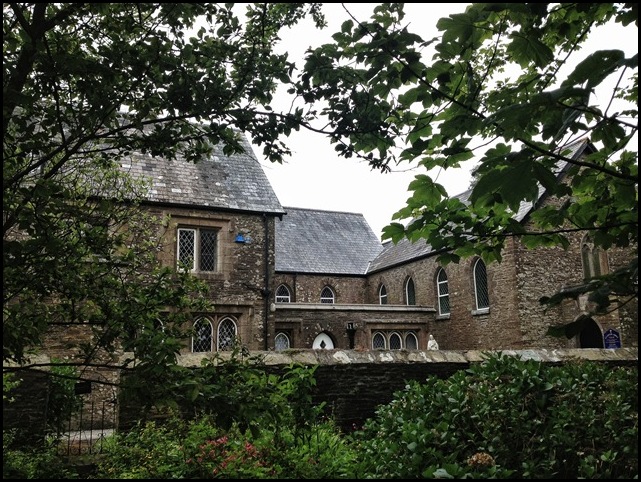 As you can imagine, Sclerder is a place of private reflection and not too welcoming to a pair of day trippers exploring the Cornish countryside. Nevertheless, we took a walk around the outer buildings and were able to admire the foreboding architecture. I have to admit, if I were to conjure up images of a severe Catholic nunnery, this is exactly what I would imagine. 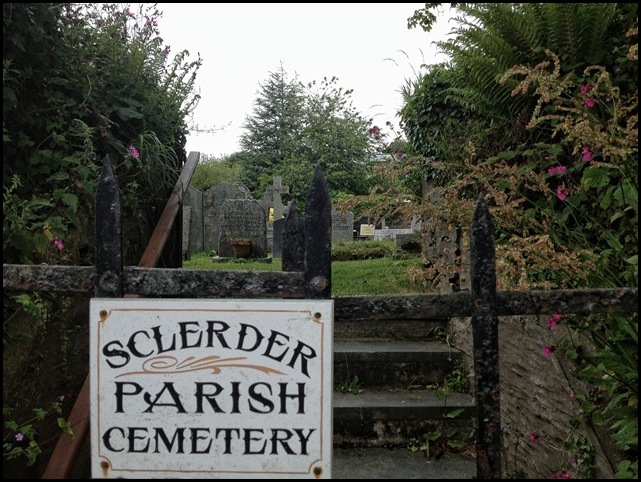 I was quite interested in exploring the Sclerder Parish Cemetery but Stephen was quick to nip that idea in the bud. "No sweetie", he said, "that's really dark". I was quite incredulous in my response, given that I was quite the coffin kid before I met him. He did warn me once that if I had dressed like that when we met, we would never have got together. 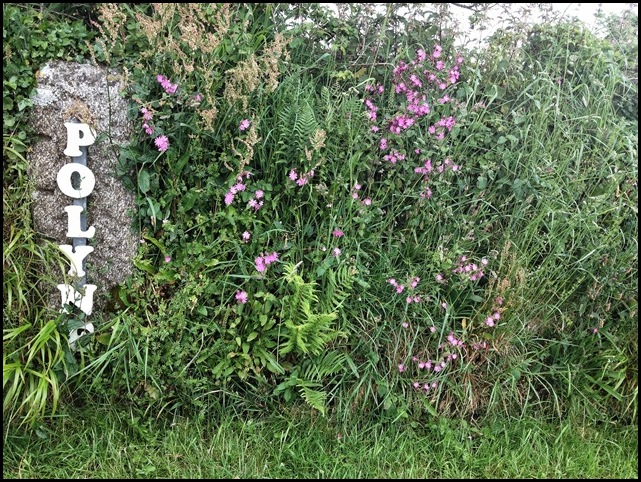 After dragging me away from the cemetery, we walked across the road and realised we had reached our half way point at Polyne Farm. Would we ever finish our walk? Would we reach the coast and see the sea before winding our way back along the coastal path to Polperro? We certainly would but I'll have to save that story for another day.