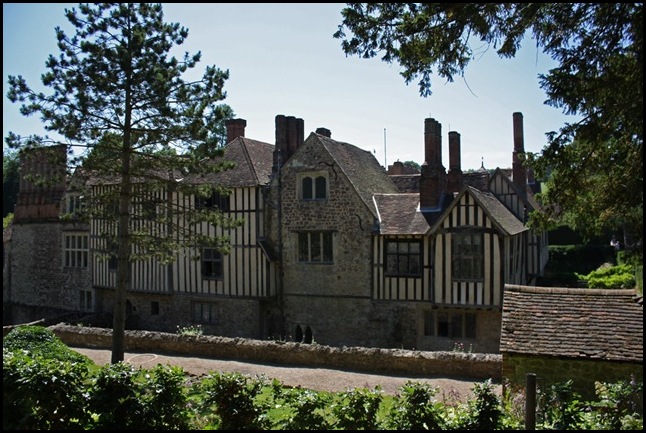 Of all the counties that I’ve visited in England (and I aim to visit them all), Kent is and always has been my favourite. Kent is the south-eastern most county, the Garden of England and it is an area absolutely steeped in history. The history of Kent is as old as Britain itself. The ancient Briton route Watling Street cut right through Kent and was later paved by the Romans and Chaucer’s pilgrims travelled through Kent to reach Canterbury. Indeed, the name ‘Canterbury’ derives from a word meaning ‘Kent people’s stronghold’.

It should be no surprise that when we chose to move out of London to escape high rentals and interminable grey, we chose Kent.  Of course, my own home is decidedly more modest but recently I visited Ightham Mote near Sevenoaks with my best friend Vanessa and her husband Quentin who were visiting from South Africa. 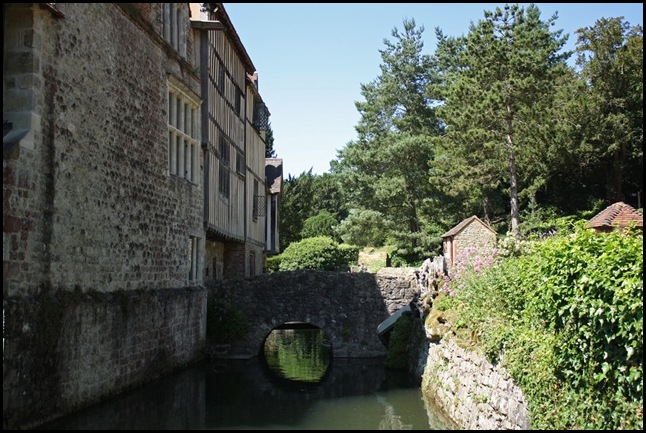 Ightham Mote (pronounced ‘ight’ as in ‘right’ but the second ‘h’ is silent) is a medieval moated manor house surrounded by extensive gardens, with lakes, wooded areas and orchards on the grounds.  The moat runs right around the house itself and would have provided some protection against local thieves and scoundrels. As a manor house, this house would have been built for a feudal lord or other landed gentry and the first recorded evidence of the house dates back to the early 14th century. 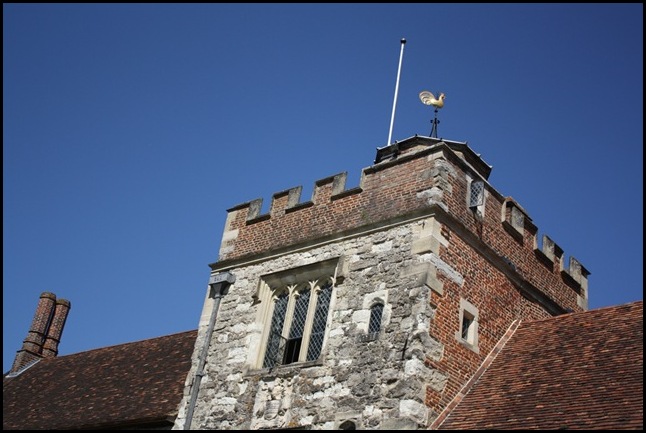 Ightham Mote is an important example of a medieval manor house and relatively few changes have been made to the main structure of the building since the Middle Ages, with the exception of the 16th century chapel. Much of the building itself is simply ancient and there is even some 18th century graffiti scratched into an upstairs window! 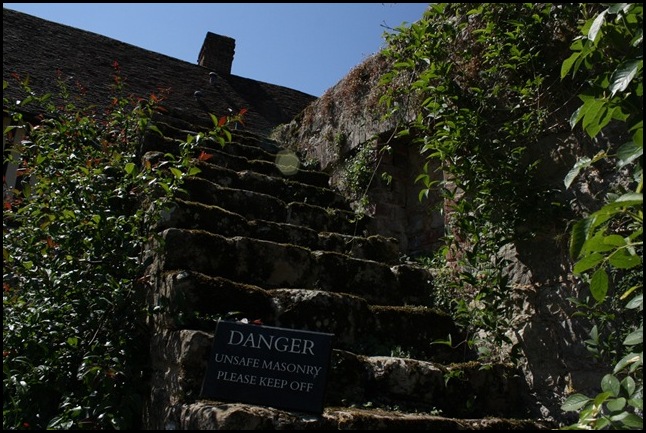 Ightham Mote ignited the child inside of all of us and we spent a long time exploring the gardens and taking photos of the exterior of the house. 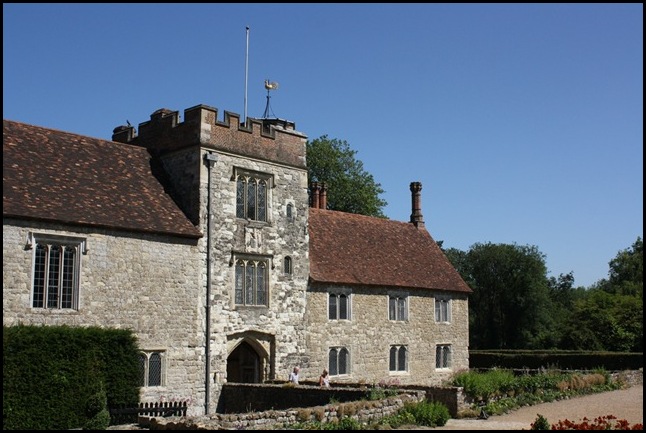 It is no surprise that Ightham Mote is a Grade I listed building but it also has the only Grade I listed dog kennel in the United Kingdom.  The kennel (pictured below) stands over two metres tall and was built for a female St Bernard called Dido in 1890. She must have been a very big girl indeed. 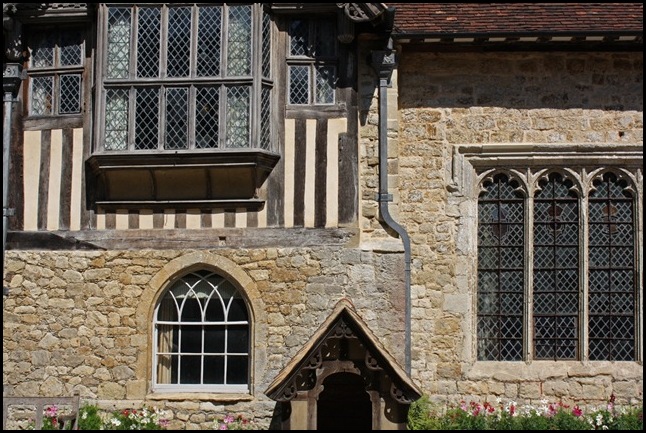 The house is built around a completely enclosed courtyard which was lovey and cool on the day that we visited. I enjoyed the chance to get a closer look at the detail of the building and the stained glass windows. 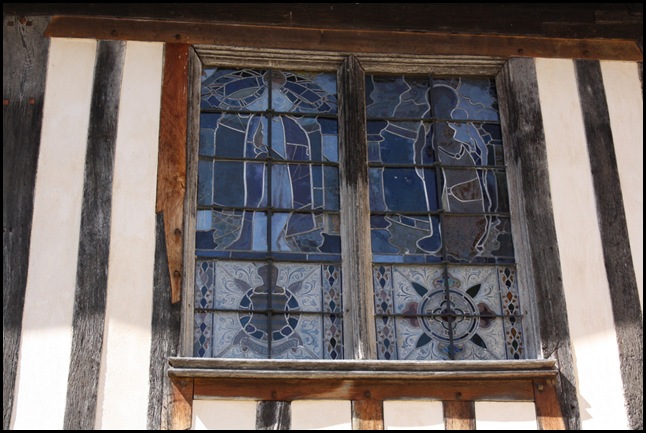 I especially loved the clock tower with its original bell and one-handed clock which was built in 1798. The bell only strikes the hours. 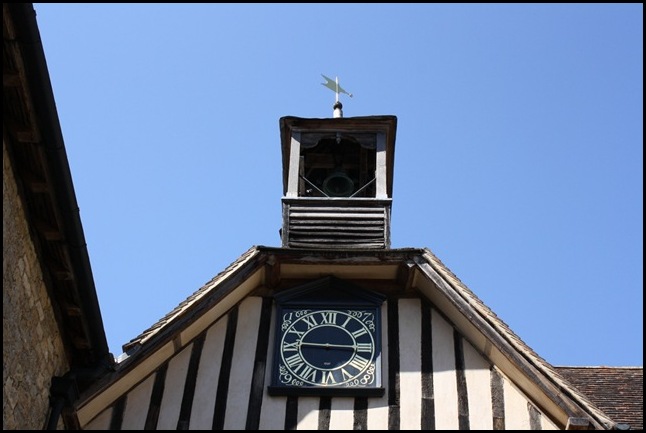 We were told that the house had been owned by many people over the years including “Medieval knights, courtiers to Henry VIII and high society Victorians” but that it was gifted to the National Trust by Charles Henry Robinson in 1985.  Thank goodness for that; Ightham Mote is an excellent day out and the interior is even more exciting than the grounds. That is a whole other post though! 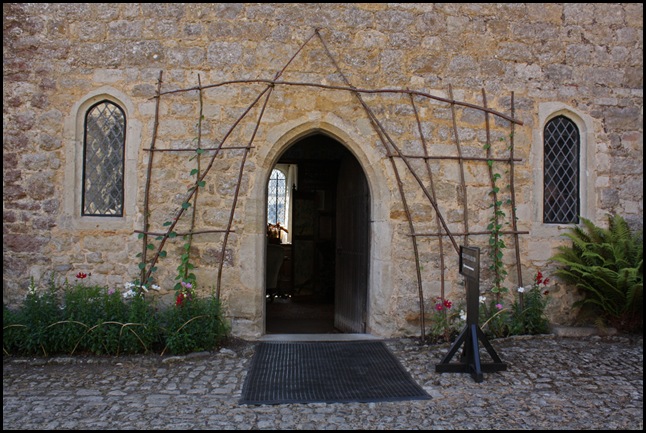 Have you ever visited a grand old manor house, palace or castle? Which captured your imagination the most?